I'm finally heading up to my first Pirate game of the year this evening. I start getting antsy this time of year when I've yet to make it to one. Unless I go to Opening Day I tend to skip April as the weather is unpredictable, but normally don't wait this long into May to hit my first. My goal every year is to hit 10, so I'll have to pick up the pace this summer.

Tonight the Pirates play the Twins so I'm happy to see a team that doesn't make its way to Pittsburgh all that much. While interleague has lost most of its luster, it does break up the monotony of the unbalanced schedule. Plus the Twins have been playing well so it should make for a fun game.

The second set of good news is that I was able to buy some tickets for opening day of the Pirates new short season affiliate the West Virginia Black Bears. Here are the uniforms that were just announced. I'm very excited for this since the stadium is so close to my house. The towns response to the new stadium has been fantastic so I think the Black Bears will be a hot ticket. Opening Day is June 19th. 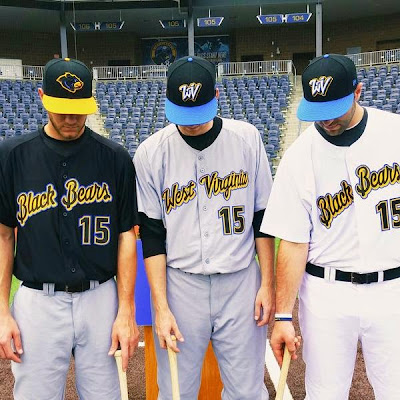 The hat on the left is pretty cool. 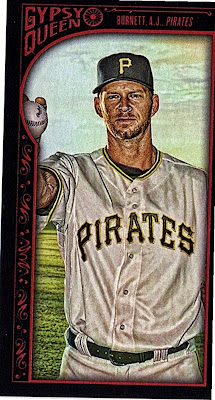 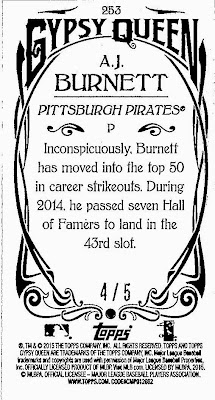 I've been wanting to add some Burnett cards to my collection. He doesn't have any Pirate autos so parallels were the next best option. Burnett's prices on eBay are very team dependent. Anything high end featuring him as a Yankee, Blue Jay or Marlin are super cheap. When you put a Pirate uniform on the card it sends the price up. I paid $10 for this card. Not a great deal, but not expensive enough to cause any buyers remorse.

Burnett found out firsthand the value of shifting when he left Pittsburgh to sign a 1 year deal for 15mil and a mutual option for year 2. Burnett's ERA skyrocketed while his peripheral stats stayed close to his Pittsburgh numbers. After the season Burnett denied his player option of 12.5 million and signed with the Pirates for just over 8.5 million. It was an interesting story as he told his agent to negotiate only with the Pirates. When it was all said and done Burnett gave up 4 million to play his final season with the team that helped revitalize his career. He has been terrific so far this year as you can make the case that it was the best free agent money spent thus far in all of baseball.

Right now his ERA is 1.38. While he won't be able to sustain that his FIP is just a shade over 3. Pirate pitchers generally beat their peripheral numbers because of the shifting so he has a legitimate shot to have one of his better seasons. Either way the Pirates are getting excellent value from Burnett.

Thanks for reading!
Posted by BobWalkthePlank at 4:50 PM