Kevin and I are moving right along with the box breaks. This time Kevin chose a box of 2004 UD Play Ball. Since I got the NL teams in the Turkey Red break it was my turn for the AL minus the Blue Jays.

Overall consensus was that this set left something to be desired, but the box did yield some decent cards. Here are some of my highlights. 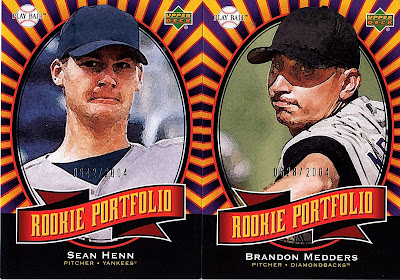 All the rookies are numbered to 2004. As you can see not very big names, but that would have been the case no matter what. The checklist is pretty much void of anybody that played a significant role in the majors. Jay Gibbons may have been the best of the bunch if that tells you anything. 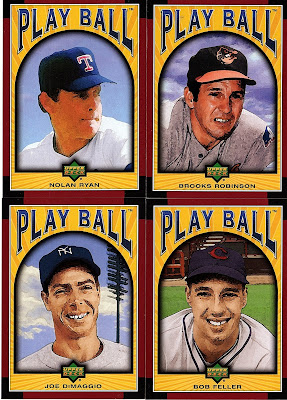 A nice mix of Hall of Famers. I guess my biggest complaint about the set is that the base cards just don't bring a lot to the table. I tend to like cards based on photo and use of space. The Play Ball border seems to take a lot away from the card. 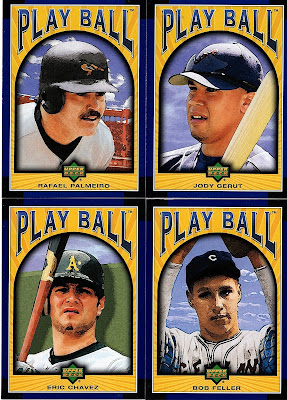 While Kevin got the best numbered parallel, I ended up with a nice mix of the blue parallels. While not super exciting I did like the Bob Feller. You can see how the Feller is different in the parallel from the base card above. 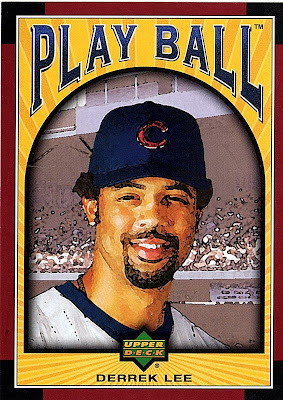 The relic hits from the box were actually good names. Kevin pulled a Piazza jersey that was numbered to /250. I got another catcher... 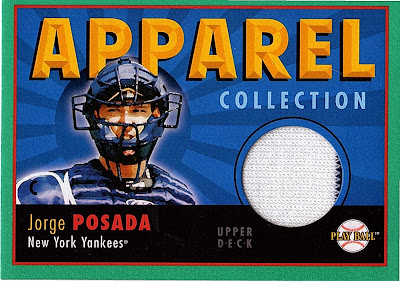 If I can't hit Pirates you always want to pull something that can be easily traded to another blogger. Yankees fit in that category nicely. I always liked Jorge Posada. He was a model of consistency for the Yankees. While his numbers fall a little short of Hall of Fame worthy it was a pretty remarkable career. 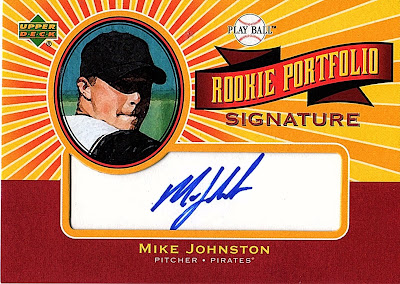 The final hit from the box was a Pirate. It was a rookie auto of Mike Johnston. While Johnston's career never really amounted to anything, it is a nice to get a Pirate auto nonetheless. 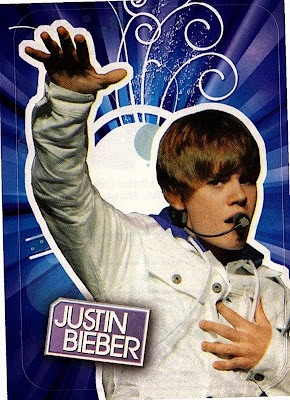 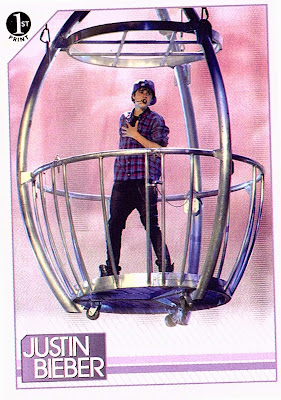 Cards of some Canadian girl.

I'm sure Kevin would agree with me that we would probably not go after any more of this product unless it goes crazy cheap. Since neither of us really liked the base set and the rookie checklist leaves something to be desired, you are pretty much hoping for good hits. While neither of us cleaned up hit wise, we both at least got players that are easily moved to other bloggers. The best aspect of Play Ball in my opinion is the strong relic checklist. You are pretty much guaranteed to get a big name.

Well Kevin it is my turn.....I'm thinking Diamond Kings! I've been monitoring the price for a while. Seems to be right in our wheelhouse. I'm sure I'll pull you a Babe Ruth cut auto.


Posted by BobWalkthePlank at 9:07 PM