I'm often jealous of those who get to go to card shows on a regular basis like Dennis from Too Many Verlanders. He always seems to find great stuff for his collections to go along with a great place to stock up on trade bait. Northern West Virginia is pretty much void of anything resembling a card show or shop. Sometimes I'll see the southern part of the state has shows, but a 3 hour drive is a pretty big gamble for a mall show. I probably need to be checking Northern Virginia and Maryland as that would be much closer.

Back in the mid 2000's I would frequent many of the shows in the Pittsburgh region. I'm only about an hour outside city limits so I can get up and back in a relatively short time. The issue with these as Mark from Battlin Bucs often talks about on his blog, is that the same dealers set up with outdated prices. After witnessing firsthand a dealer trying to take advantage of a poor Mom trying to buy cards for her kids I vowed not to go back.

All is not lost when it comes to shows. Ever since I started blogging I've been the recipient of tons of great cards from those who get to frequent more buyer friendly card shows.

This time around Dennis warned me he was changing things up on me. Our trades usually have a "hit" theme as we supply each other with current Tigers/Pirates and Wolverine/Mountaineers. As you will see below I can say with 100% certainty that I don't mind "a change of pace." 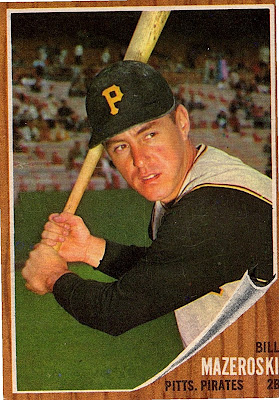 1962 Maz is a great way to start. I have a pretty nice Maz collection, but most of it is modern autographs. Thanks to generous bloggers like Dennis this is changing rapidly 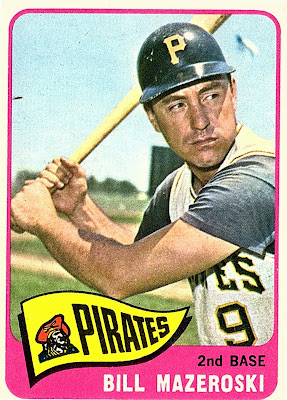 1965 Maz! By this time in Maz's career he was a household name having 5 gold gloves and 6 All Star games under his belt. 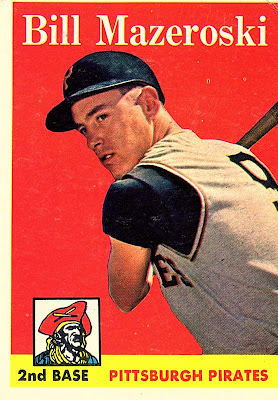 1958 Maz! I'm not very good about putting things in yearly order, but this was my favorite card of the bunch. This is just a sweet looking card featuring a much younger looking Maz. Great stuff Dennis! 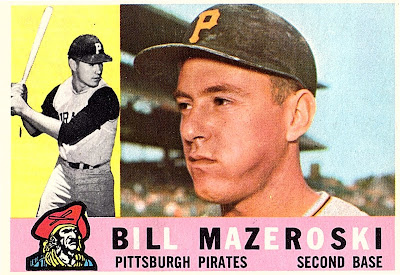 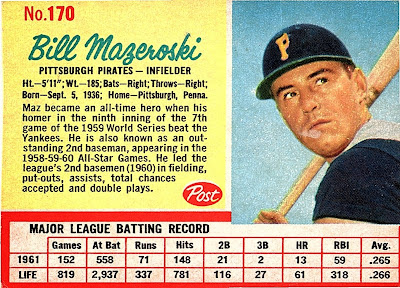 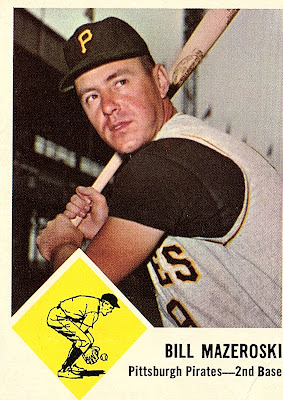 5 Great Maz cards to get the ball rolling is a great way to start out a trade package, but Dennis was far from finished. 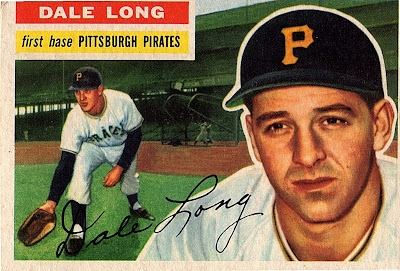 Dale Long only played a couple a seasons with the Pirates, but they were by far his best in the majors. 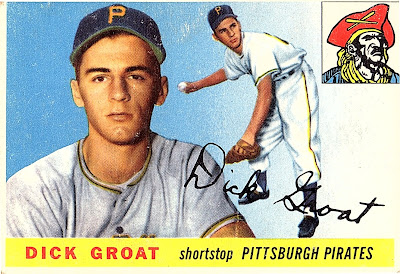 This 1955 Groat is a great looking 2nd year card of the former MVP. Groat was two sport star professionally, but switched to baseball permanently after one year of professional basketball. 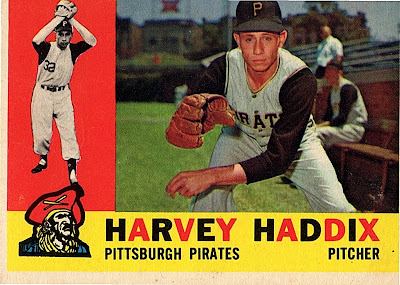 Could you imagine pitching 12 perfect innings and losing 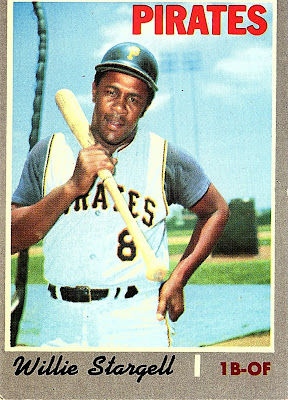 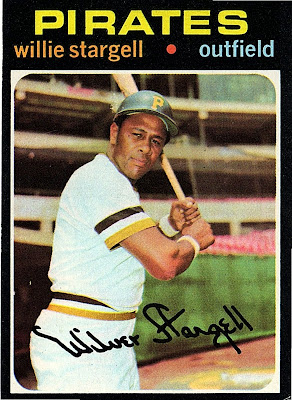 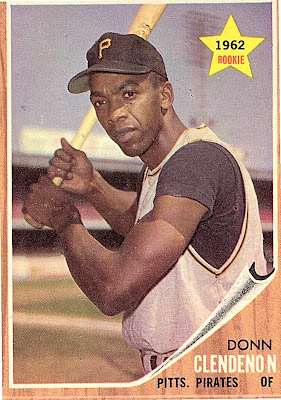 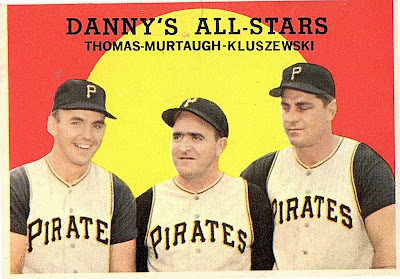 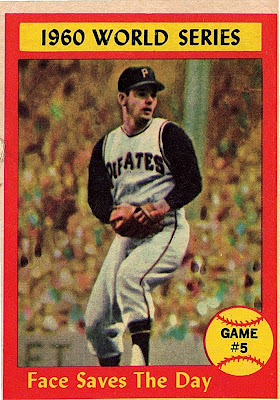 One of the first "modern relievers" Elroy Face. 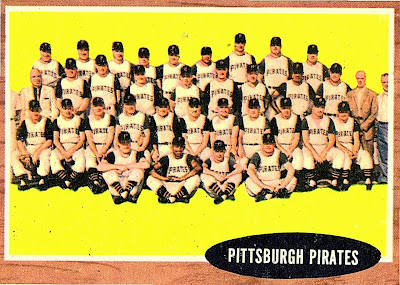 It looks like the guy on the far right is wearing jeans. Casual Friday! 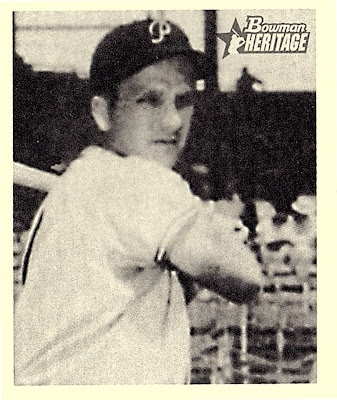 It wouldn't be a trade package from Dennis if he didn't toss in a few WVU cards. Amos Zereoue was one of the first star WVU players that I could really grasp onto as my comprehension of sporting events was maturing. At this time I was in junior high school and got to see first hand how awesome he was in person. I think it goes without saying that he quickly got the nickname "Famous." 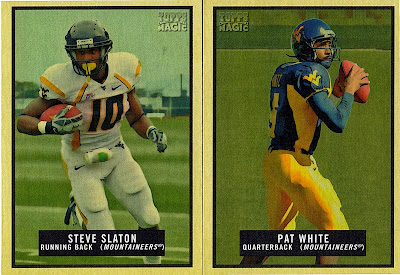 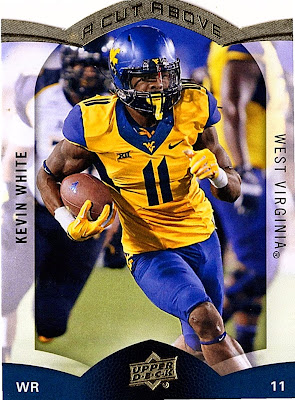 My first Kevin White card. I was happy to see him get drafted by the Bears. Cutler is not an accurate quarterback, but he can throw the deep ball. That plays right into Kevin's game. I think he should at least be given a situation to succeed unlike Geno Smith. 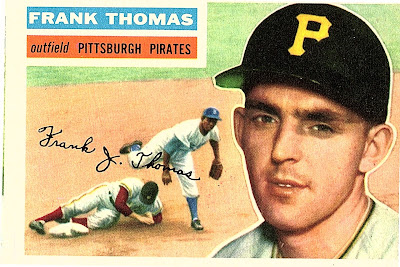 Dennis likes to hear me say "The Original Frank Thomas" every time I talk about Frank. The only reason I do it is because he signs many of his items like that. I feel obligated to say it.

This was some great stuff Dennis. As always thanks for always looking out for me. Like I told you the cards I have ready for you are the opposite end of the spectrum, but I don't think you'll mind.

Thanks for reading!
Posted by BobWalkthePlank at 2:06 PM