The pipeline is strong from Morgantown to France. If I mail something to Kevin on a Saturday he will get it by Friday. So if anybody has any reservations about shipping to him let me be the first to tell you it is very simple and surprisingly fast. We are probably approaching double digit packages sent without an issue.

Kevin and I just wrapped up our second wave of box breaks with him kicking my butt on a box of Turkey Red. The box Kevin chose was 2004 UD Play Ball. I'll be showing those off in the next few days. First, I want to showoff the extra cards Kevin threw in.

The box breaks have worked as a nice bridge to keep our blind trading going at a 1 package a month pace. As usual Kevin had a well rounded group of cards for me. 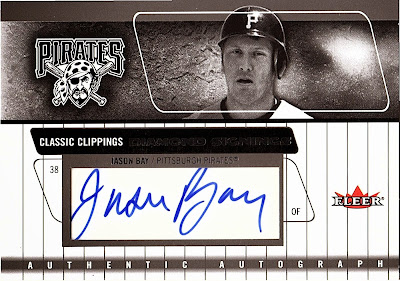 Kevin has supplied me with several Bay auto's since we've started trading. He knows the former Bucco outfielder is one of my favorites. This card is nice and simple. The way an auto should be. 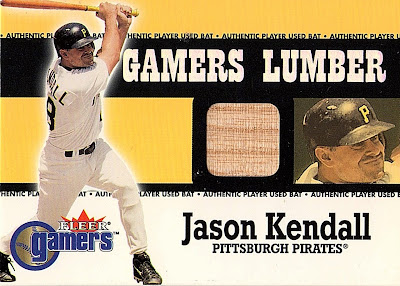 By most accounts Jason Kendall was a huge asshole, but I don't care I wasn't trying to be friends with him. The guy could flat out play. He was a rare breed as he handled the bat and could steal bases as a catcher. 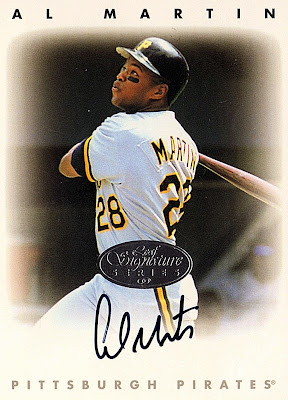 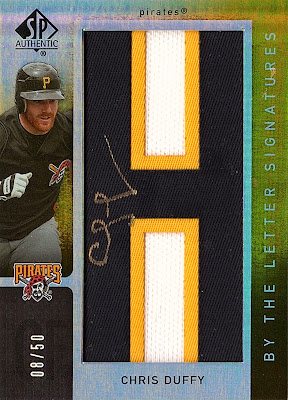 By the letter cards hold pretty good value no matter the name on the card. I've only ever finished two complete sets which one day I will get around to showing on the blog.

Chris Duffy came out of the gates looking like he might actually be a nice player for the Pirates. It turned out to be a bit of a mirage. He blames former Pirate coach Jim Tracy for messing with his swing, but that may have been bitterness. 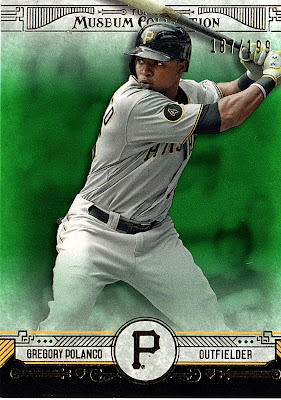 Museum Collection! Polanco! Parallel! A lot to like about this card. 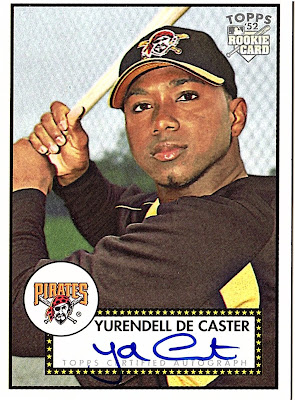 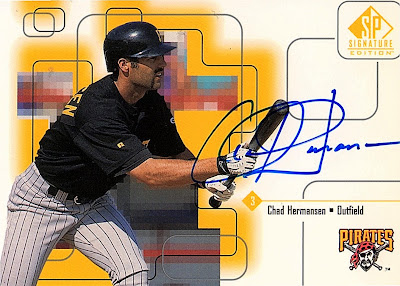 A scout once said of prized prospect Chad Hermansen that "he could walk on water." That may have been true, but he could not hit major league pitching. One of the more disappointing busts in Pirate history. It is amazing how long you can stay in professional ball when you have that "prospect" status. Hermansen actually got time with three other teams before they all realized this guy just didn't have it. 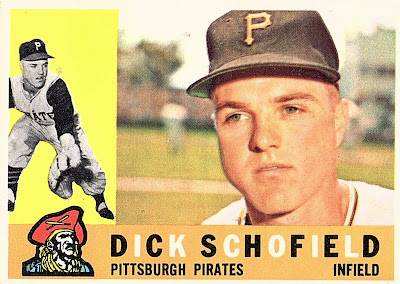 A beautiful 1960 Dick Schofield. This card is in great condition. Schofield played in the majors for 17 years as a utility infielder. 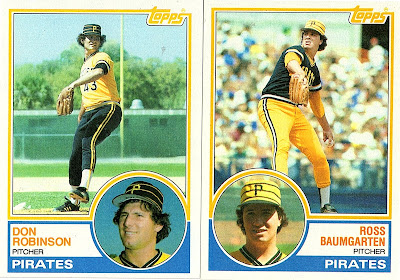 Some 83's in which Robinson and Baumgarten are obviously trying to copy John Candelaria's look. 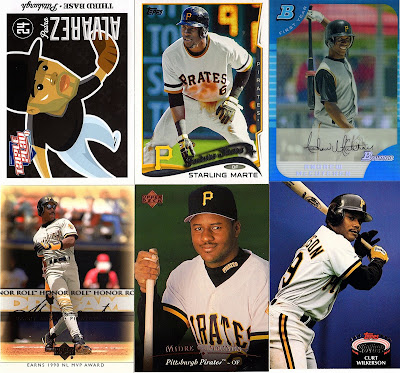 The Cutch is a rookie reprint from 2013. Man, I really miss UD baseball. One of these days I hope they come back. I hope they are saving all their money for a baseball license when the Topps contract is over.

Thanks for all the great cards Kevin. You always send very thoughtful, well rounded packages. I've already got a nice stack of Blue Jays for our next round and actually just got a super cool card on eBay for you tonight.