Recently Chris held another great group break. This time around he decided to go with a mix of newer products with a box of Museum Collection being the grand finale. Overall I did pretty well, especially in Gypsy Queen. Checkout the great stuff. 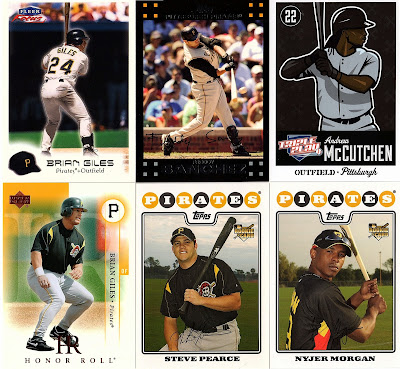 As usual with Chris's breaks he throws in some extras. I've mentioned before that I'm a big fan of Steve Pearce and I'm happy to see him find a home in Baltimore. 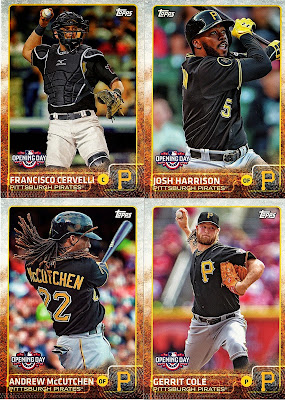 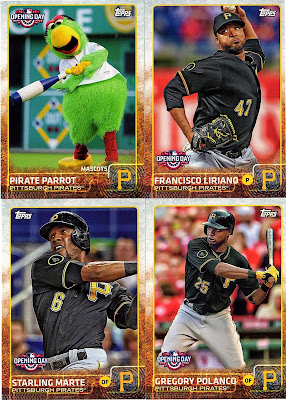 Nice to get a Cervelli Pirate card even if it is photoshopped. The highlight of all the Opening Day cards is the Parrot.

A couple of true rookies and Josh Bell. It is really looking like Bell will be with the Pirates possibly next year. He should be the first baseman of the future. 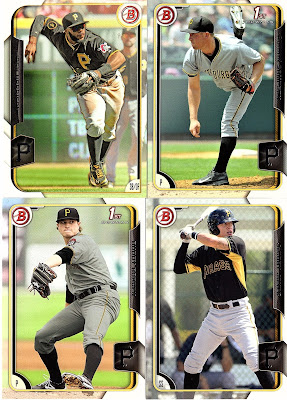 The mix of Bowman was really nice. Between this break and a couple of trades I've pretty much put this set to bed. 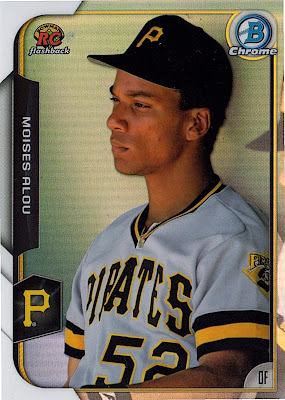 I love the flashback rookies. A lot of people don't remember that Alou was a Pirate. I'm actually getting ready to showoff the auto version of this card in the next week or so. Once I found out that card existed I was all in to find the auto 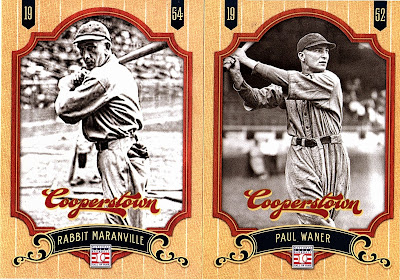 Another throw is was the Cooperstown Collection.  Even people that don't like Panini seem to like this set. 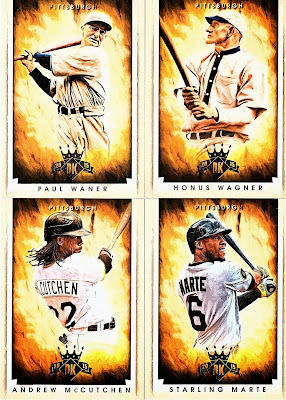 I'm always a little bit of a Panini apologist, but this set has seemed to bridge to gap between the haters of Panini and those who like their products. I was a big fan of the early 2000's version of this product so needless to say I'm a fan. This is going to be the next break in my collaboration with the Card Papoy. 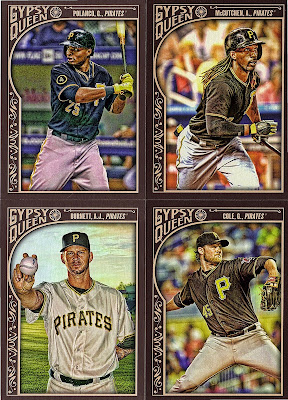 The Gypsy Queen break was the best for me. It yielded a nice mix of base including a new Burnett featuring him in the Pirates uniform. 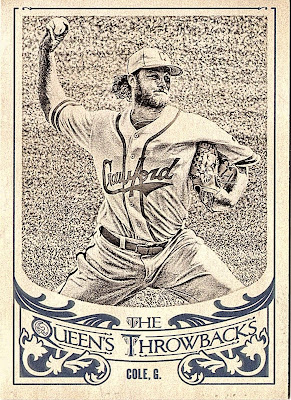 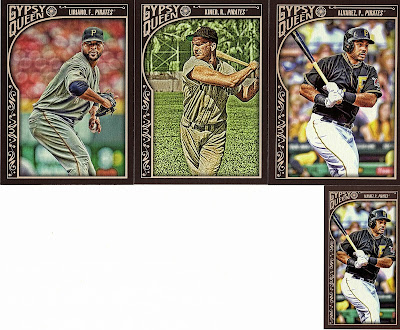 My one mini was Pedro Alvarez. My best card of the break was this framed Gerrit Cole. Always nice to get a hit, but extra bonus for being a favorite player. 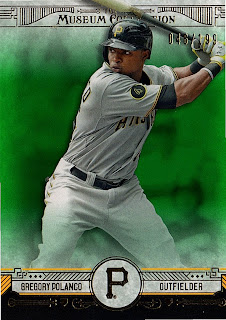 Our Museum Collection box was pretty weak overall, but it did yield a numbered Pirate. High end sets often are hit or miss, and we seemed to miss pretty big on this one. I don't usually buy high end sets so it was nice buy in for a chance to hit big at a fraction of the cost.

Overall this break was pretty nice for Pirates and the hits overall had a nice balance. Figures the high end box would be one of the worst, although our GQ and Diamond Kings boxes more than made up for it. Thanks again Chris for hosting the breaks, I know these take a lot of time and work. I'll be sure to hit you up with some more Reds soon.

Thanks for reading.
Posted by BobWalkthePlank at 5:44 PM