It didn't take much time for Jeff from the newer blog 'wish they still came with bubble gum' and I to get a trade together. Last week Jeff commented on one of my posts that he was holding some Buccos for me. Sure enough a few days later a bubble mailer was at more door loaded with Pirates, Steelers, Pens and even a Mountaineer. 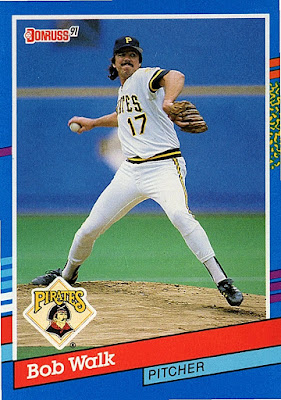 If you are going to start trading you might as well start big. Bob Walk in all his flame throwing glory!

Cutch got off to a slow start, but since the beginning of May he has been his old self. One more good month and he'll be right on pace with his career norms. He has actually been victim to a low babip. Once that comes up a little the counting stats will follow. 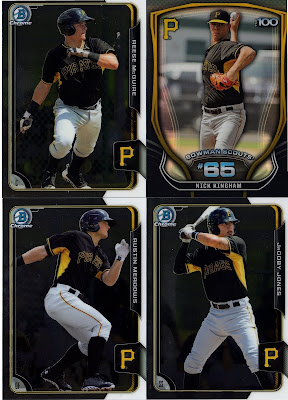 Sad to hear that Kingham needs Tommy John surgery. He was the most likely of the Pirate prospects to make an impact this year. The really unfortunate thing is that he'll miss the majority of next season as well and he was likely to play a huge part next year. 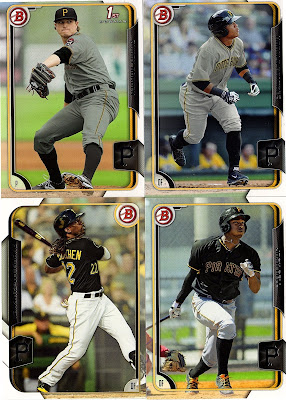 Josh Bell is the Pirate first baseman of the future. Be interesting to see what happens next year as it will be Pedro Alvarez's last arbitration year. I don't see really any scenario in which they keep Pedro so it looks like it may be Bell's job to lose two seasons from now. 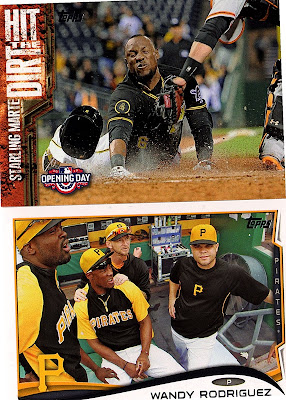 Marte as the main attraction and Marte as a backup piece. The Wandy card is one of my favorites last year as you get cameos from Josh Harrison, Burnett and Marte. 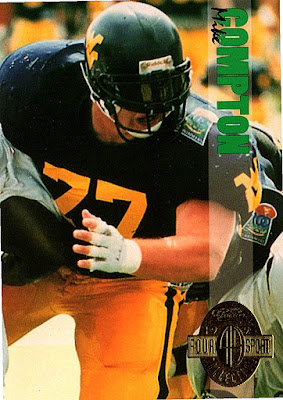 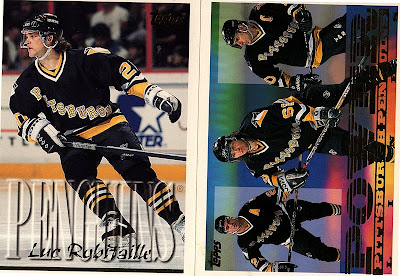 Luc Robitaille is mainly remembered as a King, but he put up pretty good numbers as a Pen too. 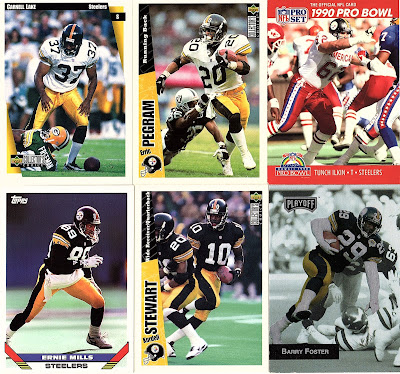 The Kordell Stewart is my favorite as it says wide receiver/quarterback.

This is a great way to break the proverbial trading ice Jeff. Give me a little time to replenish some of my Braves. I had some crazy trading with JBF that emptied out the coffers, but I have reinforcements on the way. Looking forward to keeping this trading momentum going.