This is the second time I've shown how autographs progress over the years. The first installment was Andrew McCutchen which changed quite a bit. Neil doesn't sign near as much as Cutch so the auto stayed a little more consistent. 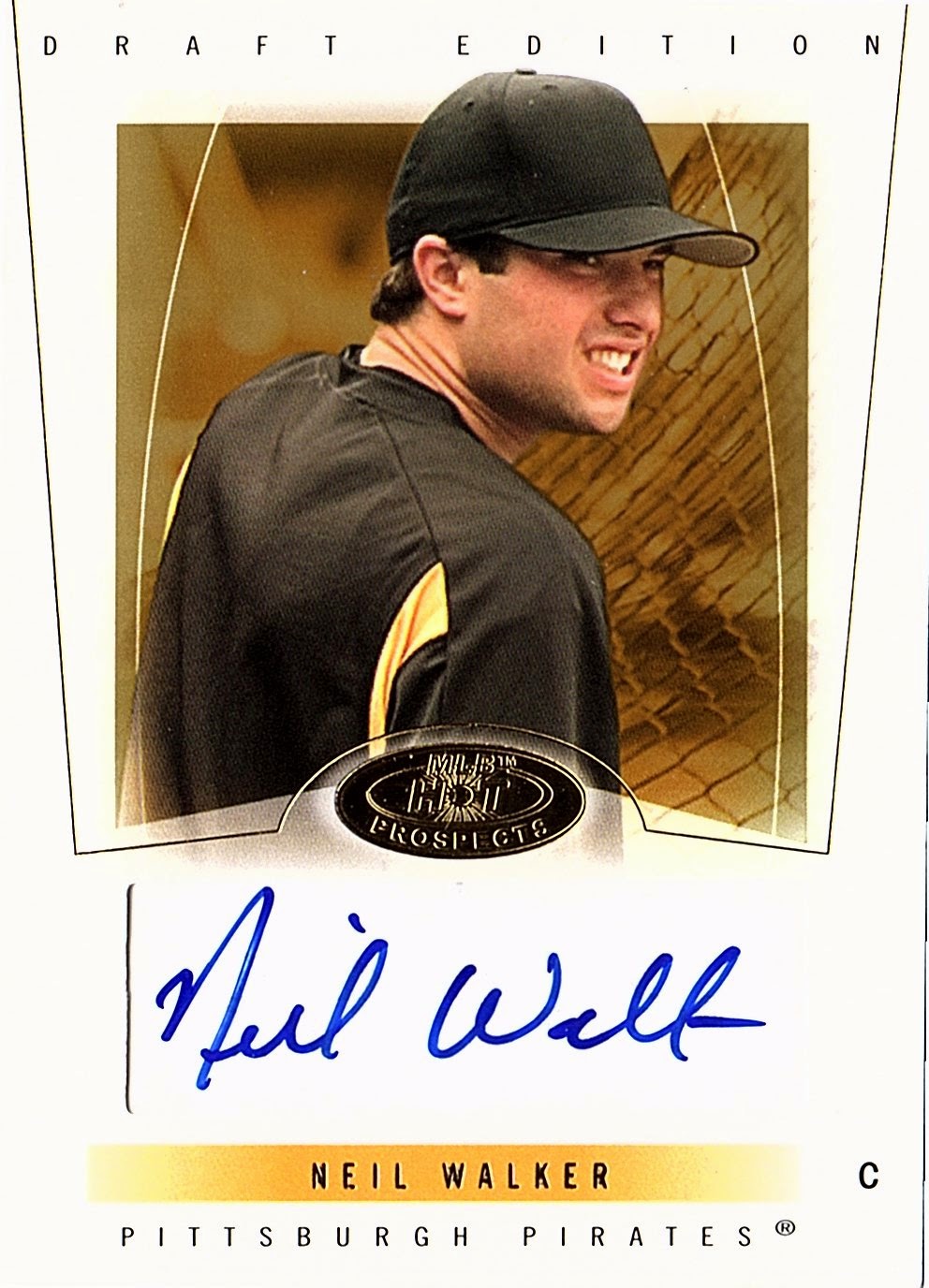 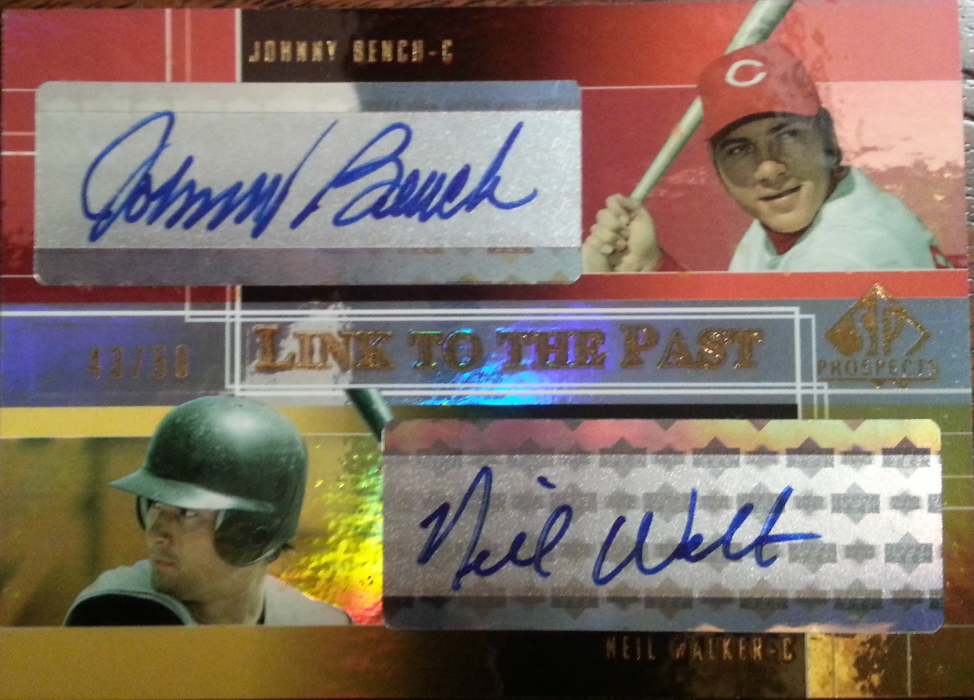 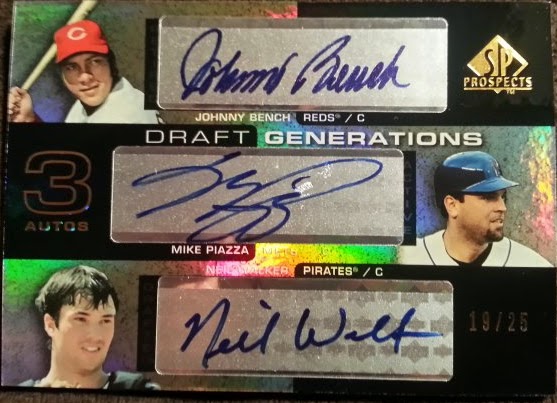 The first three autos were signed in the 2004-05 time frame. Not a bad signature as you can make out most of the letters.  Piazza is all over the place. If you are wondering about the combo on the triple auto, Walker was drafted as a catcher in the first round of 2004. 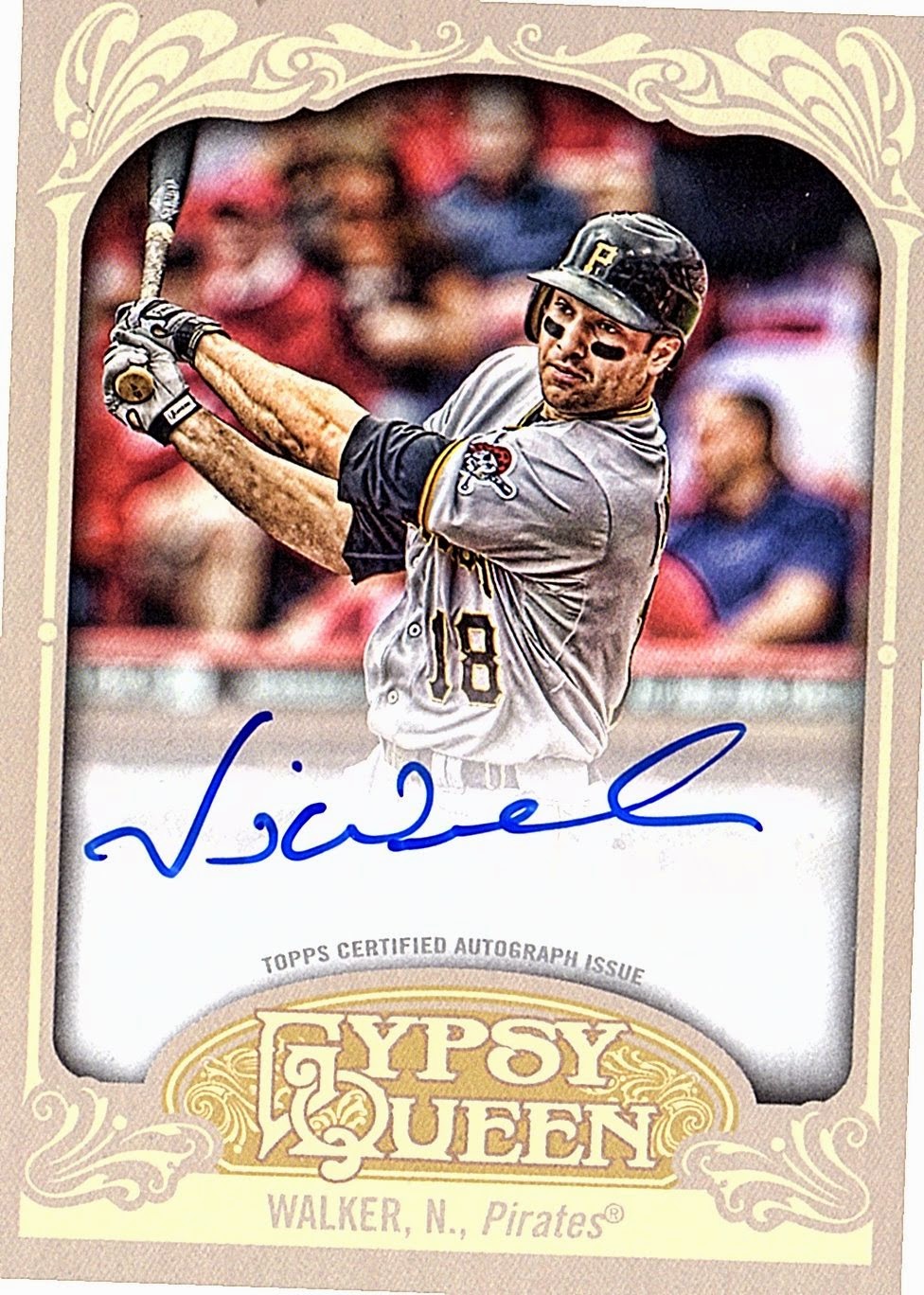 This is where the auto starts to get a little faster and sloppier. The rest of these autos were signed around 2012. You went from being able to make out most of Neil to only getting a the "N" and something resembling an "i". The Walker aspect gets longer than the earlier versions, but you can't make out near as much. Pretty much only the "W" and and "L" are legible. Neil was more established by this time and probably had a lot more autograph obligations. 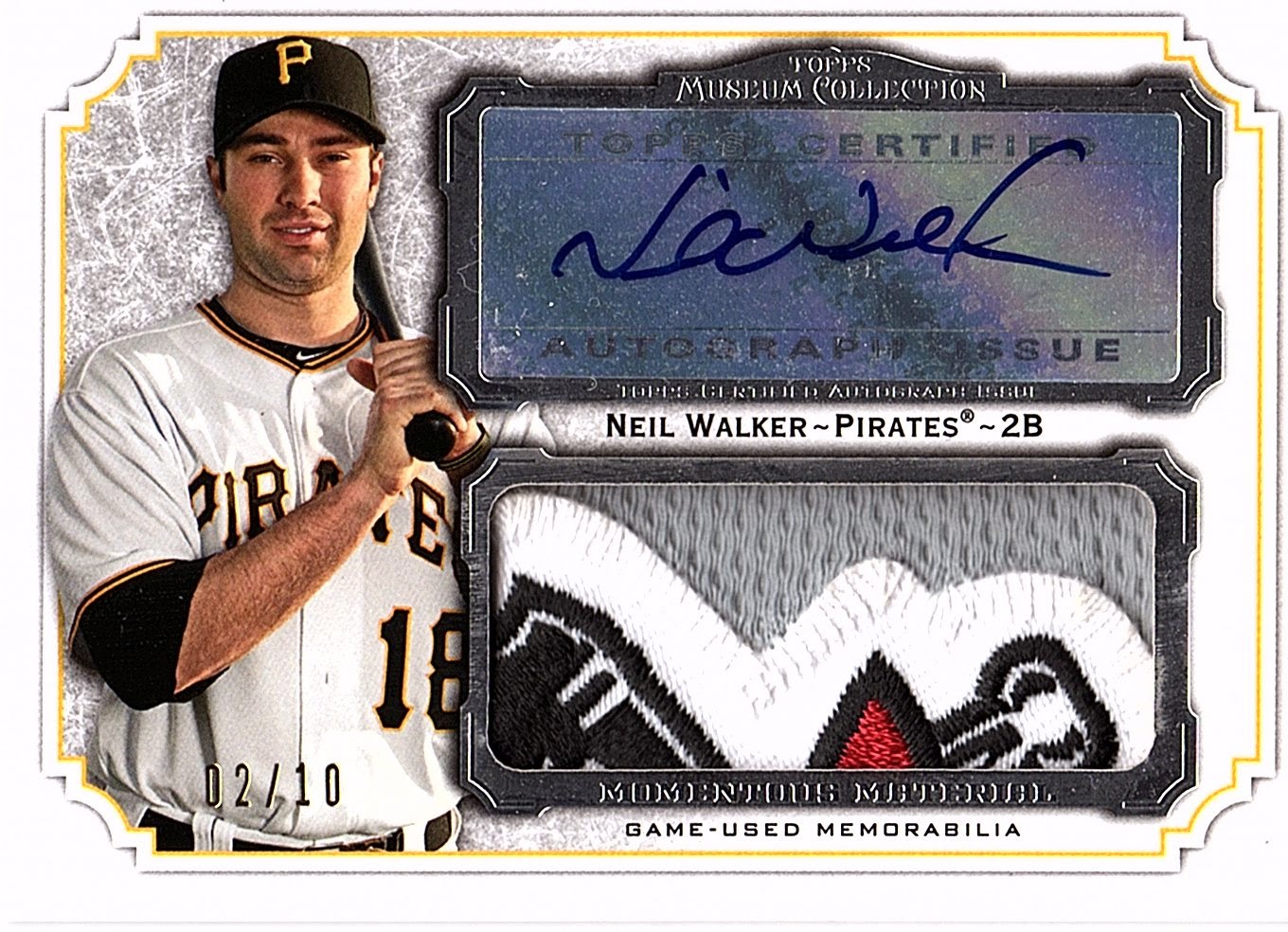 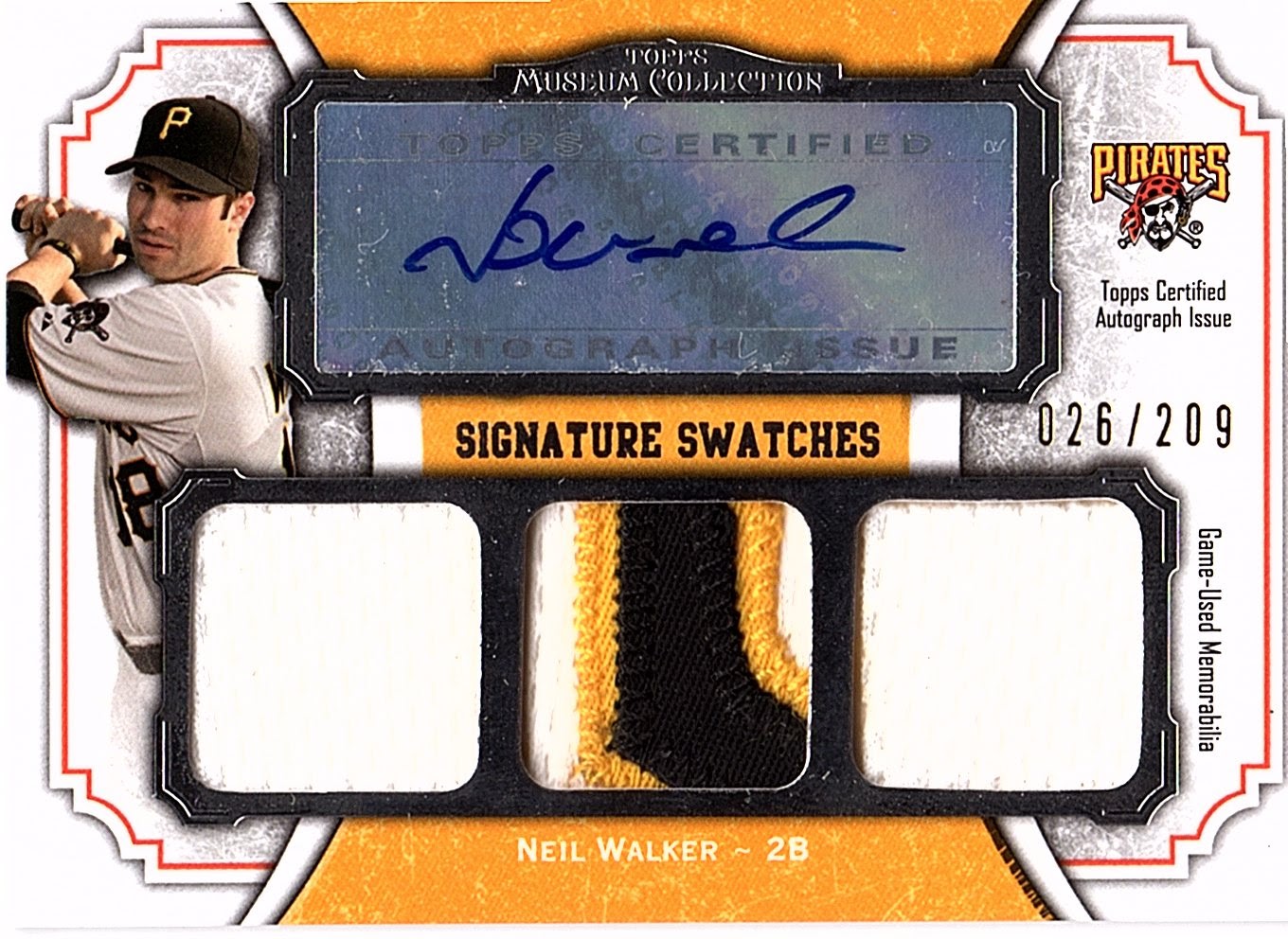 Neil stayed pretty consistent on the higher end releases. Most are sticker autos so they were most likely signed at the same time. 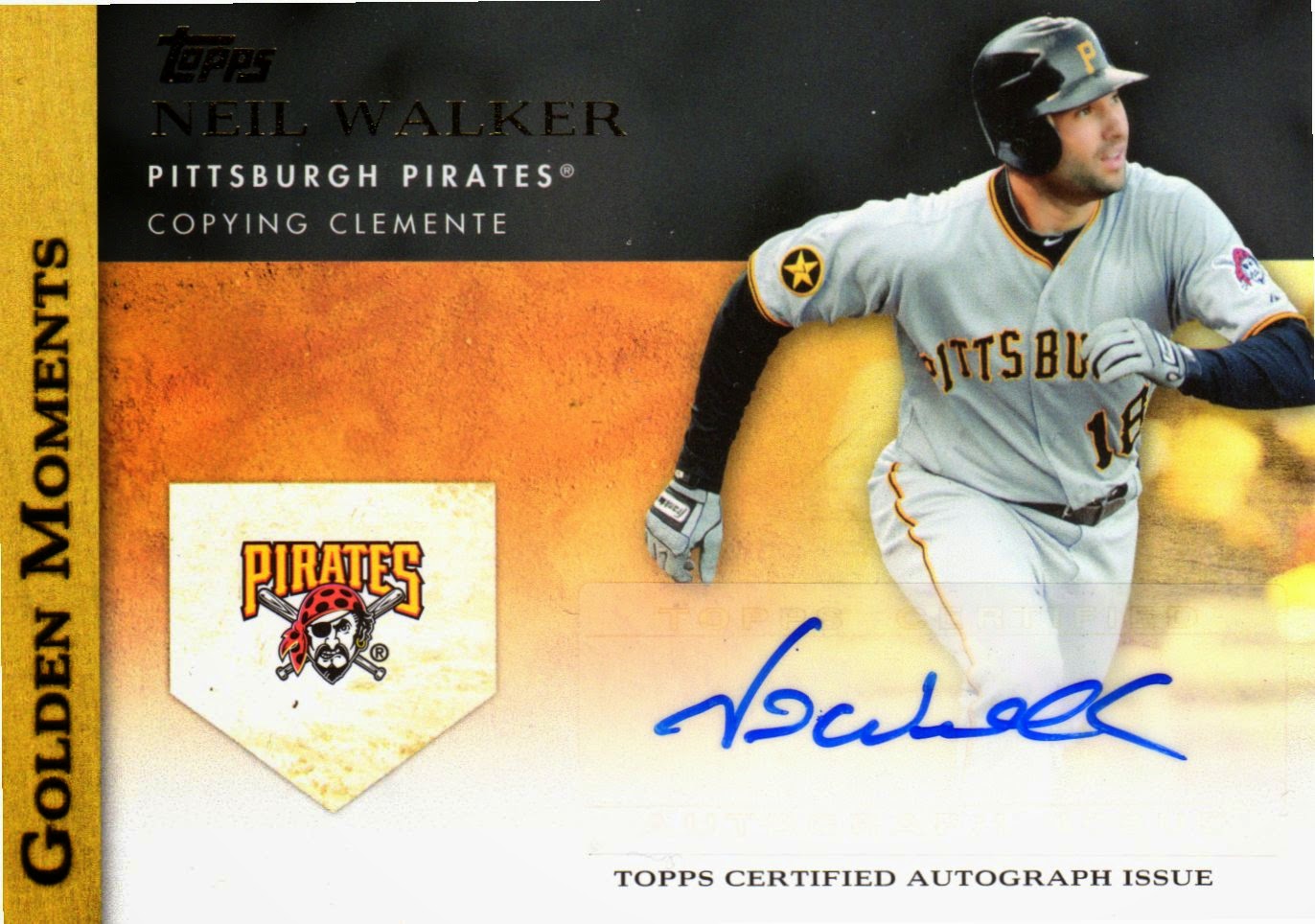 I'm hoping Neil gets some new autos as he really hasn't had much since 2012. While his signature did get quicker I don't consider it terrible.  On the scale of Wil Myers to the perfect auto I would put Neil somewhere in the middle.

Have a nice weekend.

Posted by BobWalkthePlank at 5:13 PM