I've been taken out of my normal routine this week as my daughter has decided that she doesn't need to sleep anymore. It is quite the production to get her to sleep and once it happens you do everything you can to keep her asleep. This means complete silence of everything within earshot of her bedroom. Thankfully this doesn't effect much of the house, but it does indirectly mess with card blogging. My office is very close to her room, so I try not to use the card scanner while she is sleeping.

Right now I'm sitting on the latest Card Papoy/BWTP card break and a cool trade package from the Lost Collector. Those will be completed during the day hours this weekend unless my daughter reverts to her good sleeping ways.

Until scan day comes I did manage to get one taken care of when I got home from work today. 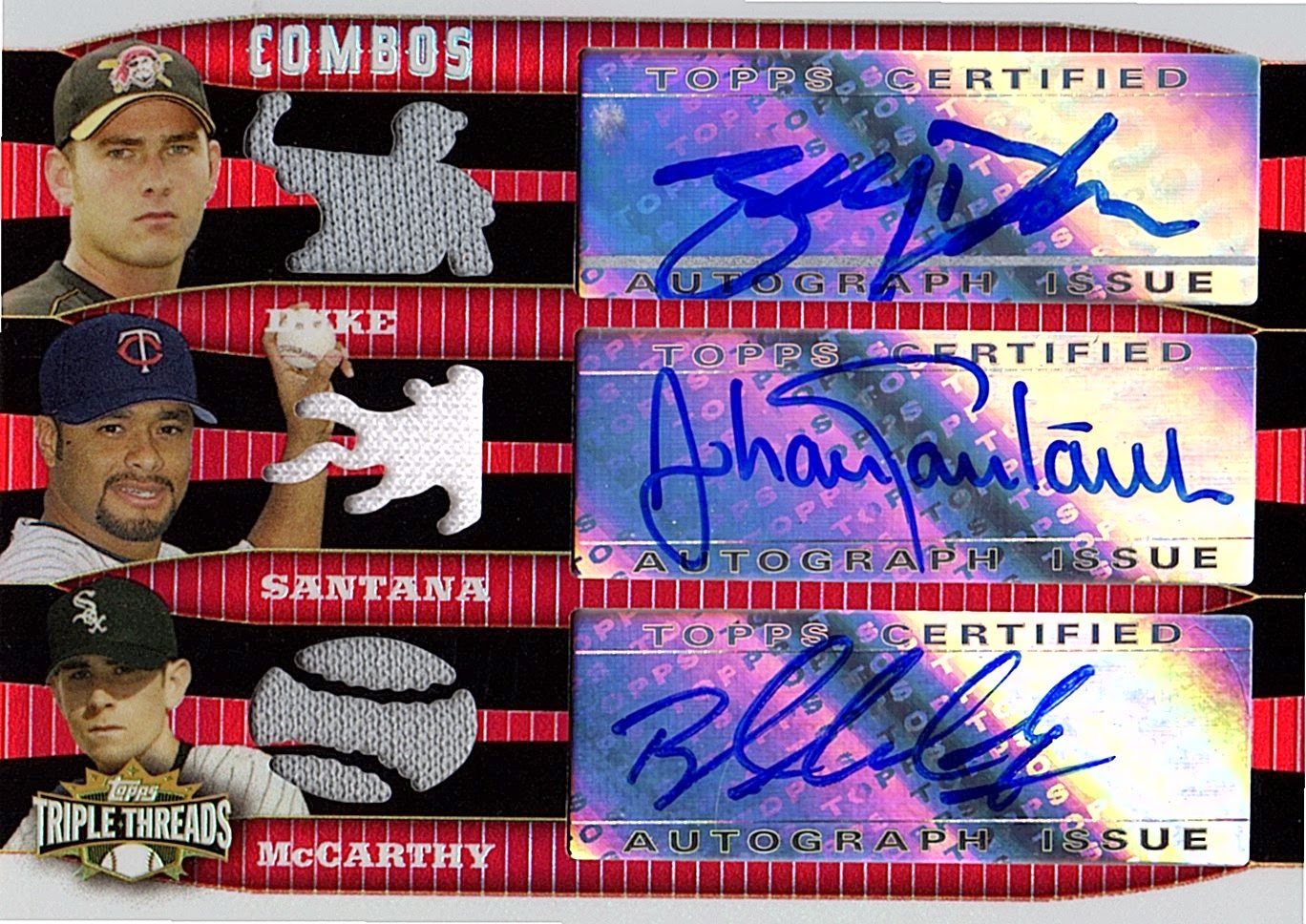 I've been on a mission lately trying to find some rarer releases that I never got around to buying. This card is interesting in a lot of ways because it covers all types of players. Duke wasn't much of a prospect after getting drafted in the 20th round by the Pirates, but he hit the ground running. Dominating every stop in the minors he got the call in 2005 to make his debut. He would go on to have a great rookie campaign and the future was looking bright. Long story short the league caught up with him and he was unable to adjust. After his Pirate tenure was over he balanced around some as a AAAA player for a few organizations until catching on with the Brewers last year. Turns out his stuff plays well out of the bullpen and turned himself into a reliever that can get both righty and lefties out. That good season allowed him to sign a lucrative free agent deal with the White Sox.

I bet the Astros would like a take back with Johan Santana. He was left unprotected and the Twins got him in the Rule 5 draft. Ouch! After a little bit of a rocky start as a reliever the Twins sent him to the minors to develop a changeup. That was a good decision. He would go on to be one of the more dominant pitchers in the mid 2000's winning a couple of Cy Young's.

McCarthy was a guy who dominated the minor leagues, but could never stay healthy in the major leagues. It took a while for him to get some traction in his career but finally turned himself into a productive major league with the A's. I still have the memory of him getting hit by a line drive playing for Arizona. That was one of the more scary ones I've ever seen. He even suffered a seizure as a result.

Thanks for reading.
Posted by BobWalkthePlank at 9:19 PM