A PWE from P-town Tom

P-town Tom and I are swapping pretty regularly these days. This time around Tom decided to slip a pwe with some Pirate goodies. I felt honored since Tom is a world renown kickball player. In fact he is the best kickball player who teaches and happens to be from Illinois that I know. The Mike Trout of the rec league kickball world! 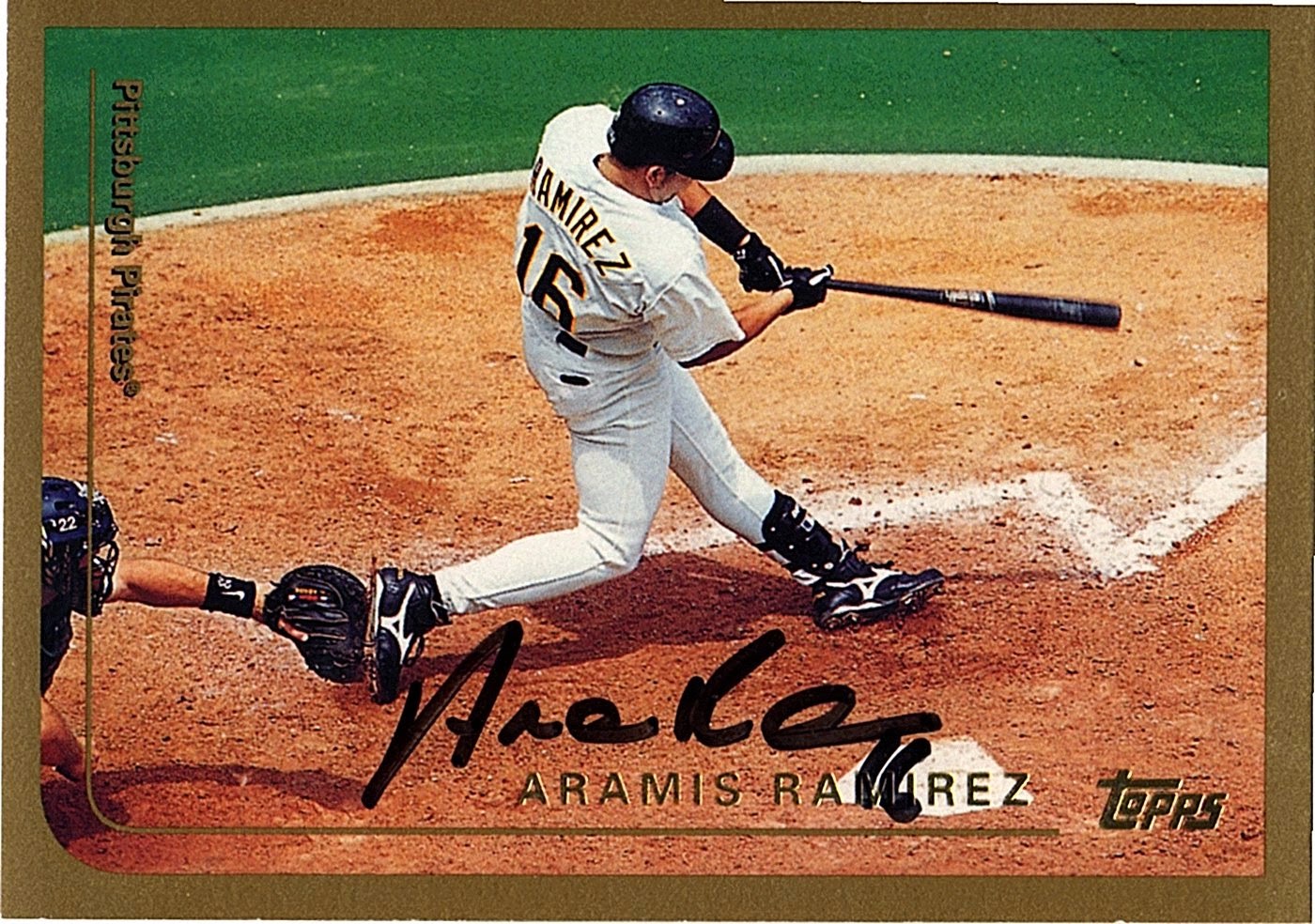 A cool auto of former Pirate third baseman Aramis Ramirez. The trade that sent Aramis to the Cubs is one of the worst in franchise history. It makes me almost sick to even think about it. The Pirates were a mess back then.

Either way I love adding autos of the former Bucco. Since the 2015 releases are light on Pirates I've been trying to go back and add guys from this era. 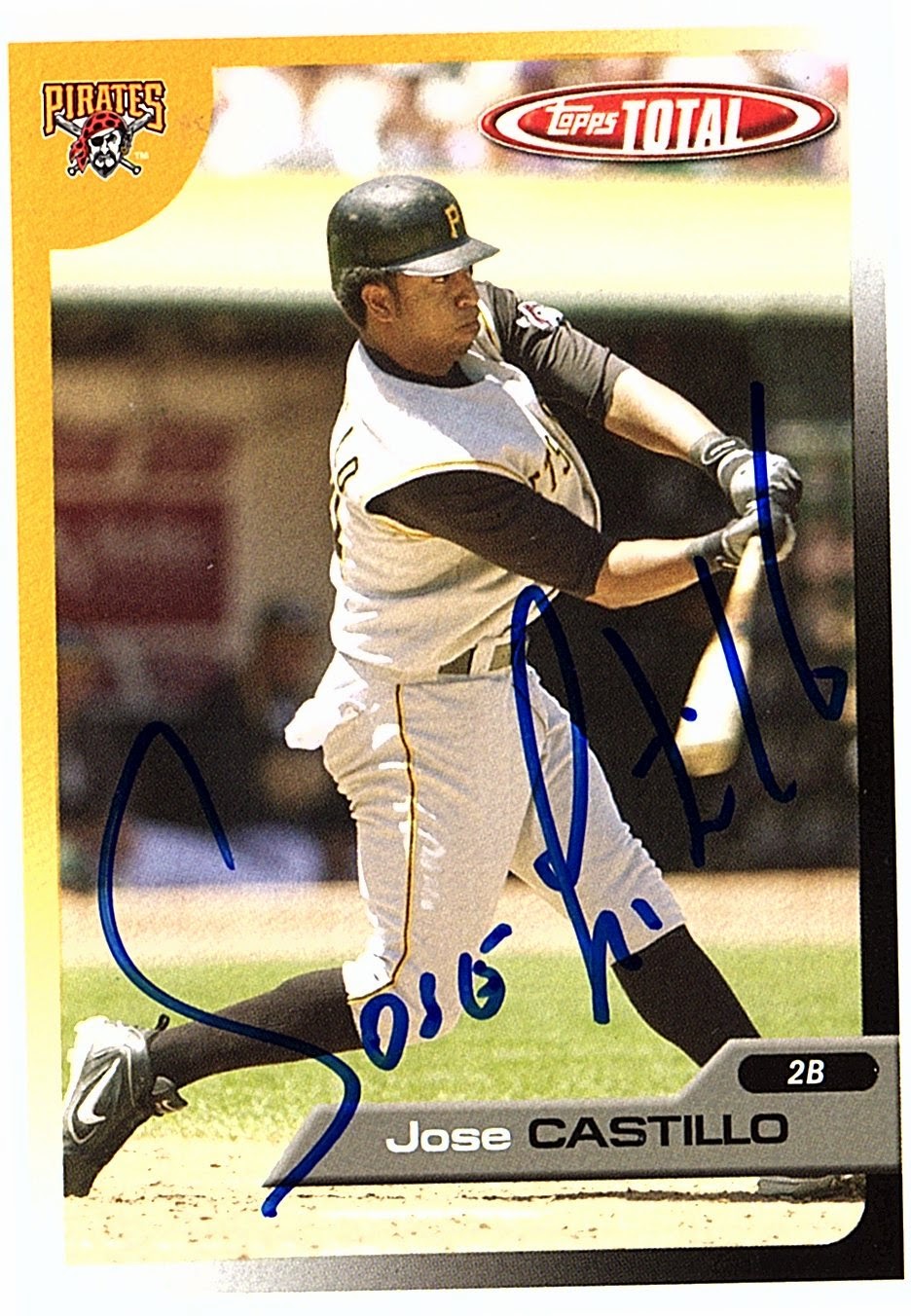 Jose Castillo had some hype about him when he broke through with the Pirates. A great defender at second with some pop in the bat. Unfortunately the Pirates lost patience with him and sent him on his way. I have fond memories of Jose and Jack Wilson turning some sweet double plays. 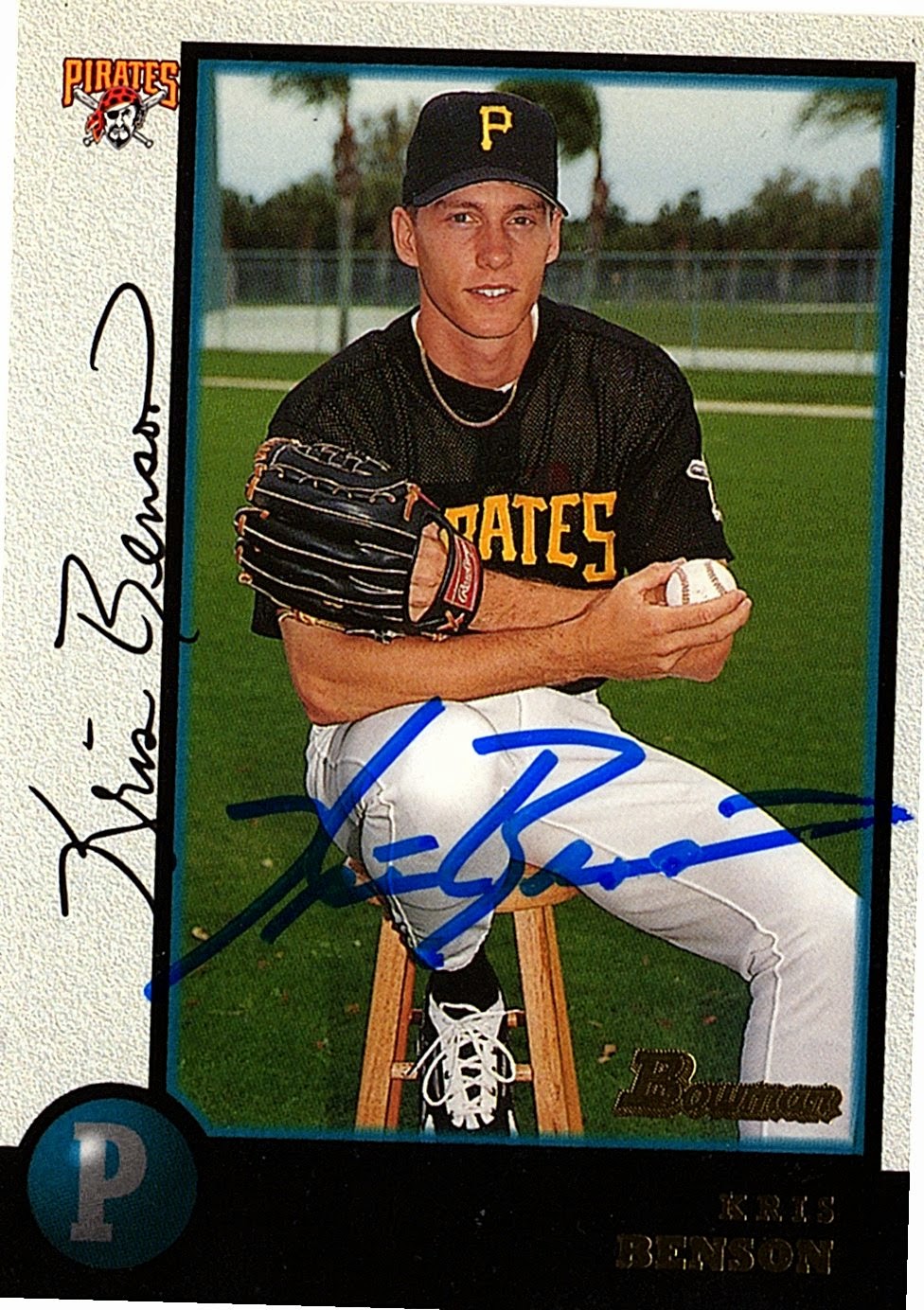 The hype machine was strong with Benson when he was drafted. Dubbed the next big arm by most publications, Benson couldn't live up to the hype. Injuries derailed a good part of his Pirate tenure and he could never take the next step. He did manage to carve out a nice long career, but become more of an innings eater. Benson never got many certified autos so it is always nice to get his signature on a Pirate card.

On a side note his wife was bat shit crazy. 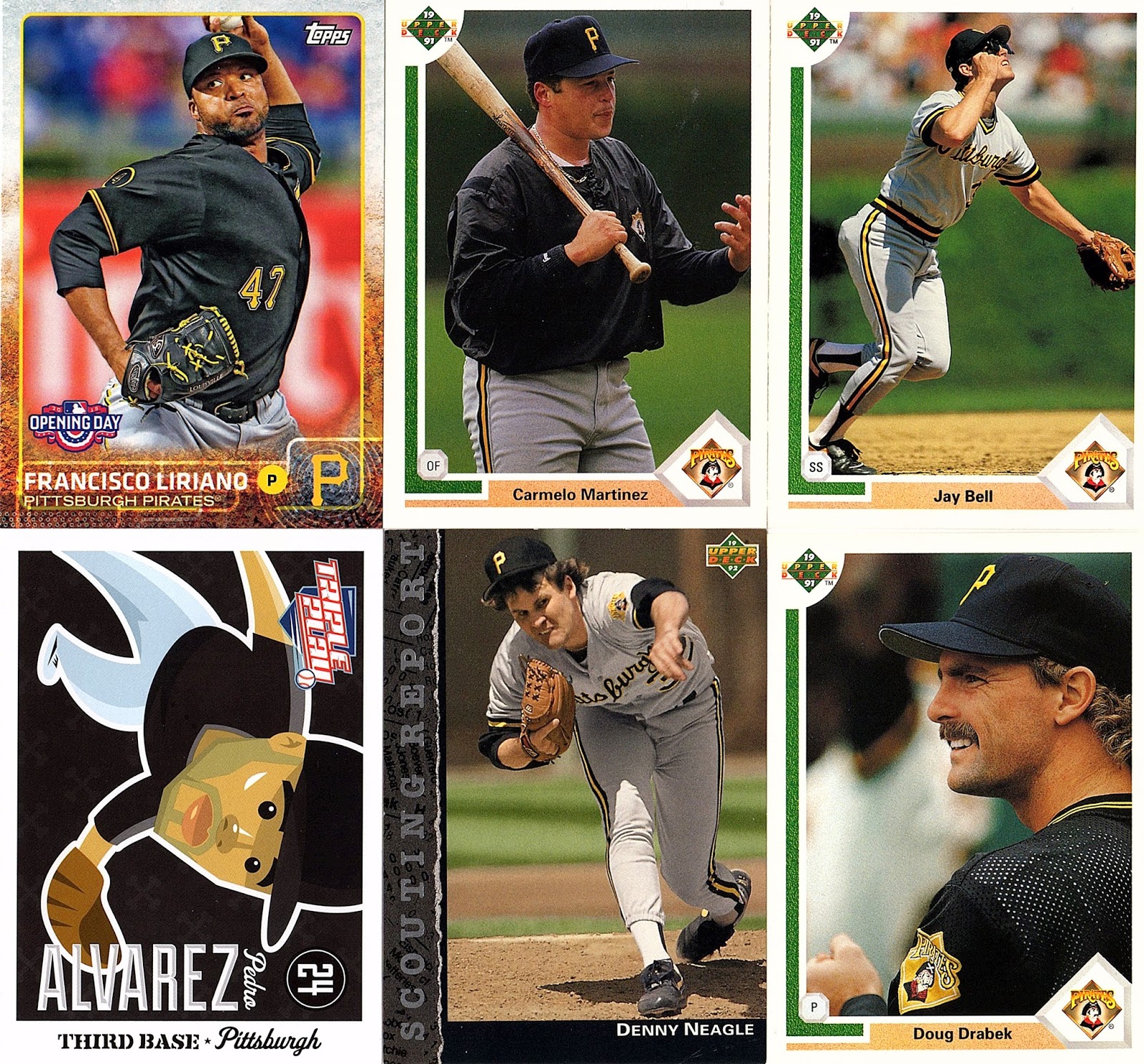 I haven't purchased any Opening Day yet so this was my first taste. Nice to get Pirate cards of Liriano. Still waiting on a certified auto. Maybe this year....

Thanks for all the great cards Tom. This was truly a great surprise. It was my turn to hit you back. Now I'll have to find something extra cool to send your way!

Thanks for reading.
Posted by BobWalkthePlank at 9:14 PM