I posted some press release photos of the new baseball stadium that will be shared by WVU and the West Virginia Black Bears on Friday, but figured I would show some in person pics that my wife took. Overall the experience was very positive. Right now the stadium holds around 3000, but once some landscaping items are completed their will be some outfield reserve tickets as well.

The main issues right now are parking as the lots won't be finished until sometime next year. Thankfully the University got the support of the nearby businesses and allowed game traffic to park for free. Traffic was a small issue as right now their is only one way to reach the stadium which caused some traffic congestion before the game. The long term solution is that a new interstate entrance is being added which will alleviate any congestion. I'm guessing that will be a couple of years before that is opened. 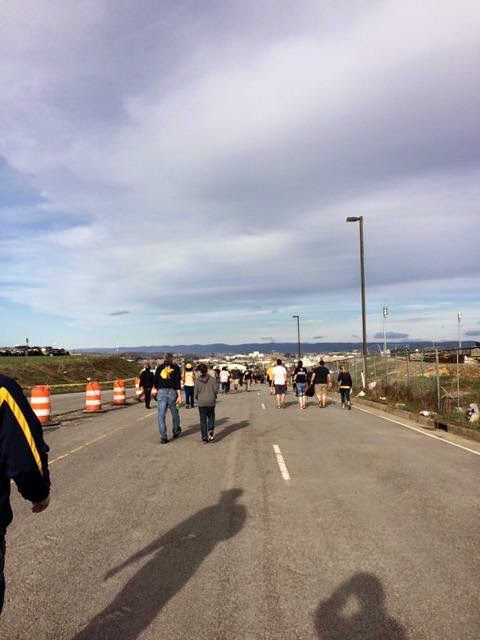 The walk down from a nearby business. 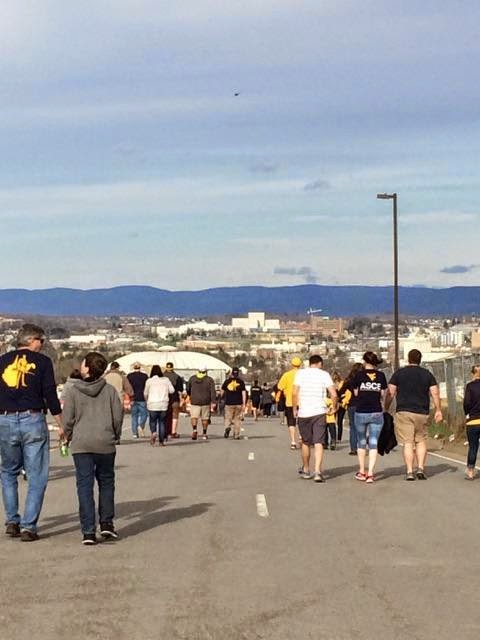 They did a really nice job to take advantage of the scenic aspects of our state. 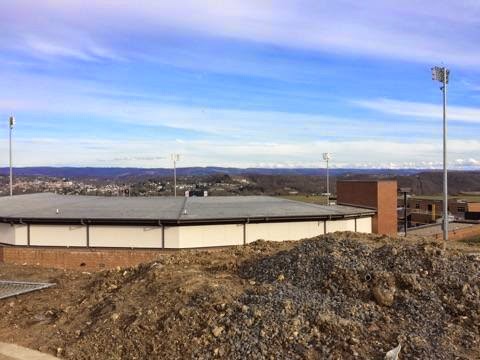 Still lots of work to complete. 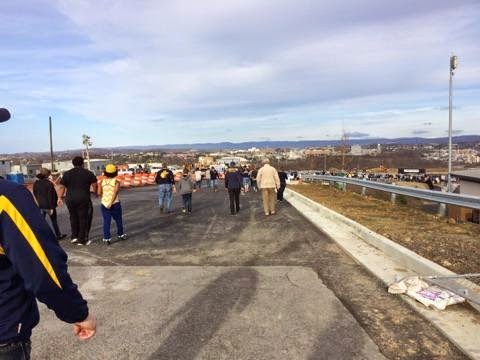 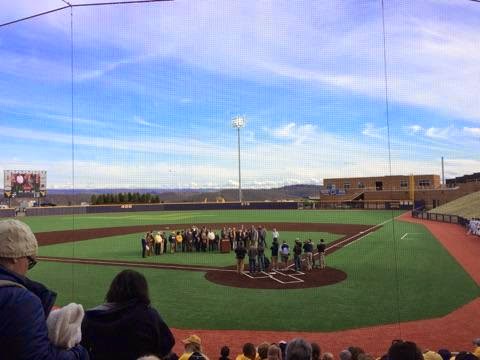 Pregame ceremonies. The Pirates had many higher ups in attendance including team owner Bob Nutting. 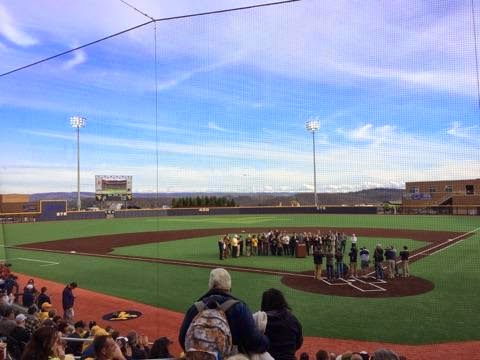 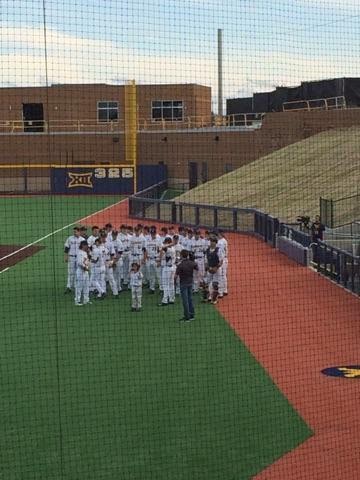 WVU getting ready to take the field. 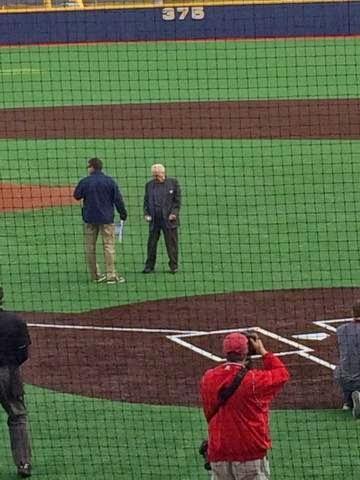 A retired 4 Star General who is a WVU grad threw out the first pitch.

A nice panoramic of the stadium.

WVU won the game in walkoff fashion in 13 innings so the sell out crowd went home happy. I'm very excited for the upcoming Black Bear stadium. 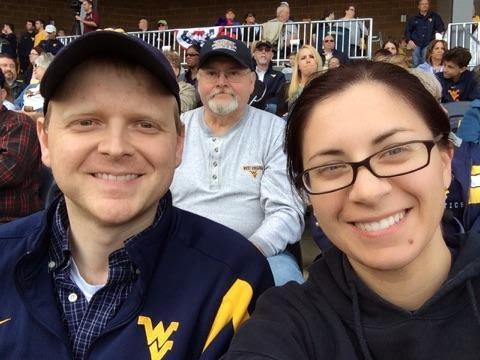 Happy for the game winner! The old man was not impressed.


Posted by BobWalkthePlank at 7:59 PM