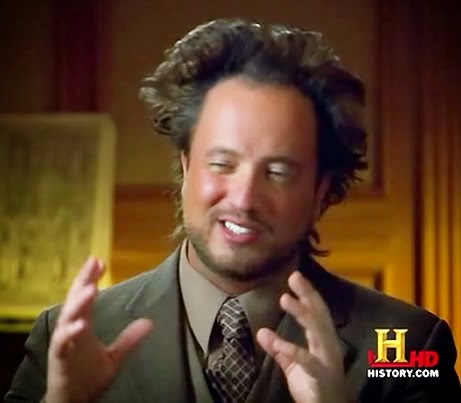 Every year my friends and I fire a few emails back in forth making some predictions for the upcoming baseball season. What makes this fun is that we are rarely right, and some of the answers make for good harassment during the season.

I make fun of my buddy Micah because he was convinced Brent Morel was going to be good and win the rookie of the year a few years back. I'm guilty of picking Bryce Harper or Troy Tulowitzki to win every major award. I've shown great restraint by not picking either of them this year.

Here are the guesses in which I'll get made fun of by the end of the season.

I always try and pick rookies for up and coming teams. Rondon has looked dominant in the minor leagues and should make his debut by May for the White Sox and Soler will play everyday for the Cubs. Kris Byant is the obvious choice, but since Soler has already had his taste of the big leagues I gave him the nod.

It is really hard to even think who might come close to Trout. Voters sometime like a good narrative so if the Angels suck or if he gets hurt and may open the door for someone else. I could see someone like Cano if the Mariners make the playoffs, but it seems like a long shot. I know in any betting situation you should always take the field, but if an exception exits it is probably Trout.

Big time homer pick with Cutch, but top 3 the last three years so its not like I'm picking Pedro Alvarez or something. I think the usual suspects will be in the mix like Posey, Stanton, Harper and Tulo


AL War probably won't be close.
NL War will be closer, but I'm a homer.

Consensus "expert" picks pretty much have the Nats, Dodgers, Cards and Pirates as playoff teams. Hard to really argue with the Nats and Dodgers. They have the two best pitching staffs by a pretty significant margin.

It was really hard for me to pick the last wild card team. You can make reasonable arguments for just about any teams minus the Phillies, Rockies, Dbacks and Braves. I chose the Cubs for really no other reason than money. If they are in it towards the trade deadline they have the resources to add players via taking on contracts or trading from a great farm system.

AL is wide open this year. So I just went with the teams that I thought had the best cores in place and that could go out and make themselves better at the deadline. The AL East is by far the most wide open division as all 5 teams project to be in the mid 80's for wins. The Red Sox have the best farm system to make trades for quality arms. Cole Hamels and Cueto could be available at the deadline.

I really wanted to pick the Indians to beat out the Tigers as I think their window is about to close, but couldn't bring myself to do it. It just feels like the wheels could really come off for the Tigers because of age and durability issues. The Indians have the most breakout candidates so if things go right they could have a really nice year.

Just because I know the baseball gods will do this to me I'm predicting a Cards/Red Sox world series. Both franchises have been blessed with quite a bit of success recently. It will be a tough road for the Cards as the NL is loaded this year, but they always seem to beat the Dodgers and the Nats find a way to piss away their chances in the playoffs.

Love to hear others predictions.

Posted by BobWalkthePlank at 9:39 PM

Email ThisBlogThis!Share to TwitterShare to FacebookShare to Pinterest
Labels: 2015 Predictions