It is fun to be a Pirates fan these days. We have a superstar in Andrew McCutchen, quality role players and a well stocked farm system. The franchise as a whole has really embraced advanced statistics and fiscal responsibility to sustain a winner for an extended period of time. All in all I'm a happy camper.

With that being said tonight's Pirates game versus the Cubs brought up an issue that I have with the way the game is managed that is light years behind the way the Pirates run their team as a whole. Defined bullpen roles is something that just boggles my mind. Up until the 8th inning the game is based on match ups. Teams switch pitchers a ton to get the most statistically sound match up that is available. Sound strategy that for the most part works the majority of the time. 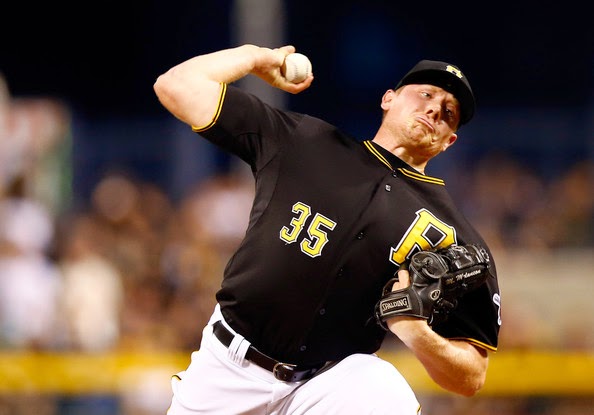 A little background first on the issue. Mark Melancon is the Pirates closer and has been lights out for two years coming into this season. After some rocky outings the first week of the season the local press was running some stories how his velocity was running about 5mph slower than normal. Melancon's bread and butter pitch is the cutter. He learned the pitch from Mariano Rivera and he has been very successful with it up until this year, but with the velocity drop a cutter becomes more of a get me over fastball.

The Pirate management came out and said the velocity drop is more of a "beginning of the year" issue and that it will work out after he gets more work. I have no problem with that, but holy shit you can't just let a guy work out his issues in the 9th inning. Long story short Melancon gave up 3 runs and faced 8 batters. It was a complete disaster that you could see coming from a mile away when the first three hitters ripped base hits.

What boggles my mind was that no one was warming up until the game had been blown. Managers don't hesitate in the 7th and 8th innings to make 5 pitching changes, but in the 9th they stick with the guy no matter what. While its always easy to play couch manager this is an issue that all teams face. With the exception of Chapman, Kimbrell and Kenley Jansen I would be playing matchups to the end.

I don't think Melancon should lose his high leverage situation role, because when he is right he is lights out. We just need to have a better feel for game situations.  Let Melancon either go on the DL or pitch in lower leverage situations. The Pirates shift every batter, have a roster constructed from moneyball concepts and play statistical matchups up until the 8th inning. For the life of me I can't figure out why the 9th inning has to be so different......especially when your "closer" is throwing 88 instead of 93-95mph with movement.

The Pirates have been mediocre at best the last few years in April, so as a whole their is no reason to panic. You just hate to throw away games by not putting out your best options. Right now Melancon is not our best option.

Posted by BobWalkthePlank at 11:11 PM