I actually busted these a few months back with my buddies Keith and Micah. Micah got the prized pull out of Chrome which was a low numbered Tanaka. He should probably sell before his arm explodes. Our Prizm boxes were all around bad which was a big disappointment. One of the main appeals of Prizm is that you usually pull one good veteran or high end rookie auto. I think a Brandon Phillips auto was the best card.....yuck.

Speaking of Keith, he is wanting to get rid of some cards on his blog, The Home Run Apple. All you have to do is follow and leave a comment. I told him to throw down a Mike Trout auto, but he doesn't listen to me. Here is the link. If you don't want to enter contest you should still leave a comment making fun of the Mets.

Here is the box break loot. 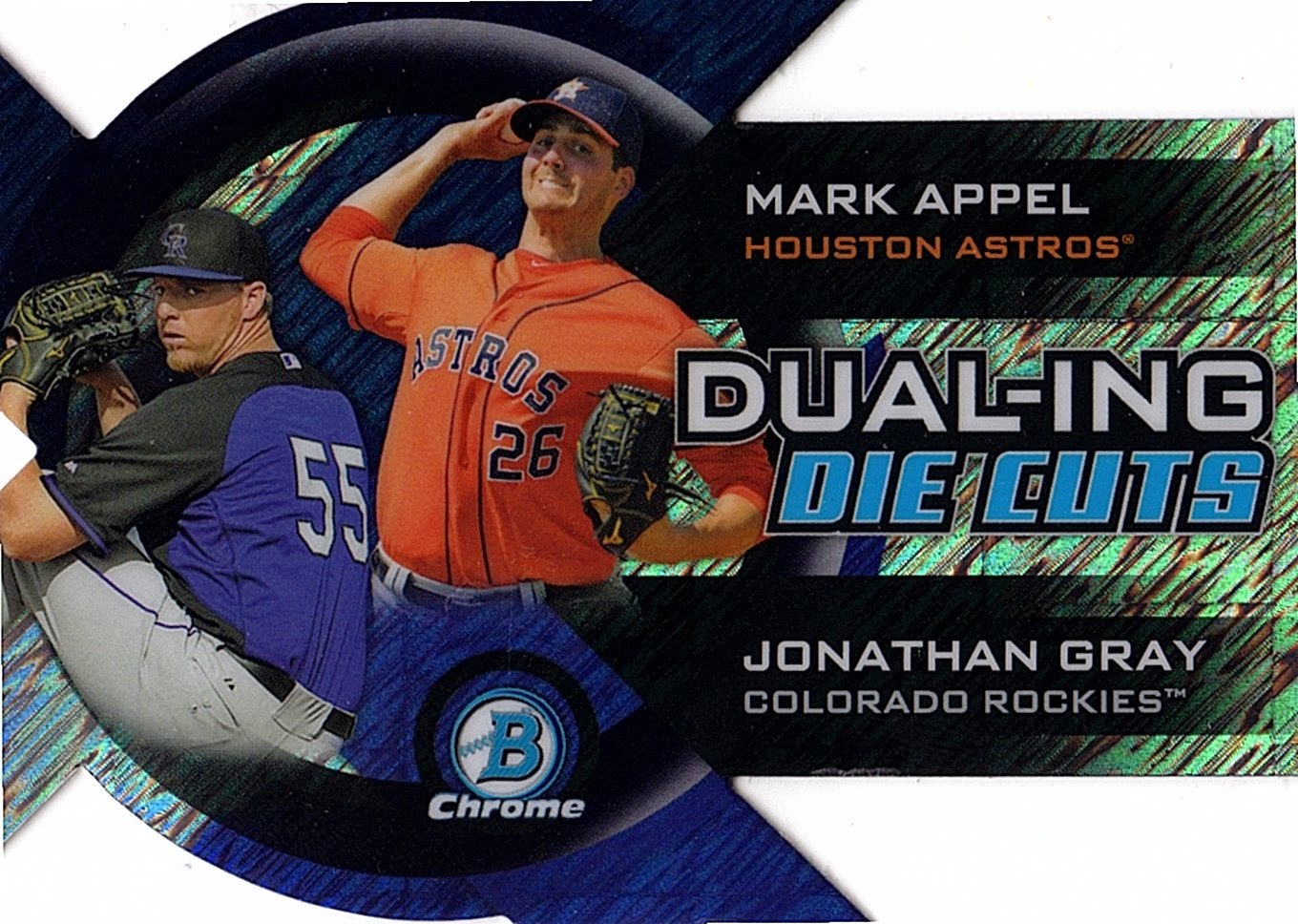 This was probably the coolest pull I had. These Dual-ing Die Cuts are very 90's and really stick out. This one is numbered out of 50. Jonathan Gray should be making his debut very soon for the Rockies. He has done very well in the minor leagues and it looks like the Rockies may have a legitimate pitching prospect. Let's hope he is not a fly ball pitcher.

Mark Appel was actually drafted by the Pirates but decided to go back to school. He has been pretty shaky in the minors so far. Karma! 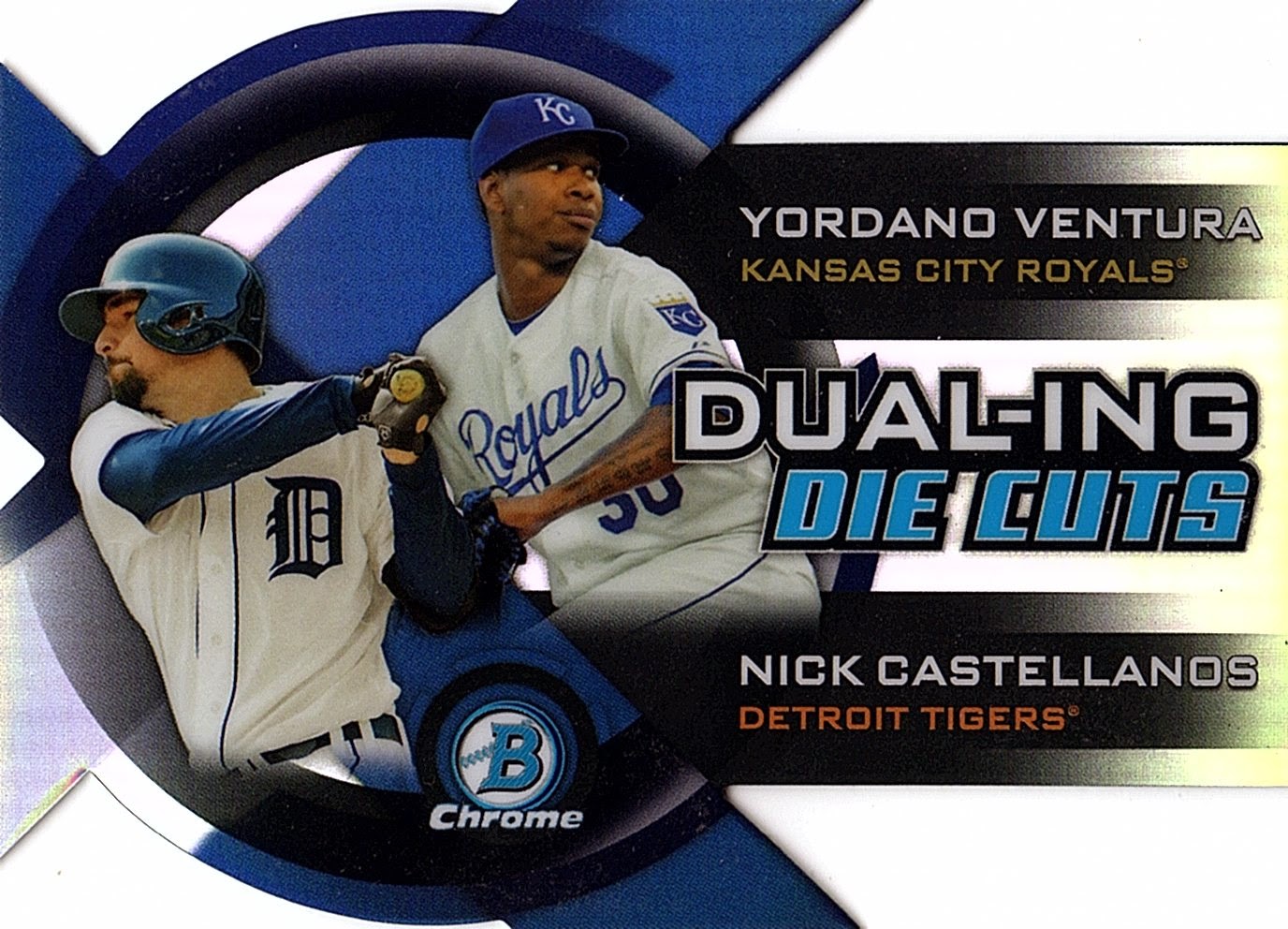 Just a normal version of the die cut. 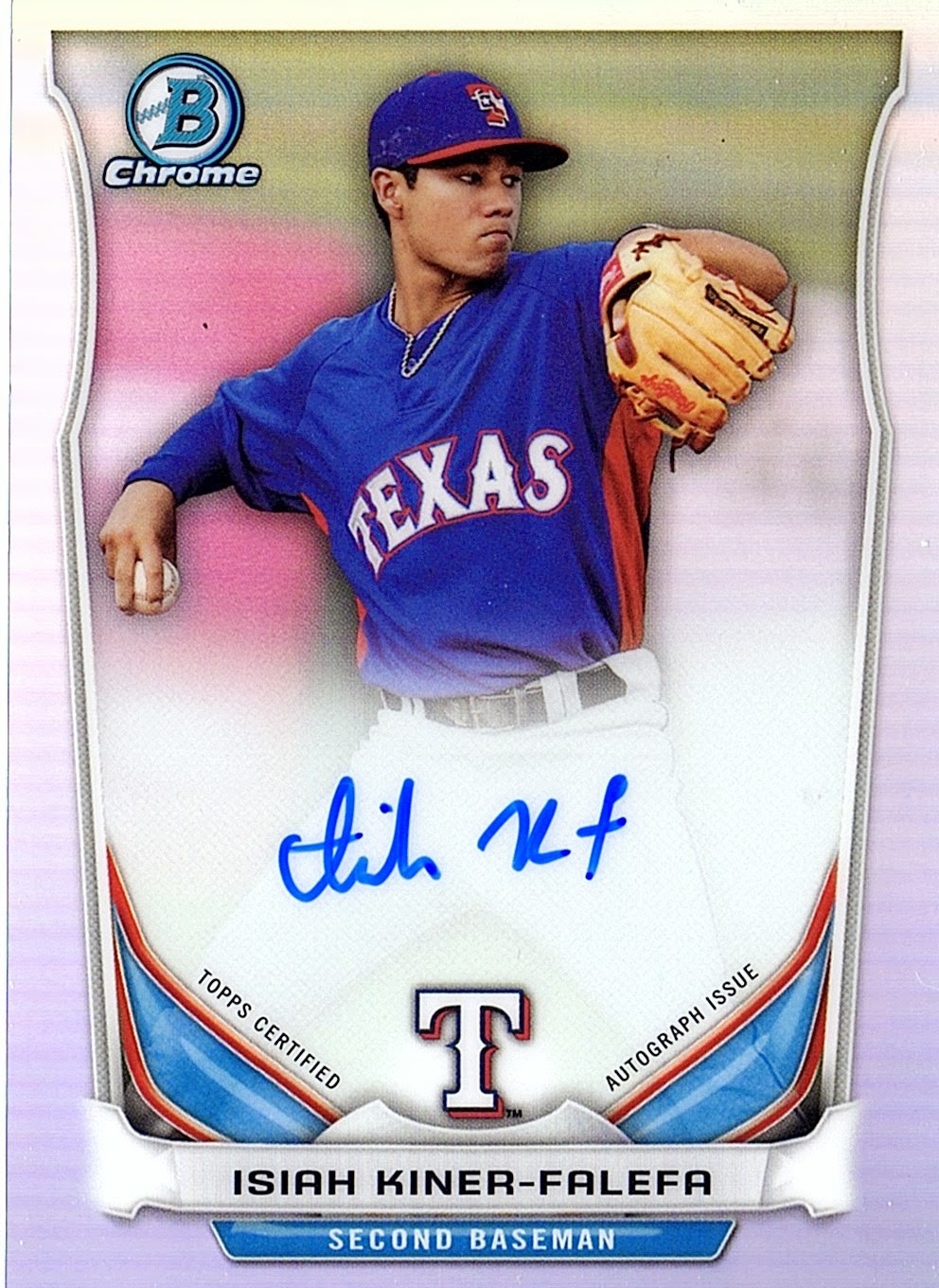 Kiner-Falefa was a 4th round pick in 2013. Seems to be a glove first middle infielder as his offensive stats so far in his professional career are very light in the power department. 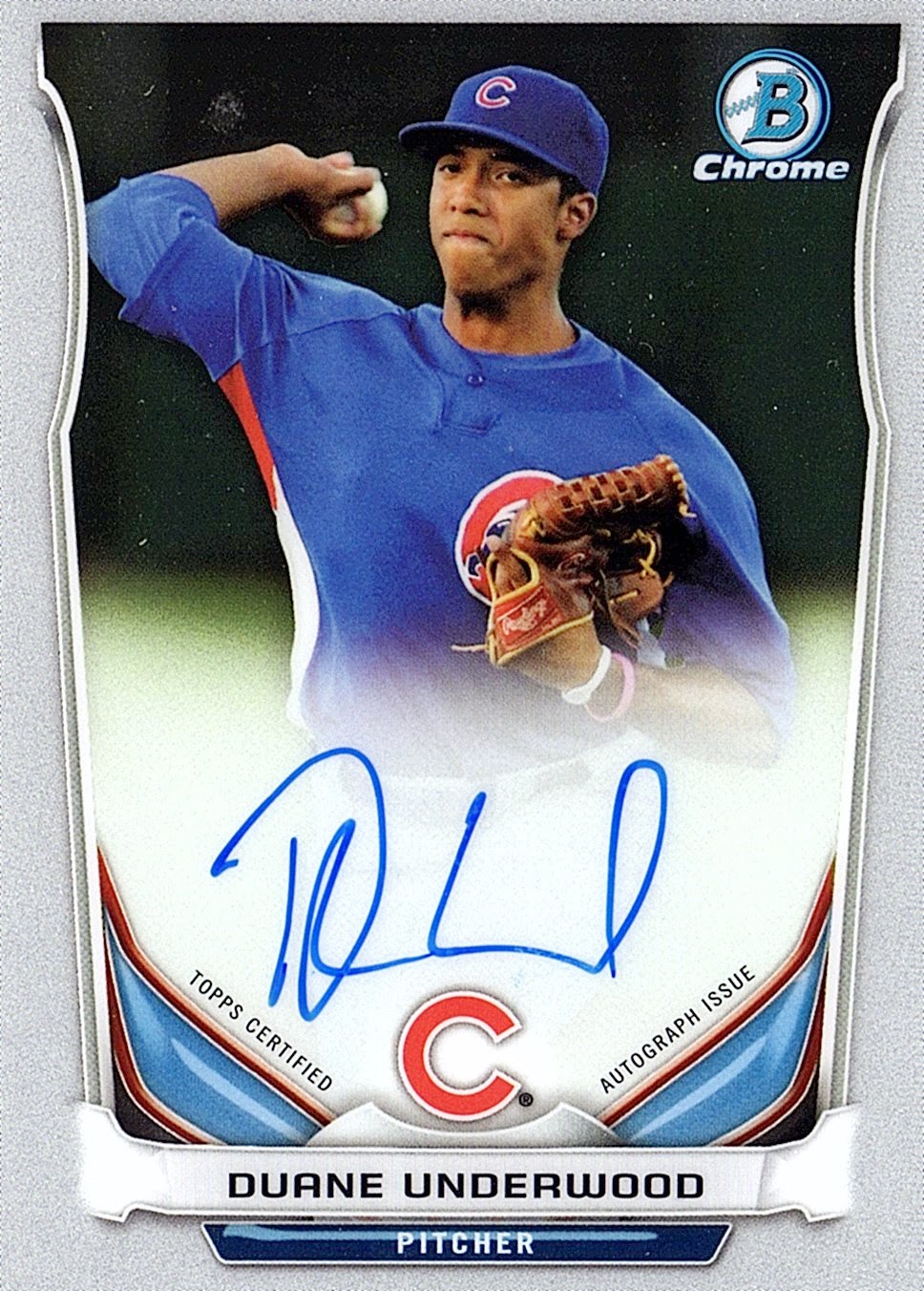 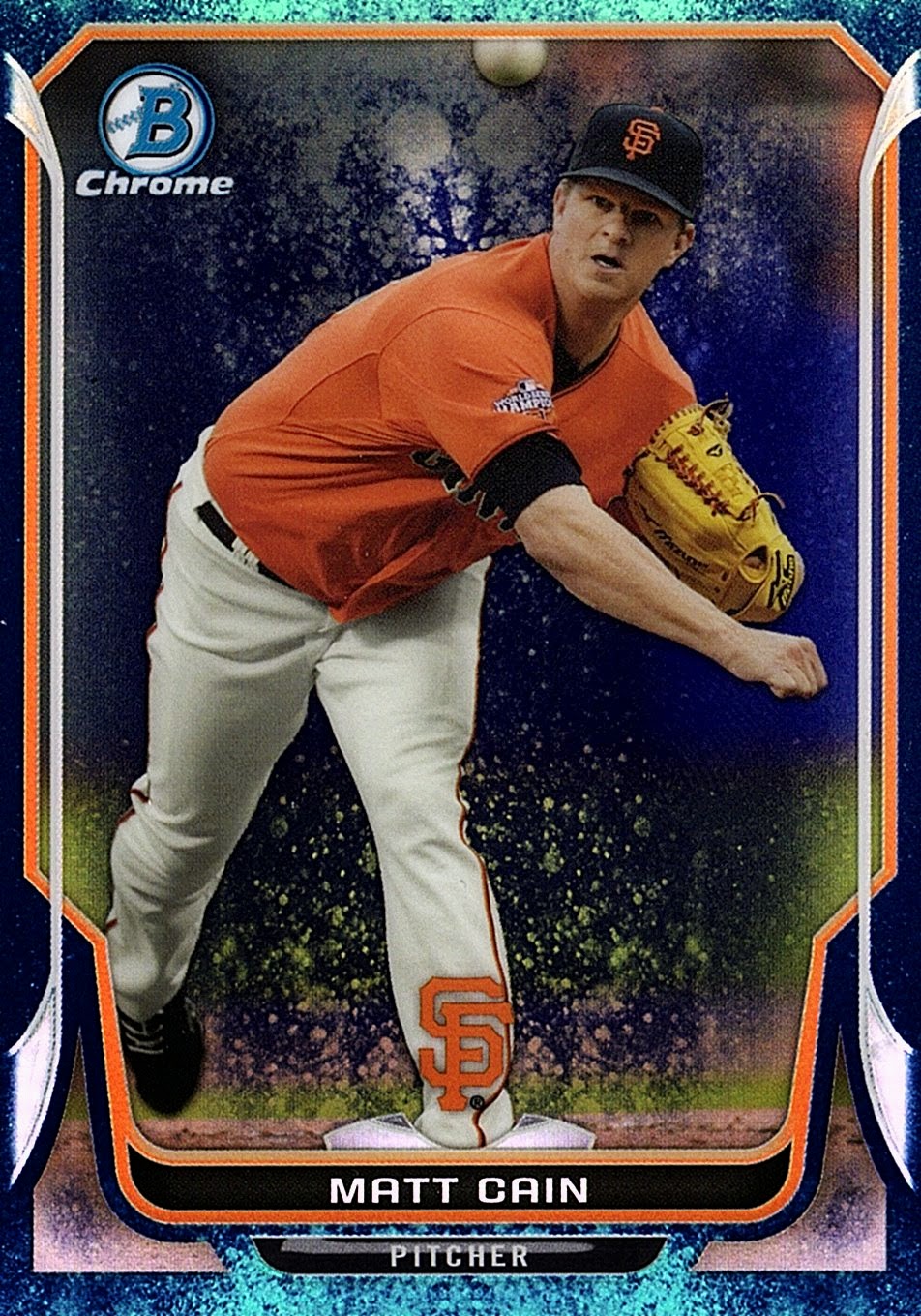 Cain refractor numbered to 99.  Looks like he is having trouble with his arm again. Hopefully it doesn't need repaired again. 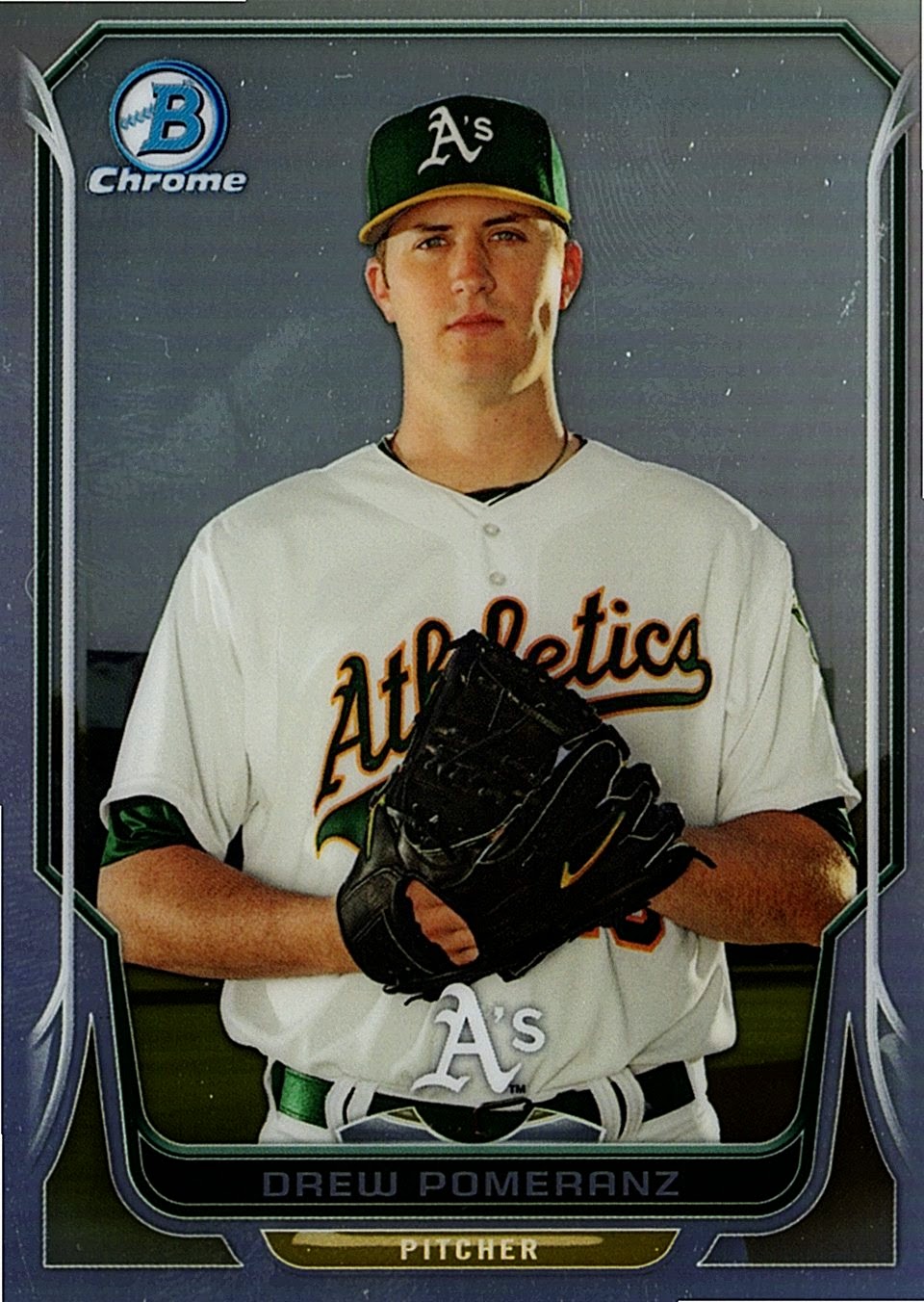 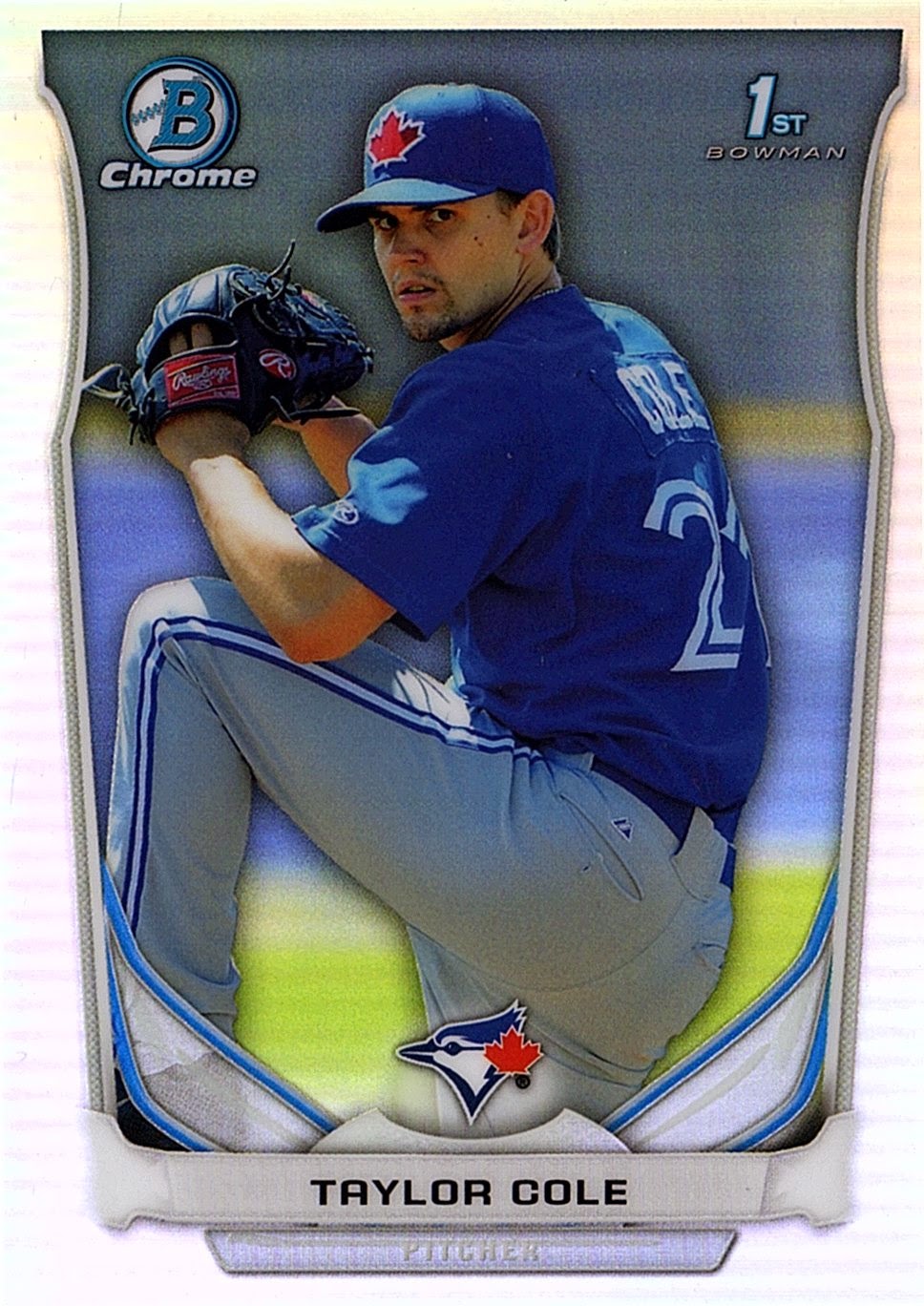 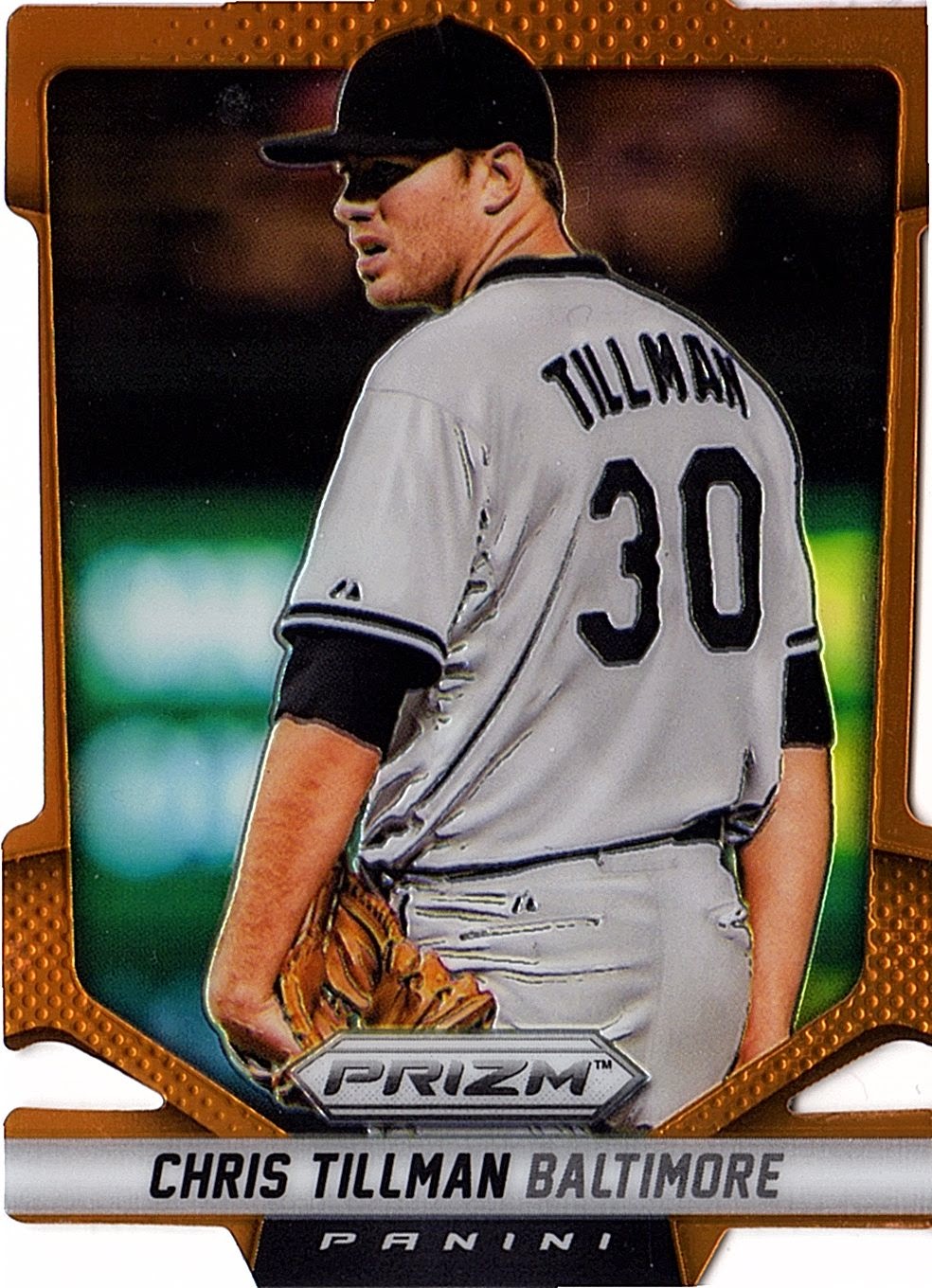 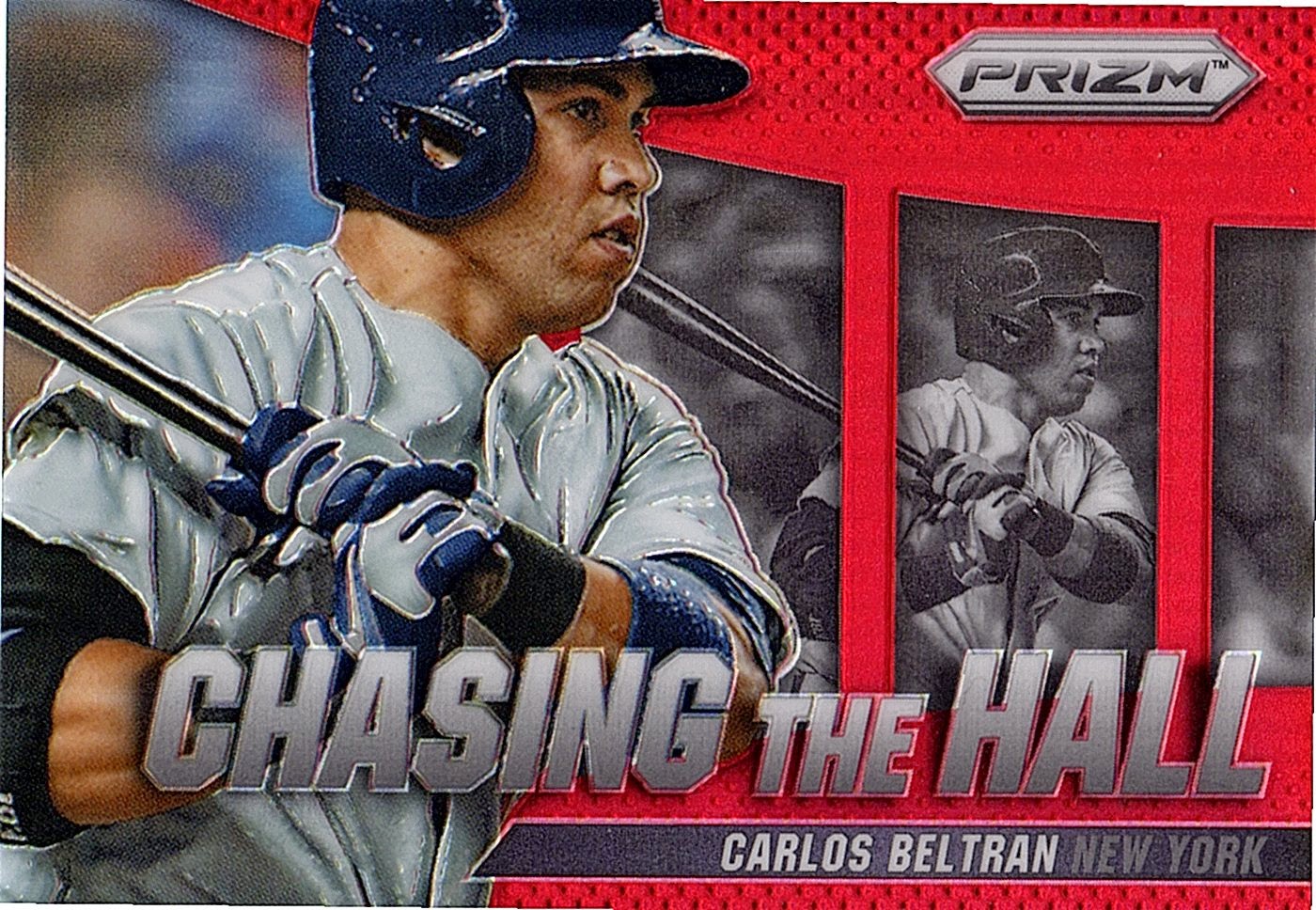 Carlos Beltran /25. Beltran is a hall of fame talent, but I think once it is all said and done he gave up too many games to injury.

You probably noticed that I didn't show much Prizm. If I recall I traded most of my box to Keith for a Steve Slaton auto I didn't have.

All cards shown are for trade. I like low numbered Mike Trout autos and gem mint hall of fame vintage and Bob Walk!