TJ aka the Junior Junkie and I finally broke the ice. I've been following his blog pretty much since I started mine, but for whatever reason our paths never crossed. Thankfully TJ must have had a big time card spring cleaning as he bombed mailboxes all over the US. If you need proof check out this receipt. That poor girl is probably going to hide at the post office next time she sees you. 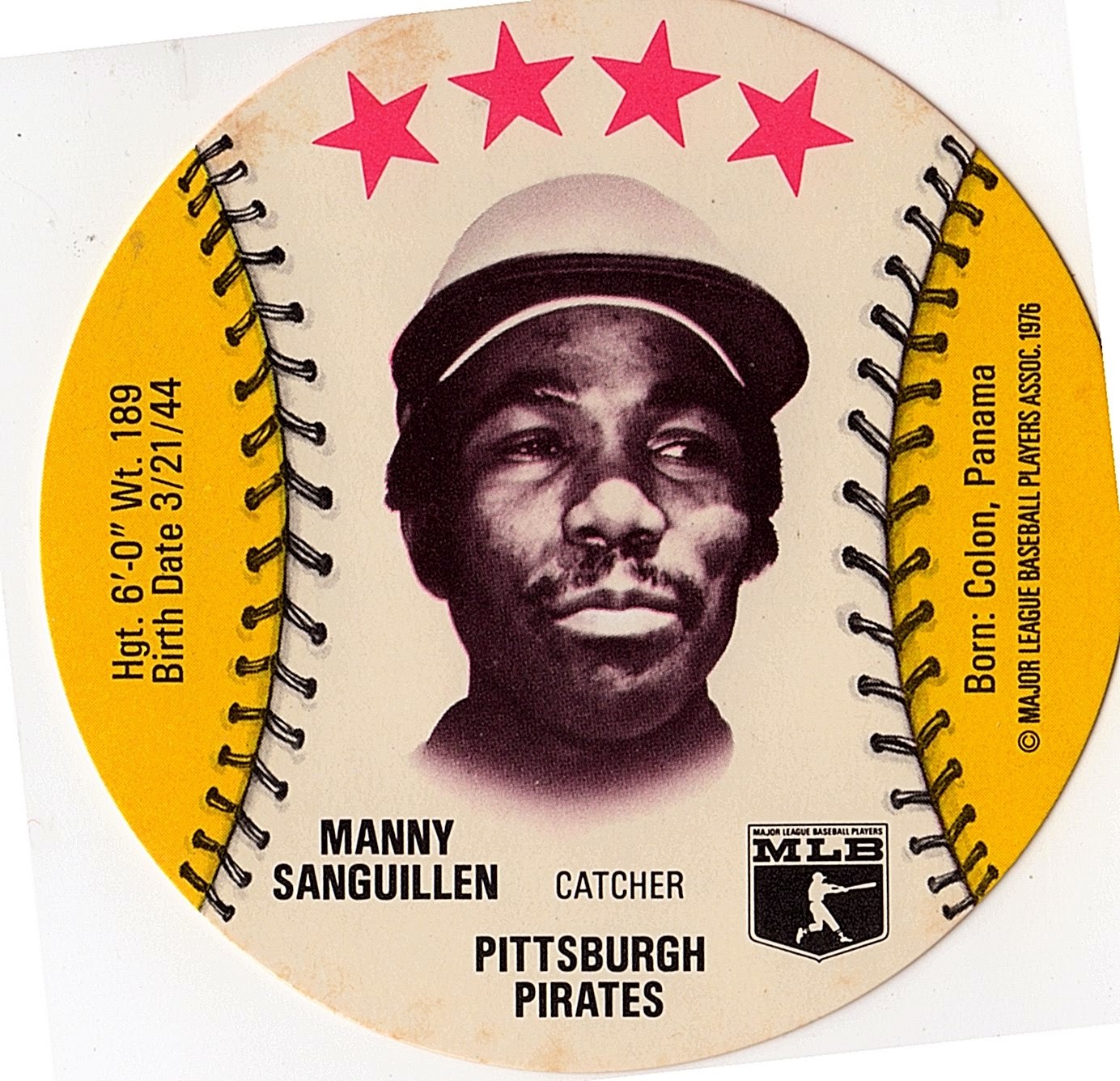 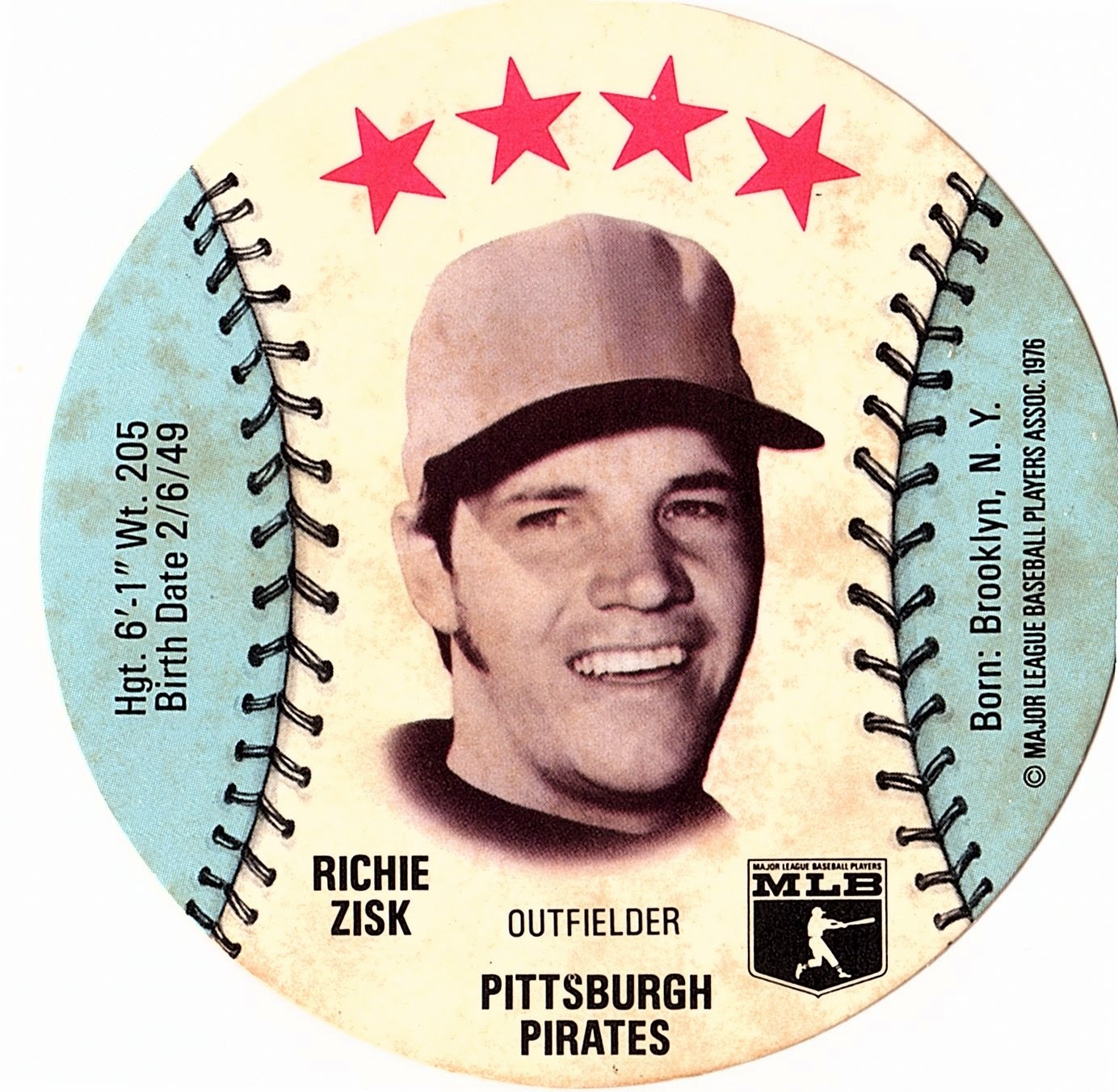 A rare serious looking Sanguillen and an all smiles Richie Zisk Isaly's Disc. Most of the Isaly's restaurants had closed by the time I was born, but you can still buy some of their products in grocery stores in the area. I also found out they invented the Klondike bar. You learn something everyday. 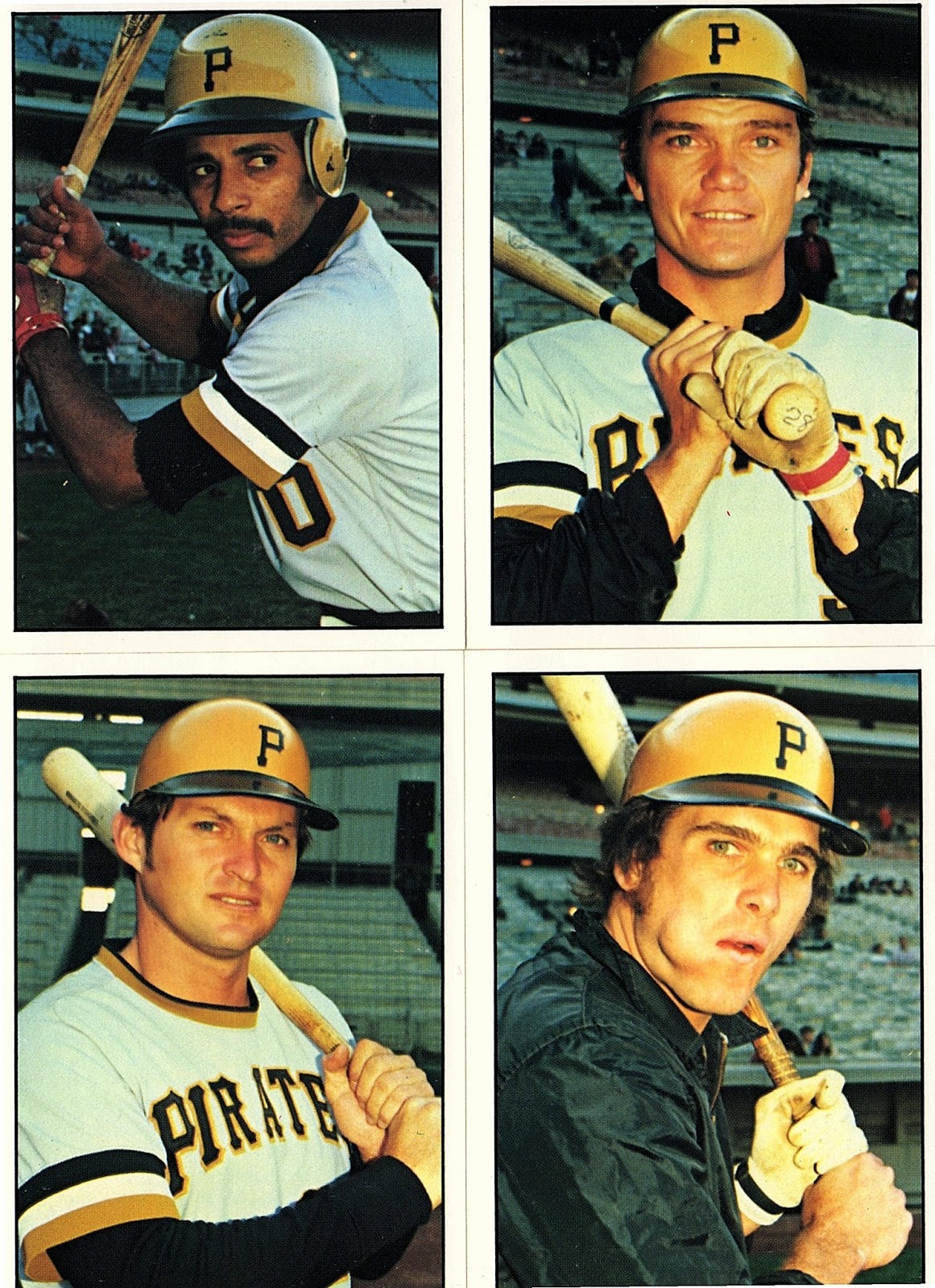 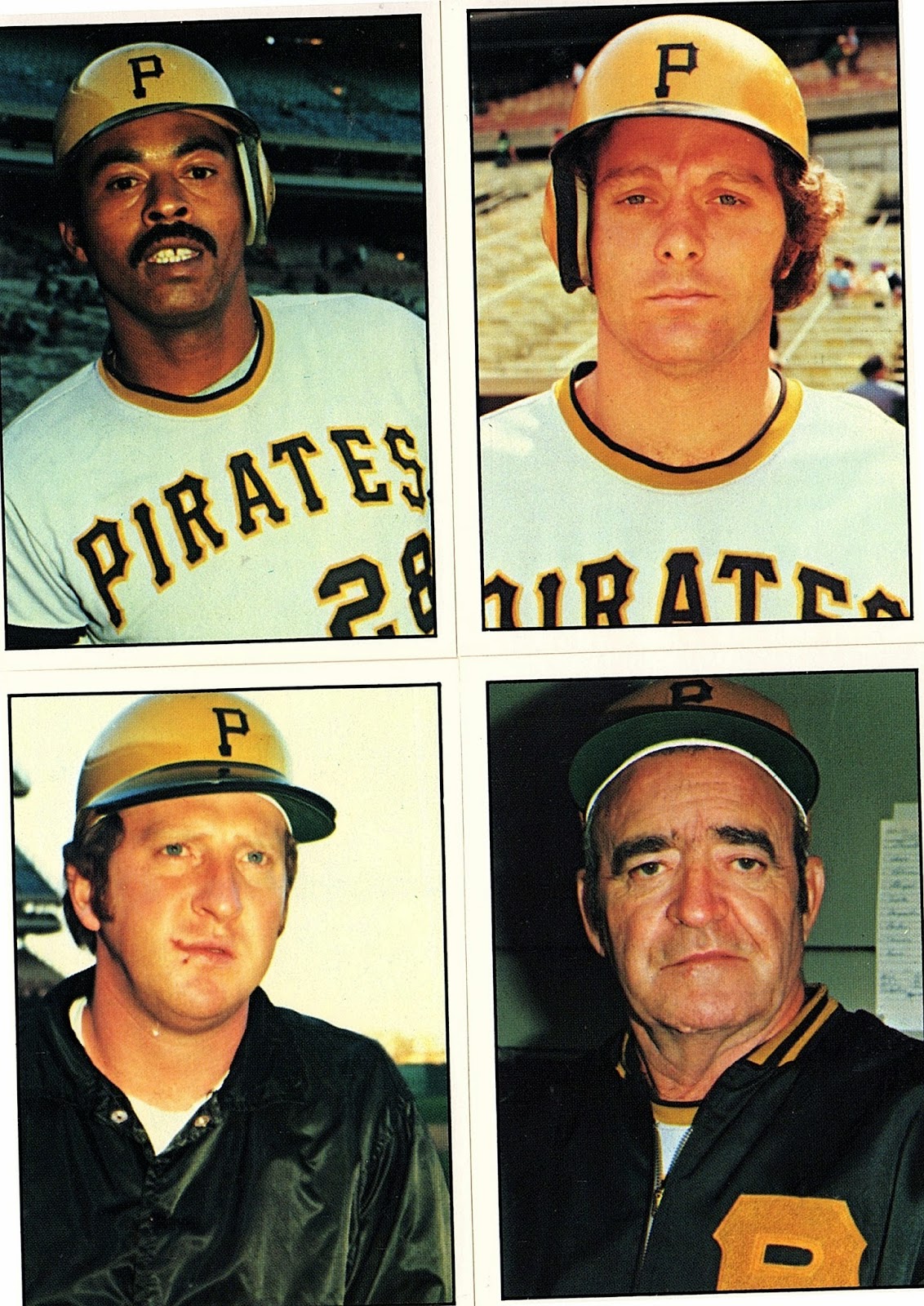 I had no SSPC cards before I started blogging now I have a ton. I love these. Simple in the best of ways. The Murtaugh on the bottom right is my favorite. He looks like an old gym teacher. 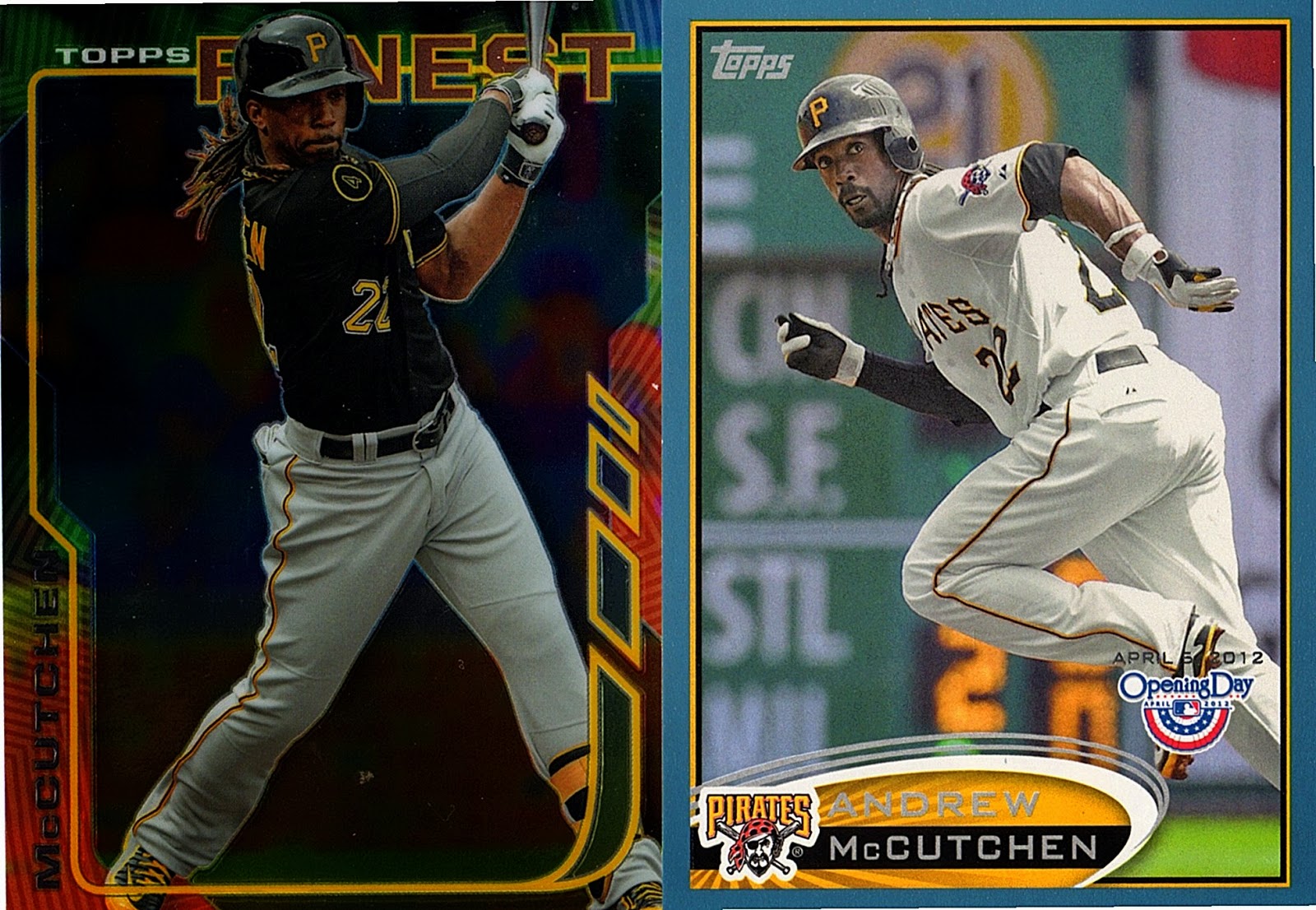 Finest is a great set that I wish was just a tad bit cheaper. I loved last years set. Cutch is going to be the NL MVP this year! 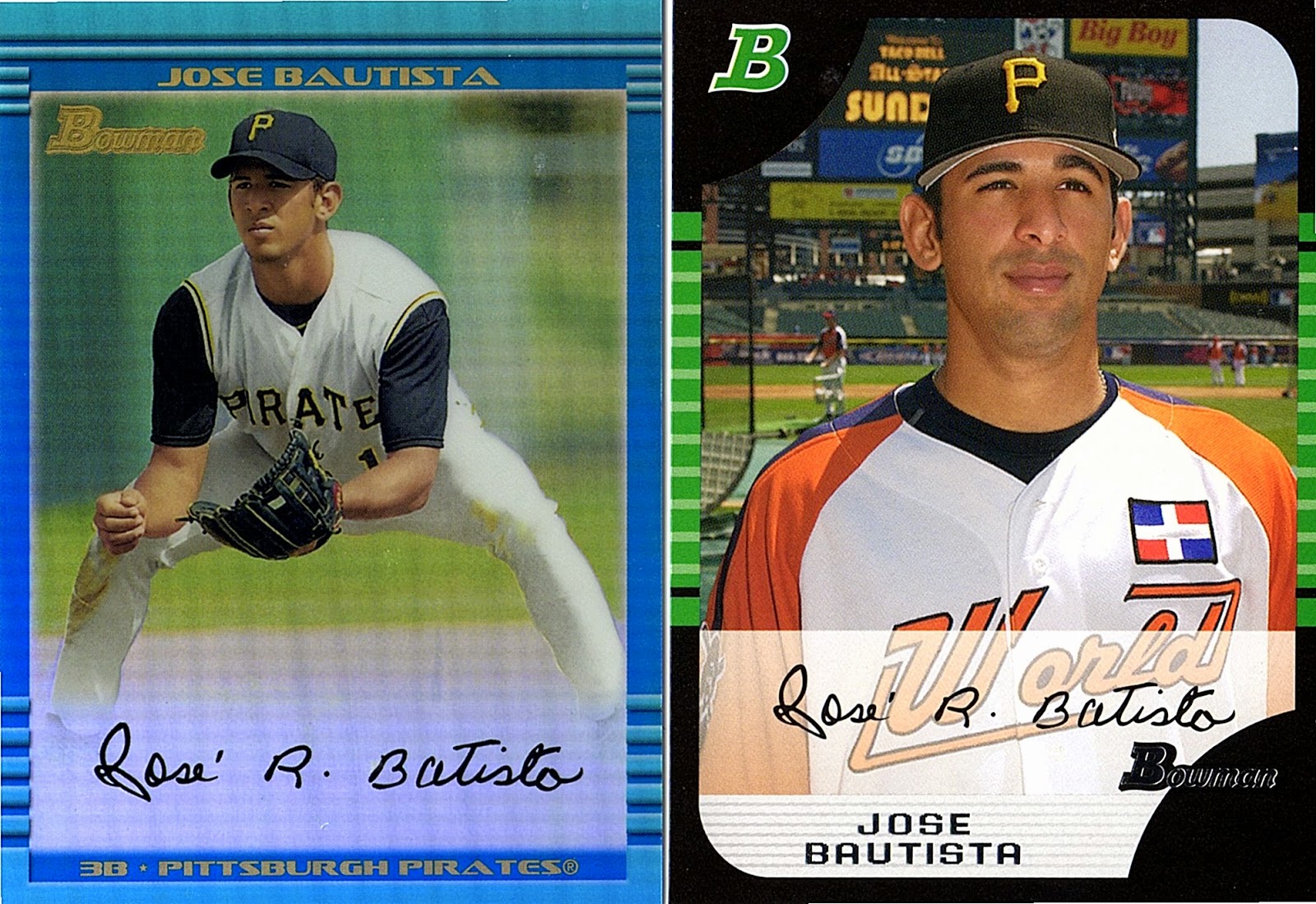 The Pirates gave up on Jose Bautista and it came back to haunt them. He credits the Blue Jays hitting coach at the time for making a small adjustment to his swing. That small adjustment turned Bautista into one of the most feared sluggers in the game.

Pedro Alvarez has had a hard time living up to the huge hype after being the 2nd pick in the 2008 draft. It finally looked like he had broken out two years ago and had an All Star season, but the wheels came off last year as his defense hit rock bottom. He could not throw to first accurately which is pretty essential part of playing third base.  This year he has moved to first base which I hope eases the stress of the fielding issues. Be nice to get that power stick hitting on all cylinders.

TJ was nice enough to throw in the complete Welland Pirates set from 1994. Jeff Banister is the new coach of the Texas Rangers! 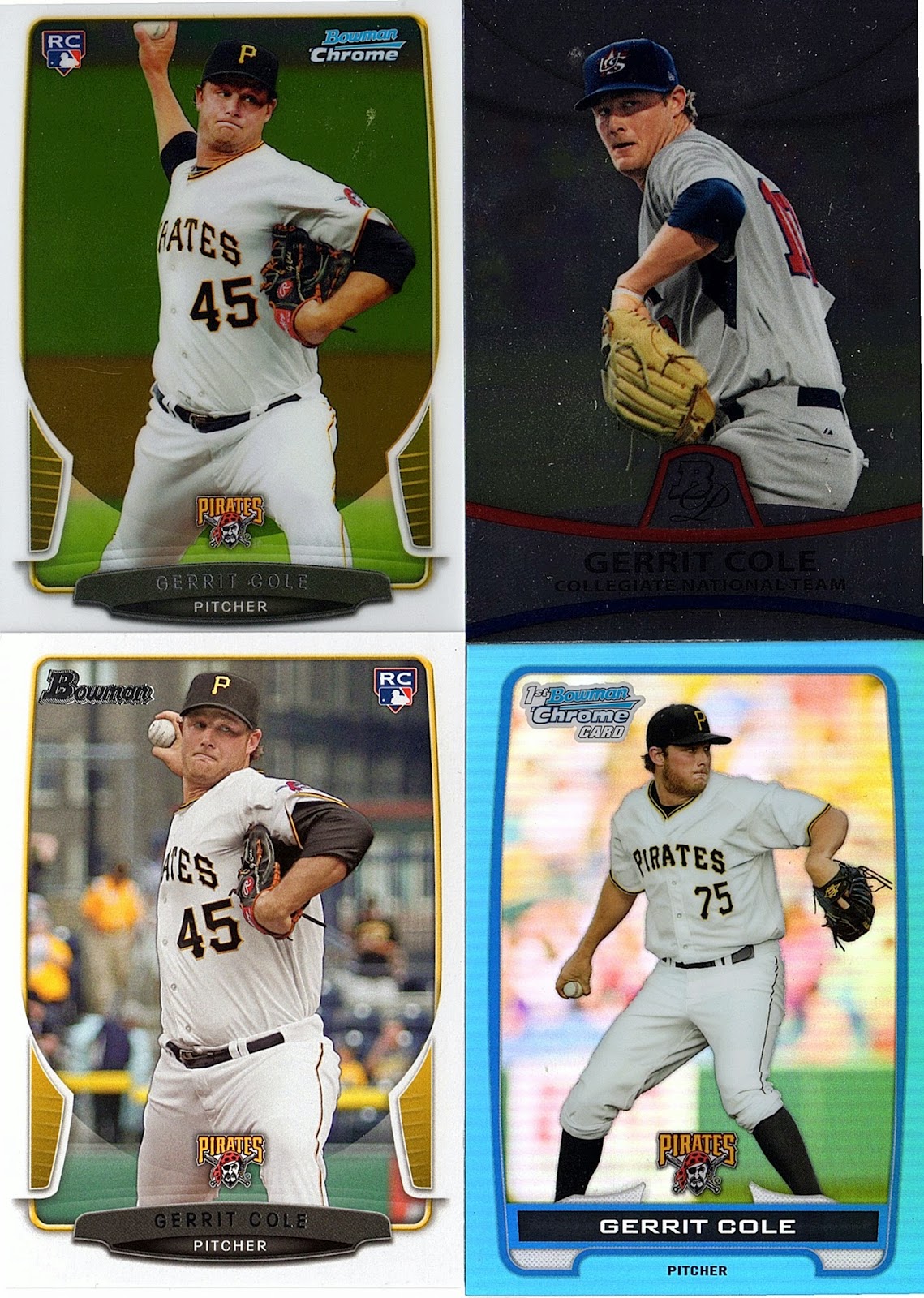 I'm a huge Gerrit Cole fan so I love it when people send me his cardboard. If I had to pick one guy who is key for the Pirates to make a deeper playoff run it would be the big righty. Our lineup shouldn't have a problem scoring runs so Cole taking the next step and becoming the ace of the staff would be huge. Hard to think of many recent World Series teams that didn't have an "ace" at the front end.  Just look at Bumgarner last year. Freaking guy pretty much won the World Series for the Giants.

Thanks for all the great cards TJ. I'll hit you back soon.

Email ThisBlogThis!Share to TwitterShare to FacebookShare to Pinterest
Labels: the junior junkie, trade 2015