I was all set to take a blogging day off, but the Pirates game is on a rain delay so I figured I might as well utilize my time. 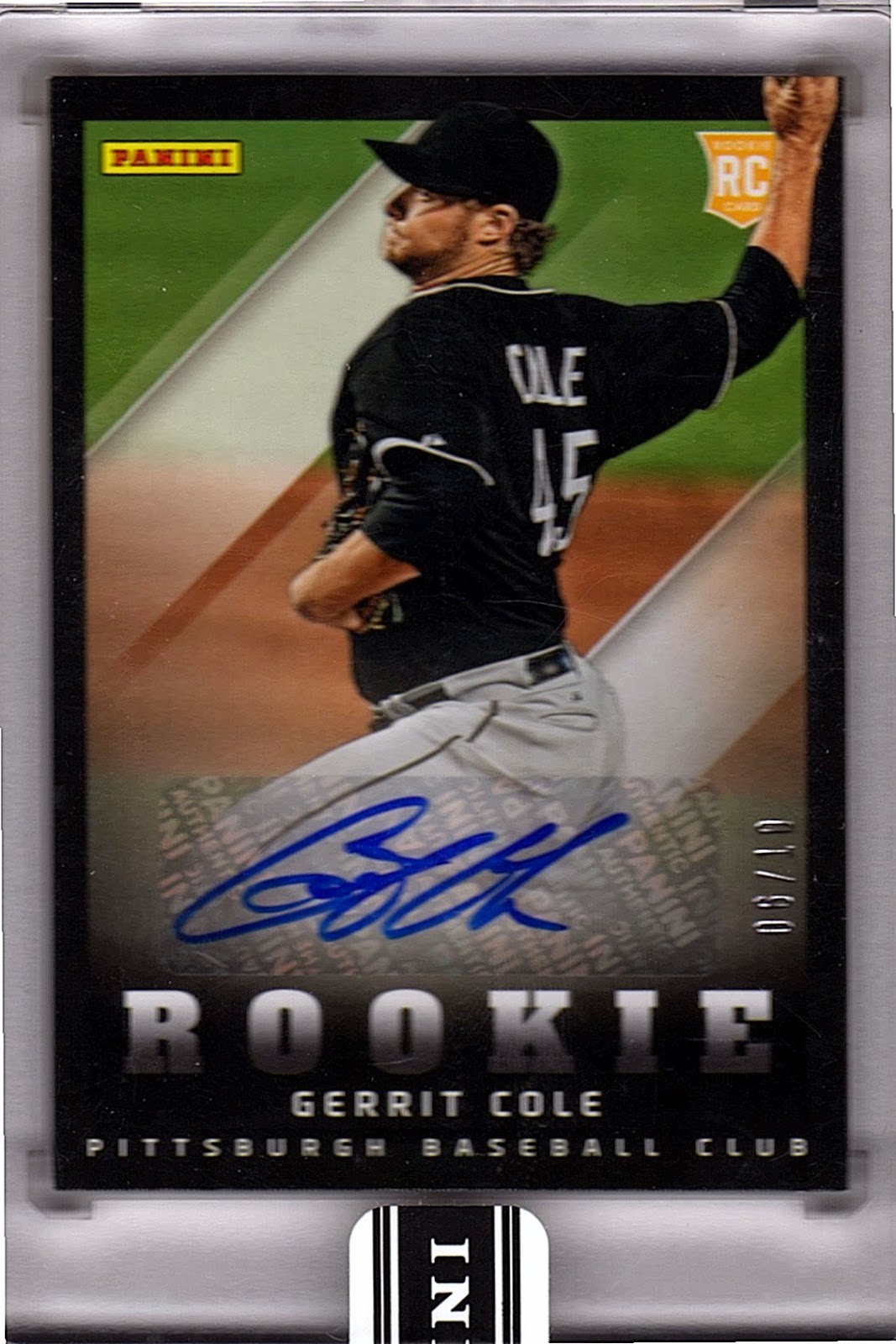 When I purchased this card in early 2014 I really had no idea about Panini Fall Heroes. All I knew was that it was a low numbered encased Gerrit Cole for a good price. Once the card was in hand I found out that Fall Heroes was a promotional set in which you received one pack if you took advantage of a combo box deal off of Panini's website.  The kicker was that it really wasn't that great of deal. Actually it looks awful now.


As you can see their are some big names but your best bet as usual is to hit up eBay.

Let's hope Gerrit Cole pitches a good game tonight. He is the key to the Pirates taking the next step this year. If he reaches his potential the Pirates will finally have the ace they have been looking for.

Posted by BobWalkthePlank at 9:02 PM