This is the first year where I haven't bought any Opening Day in a long time. I've accepted the fact that it will always mirror the Series 1 release, so I don't think that was the reason. The blue parallels were a little disappointing in that they didn't number them and the overall look doesn't stray far from the base card. Whatever the case I really haven't been interested in too much in 2015 releases besides Series 1 and Donruss (hears collective groan from the blogosphere). It was weird being at Target and not buying a blaster the other day. FISCAL RESPONSIBILITY!

With that being said I still try to cherry pick any Pirates that catch my eye for the right price. As I've said before I don't generally chase printing plates unless they are of more obscure players, but exceptions can be made, especially for Gregory Polanco. 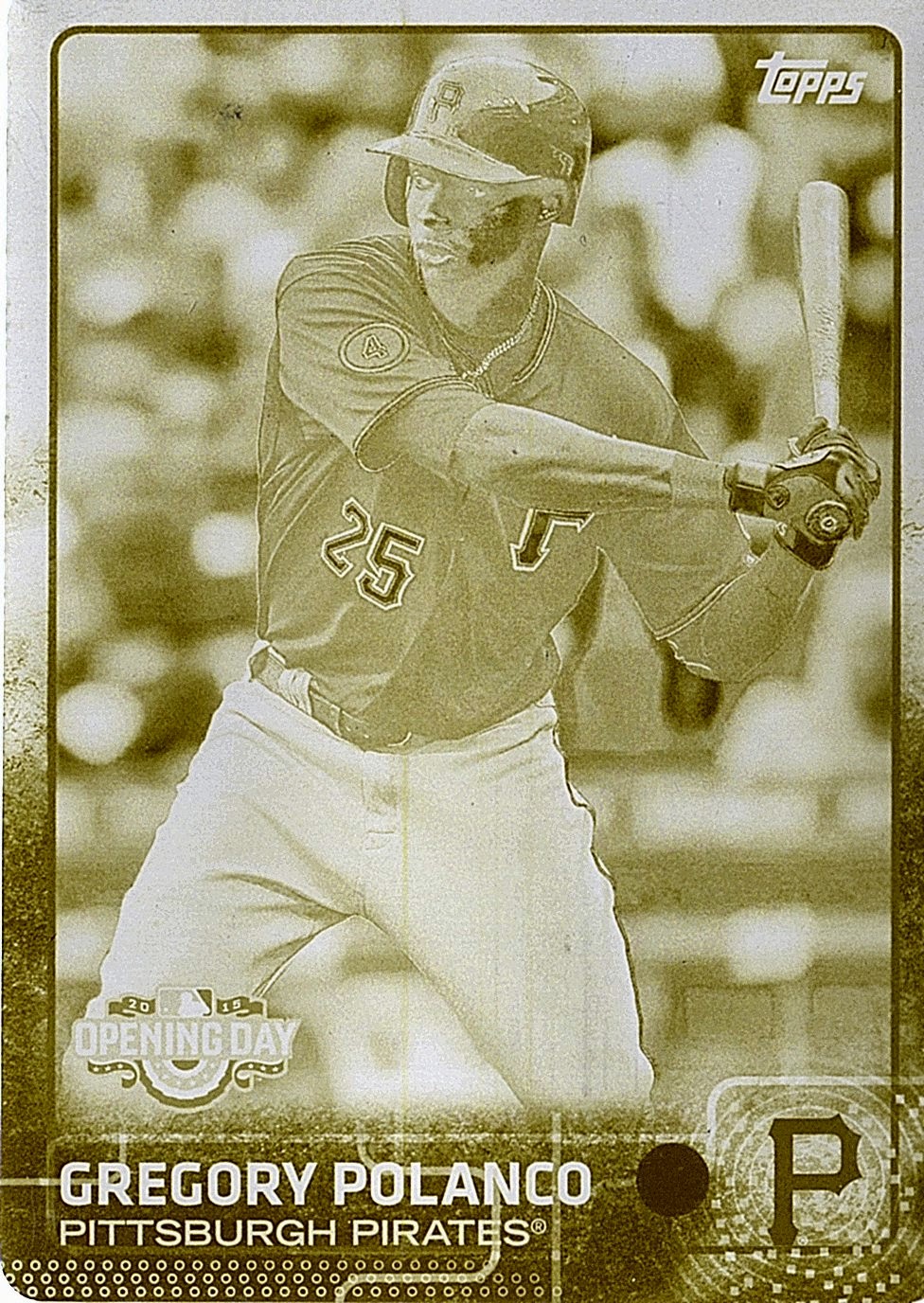 I seem to be a magnet for his cards which is not a bad thing. It is no big secret I'm a huge fan and was happy that he has gotten off to a decent start. The Pirates as a whole have been terrible offensively with the exception of Polanco and Neil Walker. Good pitching and some timely 2 out hitting has kept them above the .500 mark. I'm not big on making huge changes because of April numbers, but it wouldn't surprise me if Polanco slides up to the leadoff spot this year. I'm not convinced that Josh Harrison can keep a high enough obp to warrant leading off.