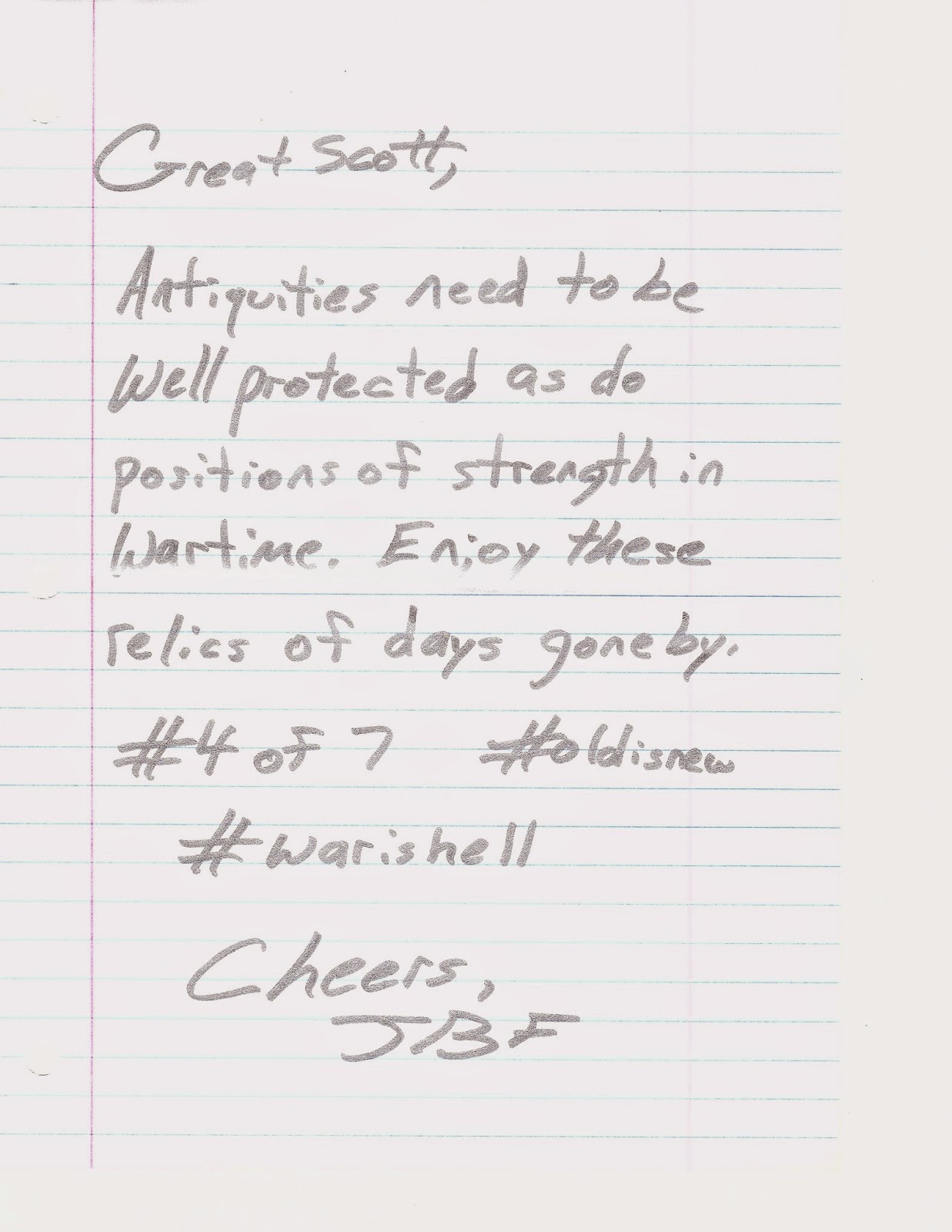 My arch nemesis JBF hit me again on Saturday with a vintage themed attack. While it looks one sided in the war right now, Bob Walk the Plank has sent a secret weapon to Alabama to help get things back on track. Let's just say I put the hammer down!

These all came secured in screw down holders. 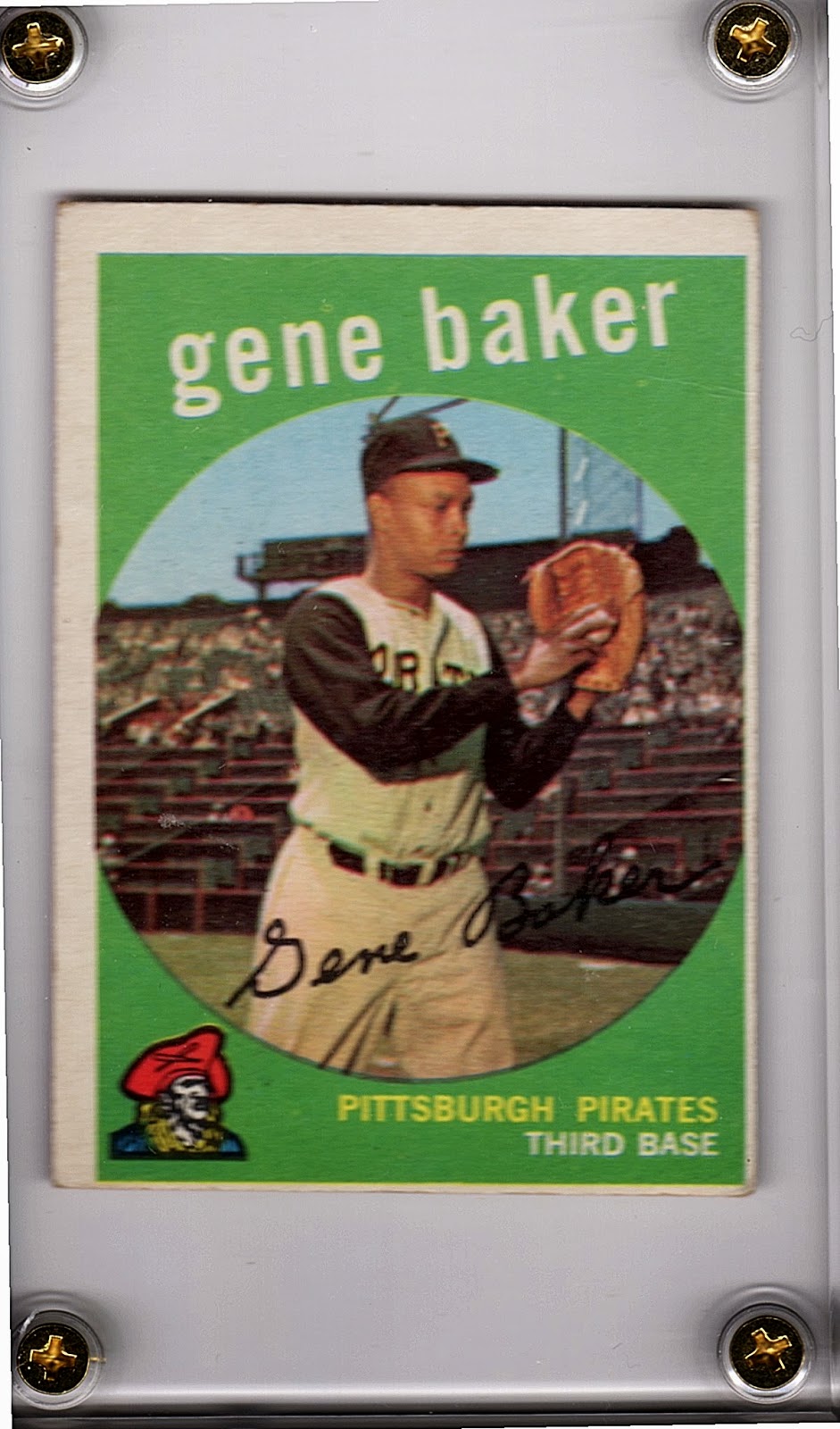 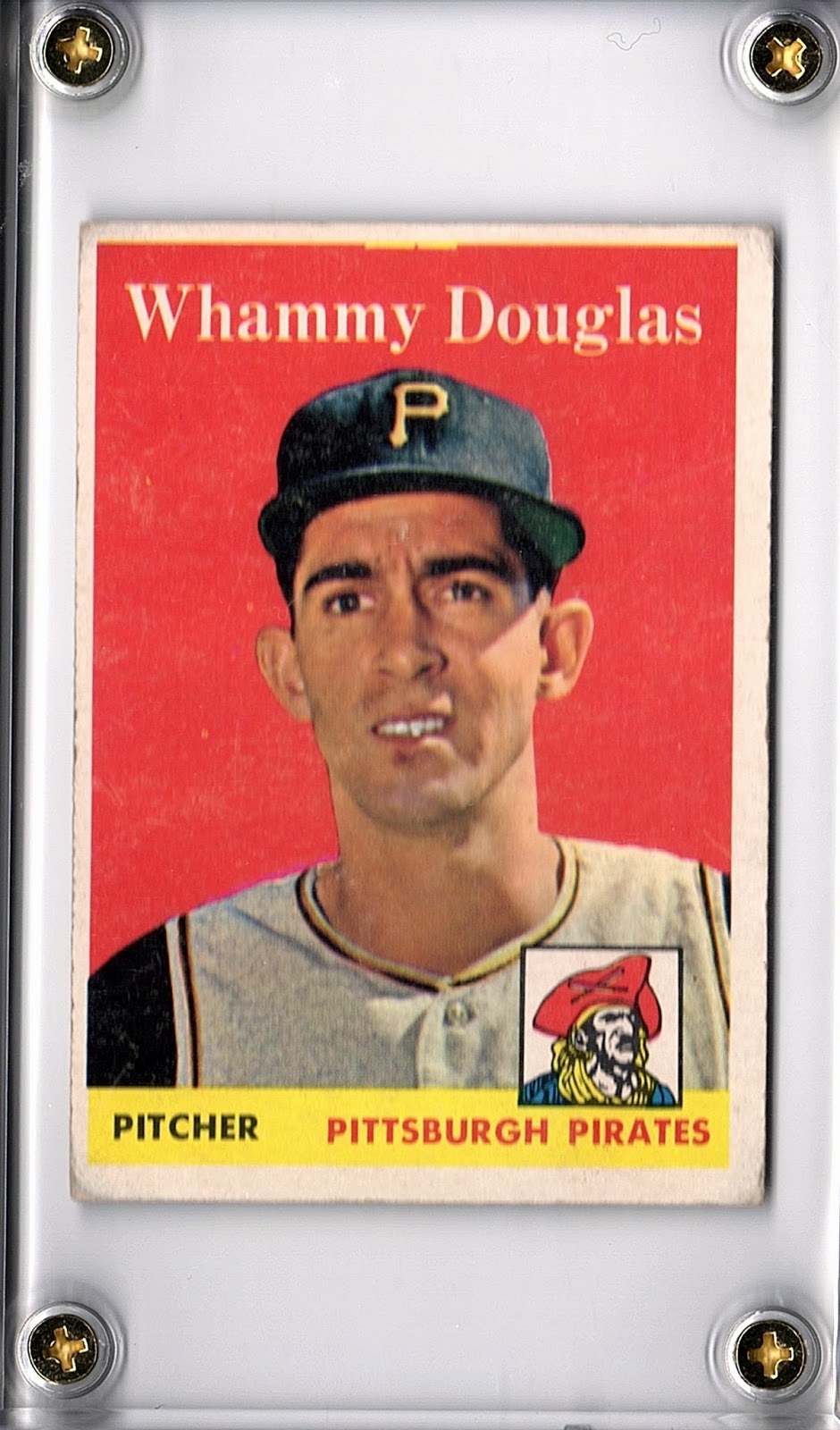 Yes Whammy, Yes Whammy. One of the best old timey names out there. I told JBF that I was going to name my next child Whammy. 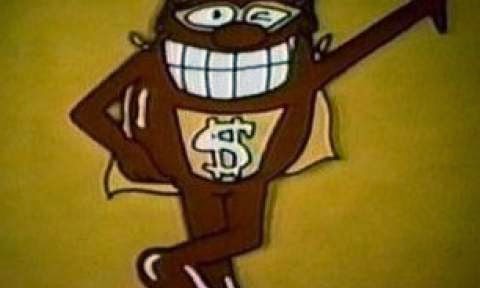 No Whammy, No Whammy 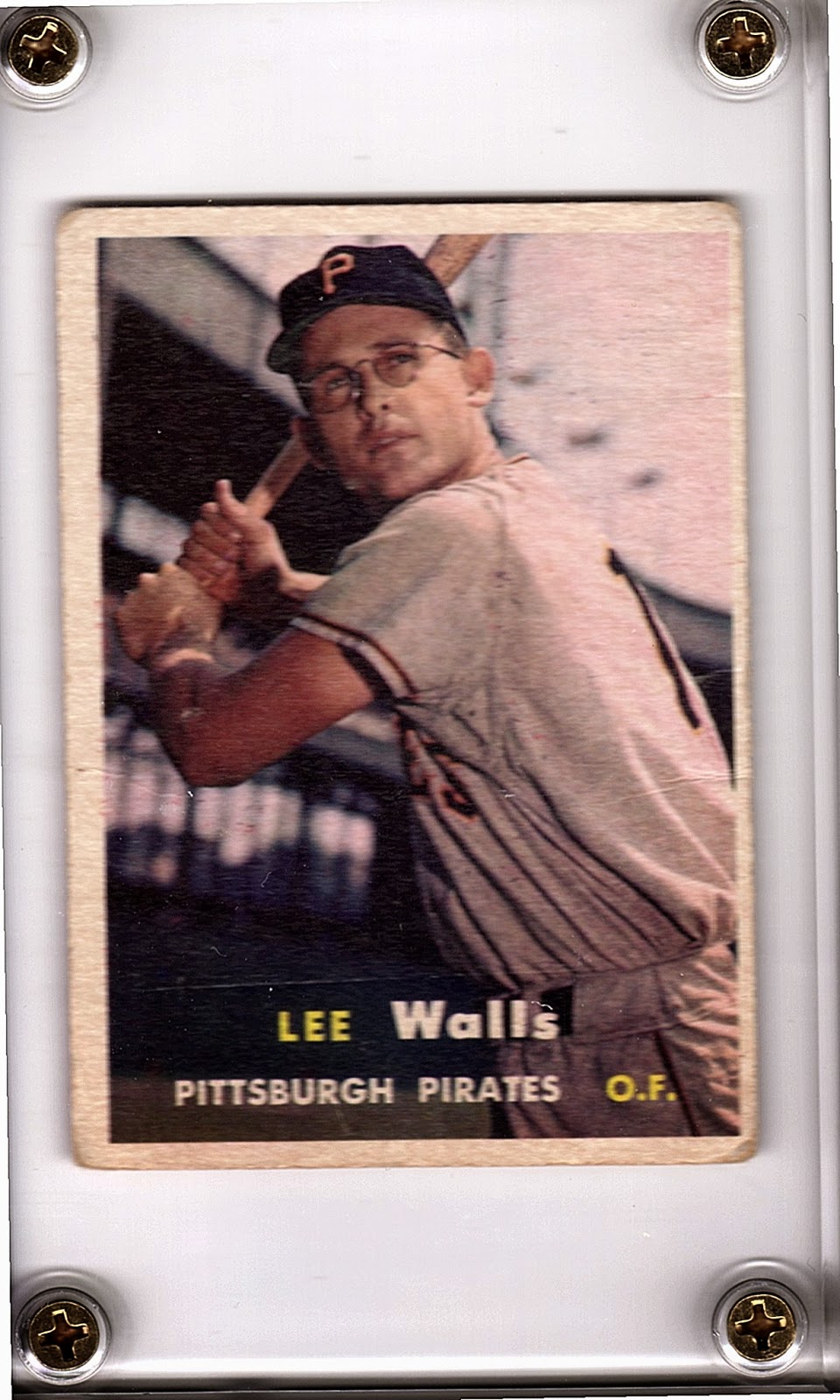 Just like Gene Baker, Lee Walls best years came as a Cub. This is a pretty sweet 1957 Topps. 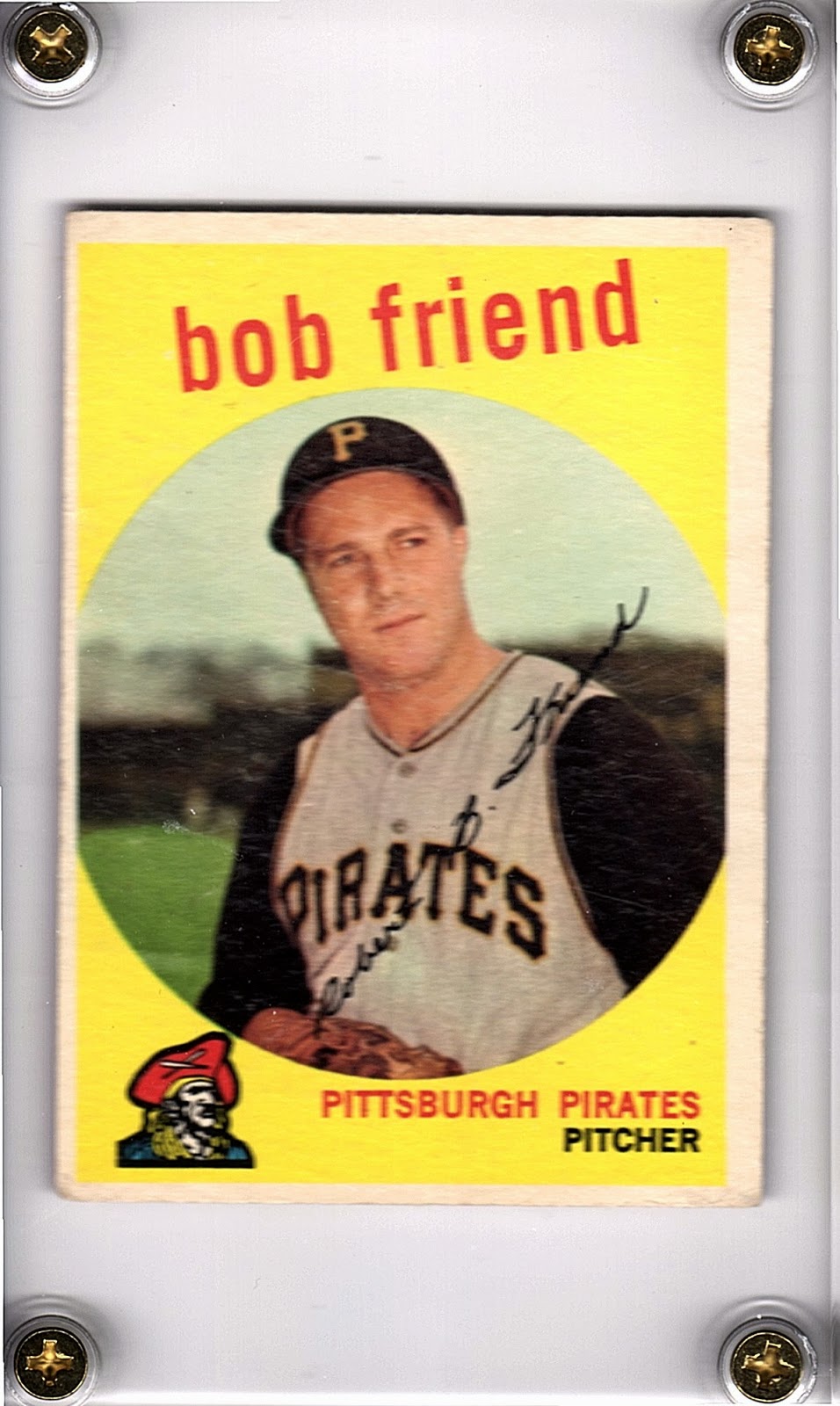 A nice 59 Jim Mcdaniel. He never made it to the big leagues, but it looked like he had a pretty impressive minor league career. 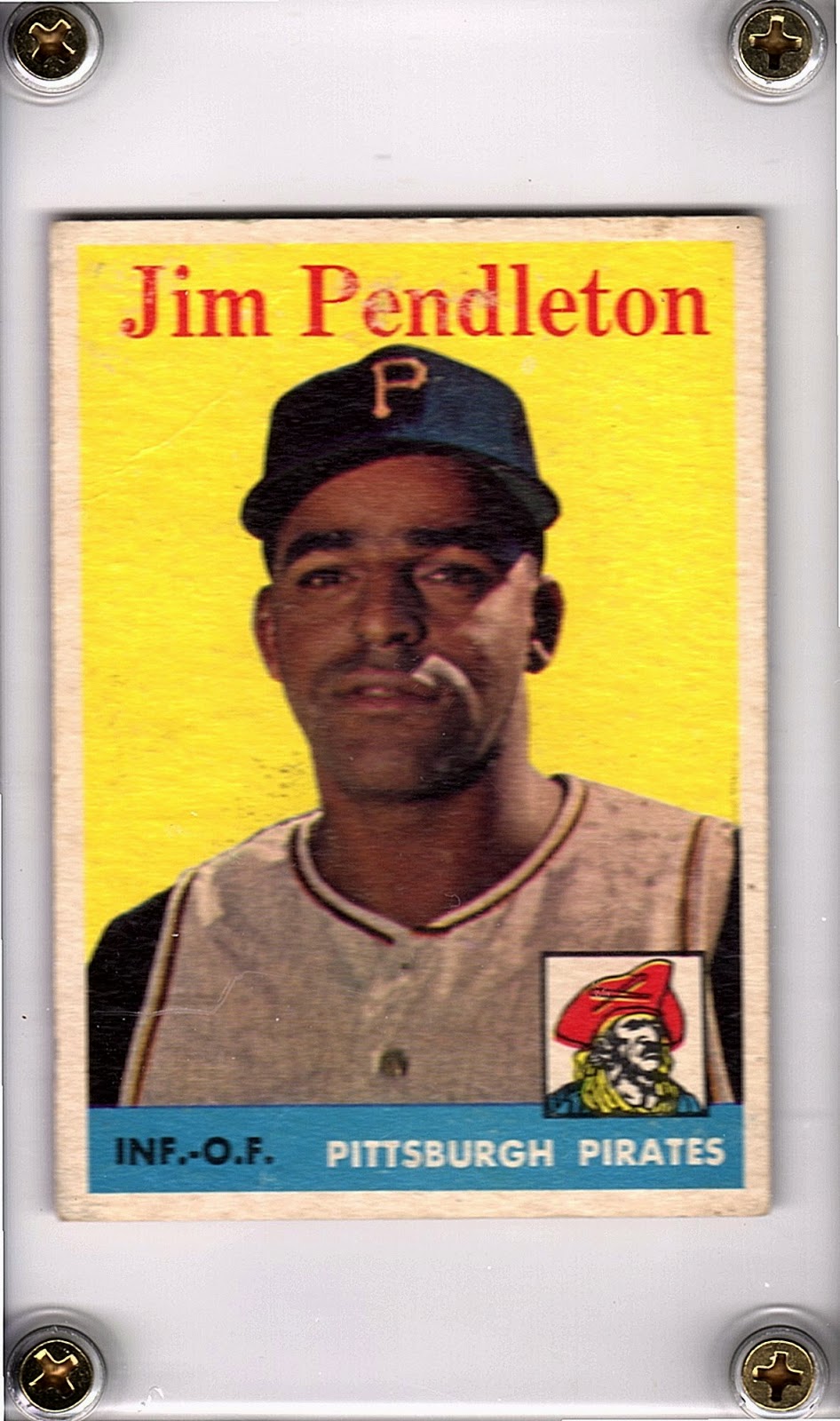 Pendleton only got about 75 at bats as a Pirate but managed to get in the 58 set. 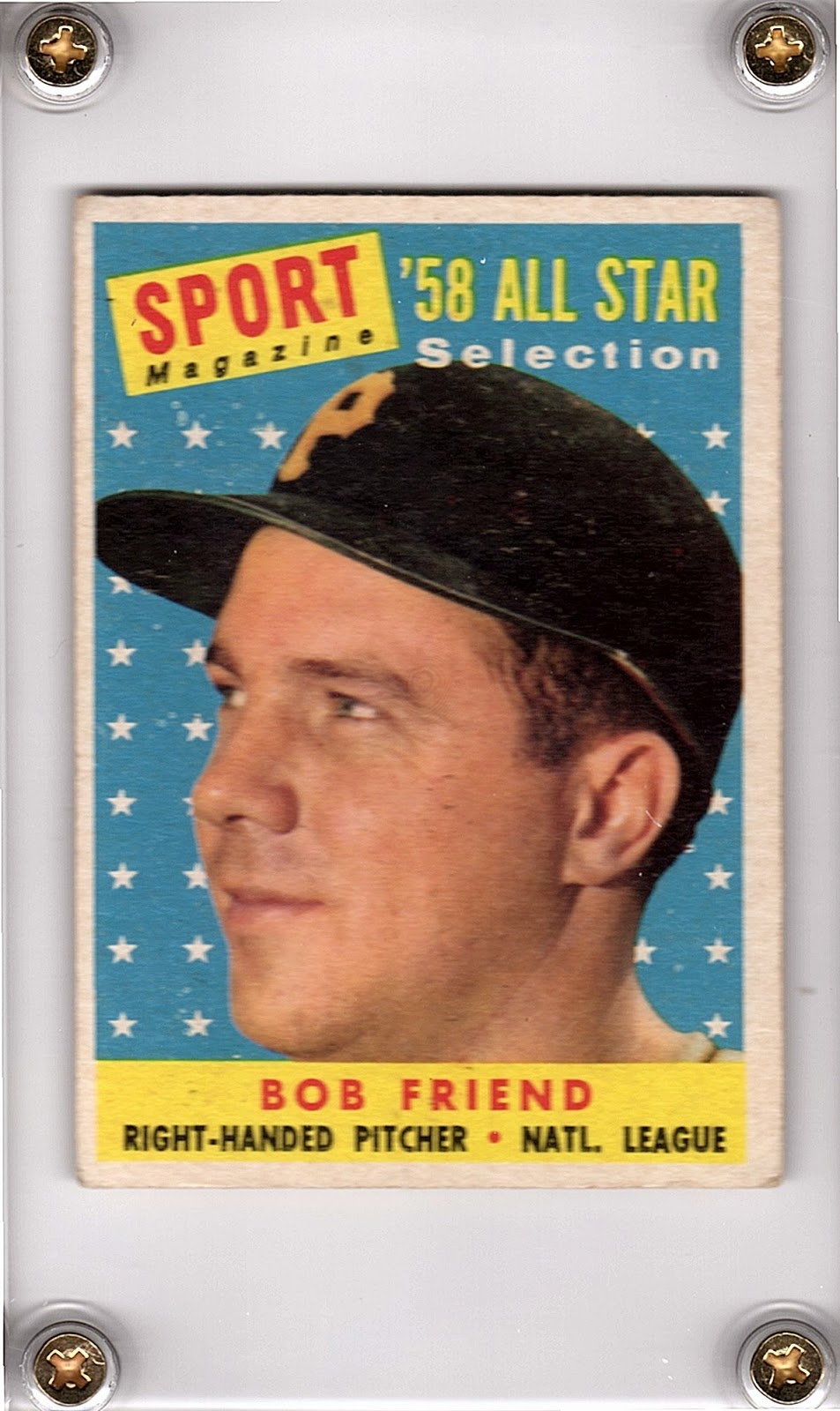 Another Bob Friend! He is still going strong today and is a pretty active signer from what I can see. 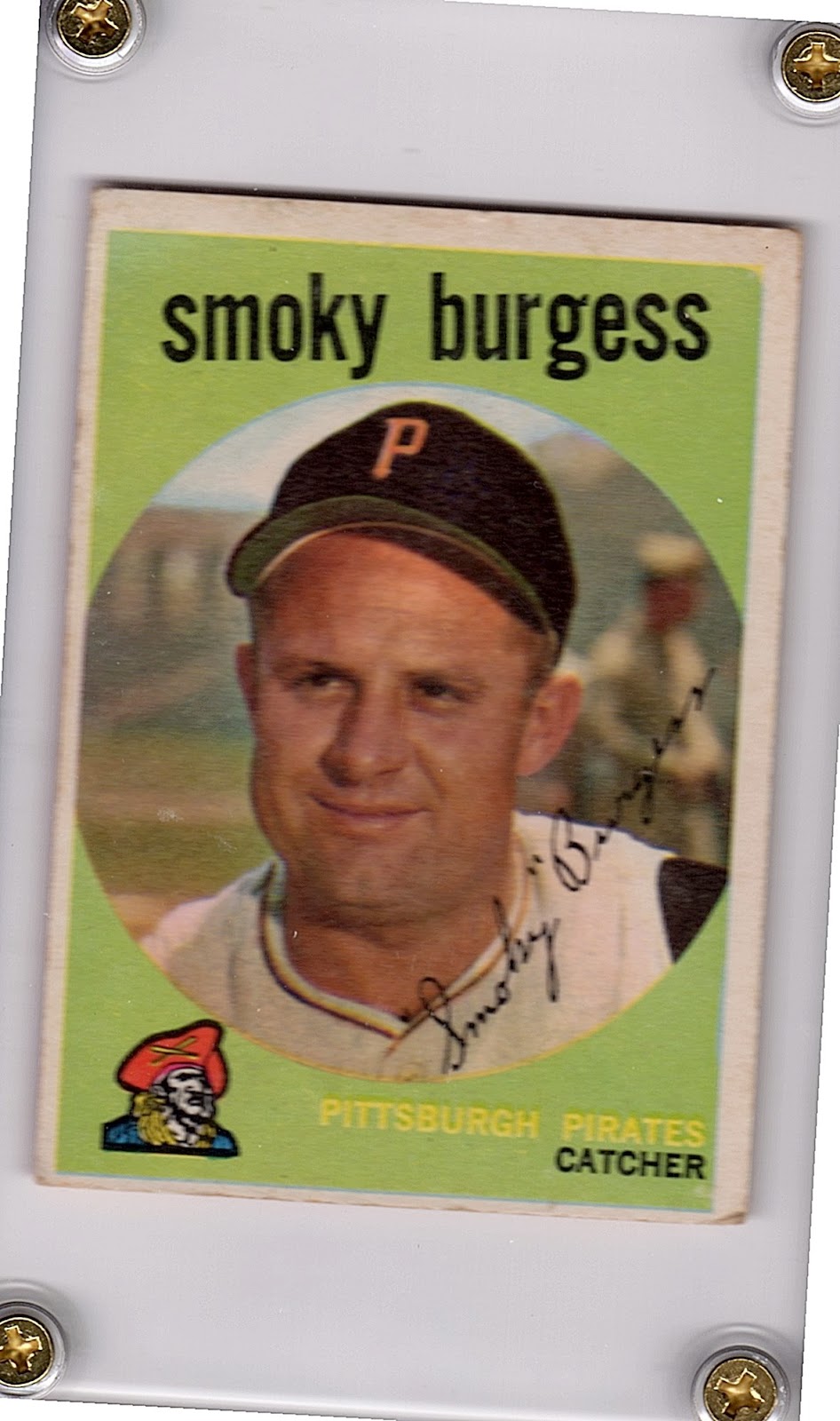 Smokey Burgess had a really long career playing about 18 years. He had great stretched with the Phillies, Reds and Pirates and was a 6 time All Star. Another beautiful 59! 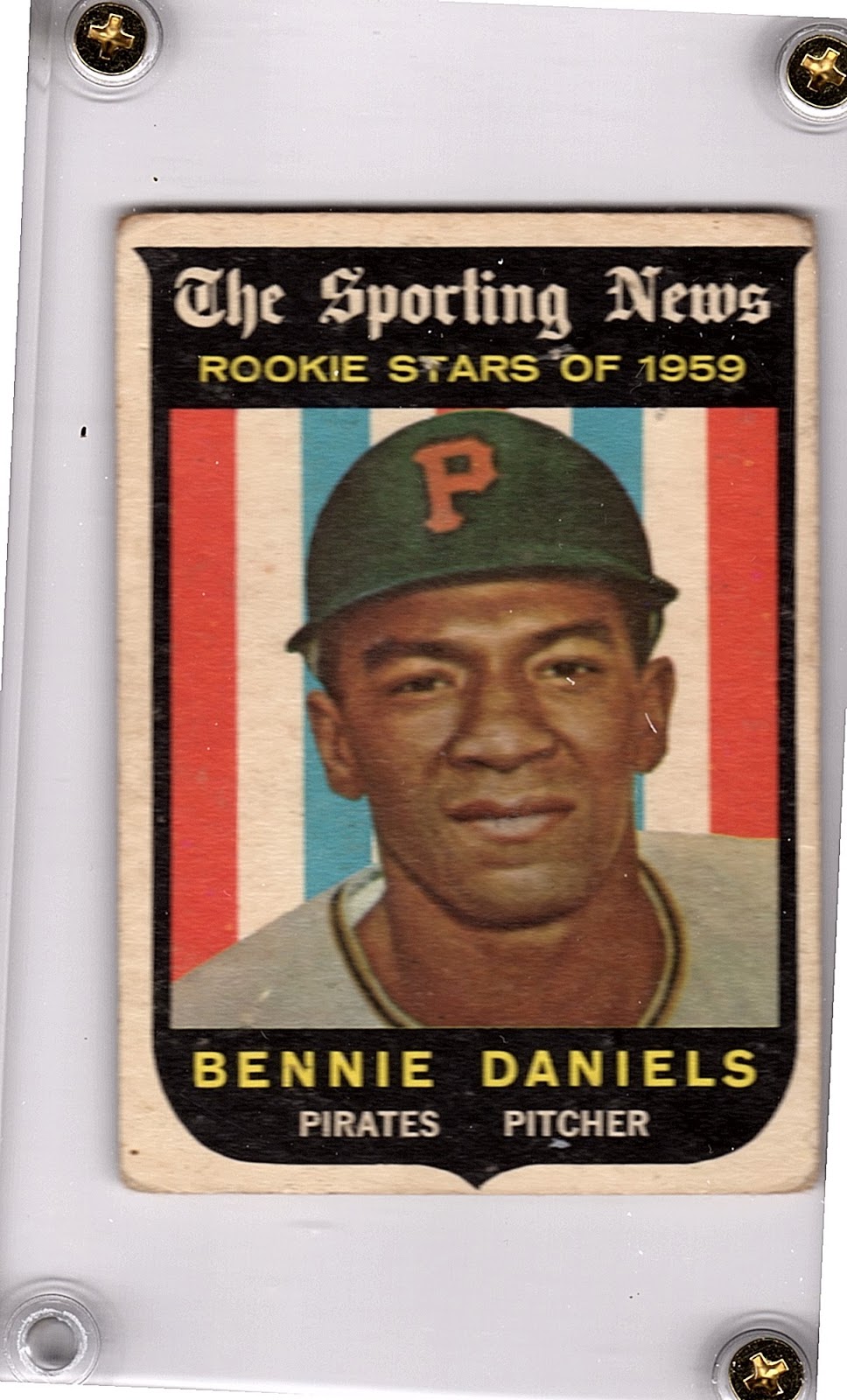 Thanks for all the great cards Wes. I think you and Mark Hoyle have really turned my non existent vintage collection into quite a collection. Hope you enjoy my weapon of mass destruction that arrived in Alabama!

Posted by BobWalkthePlank at 9:13 PM