As I've mentioned before nothing has really made me stop in my tracks when it comes to 2015 Pirate cards. The John Holdzkom auto that was issued in Series 1 was my only targeted card, but the Nachos Grande break took care of that. I've seen some Museum Collection hit eBay, but nothing has caught my eye.

Since nothing new has caught my eye I've turned my attention to some mid 2000 Pirate players. I collected heavy during this time so the cards I need are mainly parallels. Thankfully last week I was able to knock off another card that has avoided me for several years. 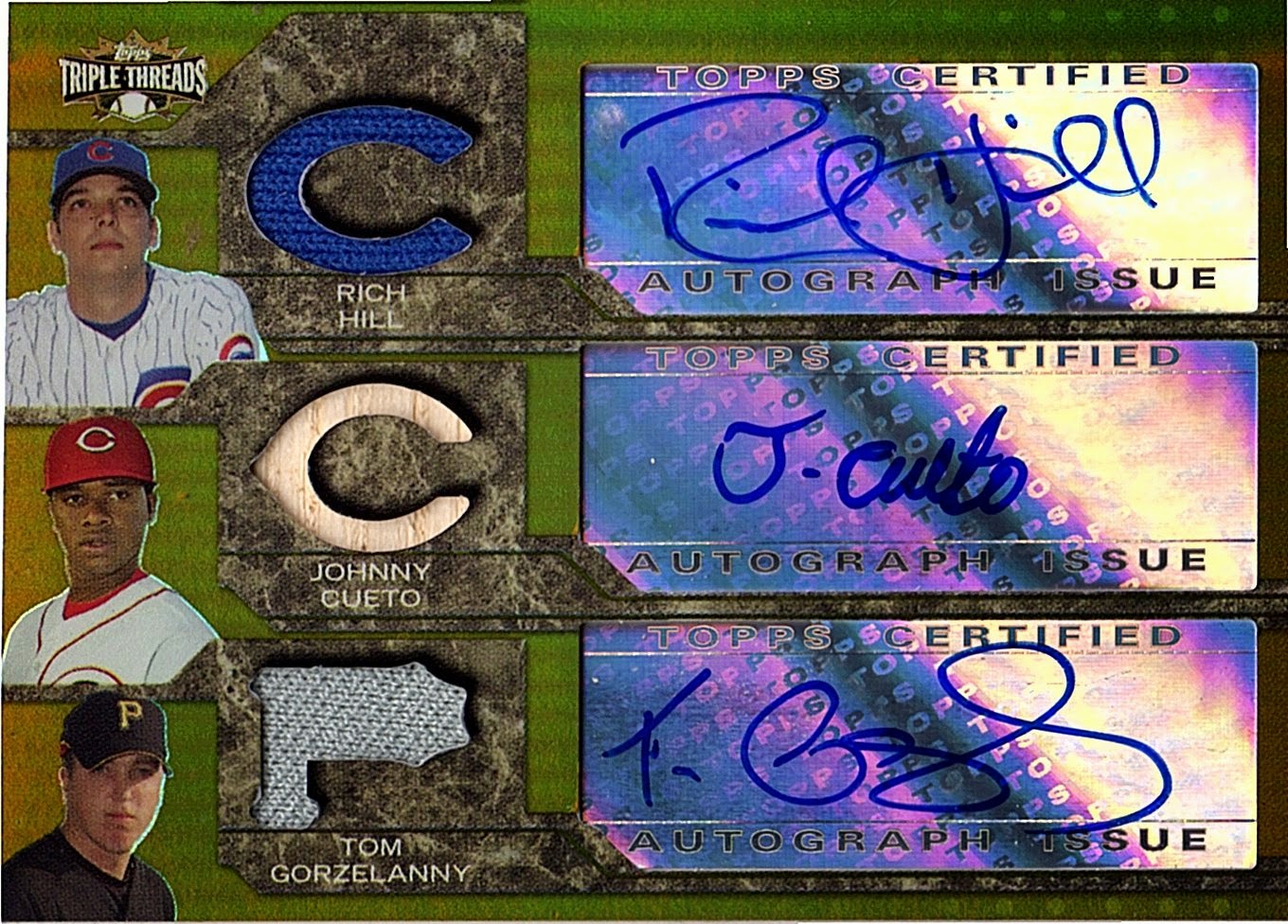 This has has hit eBay a few times in the past couple of years without me having any luck. Prices have been all over the place from as high as $25 to as low as $10. This time I was a little more aggressive and put a max bid of $20 which was more than enough as I won the card for $15.

Obviously Cueto is the main attraction of this card. He has turned himself into an ace the last couple of years and has been a thorn in the Pirates side. Thankfully the only time we've really gotten to him was when it counted the most two years ago during the Wildcard game.

Gorzelanny looked to have some promise for the Pirates, but injuries cost him a ton of time. Probably what Gorzo is remembered the most for was his trade to the Cubs that netted Josh Harrison who at the time looked to be a throw in for the trade. Now he is an All Star and just signed a long extension.

Rich Hill looked to have some promise as a started for the Cubs, but never panned out. He has tried to reinvent himself as a reliever but has had trouble sticking for long periods of time. He is currently in the Nationals system. Dennis from the great blog Too Many Manninghams has a ton of Hill cards as he played at the University of Michigan.