On behalf of the postal service in Morgantown I'm happy to say that I've received installments 6 and 7 from JBF and the war is over. Last week Wes promised me that # 6 would pack a punch and that # 7 would make me take out the white flag. He was right! I'll post # 7 this weekend as you will see at the end of this post it is going to take some time to prepare. 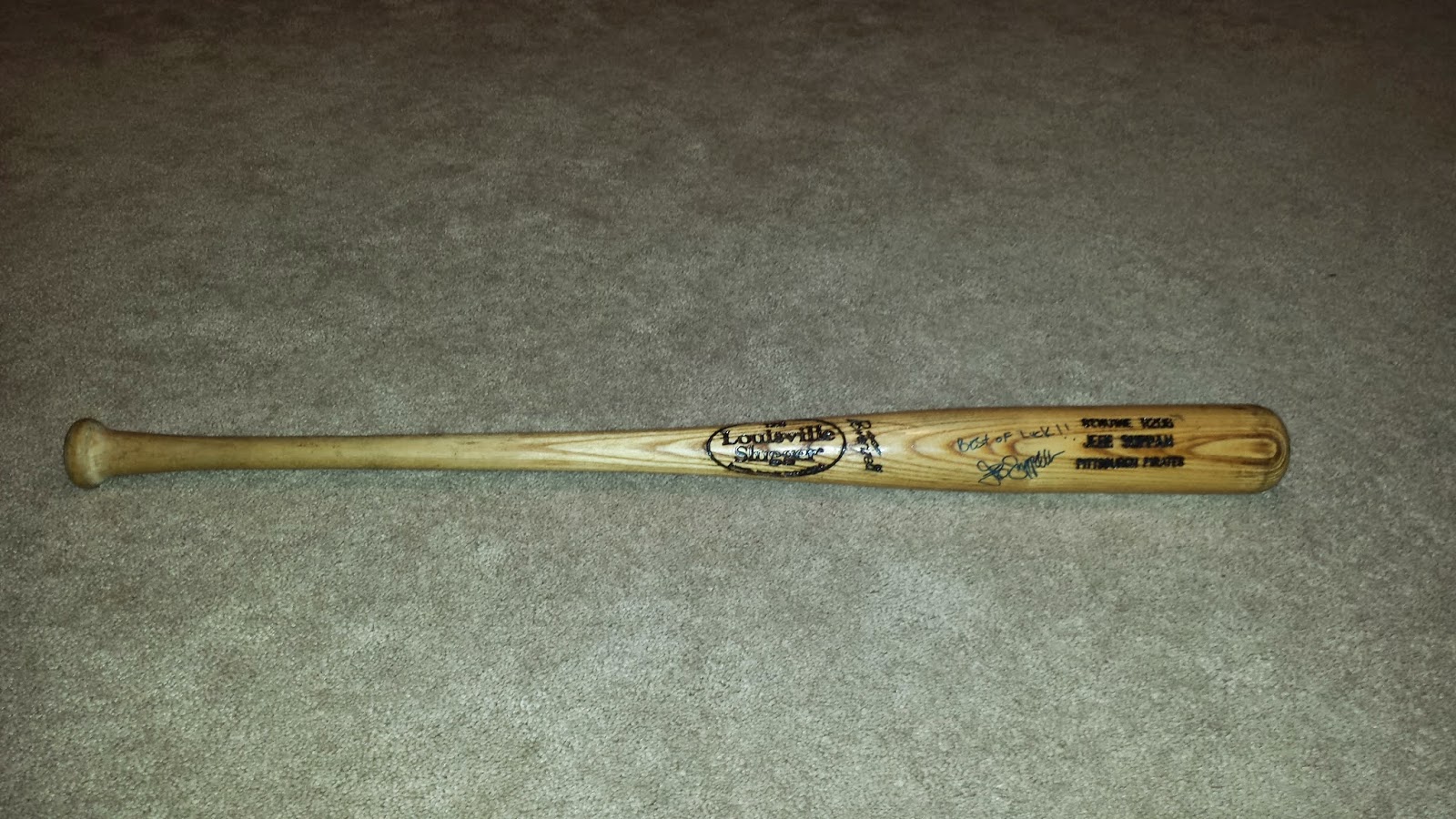 It is a game used bat autographed by former Pirate and longtime MLB pitcher Jeff Suppan! The scary thing is this is the second bat I've received from Wes. When I was the winner of the World Cup of Trading last year he sent me a crap load of cards and a game used bat of former Pirate catcher Jason Jaramillo.

Jeff Suppan only played 1 season for the Pirates in 2003, but it was arguably his best season of his career. During that 2003 season he was traded to the Red Sox for Freddy Sanchez and Brandon Lyon.

How cool is this bat! 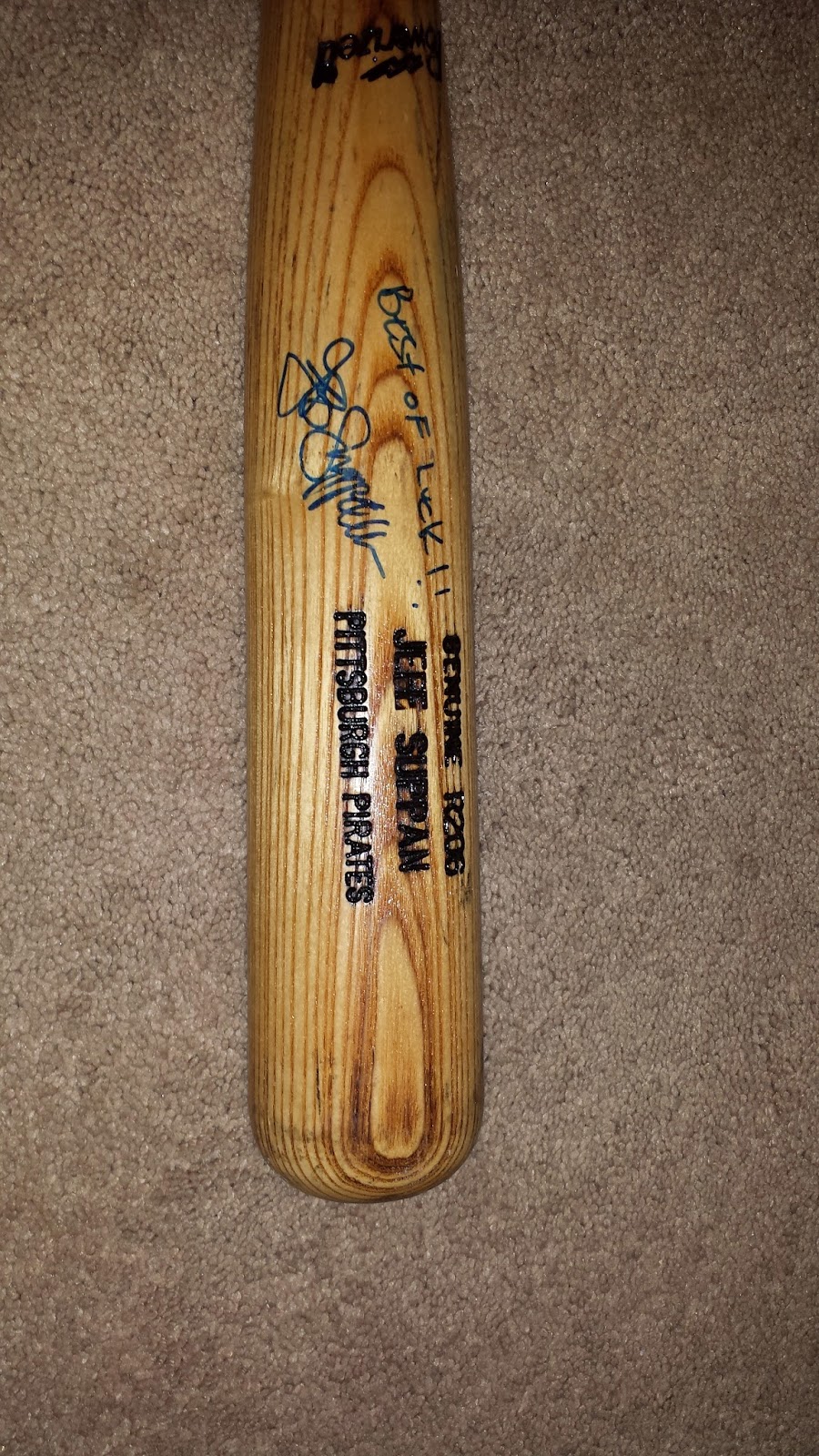 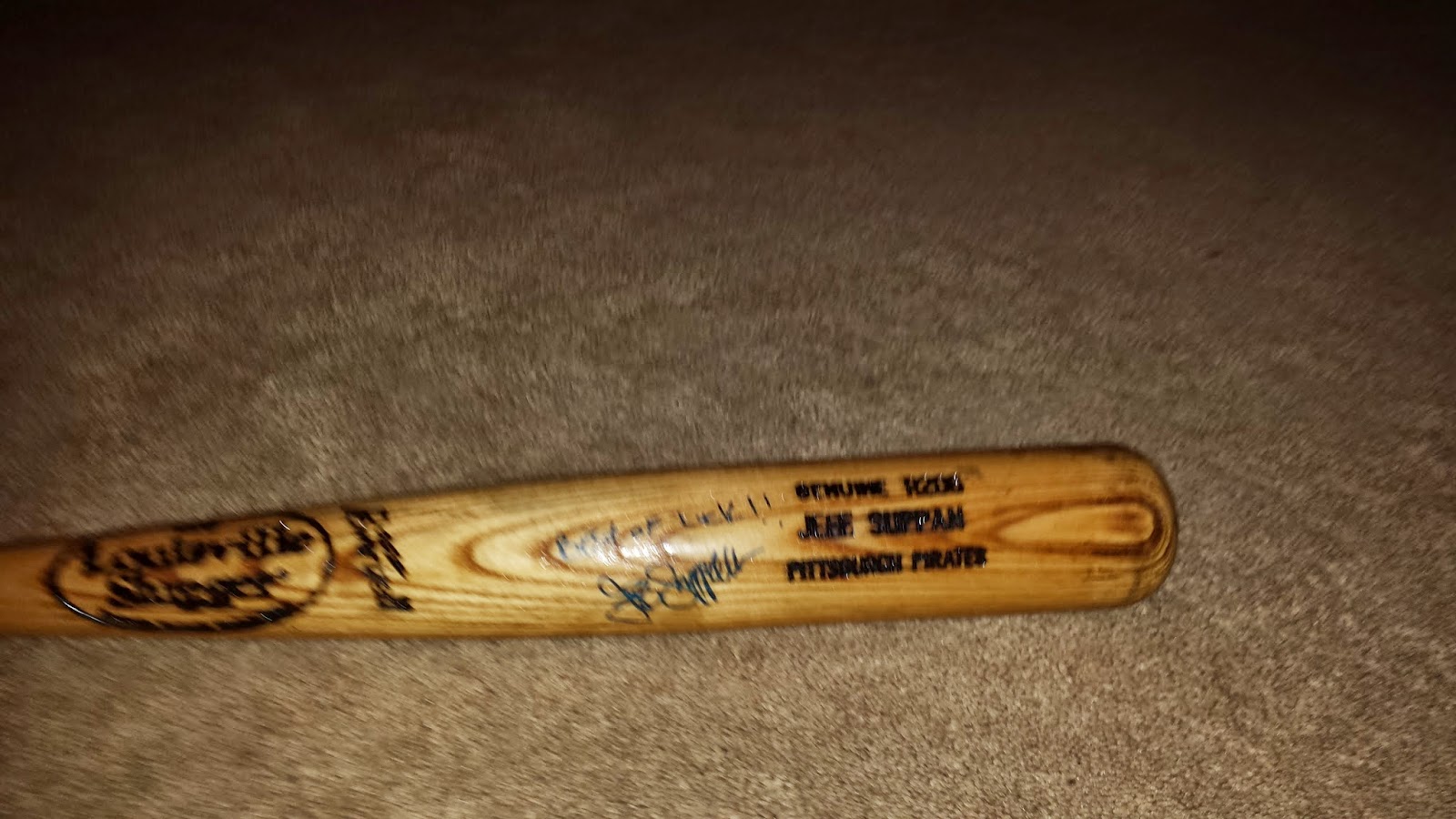 I have several game used bats in my collection, but this might be my favorite. It is perfectly intact with the auto! 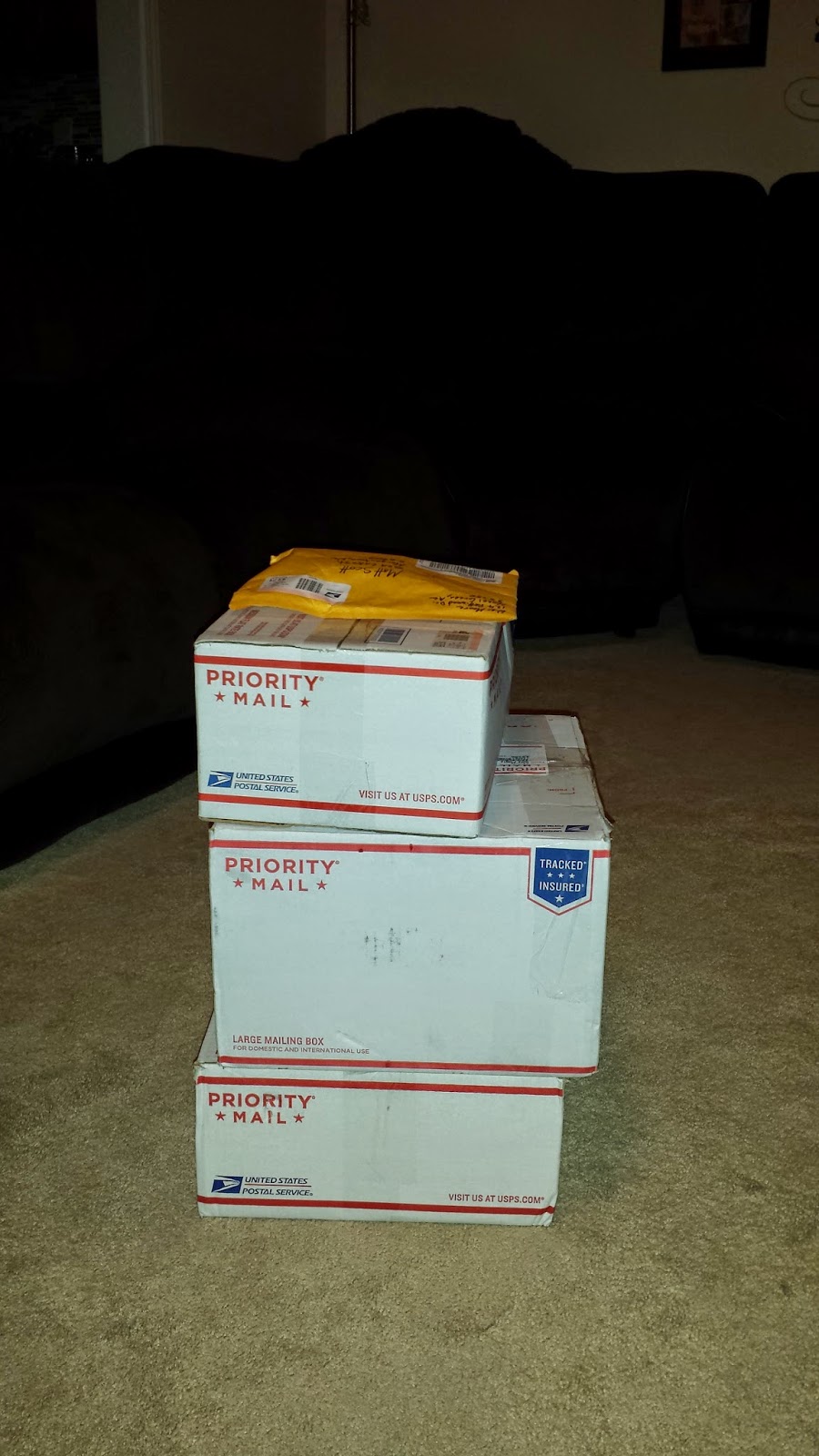 The volume alone was intimidating, but what was inside blew my mind. I could post about it for two weeks, but I'm going for one super post just to show how mad Wes really is. 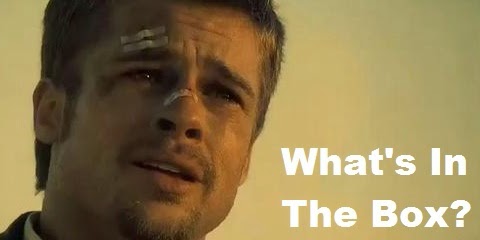 Thankfully I got one more desperation shot back at Wes, but the war is lost. I will give my formal surrender this weekend. 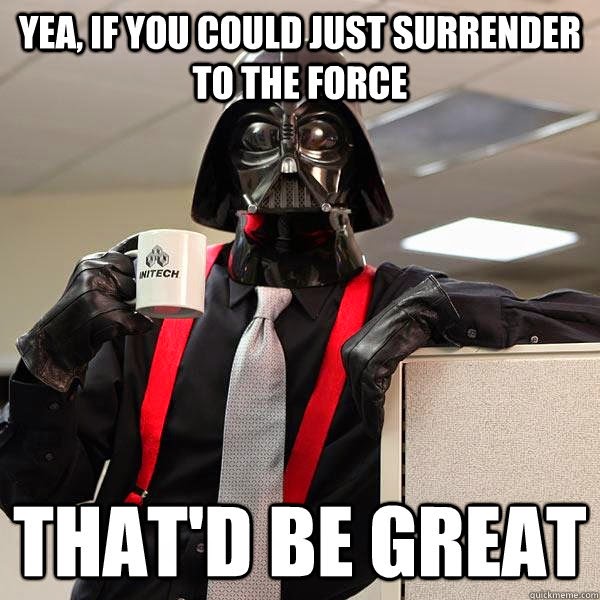