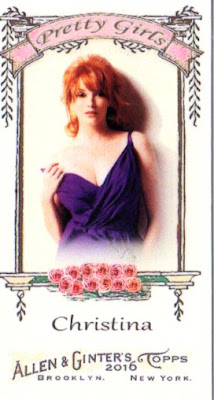 I would probably have more interest in Allen & Ginter if this set existed. Christina is alright in my book. 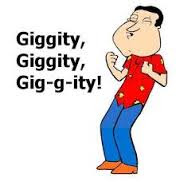 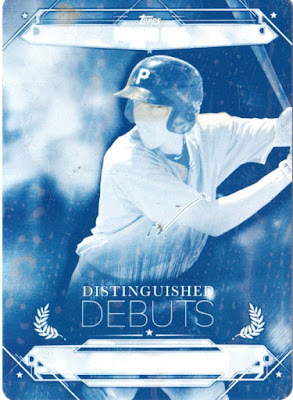 I was super stoked when Gavin sent this my way. He pulled this printing plate from a box of Topps Debut.  The beauty of blogging! People always looking out for you.

Cole Tucker is a promising shortstop prospect for the Buccos. 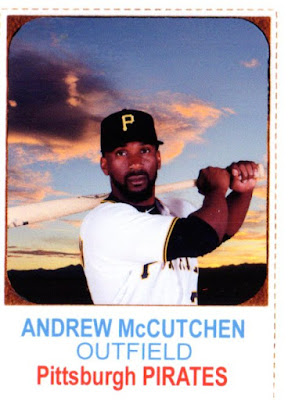 Another custom Cutch. I have an album that I keep all my cool custom cards from other bloggers. This makes the second Cutch that Gavin has sent my way. 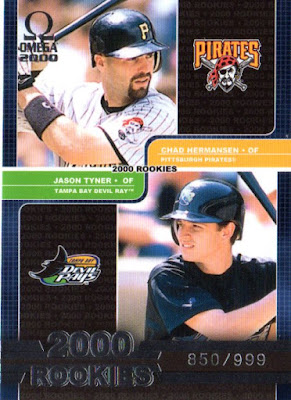 I don't hide the fact that I have an obsession with Pacific parallels. Seeing this card brought a huge smile to my face. Chad Hermansen pretty much sums up the Pirates in the early 2000's. Mega prospect and glorious bust! 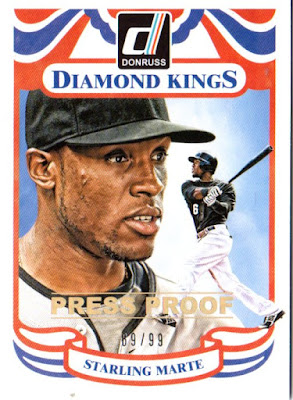 Marte is off to his best start as a Pirate. He is hitting the ball with authority and on pace to steal more bases than ever before. The one flaw in his game is that he is not known to take many walks, but he counteracts this by being among the leaders in hit by pitches. 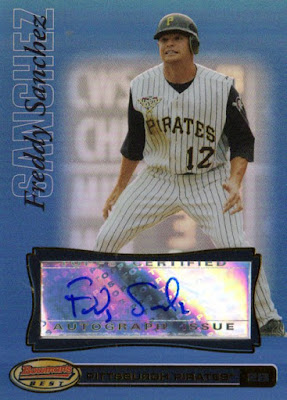 This is the /99 parallel of the base auto. Freddy had some huge seasons as a Pirate. 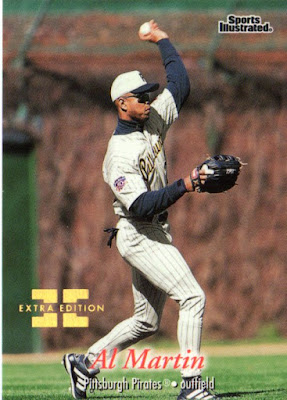 Another card I was absolutely thrilled to see. The SI set was probably a little underrated. If a similar set would come out today and would be cherished by card bloggers. This extra edition parallel is /250. 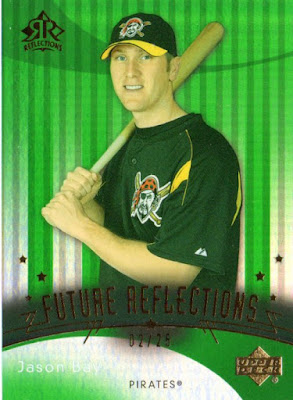 I don't think I had this card and that is saying something.  No player is better reflected in my collection than Jason Bay. For a good 3 year stretch he was just about the only Pirate who would get love in new sets. An awesome edition to my Bay collection. 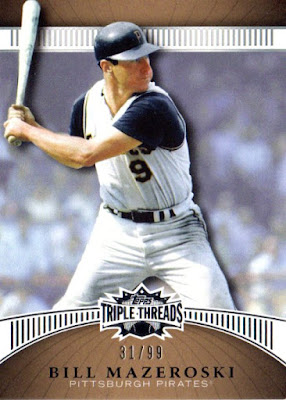 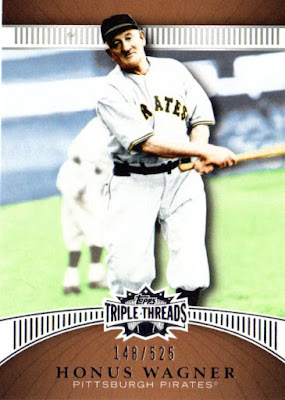 Some of the hardest cards to attain are base cards from premium sets. I opened one box of Triple Threads in my life and didn't really enjoy the process that much.  My box turned out to be ok, but you shouldn't feel nervous opening a box.  If so, it is a good sign you spent too much money. 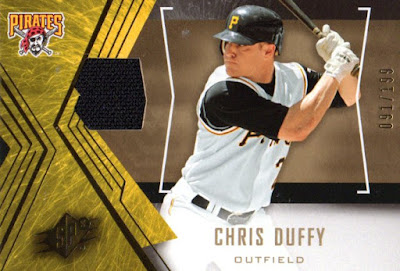 Chris Duffy wasn't a huge prospect for the Buccos, but hit well enough in the minors to get a shot. His first taste of the majors was a success, but it proved to be a mirage. He was out of baseball by 2009. 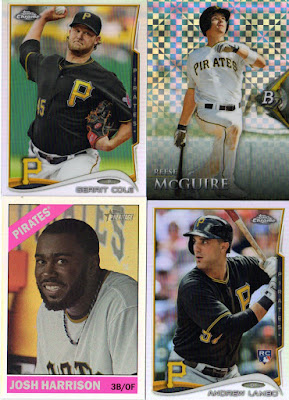 The Heritage Harrison is one of my favorite Bucco cards.  It is so awkward. 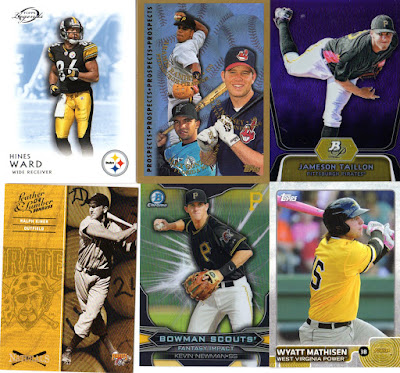 Always unique to find a prospect card in which all three guys panned out.  All three guys even made an All Star team at some point in their careers with Ramierez and Casey making multiple times.  The big winner on that card is Aramis Ramirez.  He had career earning of ~147 million. 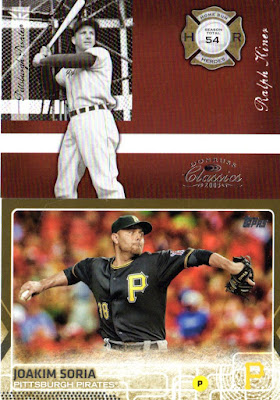 I'm a huge fan of Topps Update because it usually is the only way to grab cards of short stay Pirates like Joakim Soria. 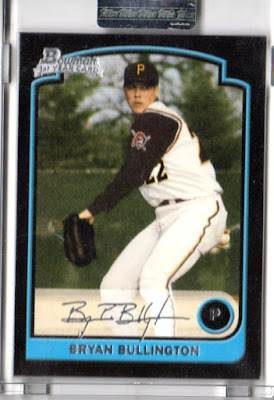 I've been on a run of getting encased cards via trade. Bullington is much like Chad Hermansen above in that they were huge prospects who failed miserably. I still love this card.

Wow Gavin, that was an awesome group of cards.  I have one card for you that I'll probably send soon. Looks like I need to find some other cards to add to the pile.

Thanks for reading!
Posted by BobWalkthePlank at 1:58 PM