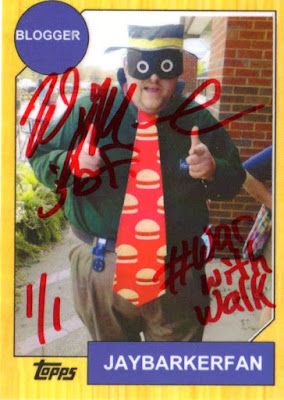 This post is the grand finale of my trade post catch up. What better way to finish things off then to show off some cards from the madman himself, Wes.

Right before I left for San Diego I was the recipient of three bubble mailers (one is for you Kevin!). Let's check out the madness. 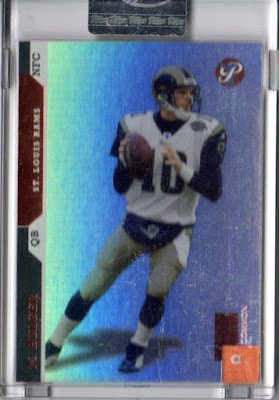 Uncirculated cards do not scan well, but rest assured these are very nice looking. Wes has sent me several of these over the years. Originally I was going to free them from their plastic prison, but I've accumulated so many that I may keep them together and showcase them another way. 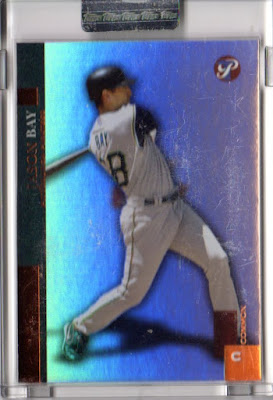 One of the few reasons to watch the Pirates in the mid 2000's. 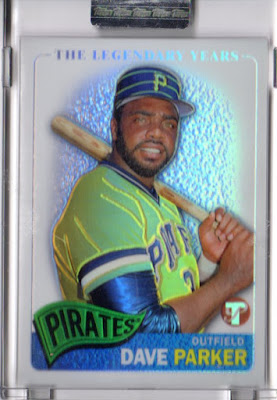 This is a sharp looking card. Kind of a cross between a Chrome and Topps Retired card. I like it! 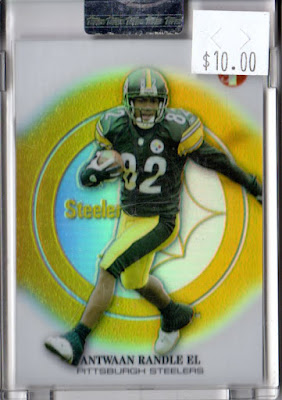 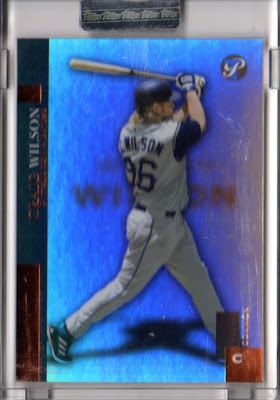 I think Wes gave me the whole Pirates team set. 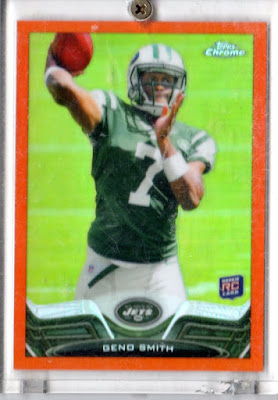 Here is a non Pristine card. Always cool to add Geno cards to the collection. 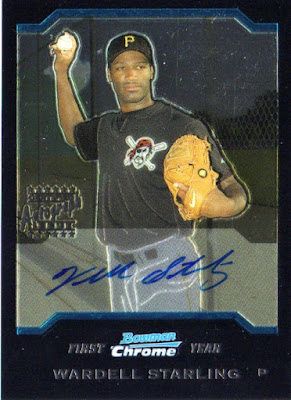 Wardell was a bust as a player, but always nice to add Chrome autos. 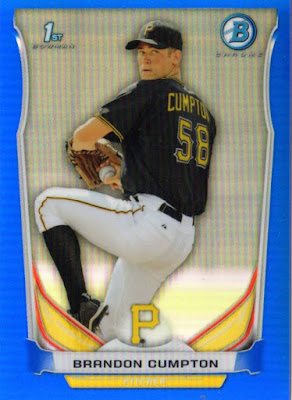 Cumpton filled the role as the first guy called up whenever the Pirates needed a spot start. A severe arm injury has shut him down for over a year. 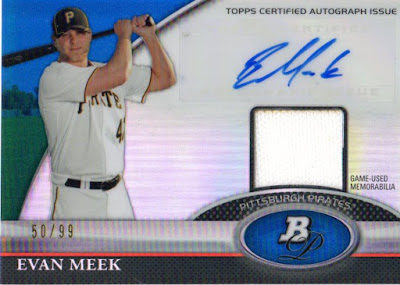 Pitcher batting! Meek was actually an All Star one year. He has hit some rough times lately being dfa'd numerous times over the last three seasons. The life of a reliever... 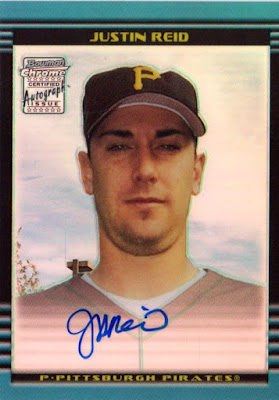 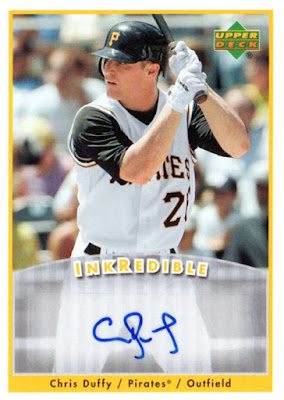 Duffy had quite a roller coaster ride as a Pirate. He had some success early on, but bottomed out a little over a season into his Pirates career. Duffy blamed then coach Jim Tracy for changing his approach. I actually think Duffy just wasn't that good.  He would play for the Brewers for a short time, but was out of baseball not long after his Pirates tenure. You remember Chris Duffy Tony? 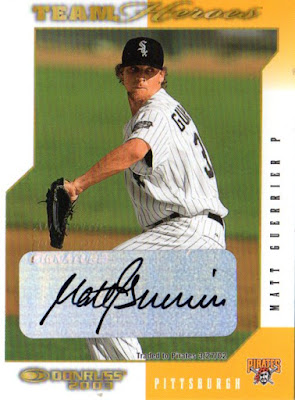 I don't think Guerrier ever threw a pitch with the Pirates because of injury.  This is actually a really cool card since I'm sure this is the only Pirate issue for Guerrier. 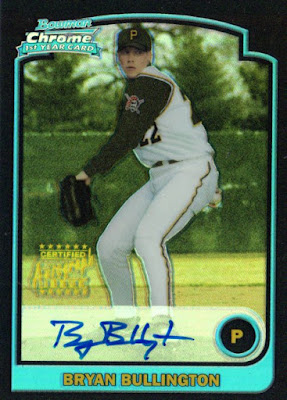 Bullington being picked first overall in 2002 pretty much summed up the Pirates ineptitude during this time frame. Instead of picking the best player (BJ Upton) they went cheap and chose Bullington who most considered mid the late round talent. That draft also produced the likes of Prince Fielder and Zach Grienke......ouch 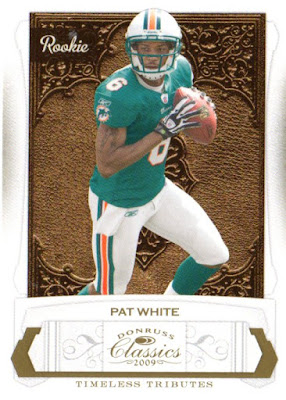 It is hard to find White cards that I don't have.  I LOVE this card that is /50.  Great addition. 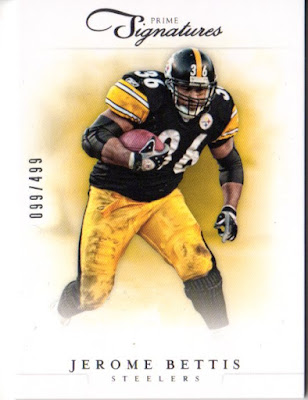 Wes has sent a lot of Prime Signature numbered cards my way over the years.  One of my favorite sets. 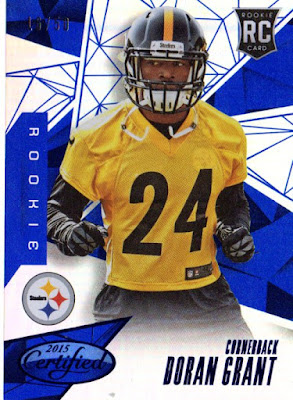 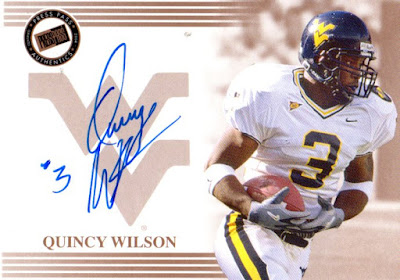 Press Pass autos were so nice around this time. Great looking card of the former Mountaineer running back. 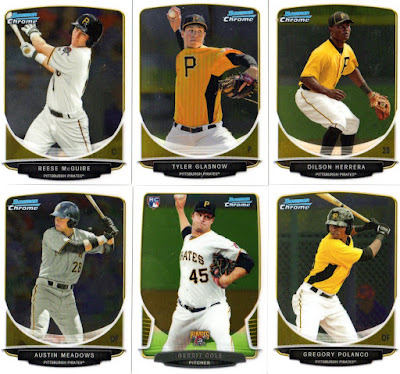 Chrome minis of some of the bigger names in the Pirates system or on the big league team. Only Dilson Herrera is no longer with the Pirates. 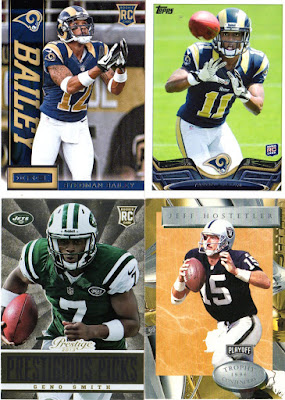 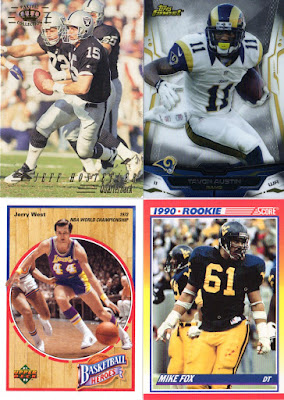 Love the Pacific Hostetler. I seem quite a bit in town as he still lives in Morgantown.

A few Pens. Hoping they can close out the Caps in game 6. 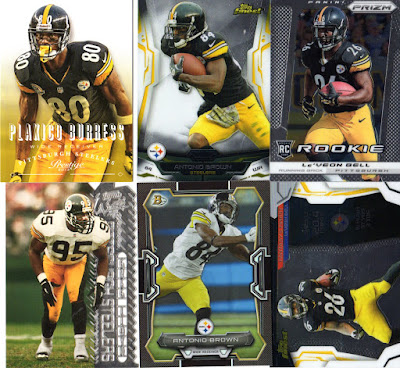 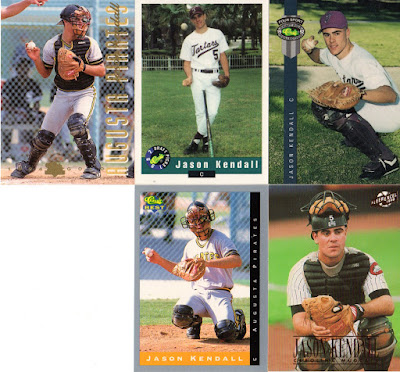 Some nice minor league cards of former Bucco Jason Kendall. One of the few young players that actually worked out during the long run of losing. 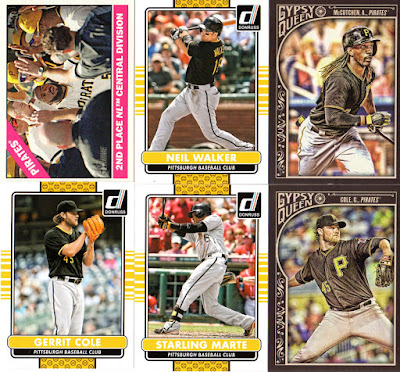 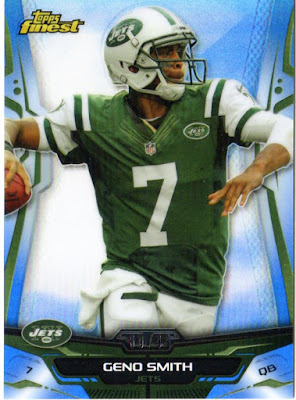 Hard to see, but this is /99. Finest is always one of my favorite sets in football and baseball.  Just wish the price point would come down a little. Would love to open some boxes. 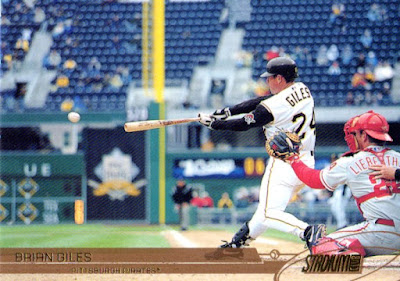 This card sums up the Pirates in the early 2000's. Great shot showcasing Giles, but hardly anybody in the stands. 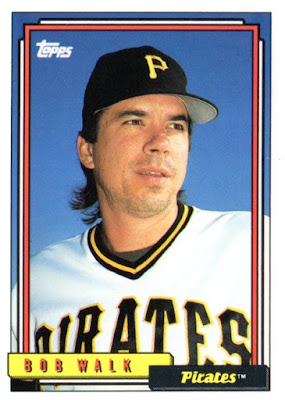 Thanks for the bombing Wes. I have a couple things in the works to hit you back. Hopefully it packs the punch that this badass package did.