Fellow craft beer enthusiast and all around nice guy Oscar of All Trade Bait, All the Time recently hooked me up with an envelope of Pirate goodness. One of these days Oscar we will need to figure out beer trading! For now lets look at some cards. 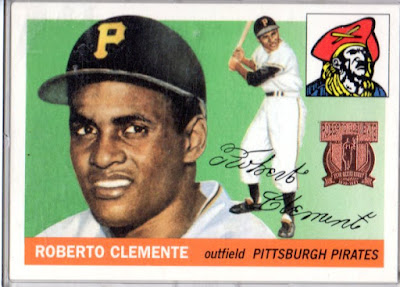 Getting a Clemente card in the mail is always a good day. This is one of the commemorative cards from 97 Topps. 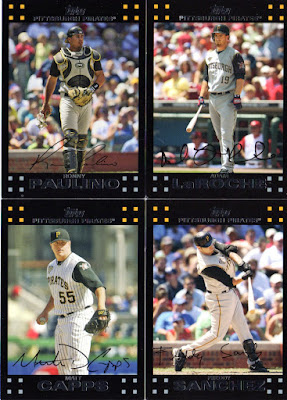 2007 Topps is interesting.... I'm not one to get too caught up on aesthetics. At least it is different, right?

The 2007 season for the Bucs actually started with some excitement. Lots of young talent and by Pirate standards a blockbuster trade when the acquired Adam Laroche. Obviously it was a smoke screen as the Pirates would go on to be terrible. 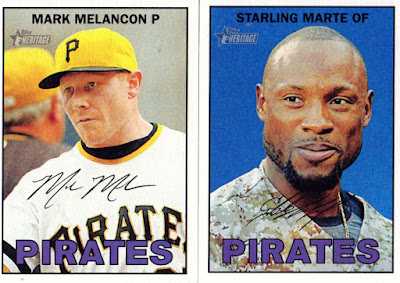 Melancon has been his own special kind of dominant ever since becoming a Pirate. He only throws in the low 90's, but the cutter is so hard to square up. Helps when Mariano Rivera is the guy that taught you!

Nice look at the camo jersey on Marte. 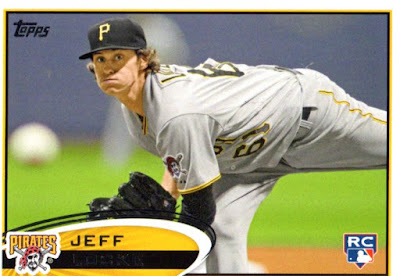 If I were to do a least favorite Pirate list Jeff Locke would be near the top. The guy truly has 9 lives. Every year through some weird chain of events he manages to stay in the rotation. I'm not sure if his evil magic will survive the Glasnow/Taillon call ups. 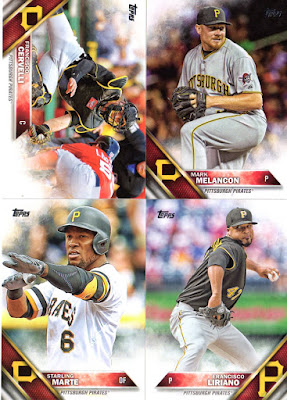 Some new Topps including newly signed Francisco Cervelli. Happy the Pirates secured him for 3 more years.  While the Pirates have 2 nice catching prospects, it is such a hard position to get stability in that it warranted the deal. 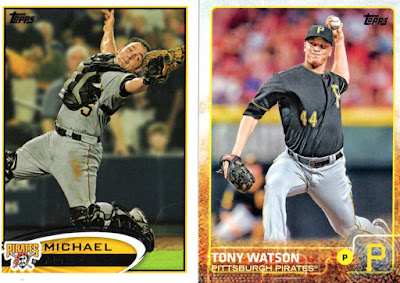 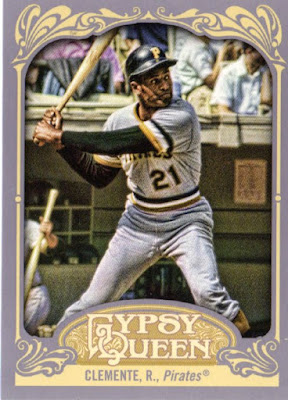 Always end with a bang. No better way than 21!

Thanks for all the great cards Oscar. I'll be hitting you back in the near future.

Thanks for reading!
Posted by BobWalkthePlank at 12:19 AM