DC is always one of my favorite places to go. It is close enough to Morgantown that you don't have to take off work and many of the activities are free. This trip was a little different than normal as it was baseball related!

For years I've been wanting to hit the Pirates/Nats series but it either fell on the weekend or I was busy with work. When my wife lived in the area I was able to make it to one game, but not the Pirates series.  This year the stars aligned as a friend recently took a job with the Nats. The Nats have a very generous ticket system for employees and he was able to secure tickets for my brother in law and I on Friday and the whole group on Saturday.  Big shout out to my buddy Daniel.  I hope to repay the favor as he is coming in for the first Mountaineer game in September.

As for the Nats stadium I would put it in the middle of the pack of ones I've been before. One of the first things you notice is the very spacious concourse areas. This is not uncommon for the newer stadiums, but it seems even more roomy than all the other newer stadiums I've been to.  The vending options were top notch too. I found several areas that served local DC brews like DC Brau, Mad Fox and 3 Stars. I base all vending on beer selections.  I rarely eat in the stadiums. 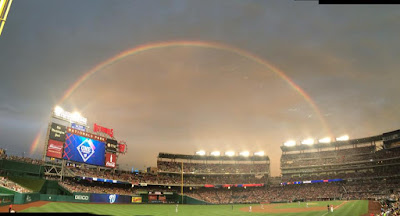 This is actually a picture from the game Saturday, but it was so cool I wanted to show it first. My wife took this one and she nailed it. The rainbow was only out for a short period of time so she was johnny on the spot with the picture. 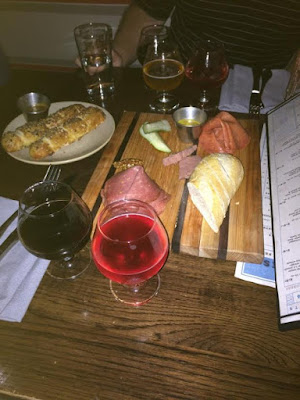 Bluejacket brewery.  I had been here once before and wanted to take my brother in law. The beer is top notch and the building is very nice. That dark red beer is a cherry sour called Vignette. 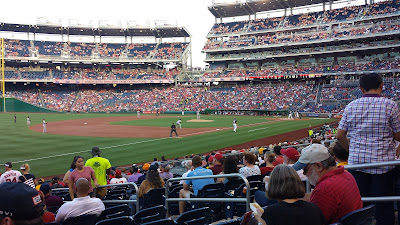 This was my view Friday night. 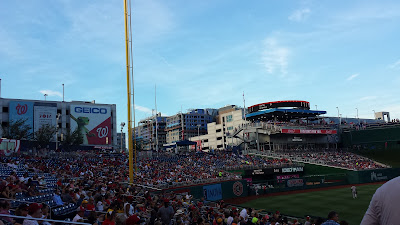 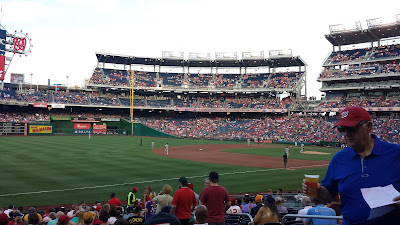 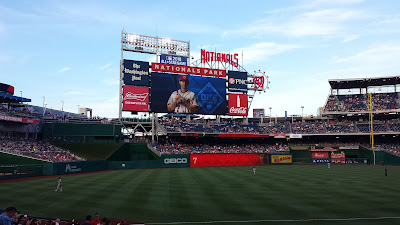 Not a whole lot to take away from the games I went to. The Pirates offense was quiet and only managed one run. Thankfully they won the marathon game Sunday to salvage a win while I was driving back home.

I'll be heading back to DC in a few weeks, but this trip will be brewery related!

Posted by BobWalkthePlank at 6:24 PM