Mass Mailing and a Trade With The Lost Collector 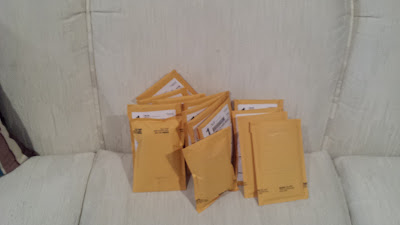 Today I mailed out 14 packages! This was a long time coming as each time I cleared a few hours to accomplish this something would come up.  Thankfully the stars aligned and many of my trading partners will be receiving something very soon.  Hopefully I will have another 10 or so complete before the end of the week!

My good pal AJ of The Lost Collector fame sent me a loaded trade package last week.  This time around he decided to throw a curveball and include some great cards of my Alma mater WVU. 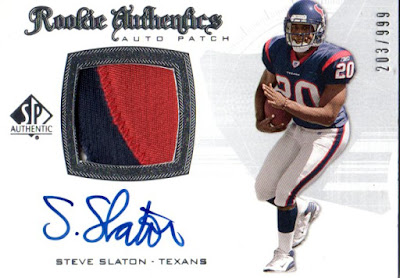 One of the sharper cards out there are these SP Authentic patch autos. You get a nice clean signature to go along with a premium patch. 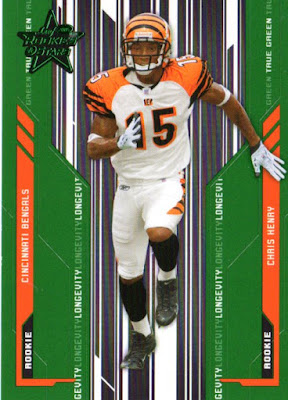 On the field Chris Henry was a dynamic deep threat. Unfortunately, Henry had a lot of off the field issues. Tragically Henry died when he fell out of the bed of a moving truck while having an altercation with his fiancee. 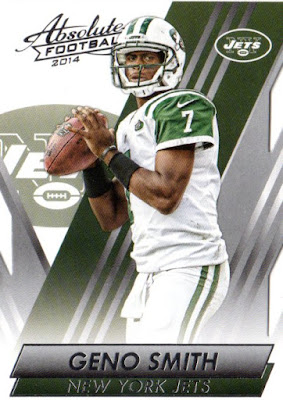 The word on the street is that Geno is getting one more shot as the starting quarterback of the Jets. I'm sure the Jets fans are disappointed, but this really pumps me up. Hopefully he takes advantage of the chance as he should have more talent around him this time around. 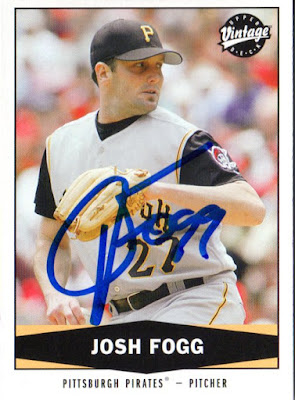 This was an IP success for AJ in which he was nice enough to send my way. 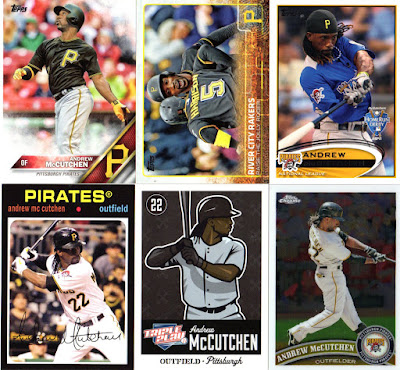 It was nice to see Cutch finally have a good week. Love the Chrome card! 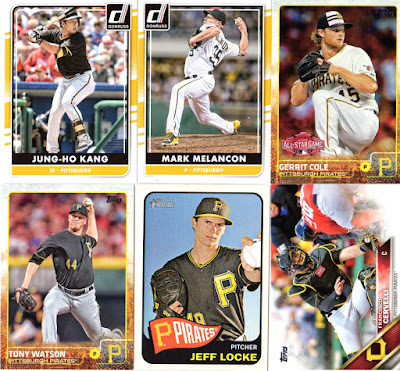 The Pirates fell apart in June when Cole and Cervelli got hurt. Thankfully both should be back very soon. My favorite is the play at the place Cervelli. 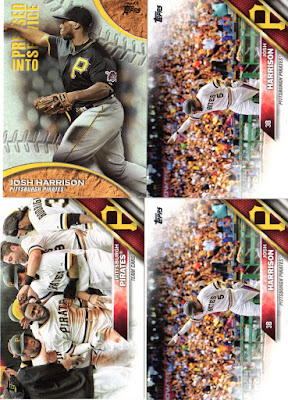 It was cool to see a set devoted to position players pitching. 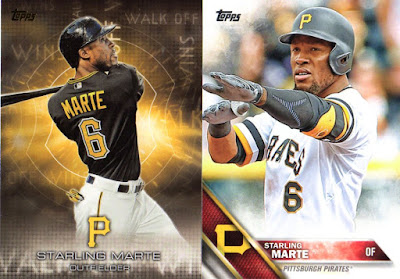 When the original list of All Stars came out this year Mark Melancon was the only representative. This was a little disappointing as both Marte and Polanco were having their best years. Thankfully Marte got the call to fill in for Yoenis Cespedes. 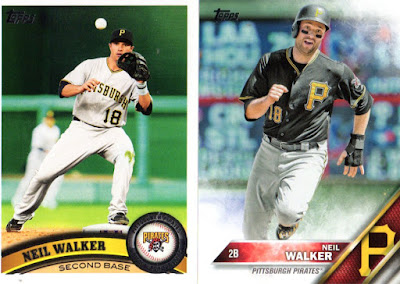 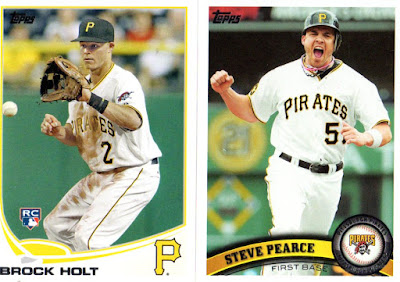 A couple of guys that found nice success after their Pittsburgh years. I was especially happy for Steve Pearce who was one of the more snake bitten players in recent memory. Each time he was due to get an extended look he would get hurt. 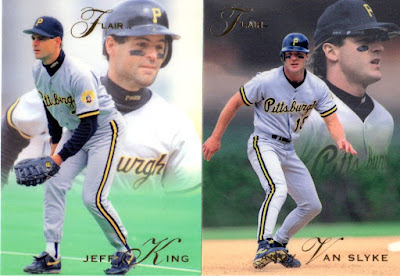 Two of my favorites growing up as a Buccos fan. Flair is just so classy. 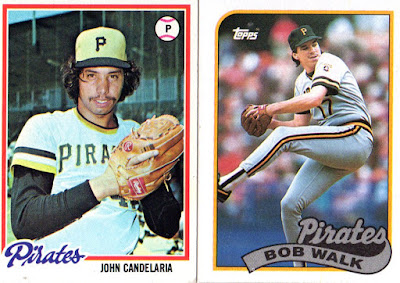 The two sexiest Pirates ever. Just look at that Candelaria.

Thanks for all the great cards AJ. I need to find a for more Yanks to round out a return package for you.


Posted by BobWalkthePlank at 9:17 PM

Email ThisBlogThis!Share to TwitterShare to FacebookShare to Pinterest
Labels: the lost collector, trade 2016