In case you missed it, The Card Papoy is holding a contest celebrating his blogging anniversary. The winner gets free entry into one of our box breaks.

See how easy that was.  Now you can tell all your friends how worldly you are because you have a French friend.

Speaking of contests, I was the winner of one recently. Brian from Highly Subjective and Completely Arbitrary held a guessing contest in which I won. Yay me! This past Saturday I received a large envelope.... 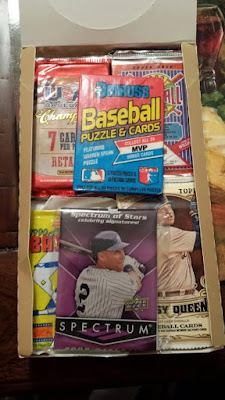 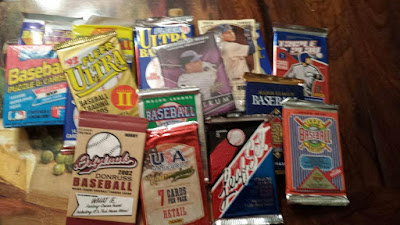 So many packs! I have shown restraint by not opening these yet. That rainy day will come soon though and I'll be sure the post the results 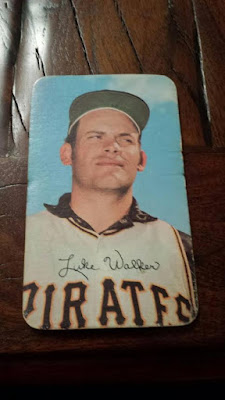 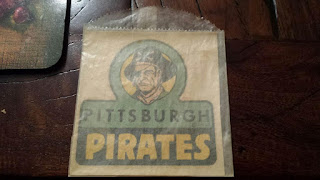 This was still sealed nicely so I kept it as is for now. Old Pirate emblems are awesome.

Thanks for the great prize Brian. Who knew that guessing a few letters would be so lucrative.

The Pirates swept the Giants this afternoon. It is their 3rd sweep in 4 series. It just shows how important Cutch is to the Buccos. As soon as he started hitting at the beginning of May the Pirates have been winning. As expected the Cards, Cubs and Pirates are separating from the rest of the division. 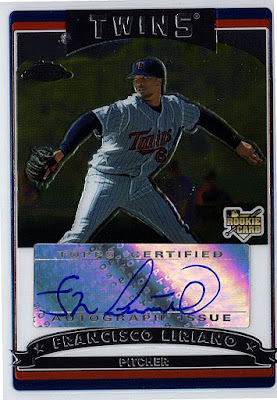 Liriano was on the mound today and pitched a great game. He still doesn't have a certified Pirate auto so I went looking for a nice rookie auto. I believe this set me back $3.

Cole and Liriano give the Pirates a nice righty/lefty combination. Ever since becoming a Pirate, Franky has seemed to turn the corner from his wild days. Command can still be an issue, but he has learned to scale back some and not try and strike everybody out. The three year contract that was signed at the beginning of the year seems like it will be very team friendly.

Posted by BobWalkthePlank at 9:04 PM