If you watch enough baseball little things start to irritate you. I've discussed a few on here before with bullpen roles and the DH. My next one is probably more of an offshoot of the DH issue, but it still drives me bat shit crazy.

I'm not a Moneyball driven "you should never bunt" guy.  As long as the pitcher has to bat in the NL, bunting is a necessary evil. Instead of being overly wordy, I think list form will paint a good picture of when I think it is a good time to bunt. 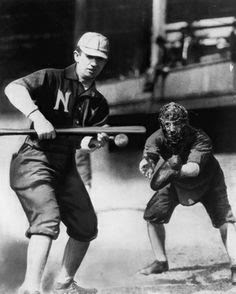 The first bullet point is a no brainer. Until MLB gets their act together and puts the DH in the NL we will have to suffer through pitchers attempting to bunt. Watching them bunt is usually much better than watching them hit.

Dee Gordon started to figure out last year that if you put the ball on the ground good things will happen. This year he has been crazy good and through the first couple months of the season he has been one of the most valuable players in baseball. While he won't be able to keep up this pace, Gordon continues to evolve as a hitter. Billy Hamilton is probably even faster than Dee Gordon, but he cannot get on base to save his life. Hamilton tends to be pretty fly ball happy, so learning how to bunt could be a better way to utilize his one tool.

Beating the shift is probably the most debatable of any of these on the list. I'm still on the fence. Bunting is not easy to do. It takes a brave soul to step in the batter box and try to bunt high 90's heat. That might be reason enough to remove it here. I kept it here because a few players have actually started to do this with decent success. Mike Moustakas has learned to bunt and slap hit the other way which has helped him get on base at the highest rate of his career.

Learning to bunt to beat the shift would play a huge role at the end of games. How many times have you seen the big lefty power hitter ground out into the shift late in games down by two runs. It is very frustrating. You can't hit a two run homer with no one on base. If teams want to score more runs they will have to find ways to beat the shifts.

Overrated times to bunt
I hate seeing position players give up outs in the middle of game to move a runner up. I about threw my remote through the tv a couple weeks a go when Neil Walker put a sac bunt down.  He was batting cleanup. The Pirates are blessed with a good bit of team speed. Stealing is better % play.

The high leverage situation bunt is the favorite of most managers. In theory it seems like the smart move, but statistics show that it really doesn't change win expectancy. For one, most position players are poor bunters. Just as much can go wrong with a bunt than letting someone swing away. The best case scenario is that you get the bunt down and advance the runner to second. This will usually cause the next batter to be intentionally walked. Many times this takes the bat of a good hitters hands. The way bullpens are set up you might put yourself in a scenario where you are forced to face a ground ball specialist or a bad lefty/lefty combination. 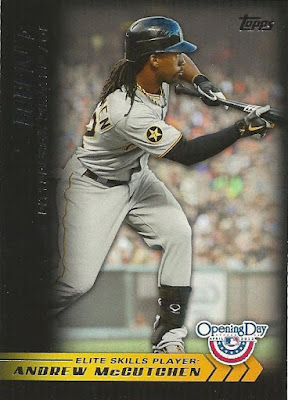 At least in the Pirate situation they have pretty much gotten away letting any of their main position players bunt in those situations.

What is your take on your teams handling of these bunting scenarios?