I'm live from Las Vegas! It is a very comfortable 105 degrees outside as I write this. I landed around 9am so we've been doing a lot of exploring. I was able to watch most of the Pirates game from the Bellagio Sports Book room. Probably will try my luck at the casino tonight.

My good pal Doug always finds unique cards for me. He manages to always deliver a nice mix of Pirates and WVU in almost every package. Here is the latest installment in what has been about a year long blind trade. 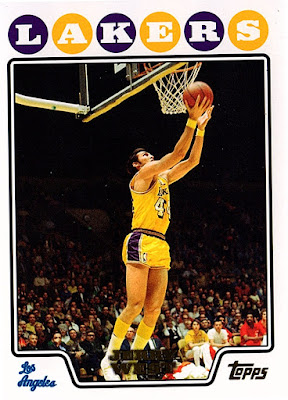 WVU's most famous athlete. A West Virginia legend, you can find a huge statue of West in front of the WVU Coliseum. 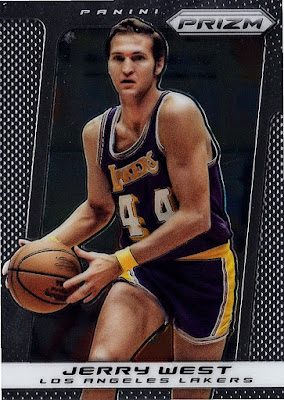 Just shows you how nice Prizm cards are when they have a license. 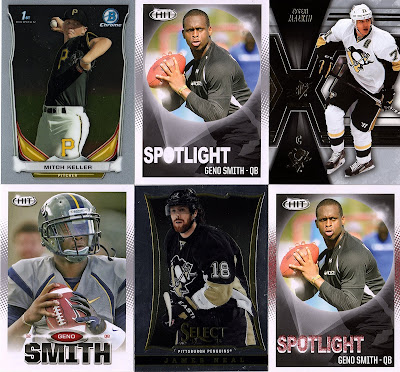 A little bit of everything here. I'm really hoping Geno can show signs of improvement this year as I think this will be his last chance. The Jets are just so void of offensive talent.

Some nice bonus Pens too. Two days in a row showing Penguins cards! 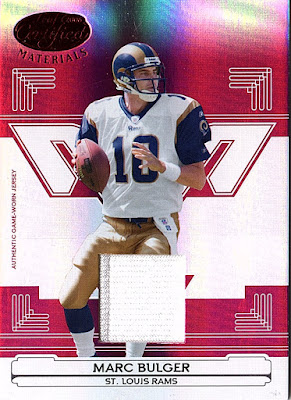 Marc Bulger was the first WVU quarterback to have a successful pro career since Jeff Hostetler. He broke just about every school passing record during his four years. Eventually they would be broken by Geno Smith, but Bulger was great to watch. 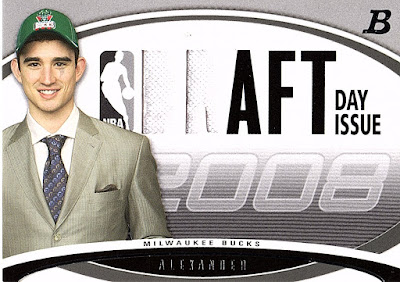 One of the biggest busts in the lottery era Joe Alexander was never really even given much of a chance. Drafted by the hapless Bucks, it was well know Alexander would take some development time. For some reason the Bucks started playing him right away and his flaws were exposed. Geno Smith's status is much like Joe's.

With all that being said I'm still an active purchaser of Alexander cards. He was one of my favorite to watch during his 3 years in Morgantown. 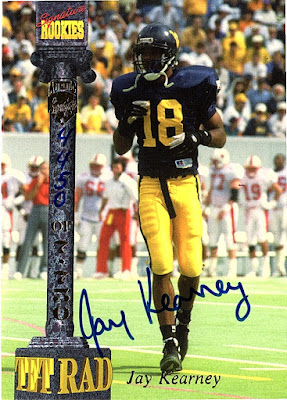 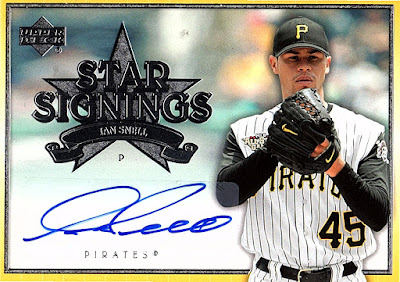 Ian Snell showed flashes of being a good pitcher, but much like many of his teammates during this time command was a big issue. He would strike out 8 through 5 innings, but his pitching count would be well past 100. He was traded to the Mariners, but never really gained any traction after he left Pittsburgh.

I've been on a big kick lately trying to go back and pick up Snell cards. He actually had a fair amount of releases so I'm trying to find some parallels. This fits in nicely to my collection!

As always Doug I really appreciate the diverse packages you send my way. I'll start getting my next package for you together as soon as I'm back in town.

Thanks for reading.
Posted by BobWalkthePlank at 7:25 PM