A while back Weston from Fantastic Catch claimed a few Cardinals that I had pulled from one of my box breaks. In return he sent back a nice mix of Pirates. 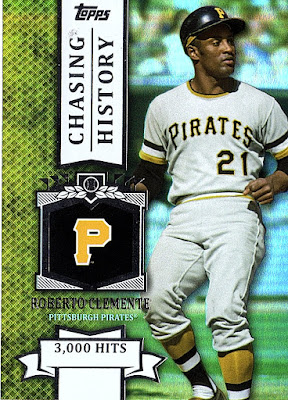 Clemente still gets quite a bit of love from the card companies. 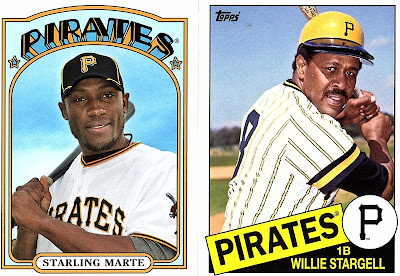 I'm still hoping that Polanco can get his bat going. He is always going to be a sabermetrics darling as his defense and base running rate high, but if his bat can come alive he could be a valuable asset for the Pirates. It wouldn't surprise if the Pirates try to find a good right handed outfielder as an insurance policy. 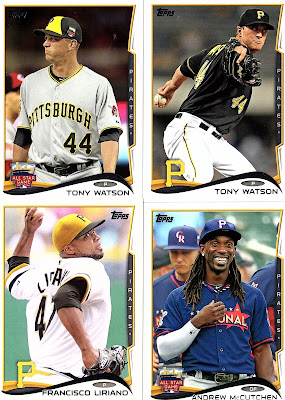 Tony Watson is a personal favorite of mine. He has picked up right where he left off from last years All Star season. He was a little bit of a late bloomer as he was a starter all the way up through AAA, but broke in with the Pirates as a reliever. He has been awesome since day 1. 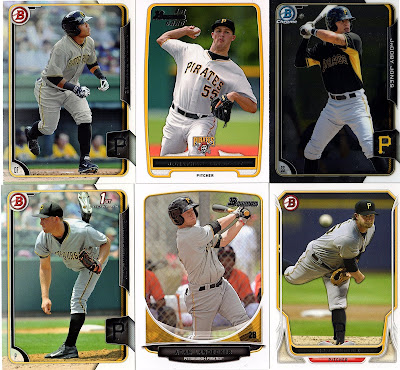 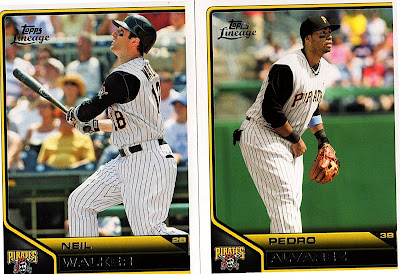 Topps Lineage is a set that I would like to see Topps take another stab at. It felt like it should have worked, but for whatever reason it fell flat. 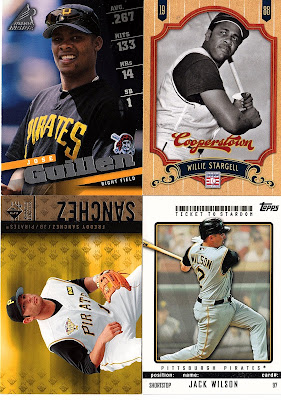 Always nice to receive some Freddy Sanchez and Jack Wilson cards. I went through a phase picking up most of their auto releases a few years back so I'm going back trying to get some of the more rare pieces. 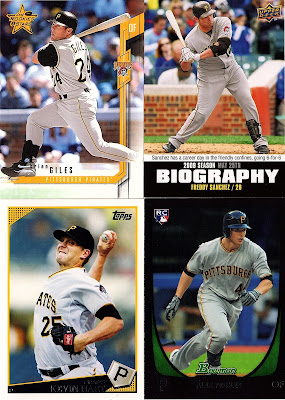 When the Pirates decided to trade Tom Gorzelanny and John Grabow to the Cubs, Kevin Hart was supposed to be the key return. He turned out to be horrible, but the throw in was a non prospect named Josh Harrison. That turned out very well.

Thanks for the cards Weston.
Posted by BobWalkthePlank at 7:46 PM