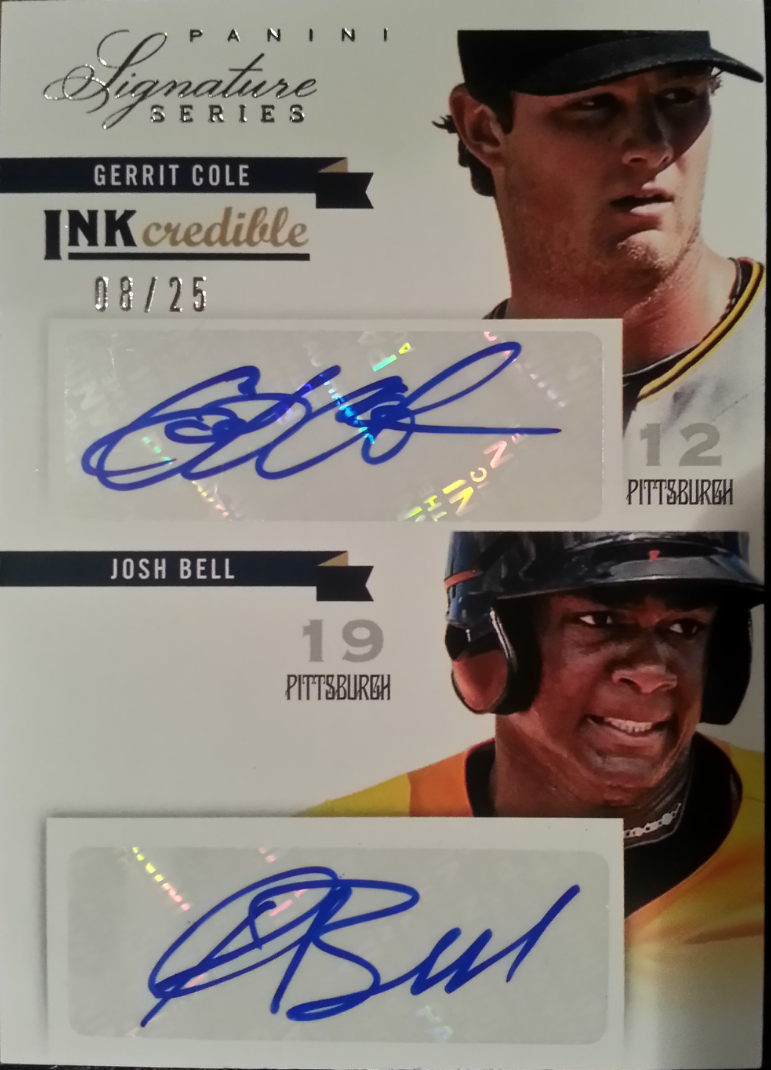 I really like this card.  Don't get me wrong the lack of a license is annoying, but I think the uniforms at least resemble Pirates colors.

I purchased this card off Ebay a few weeks back for around $40.  Cole autos are getting expensive and look to be even pricier if he builds on his rookie campaign.  It is so nice to have a homegrown power pitcher in the rotation.

I've touched on Josh Bell on some earlier posts.  The Pirates broke the bank the sign Bell out of high school in 2011.  Injuries plagued Josh early in his career and his prospect stock took a hit.   Thankfully he rebounded last year and has been a trendy breakout for the Bucs system this year.

Enjoy March Madness and have a good weekend!
Posted by BobWalkthePlank at 10:12 PM