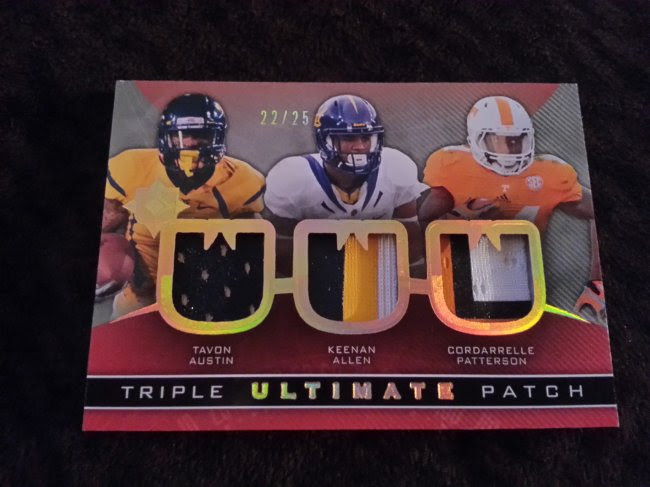 Depending on who you talk to Tavon Austin may be the most dynamic player in WVU history.  He could beat you in so many ways.  Whether it was a kick/punt return, pass receiving or running play he was a highlight waiting to happen.  His two most memorable games probably were the Orange Bowl victory over Clemson where he had 4tds and 12 receptions, and the 2012 Oklahoma game in which he racked up 574 total yards.

Figures that the Oklahoma game was the first I missed in almost ten years as my wife and I took a trip to Ireland at the same time.  WVU actually lost the game, but Tavon stole the show.

I'm hoping the Rams utilize Tavon and Stedman Bailey.  Nice to see the WVU guys make it to the NFL.
Posted by BobWalkthePlank at 9:32 PM