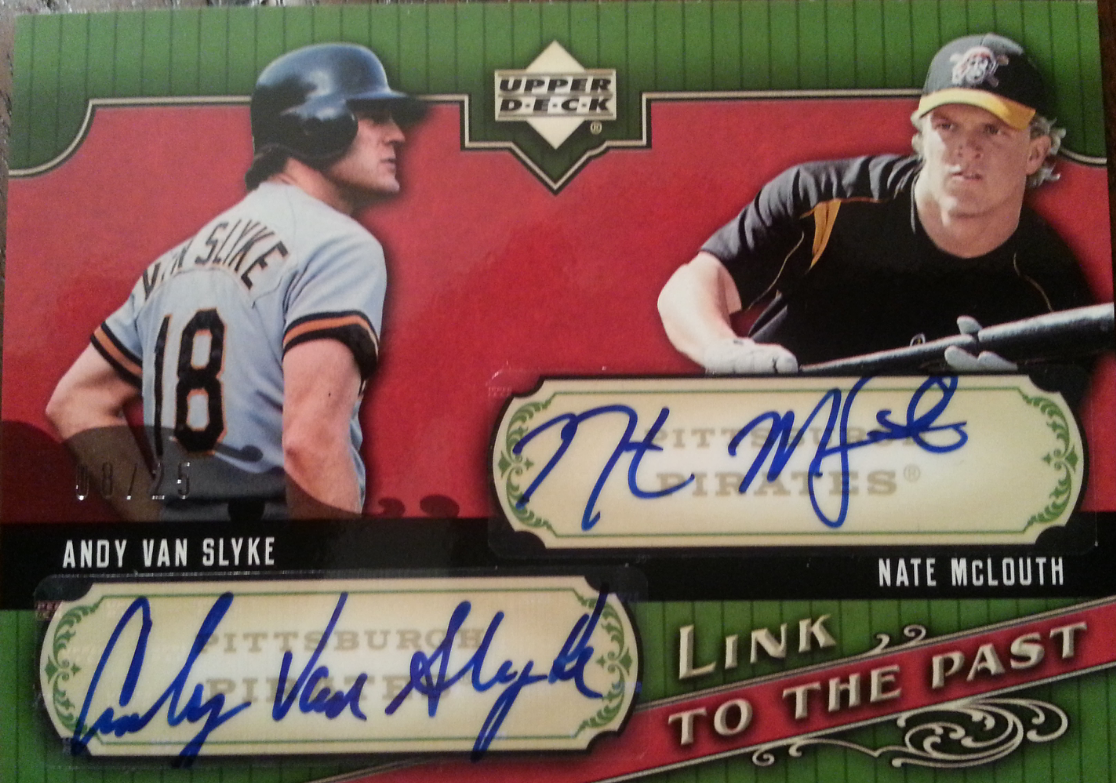 A couple weeks back I was doing my normal searches on Ebay and came across this dual auto of Van Slyke and Mclouth from 2005 Upper Deck Update.  Being a frequent reader of Cardboardconnection.com I'm usually in tune with most of the Pirate autos and relics.  This one caught me off guard.  It seemed this one had fell through the cracks as it was the first time I had noticed it.  Numbered out of 25 it is rare, but not rare enough to avoid me all these years.  I had to have it either way.  For a shade over $20 I'm now the proud owner.

I always had a soft spot for Mclouth.  Part of me wished the Pirates had kept him, but trading him away had a lot of benefit for the Pirates.  We received Charlie Morton and Jeff Locke from the Braves and the open area in center was taken by some guy named Mccutchen.  It turned out the Pirates traded Mclouth at his absolute peak as he has not come close to his All Star numbers in Pittsburgh.