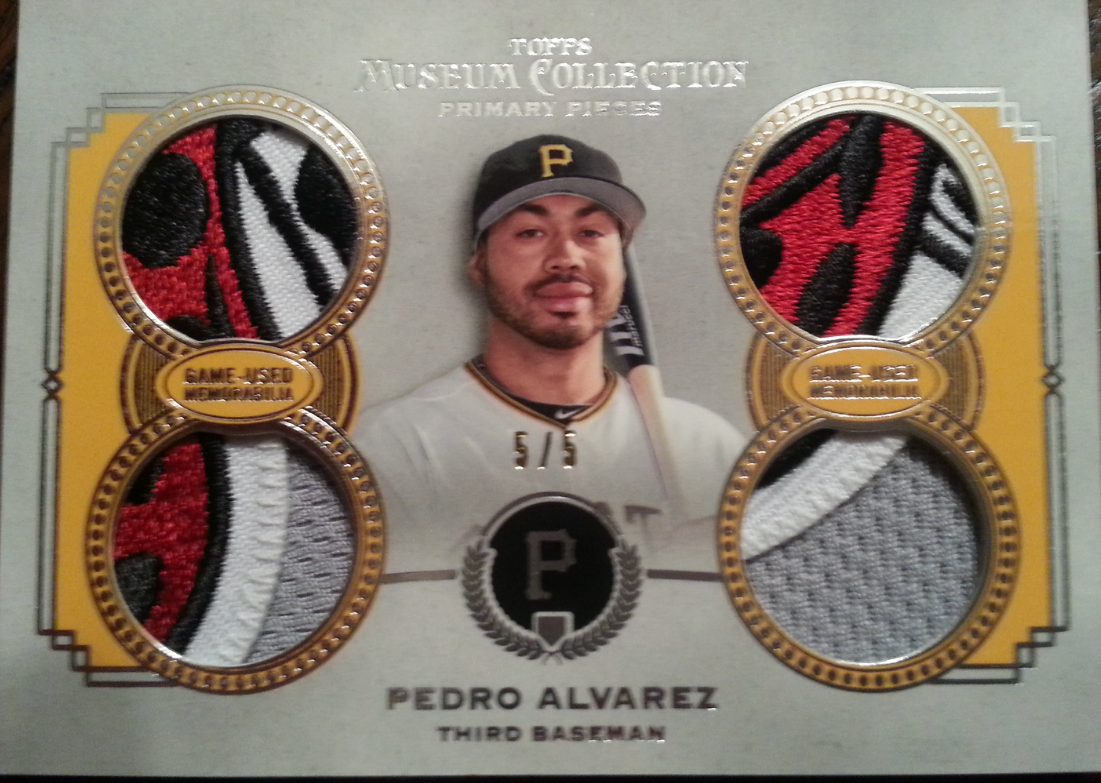 Pedro Alvarez doesn't have much in the way of high end cardboard, so I was pretty happy to get my hands on this card.  The quad patch has a huge chunk of the Pirate logo and is numbered 5/5.  When I first started the blog I featured the other copy of same card I own as well..

I'm not the biggest Pedro fan as I feel he is a one trick pony.  Pedro is good at hitting homeruns, but lacks in many other aspects of the game.  If he can learn to take a walk and cut down on the k's he could be a perennial all star.  Also, the defense is lacking as he always among the leaders in errors at 3rd base.  The Pirates will have an interesting decision to make as Pedro approaches free agency in a few years.  Pedro is a Scott Boras client so the chances he tests free agency would be pretty high.  The market tends to overvalue power hitters so it would be hard for the Pirates to resign him.  My gut feeling is the Pirates will take the year to year approach.  If Pedro has peaked as a player, I would assume the Pirates would just let him play out his current contract and let him walk.  If he shows signs of improving as a hitter they may try to buy out a few free agency years like they did for Cutch.  The Pirates are on record as to saying they want to resign Pedro and Neil Walker so it should be interesting.

Posted by BobWalkthePlank at 9:50 PM