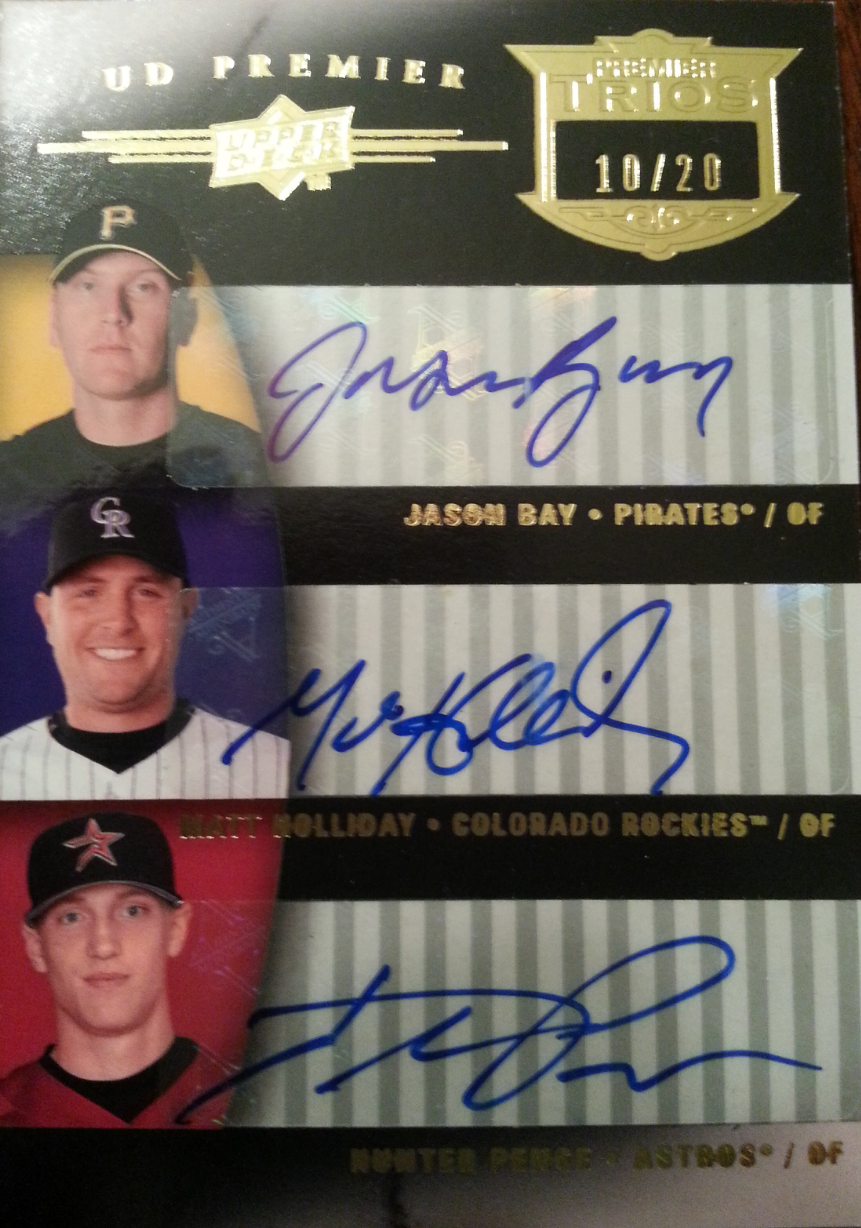 Dug up this dandy out of the closet today as I was searching through some cards in my never ending quest to get organized.  This box was full of mid 2000's goodies.  I must have really liked 2008 UD Premiere as I found a ton of cards from this set.  Must have had a decent amount of Pirates in the set.

Jason Bay had a few cards in earlier sets with Holliday, but as far as I know this is the only card featuring Bay and Pence.  As always I wish the autos were on card, but it is still a pretty nice card.  I've said it before that I love collecting cards like this as it gives me a chance to accumulate some autos of other good players while still using the excuse of a "Pirate" purchase.  A couple weeks ago I featured a Buster Posey/Tony Sanchez auto.  I like Tony Sanchez, but I really wanted that Posey auto.

I'm slowly adding links of some my collection on the blog.  The site I'm using is called Sportscardalbum.com and it is pretty user friendly.  They are currently upgrading to a new server so the links may be out of order for a few days as they get integrated.  Man I wish I was more organized when I was younger.  Hopefully the blog will help motivate me to continue my quest to be organized.
Posted by BobWalkthePlank at 9:35 PM