I Have a Conundrum

Last week I hashed out a trade with Matt from Cardboard Conundrum.  When browsing Matt's trade bait I found a few Pirate and WVU cards that I wanted so I sent an email and that got the ball rolling.  Matt was super easy to deal with.  Take a look at Matt's blog and set up a trade with him.  You won't be disappointed.  He has a lot of interests and a well stocked trade bait link so contact him to set something up.

Check out the cool cards I received.... 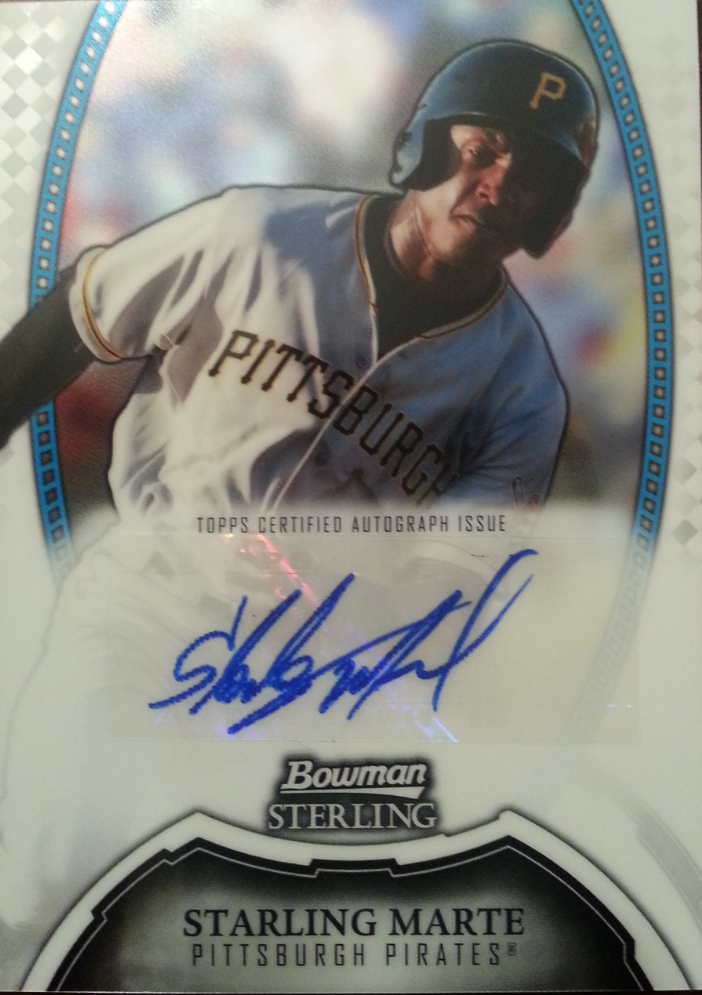 2011 Bowman Sterling Starling Marte rookie auto.  I'm a huge Marte fan and a frequent buyer on Ebay. Always glad to add an auto to the collection. 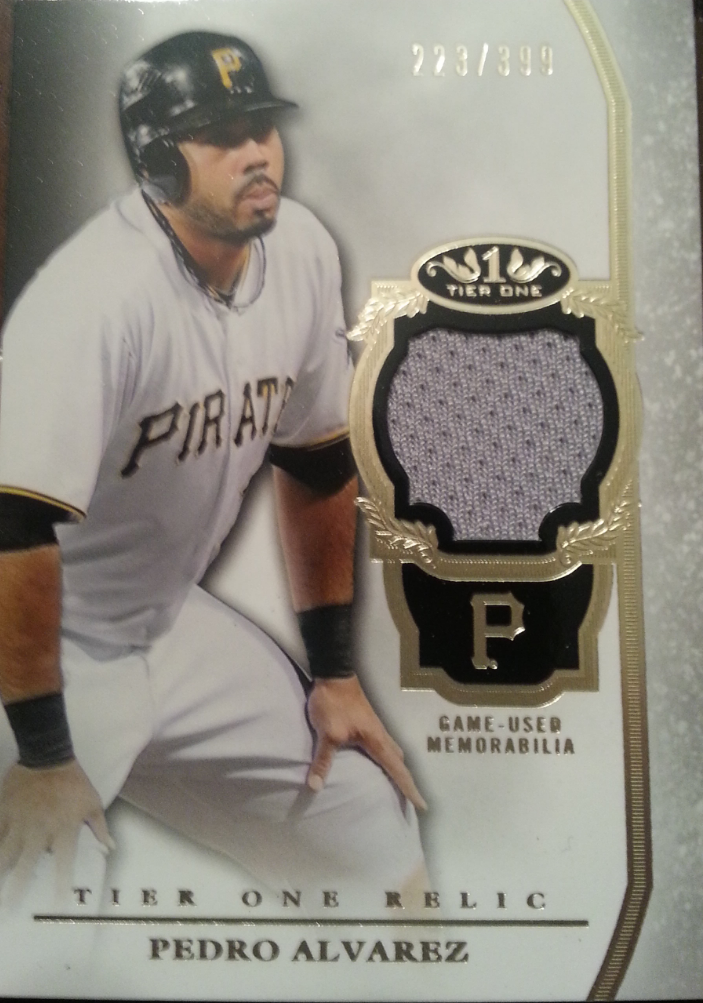 2013 Topps Tier One Pedro Alvarez jersey.  Pedro doesn't have a ton of relics or autos so I'm always trying to add them to my collection when available.  Pedro is looking to build off his all star campaign last year. 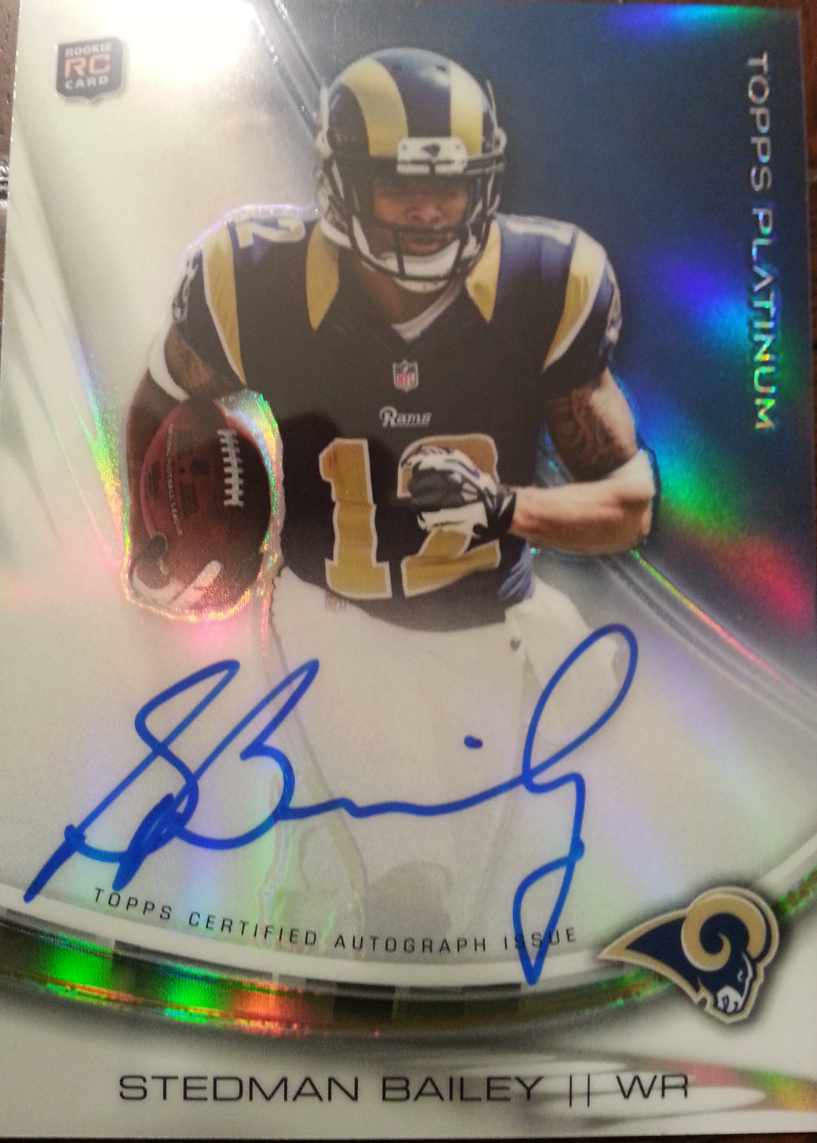 2013 Topps Platinum Stedman Bailey auto.  Stedman was part of the three headed monster at WVU with Geno Smith and Tavon Austin.  He was a third round pick of the Rams. 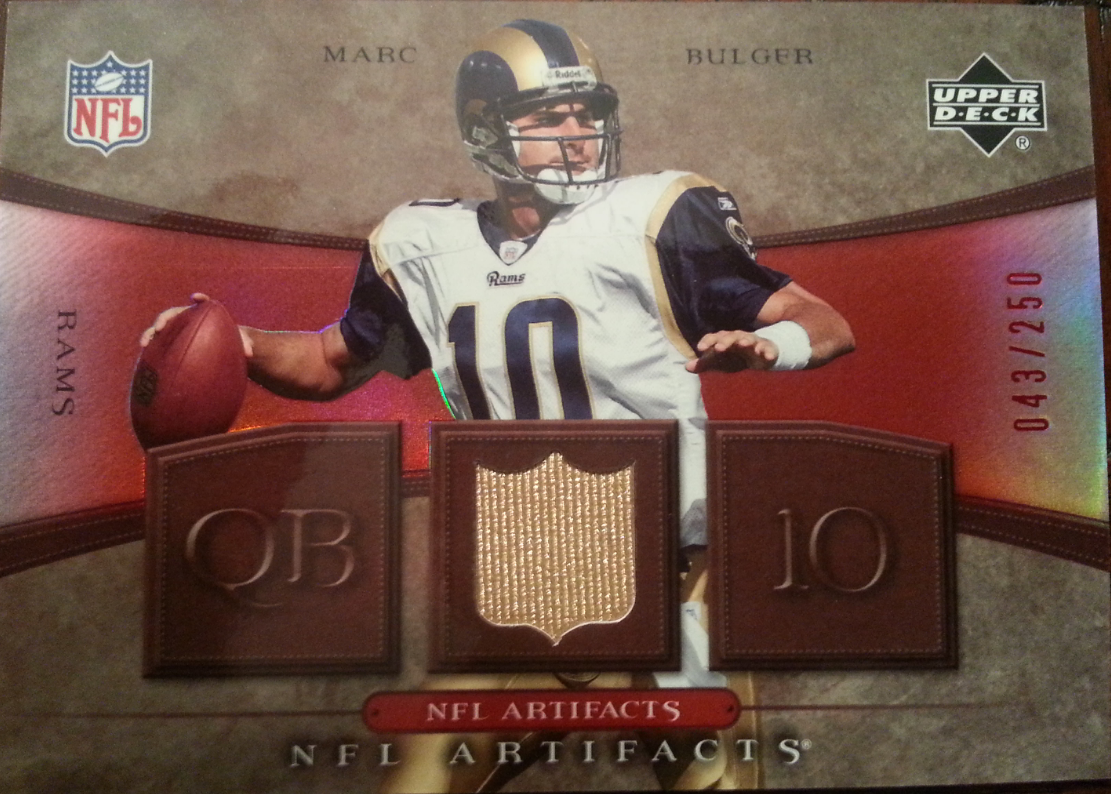 2007 Upper Deck Artifacts Marc Bulger jersey.  Bulger held a lot of the passing records at WVU until Geno Smith rewrote the record books before being drafted in the second round by the Jets last year.  Bulger had several good years with the Rams in the mid 2000's.

What a great mix of Pirates and WVU.  I really appreciate the trade Matt.  I'm sure this won't be our last deal.  Hope you like all the cards heading your way!
Posted by BobWalkthePlank at 8:54 PM