Last month when looking for Pirate rookie autos I came across a Ty Hensley that I figured AJ aka The Lost Collector might want. I took the gamble and purchased it and sure enough AJ needed it. I have had good luck recently finding cards for my NYC area buddies AJ and Zippy. With both of them collecting Yankee prospects and myself always on the hunt for Pirates, I often find sellers who hit all our needs.

AJ was nice enough to send some return cards my way... 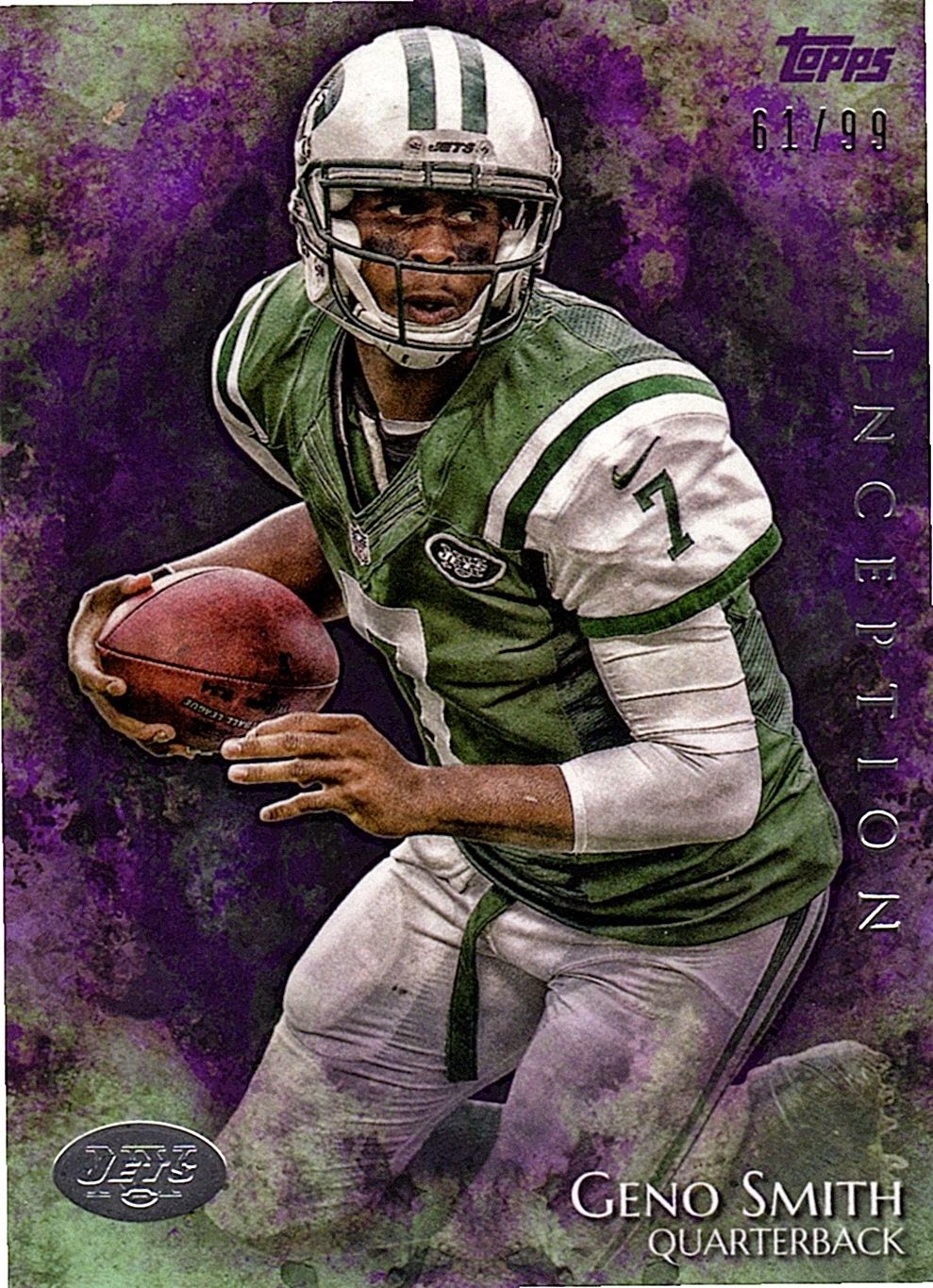 This was my favorite card AJ sent. I've been showing off a lot of Inception baseball lately so this fits in nicely with the theme. The picture really pops on this parallel numbered to 99. My hope is that Geno can be traded to the Rams one day so he can throw to Tavon Austin and Stedman Bailey. 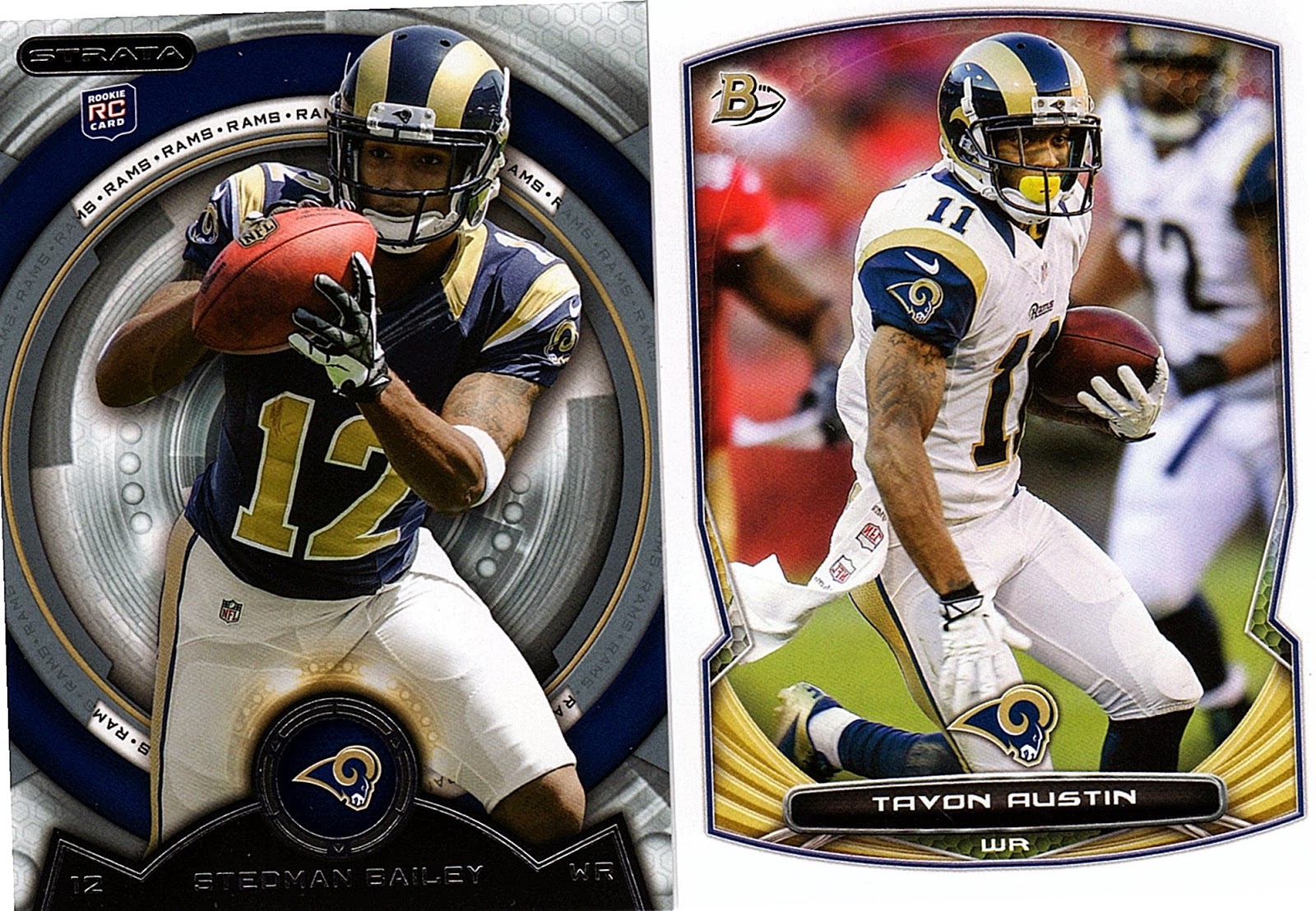 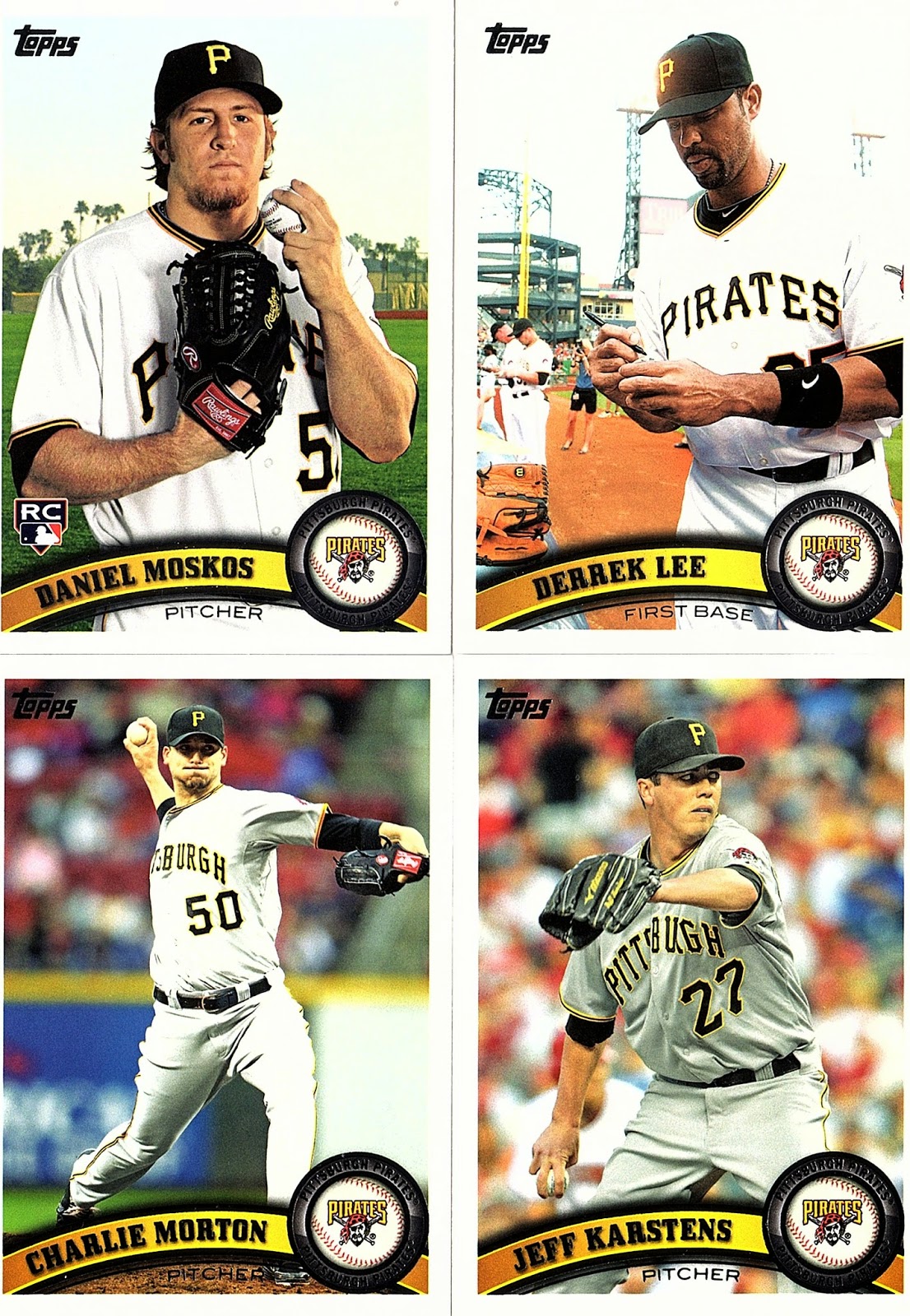 You almost have to feel bad for Daniel Moskos. The Pirates took him in 2007 because they knew he would be an easy sign. The consensus pick was the for the Pirates to take Matt Wieters, but they were cheap and avoided the negotiations with Scott Boras. Moskos never did anything of note with the Pirates and currently is a free agent looking for a minor league deal. 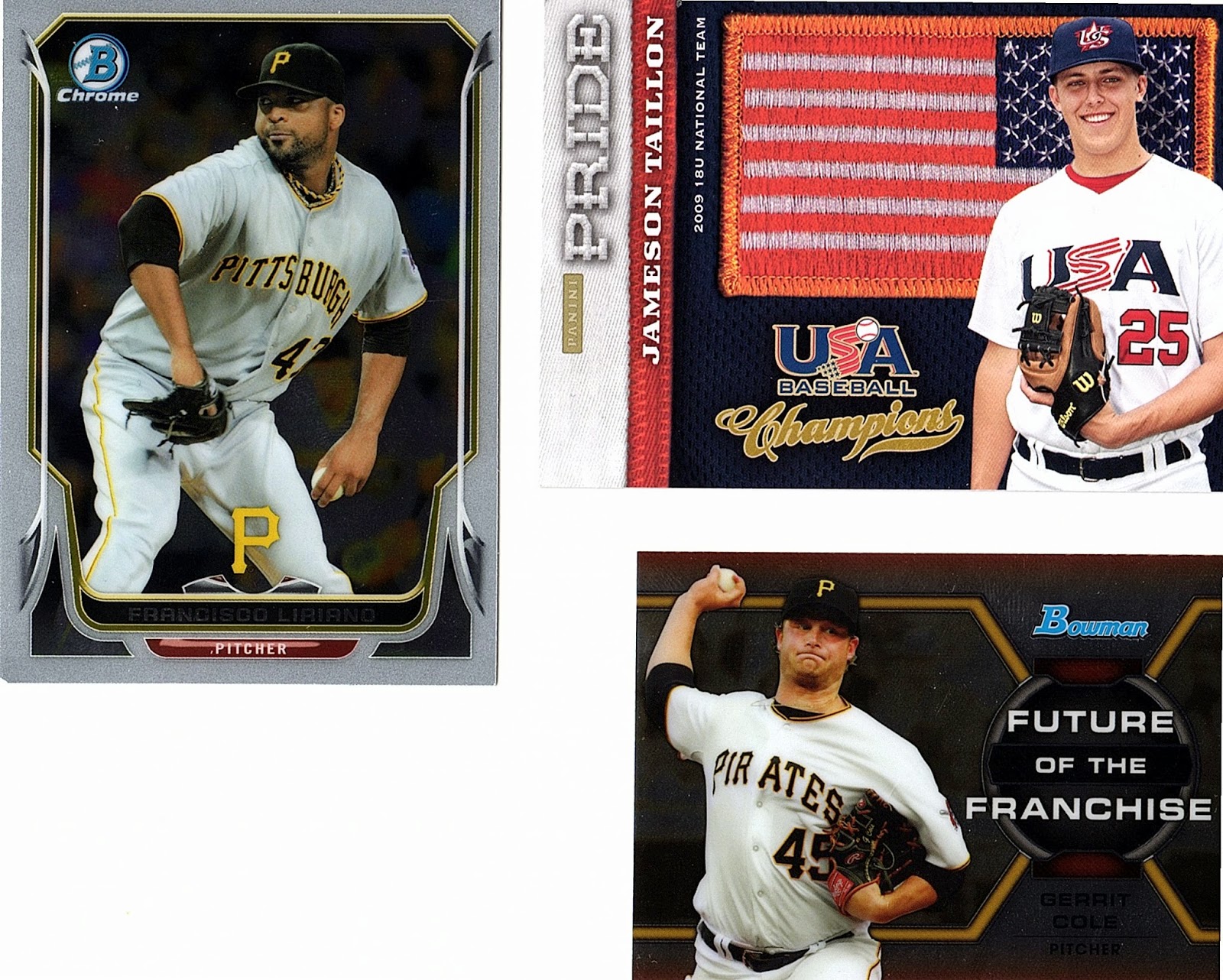 Taillon might join Liriano and Cole in the rotation at some point this year. 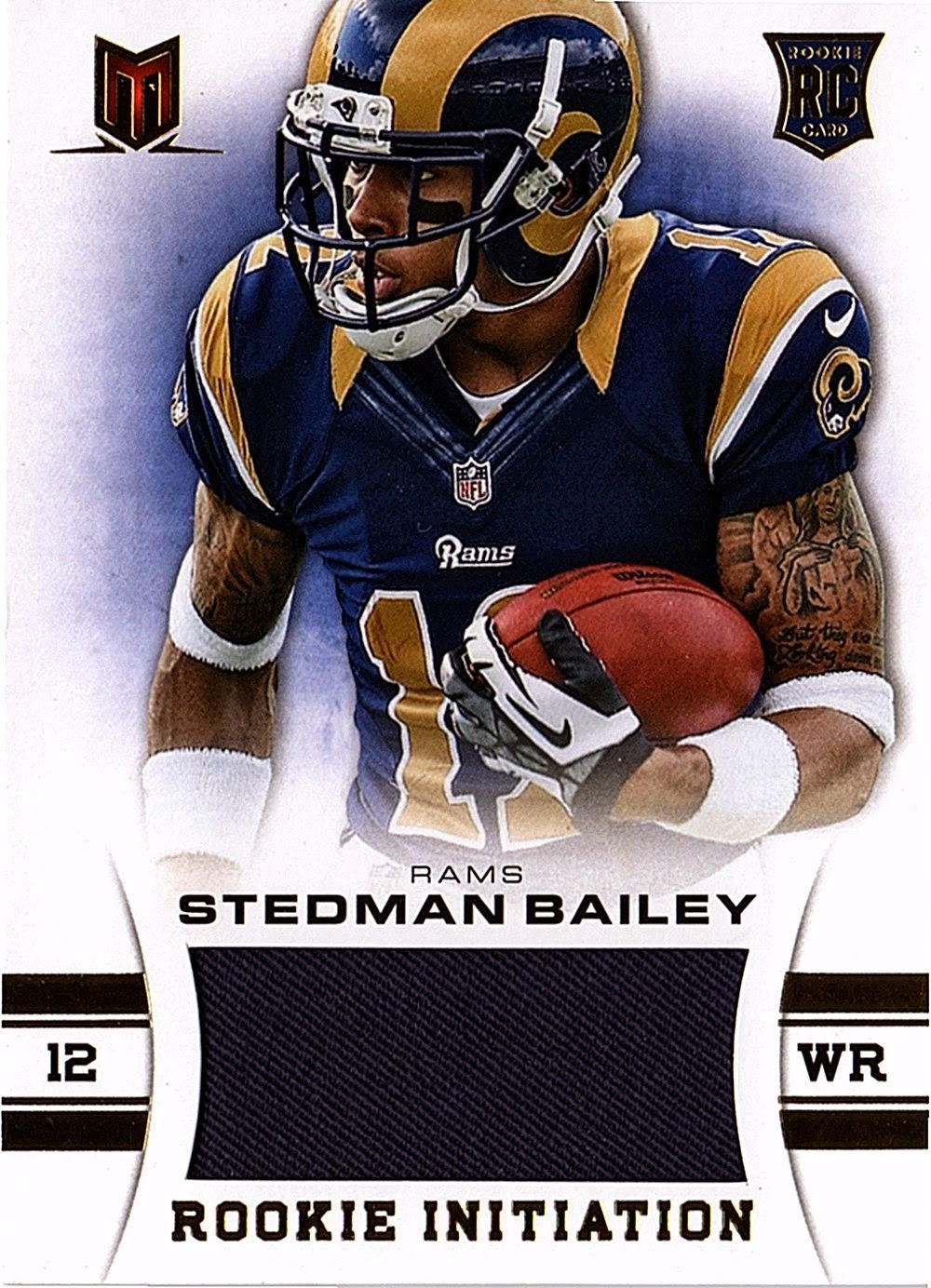 Nice relic of Stedman Bailey. It has been nice to see Stedman getting more involved in the Rams offense the last few games. Hopefully he and Tavon can play a big role next year and finally make St. Louis respectable again.

As always AJ thanks for the nice mix of Mountaineers and Buccos. I'll keep my eye out for some of your PC guys when I'm shopping on eBay.

Thanks for reading.
Posted by BobWalkthePlank at 2:22 PM

Email ThisBlogThis!Share to TwitterShare to FacebookShare to Pinterest
Labels: the lost collector, trade