Part 2 of my Black Friday wax binge was 3 boxes of 2014 Donruss. Dave and Adams knocked the price all the way down to 36 bucks which was a great deal. Each box guarantees 2 autos and a relic card. While I wasn't able to top the big hit from my set of Heritage high number, I thought I had some pretty good boxes. 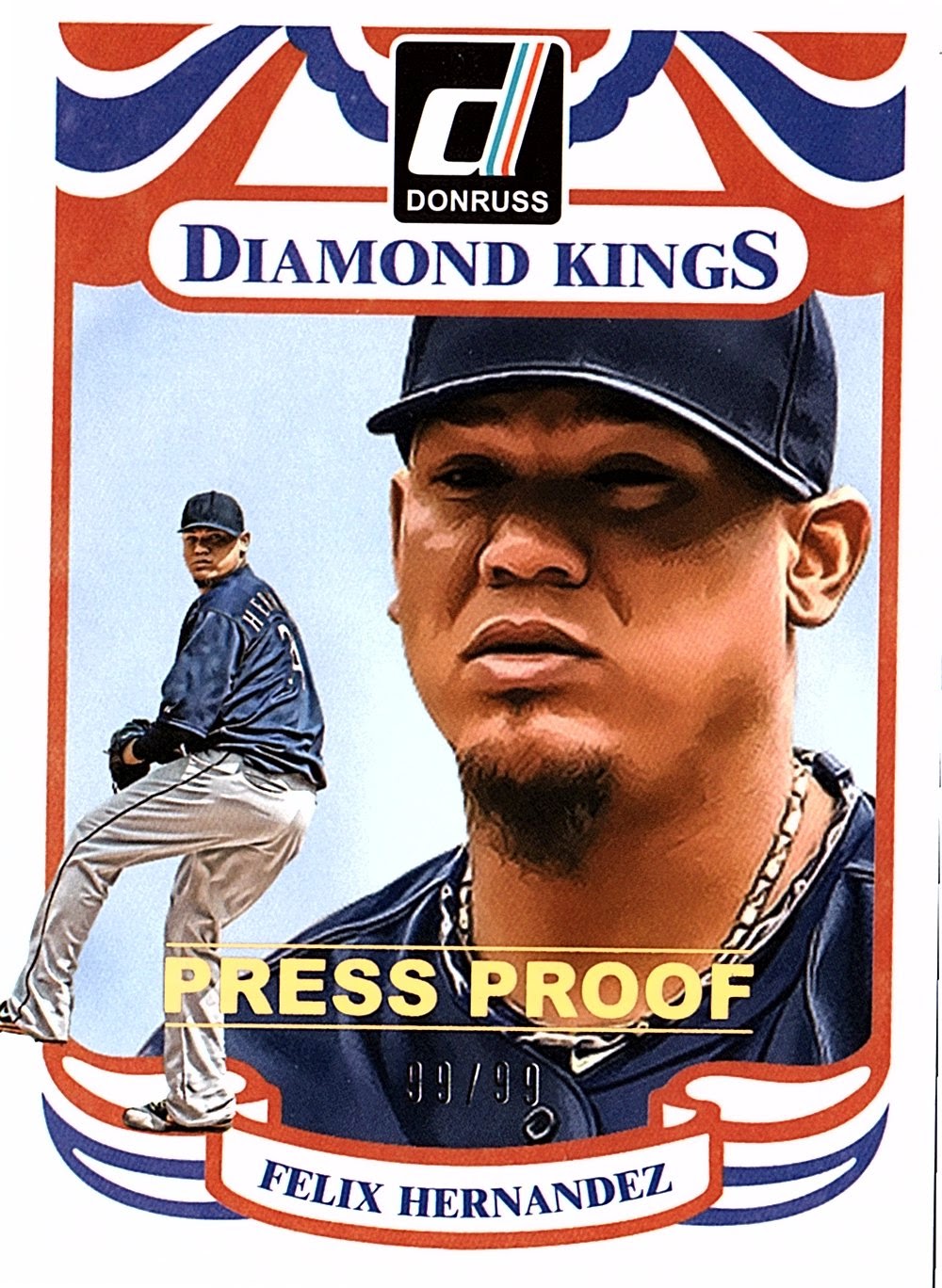 On average you will pull 2 Press Proofs a box.  Most are numbered to 199 while some of the rarer versions are /99. This King Felix was my favorite as it was the Diamond King version /99. 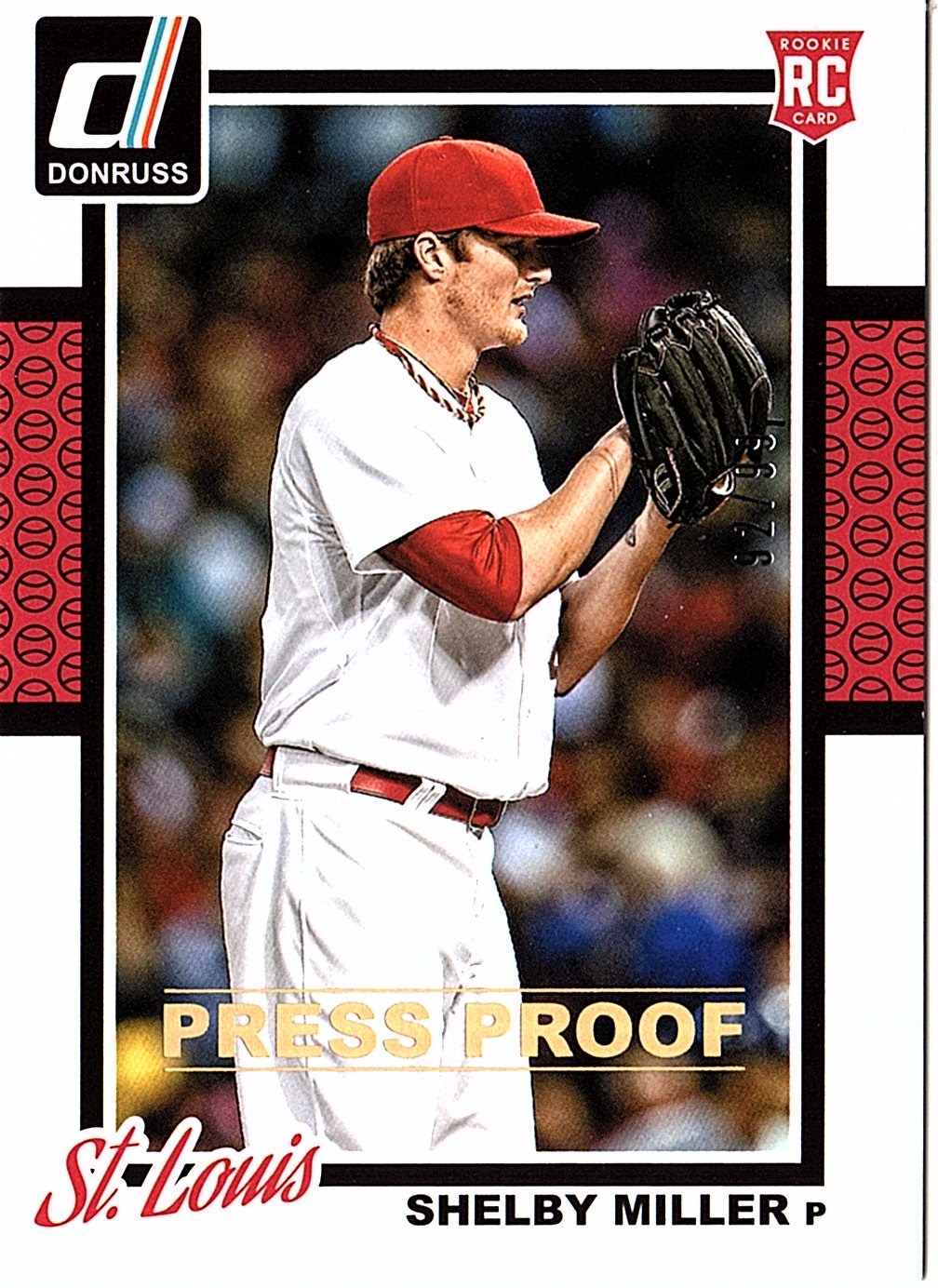 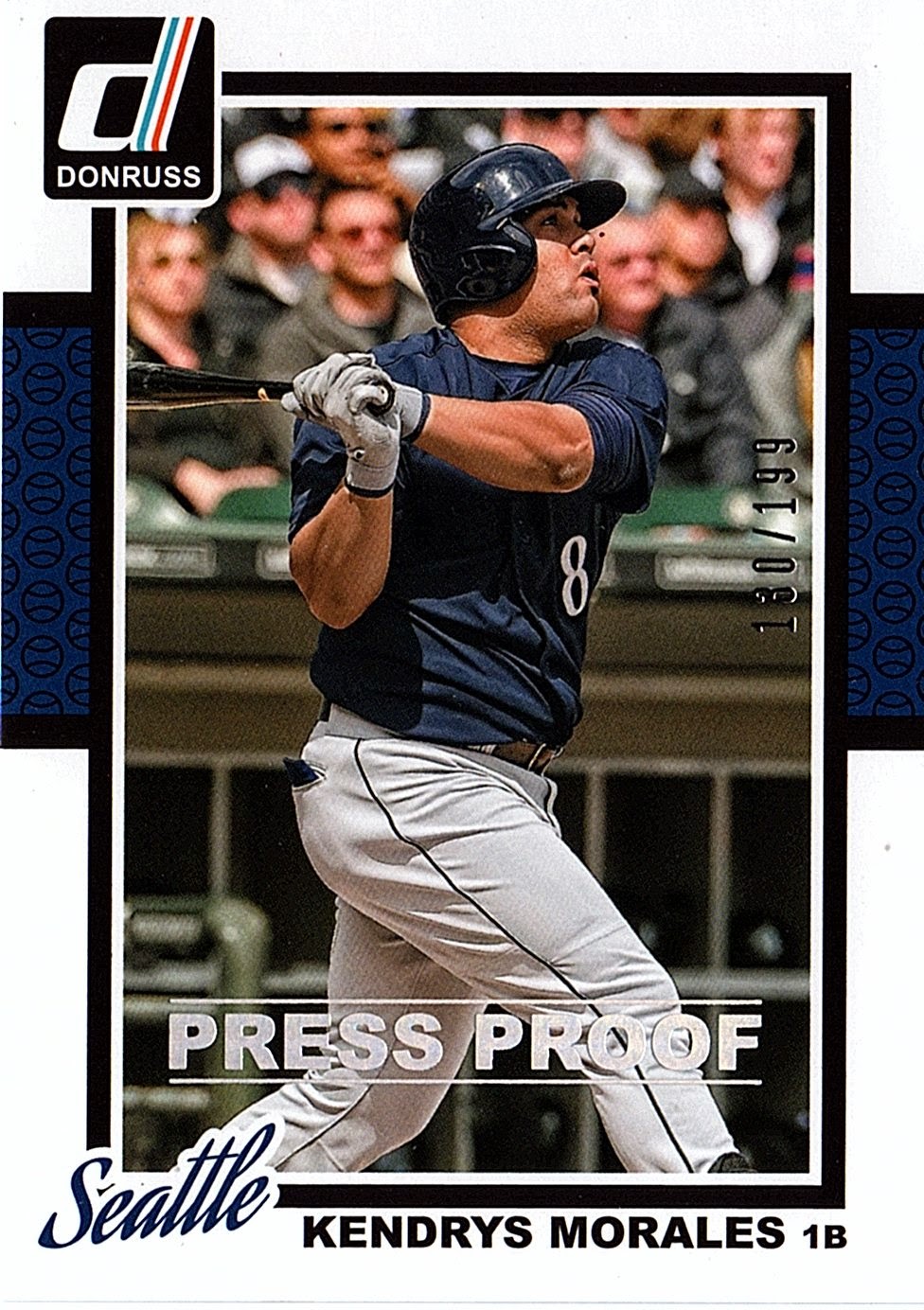 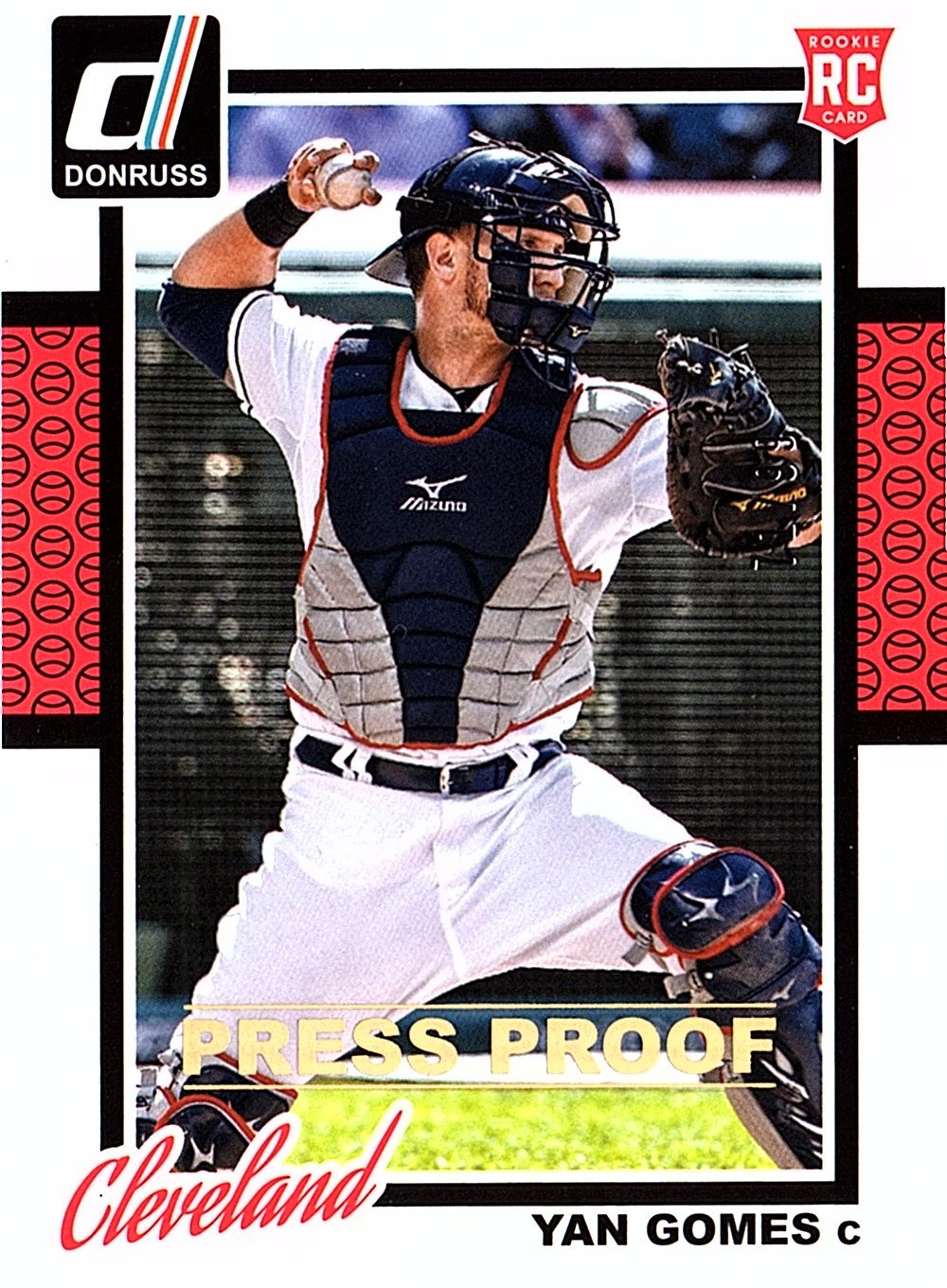 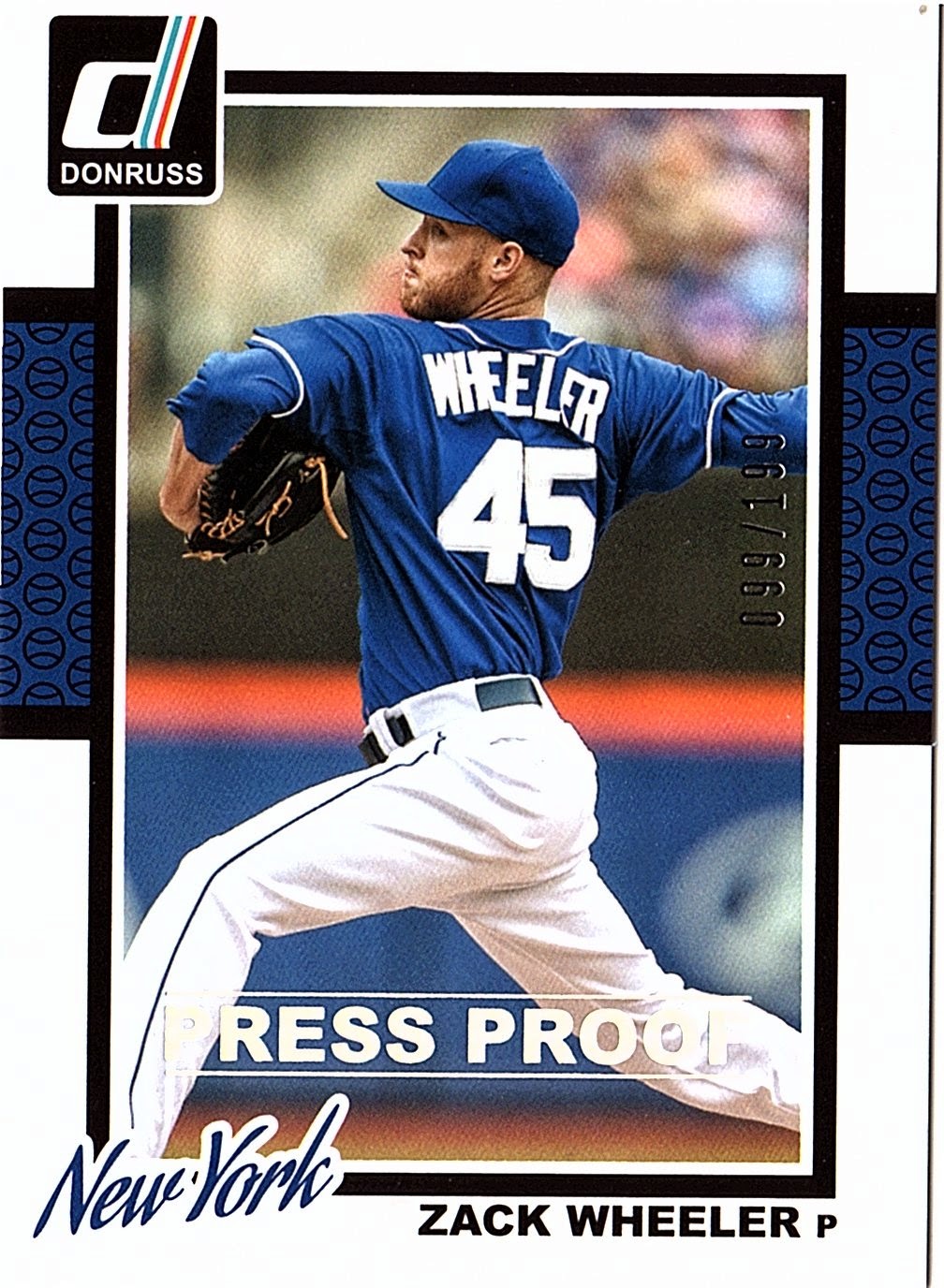 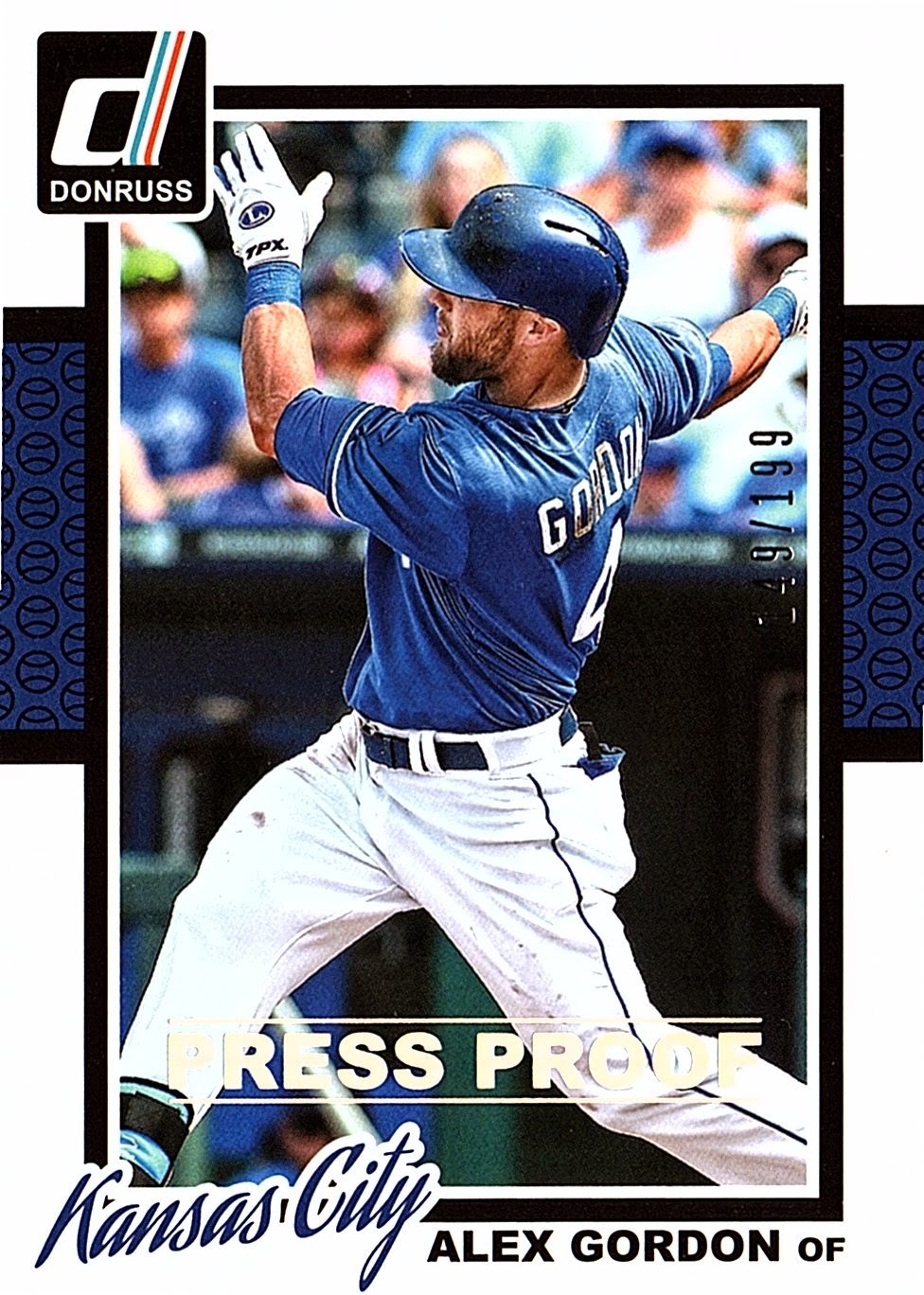 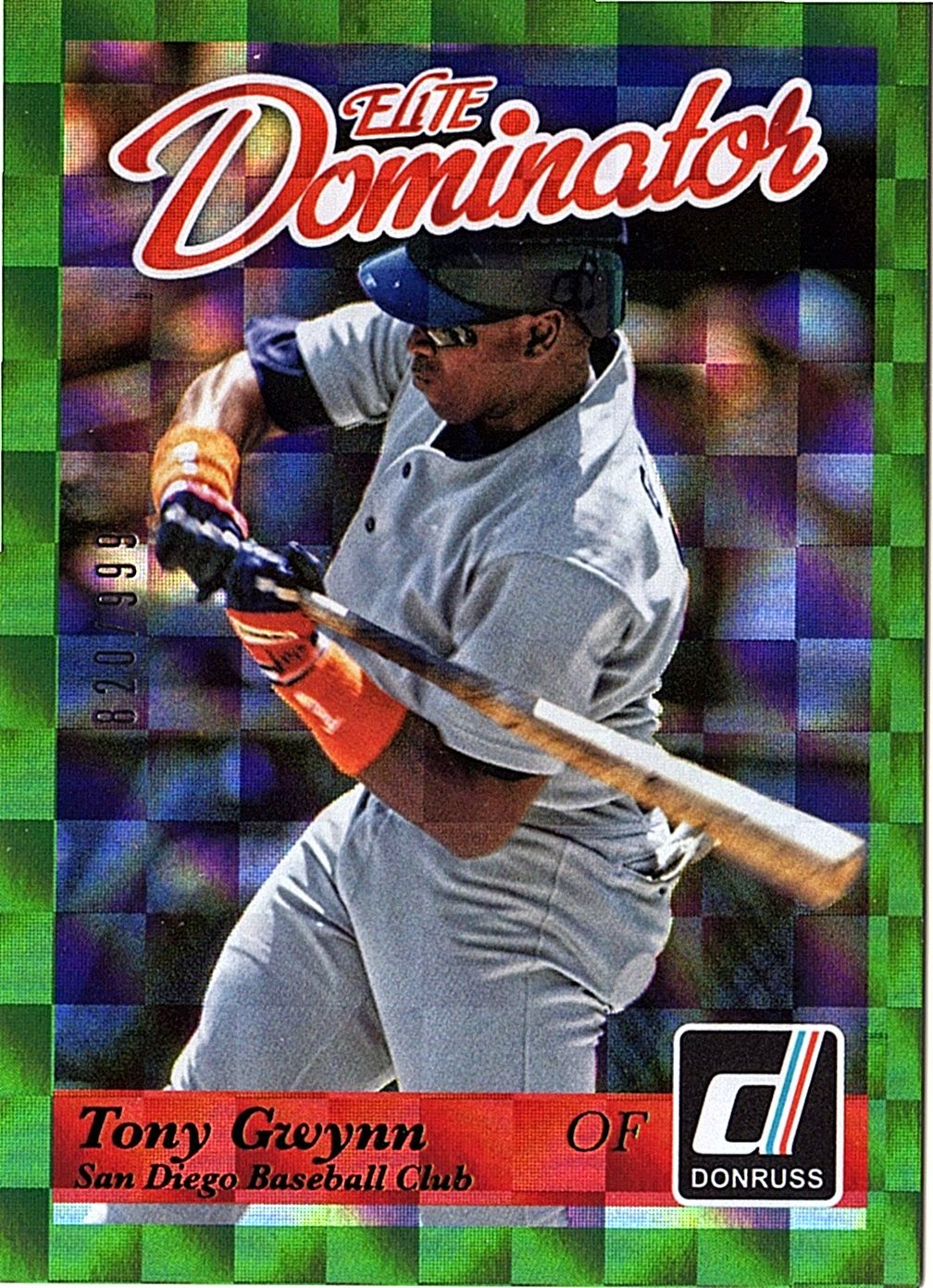 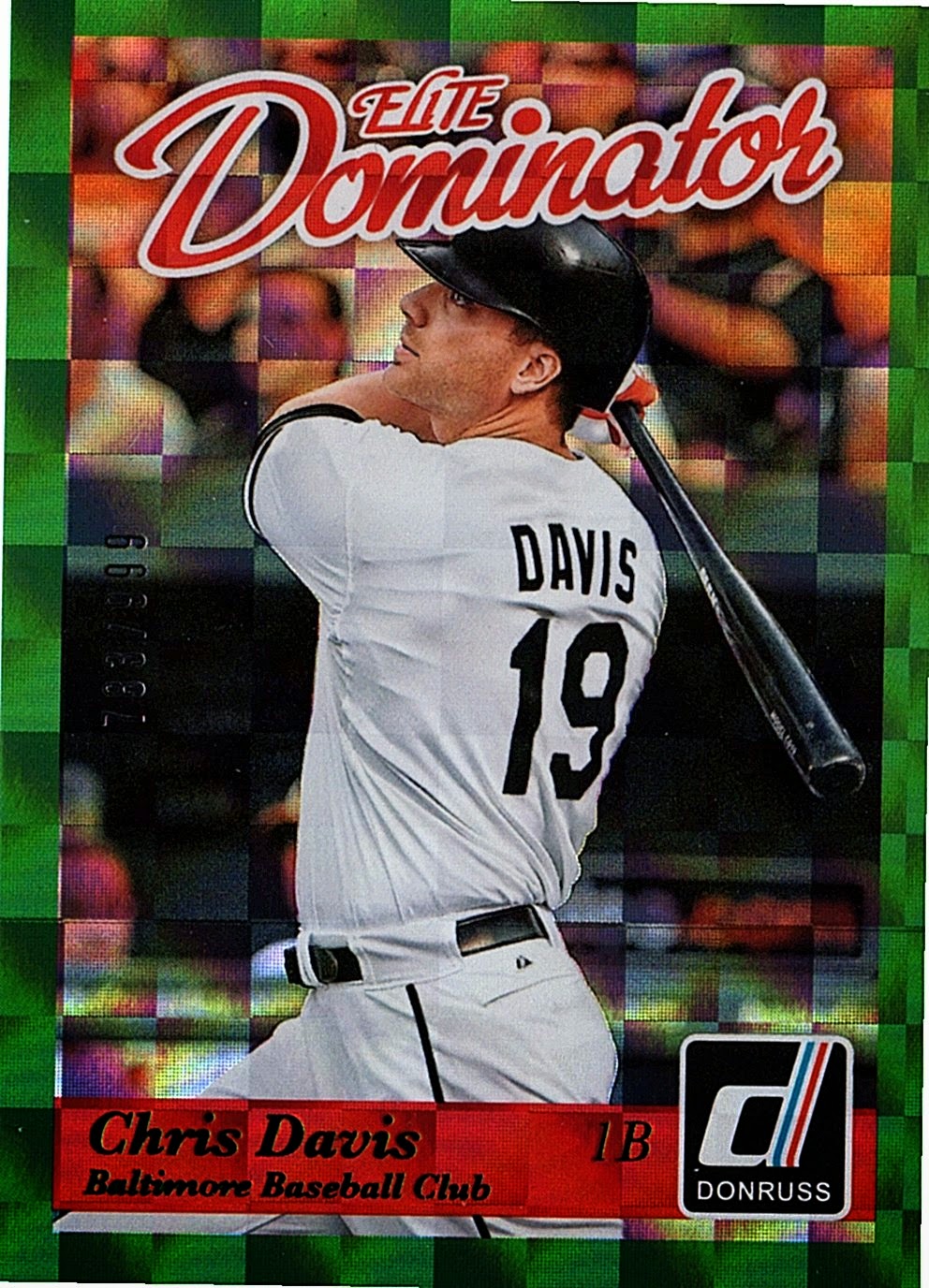 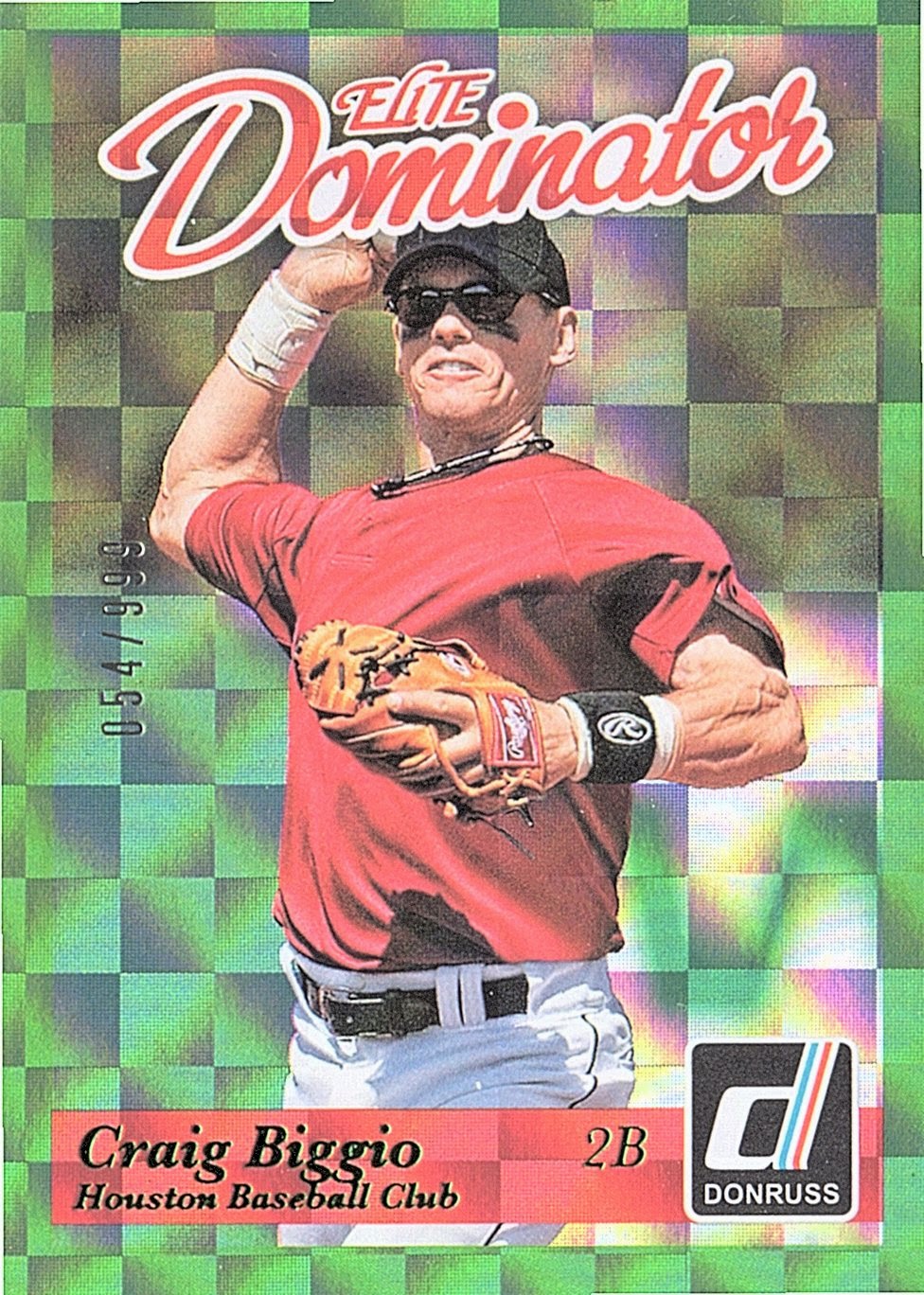 Elite Dominators are numbered to /999 and have a cool look. One of the fun aspects of Donruss is that you get a lot of parallel cards and throwback inserts. 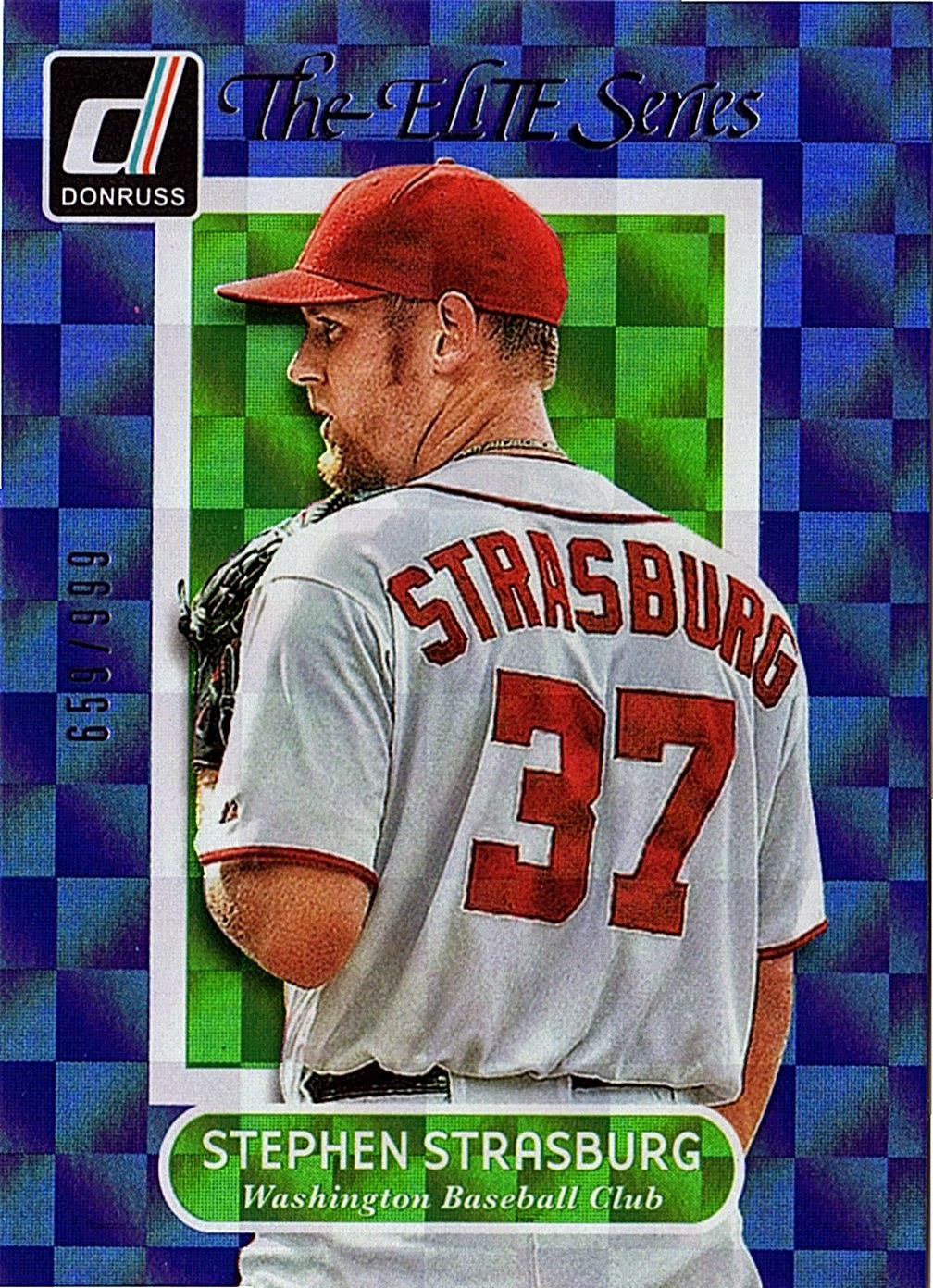 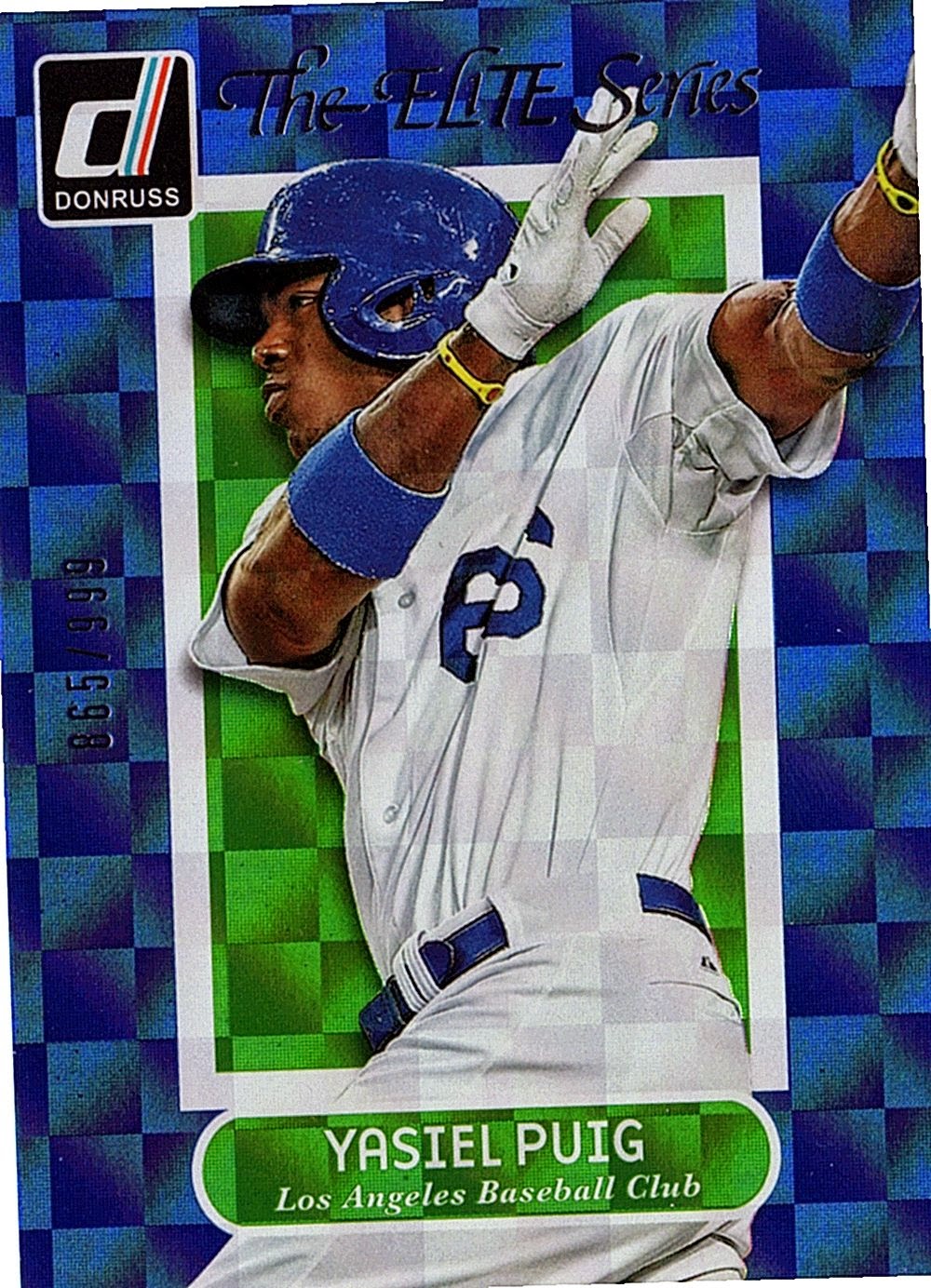 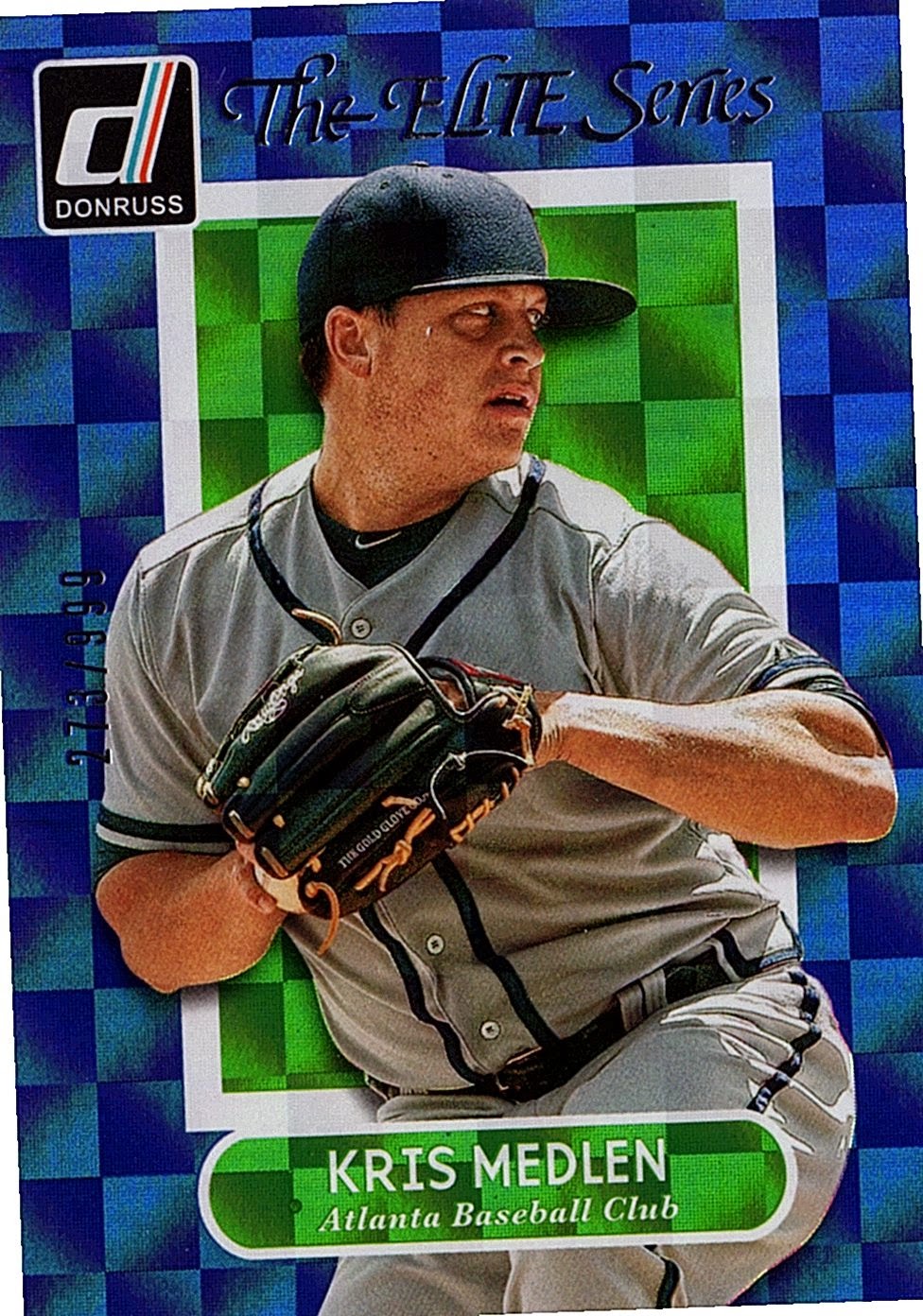 I pulled two pretty big names from The Elite Series insert set. They are also numbered to 999. I actually pulled two of the Strasburgs. 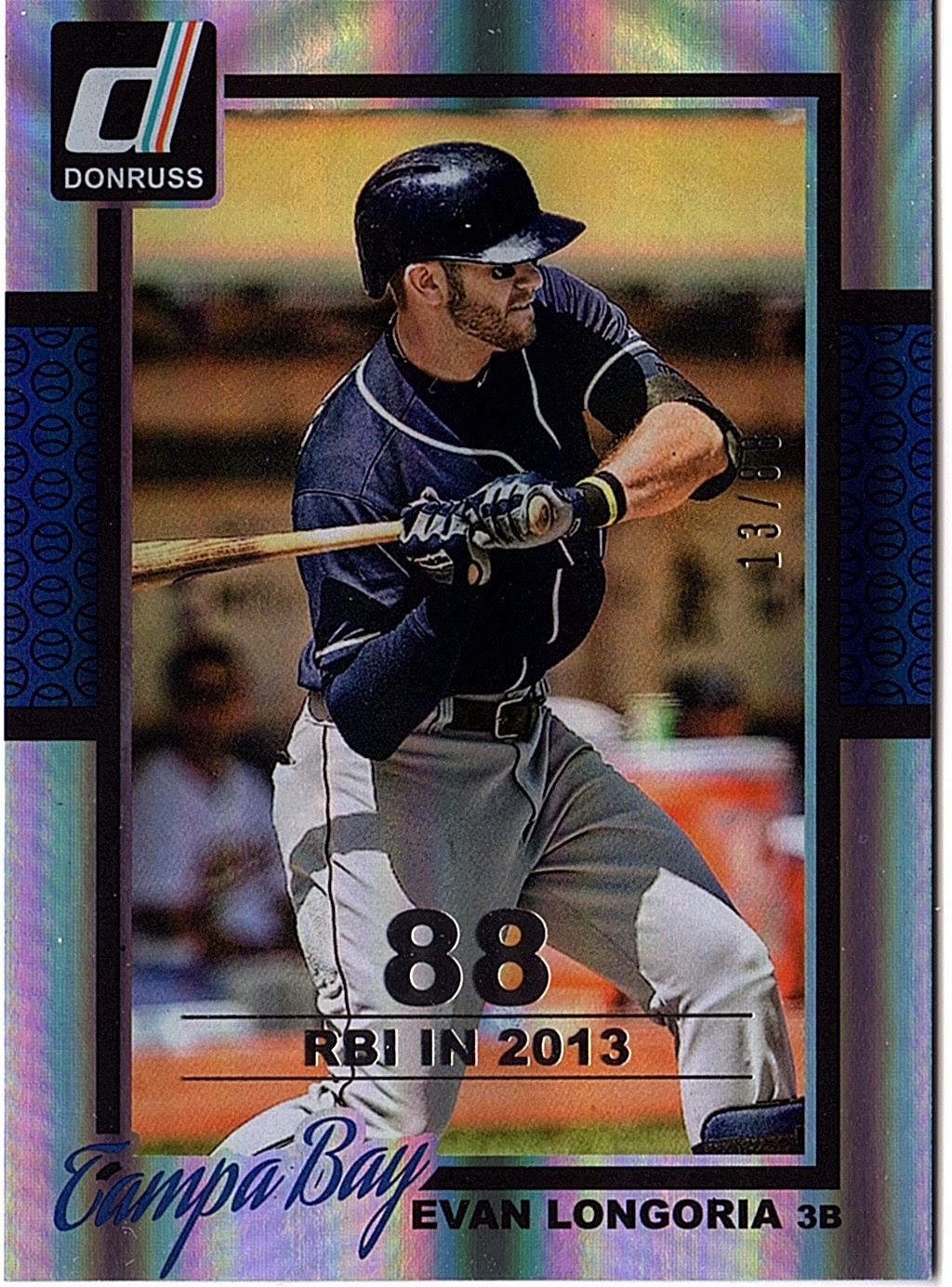 You get a bunch of the stat parallels in each box. This Longoria numbered to 88 was the best I pulled. 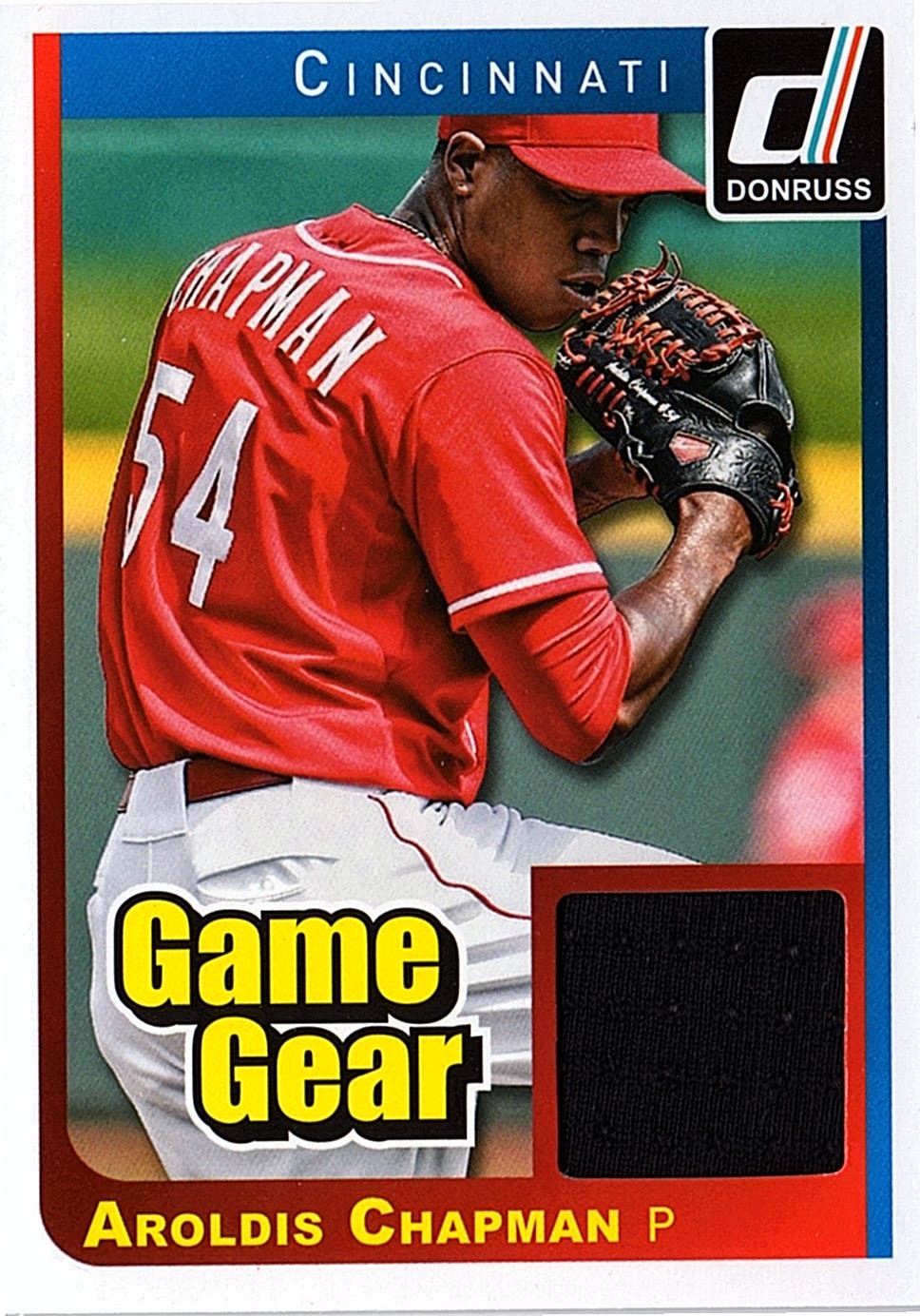 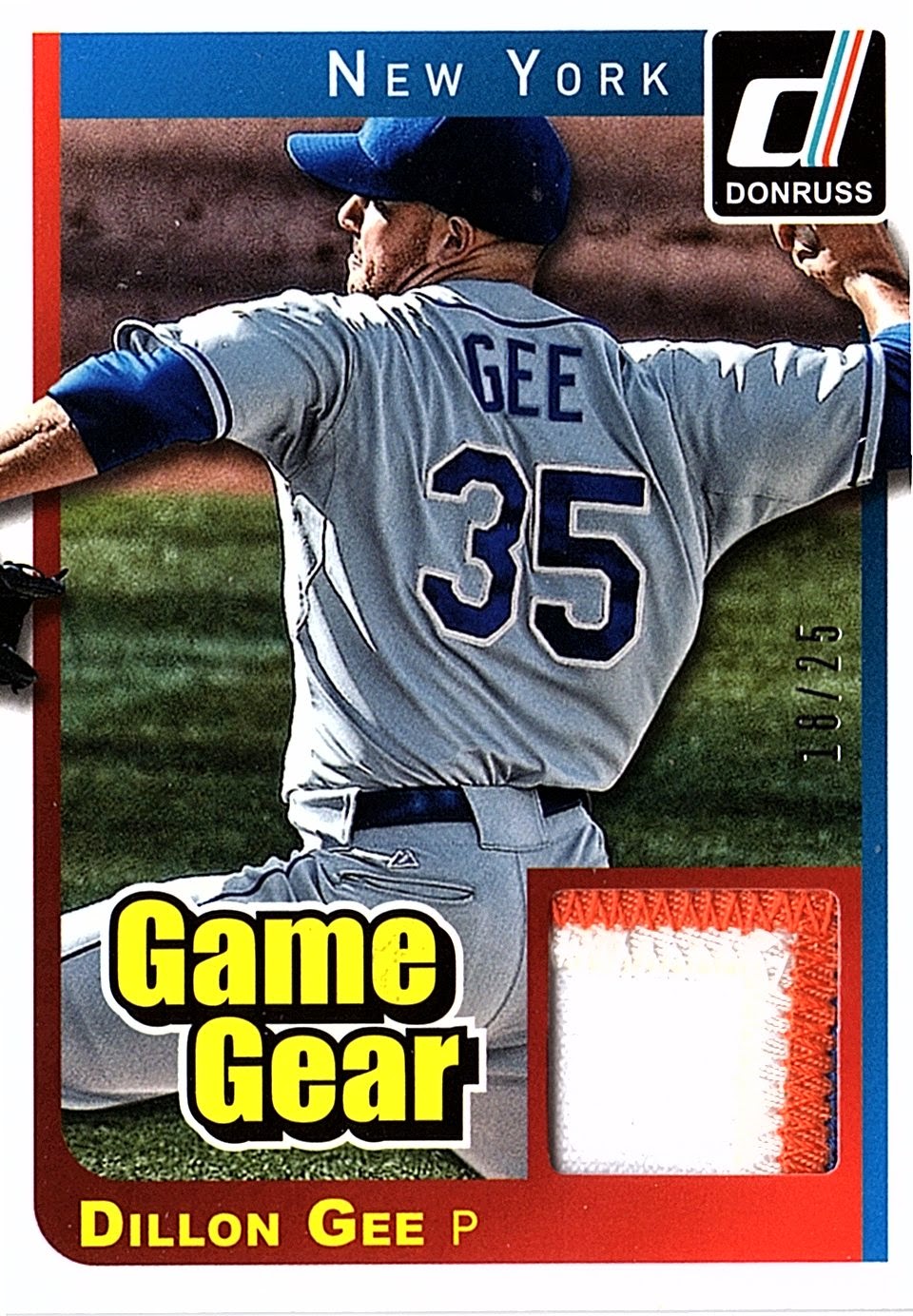 Broke the odds with this Gee patch /25. Not the best swatch you'll find, but you can make out three colors. 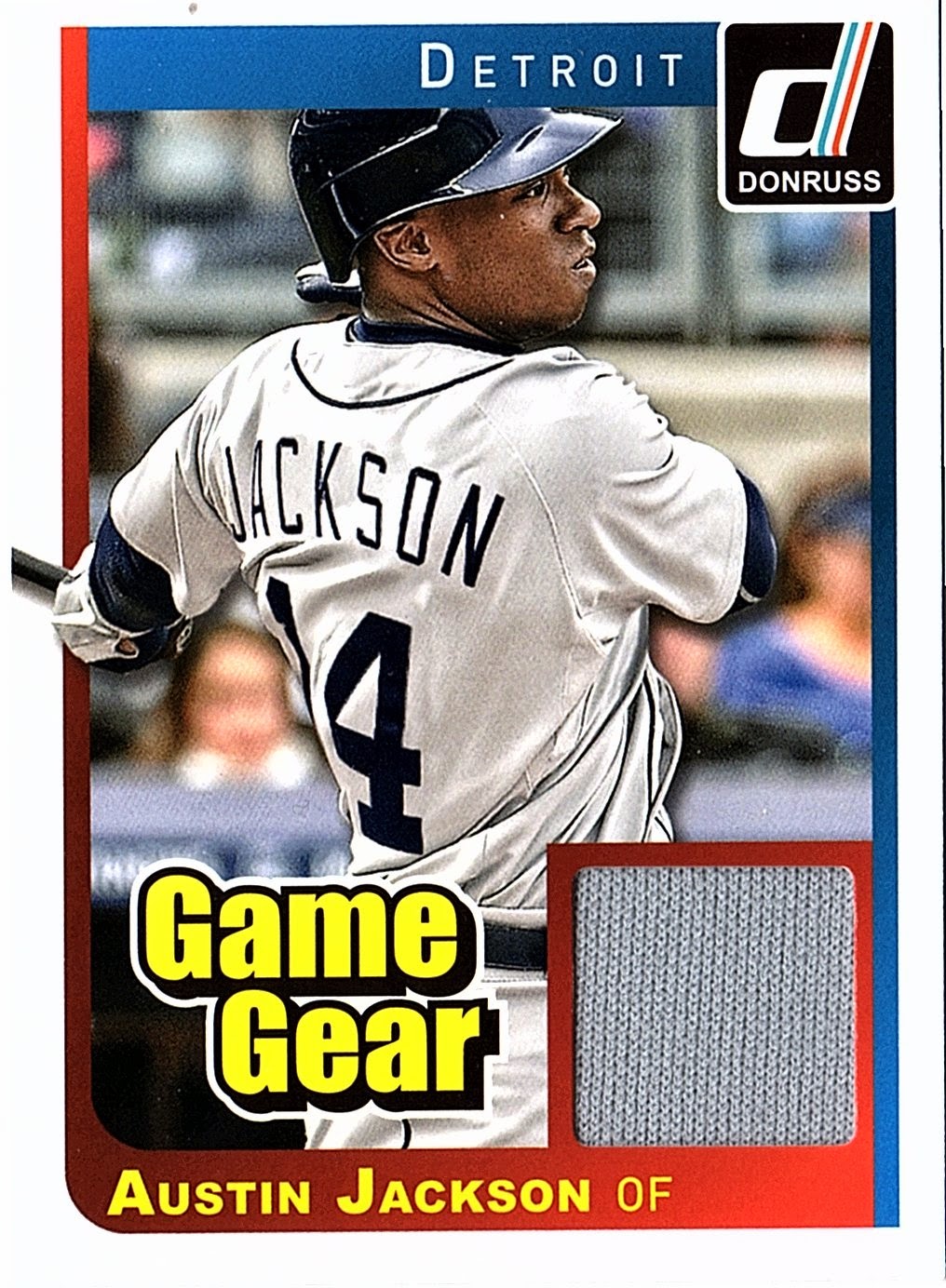 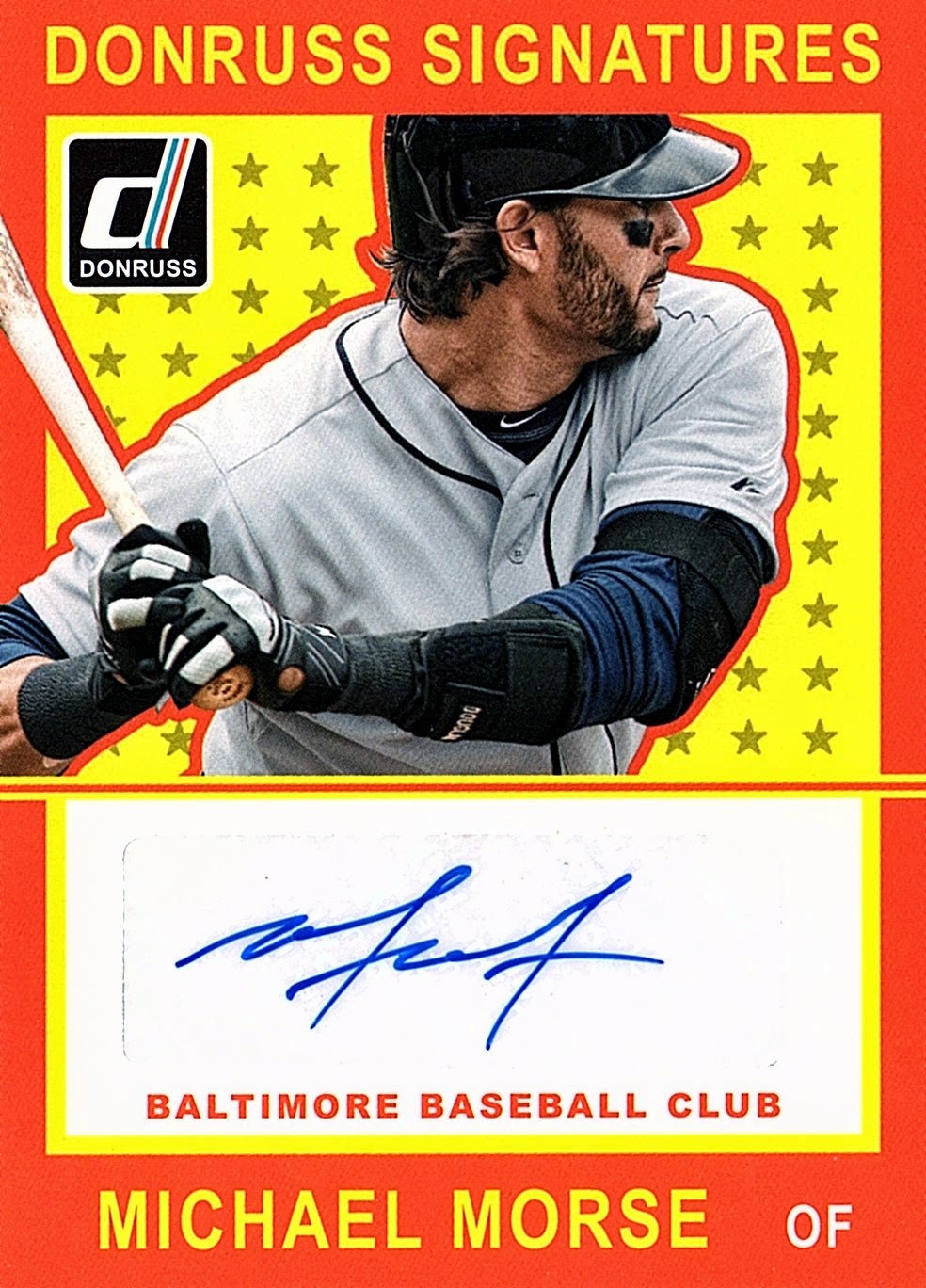 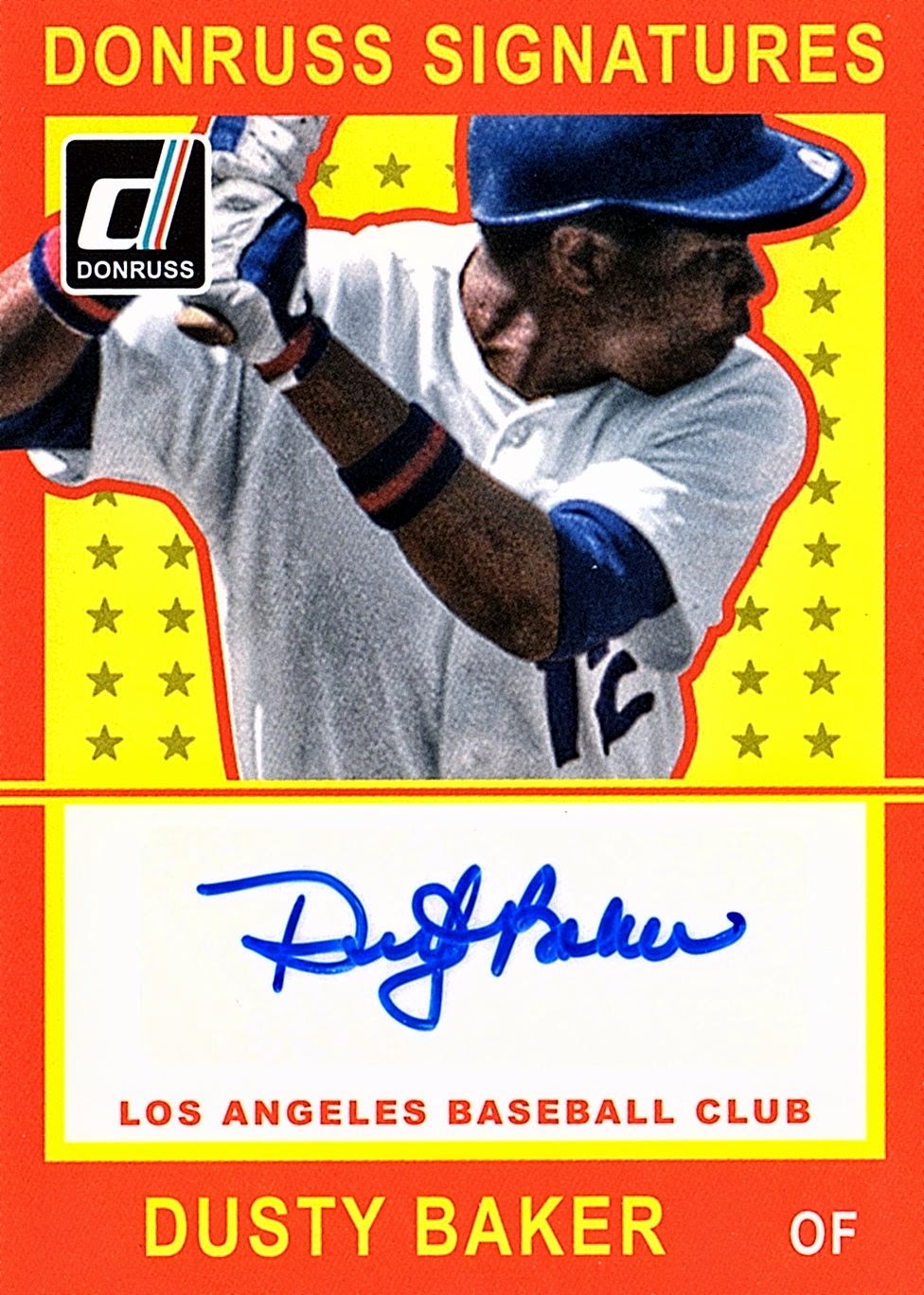 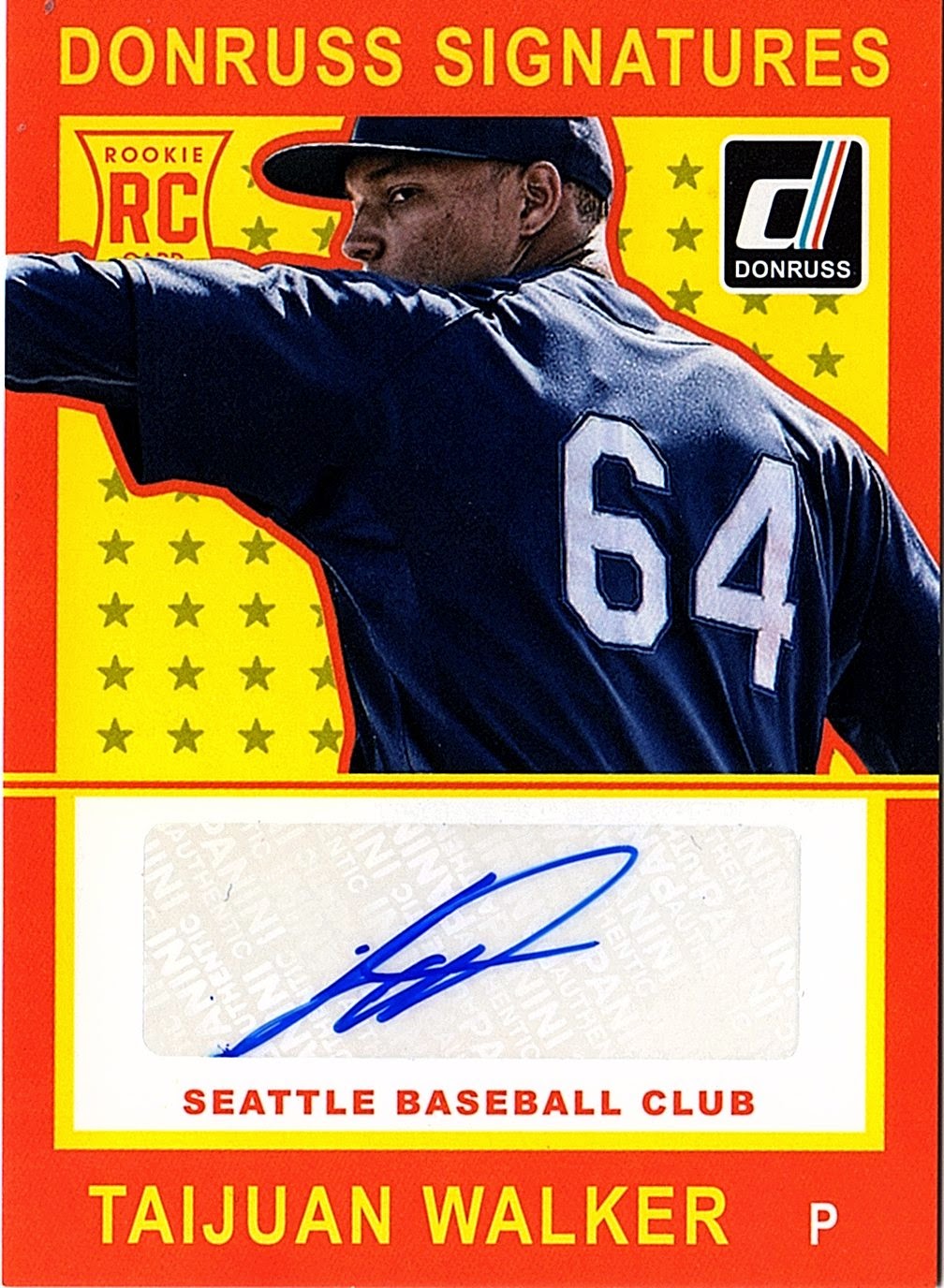 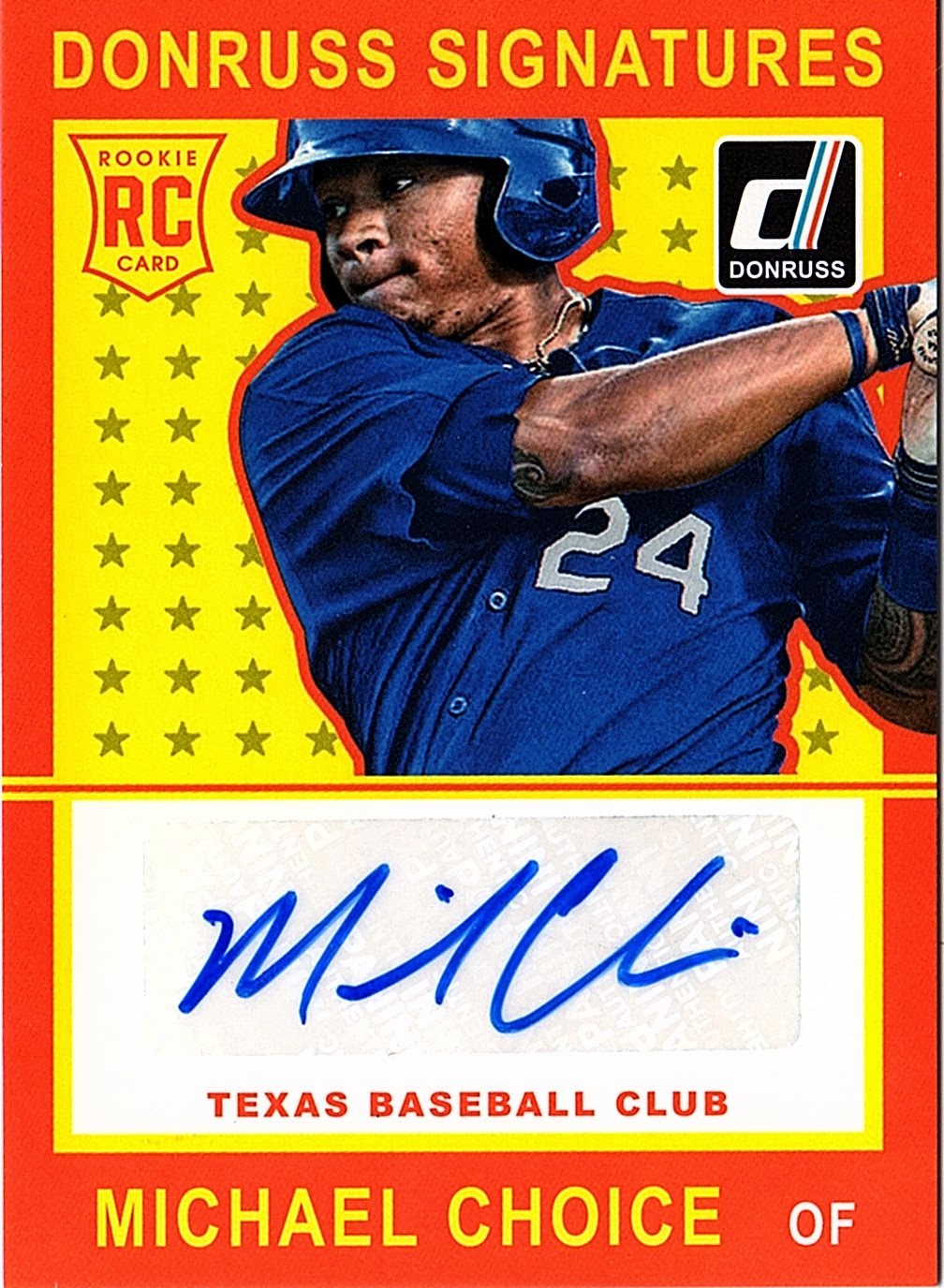 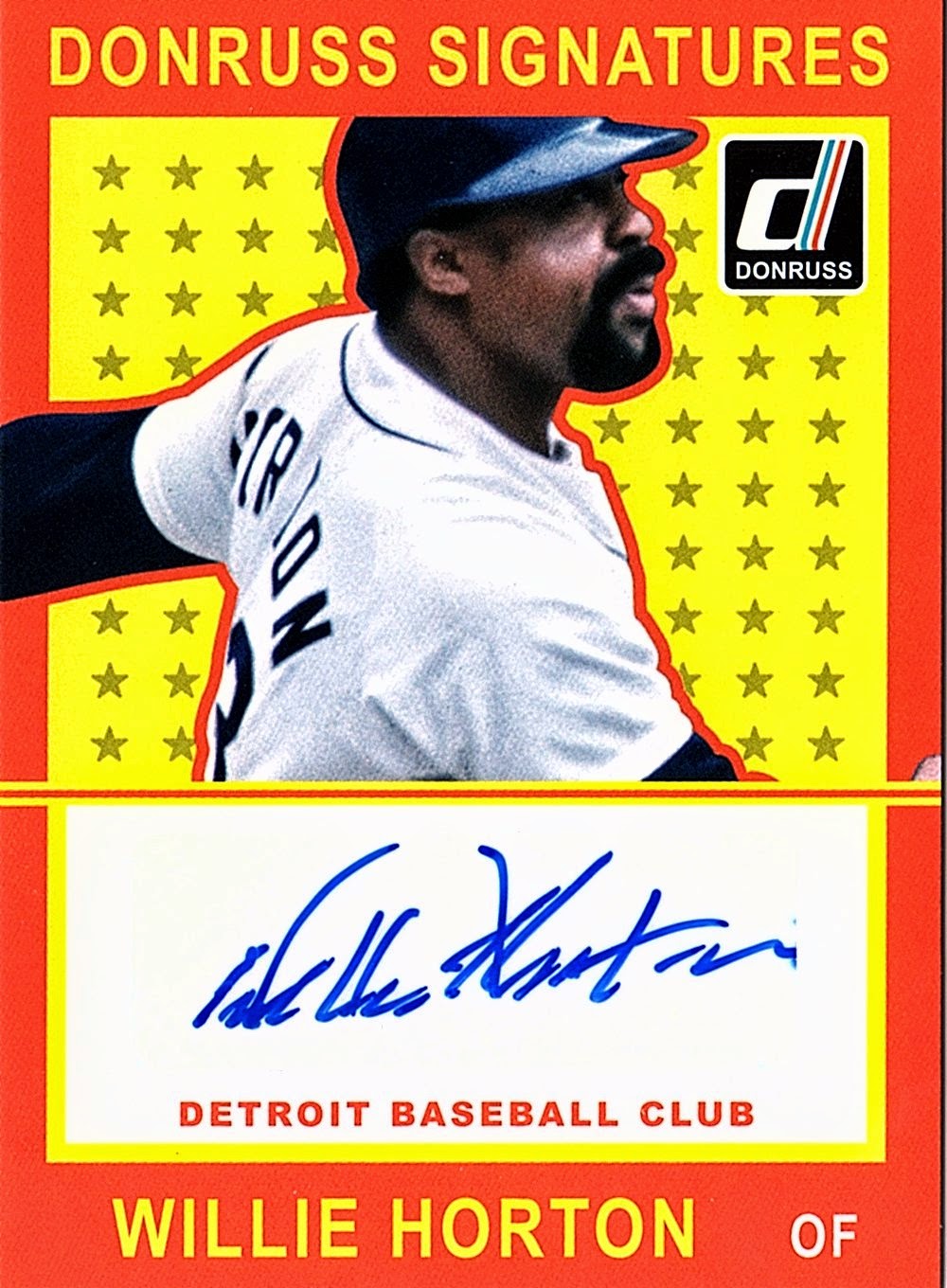 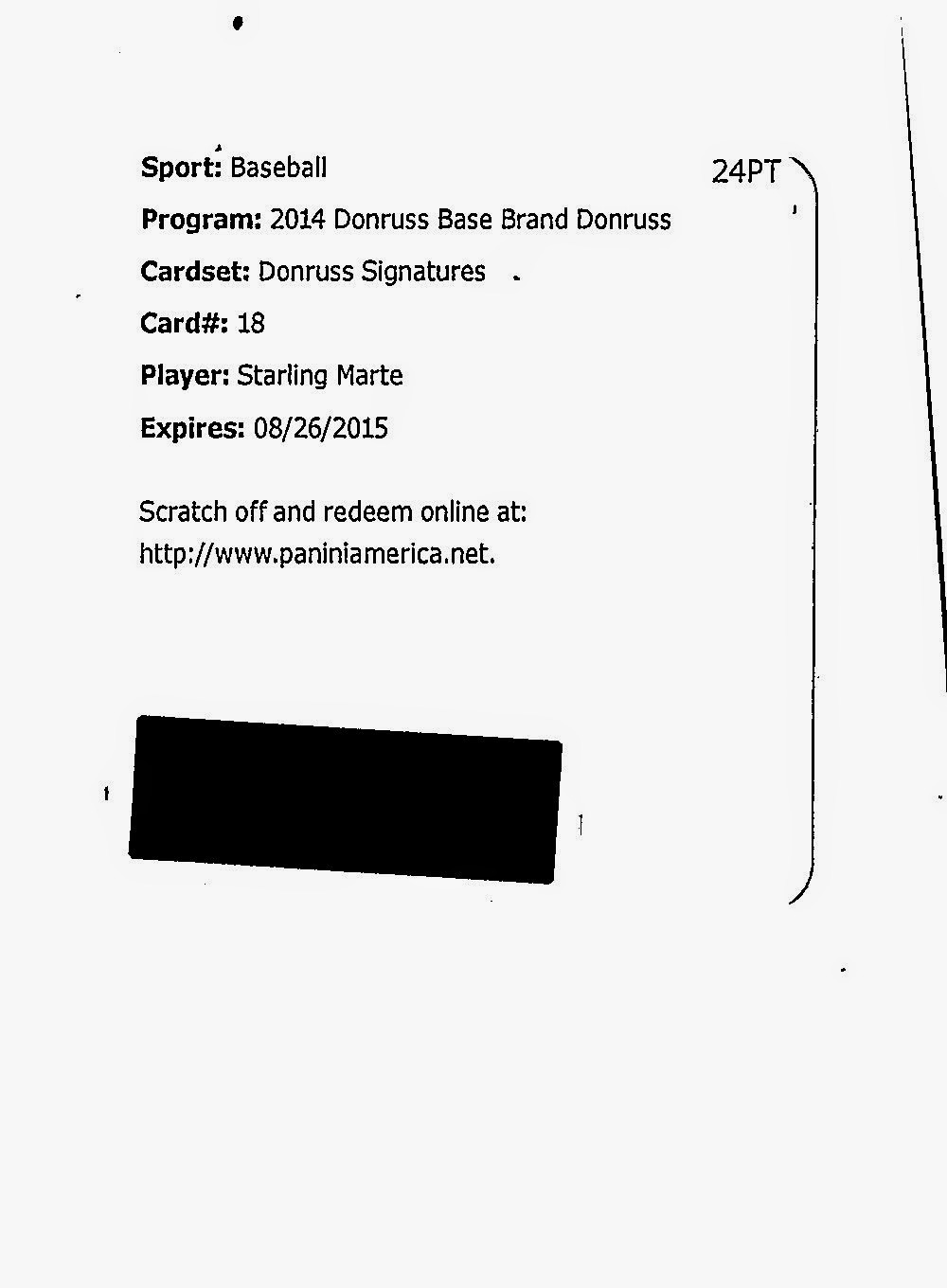 The checklist of autos in series 1 Donruss is a nice mix of young and old. Retired players such as Horton and Baylor was neat to pull. I'm on a hot streak pulling Taijuan Walker as my Topps Chrome box a few weeks back netted me a black refractor.  Of course my favorite auto was the Starling Marte redemption. I know he signed this card as I've already received one in the mail earlier this year. I may challenge myself and try and complete the entire auto set. 50 cards overall, but you don't have to worry about any huge names.

Overall for $36 Donruss is a fun break. The base set is very plain and uninspiring, but the inserts and autos make up for it. The set itself is tough to put together as well. The first 45 cards in the set are all short prints with 1-30 being the Diamond Kings and 31-45 the Rated Rookies. I've opened a lot of boxes and still don't have it complete. Also, Donruss got sneaky and added three cards to the end of the set via a wrapper redemption. I'm sending in a ton of wrappers to see if I can get multiples of each card. The players were Tanaka, Abreu and Ventura from the Royals.

Thanks for reading!
Posted by BobWalkthePlank at 9:53 PM