Recently Brad from Brad's Blog showcased some cards he picked up at an area card show. One scan immediately got my attention as it featured several Pirate hits. Before I could even inquire about them they were at my door. This was an awesome continuation of a blind trade Brad and I have going. 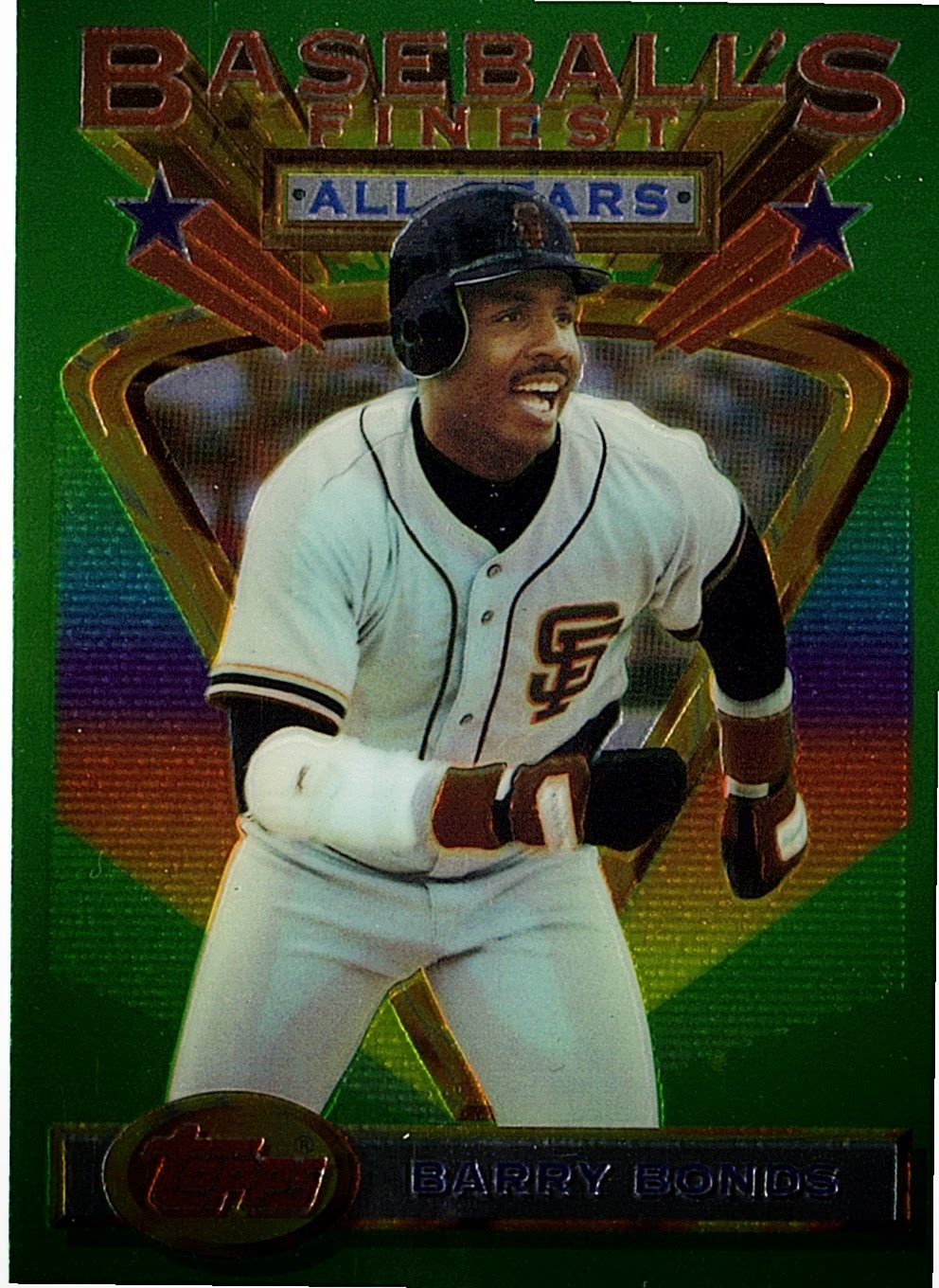 Hard to beat Finest. I don't like Bonds, but I think he should be in the Hall of Fame. This picture was early enough in his Giants career that he was still built like a normal human being. 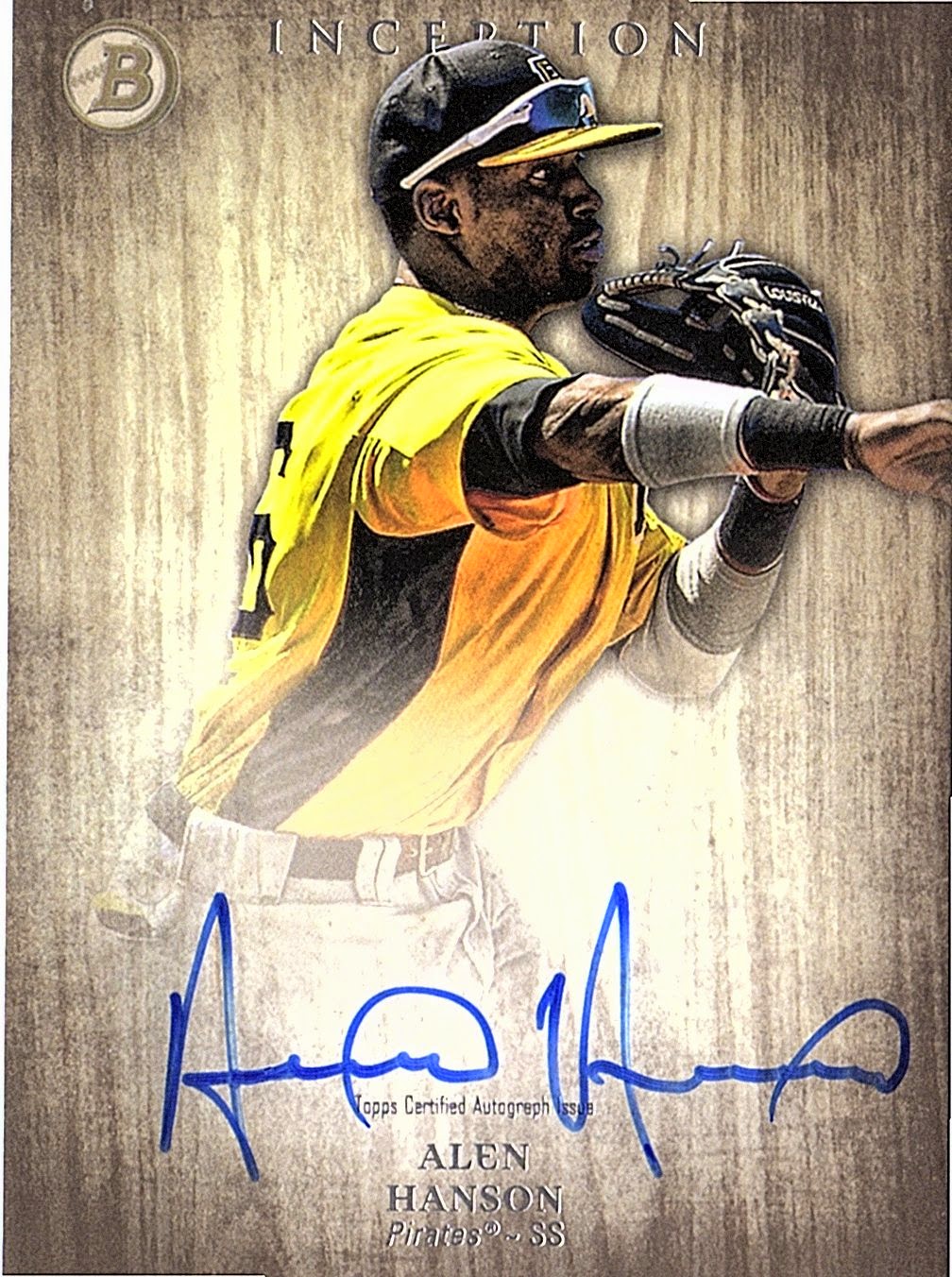 When Brad posted about this card he mentioned it was nice to purchase an Inception auto without buying the box. I couldn't agree more because I buy up Inception autos like crazy.  Anybody that follows my blog knows I went crazy picking up all the Polanco variations (some which included Hanson) this past year. Fun set! 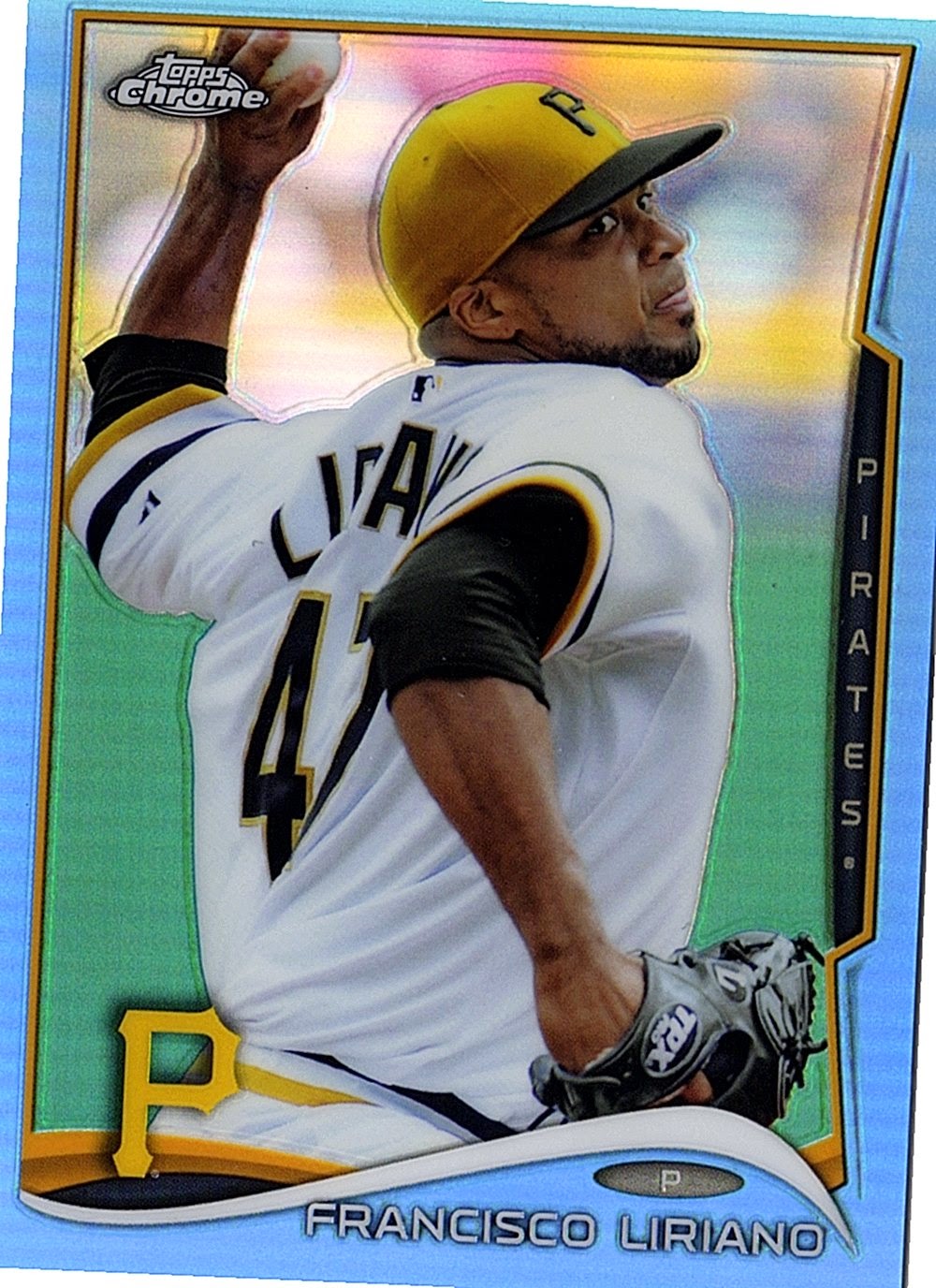 Blue parallels were hard to come by this year out of Chrome. Really digging the Liriano. The Pirates just recently resigned him to a three year deal for a very fair price. Maybe now he'll get an auto in a upcoming set. 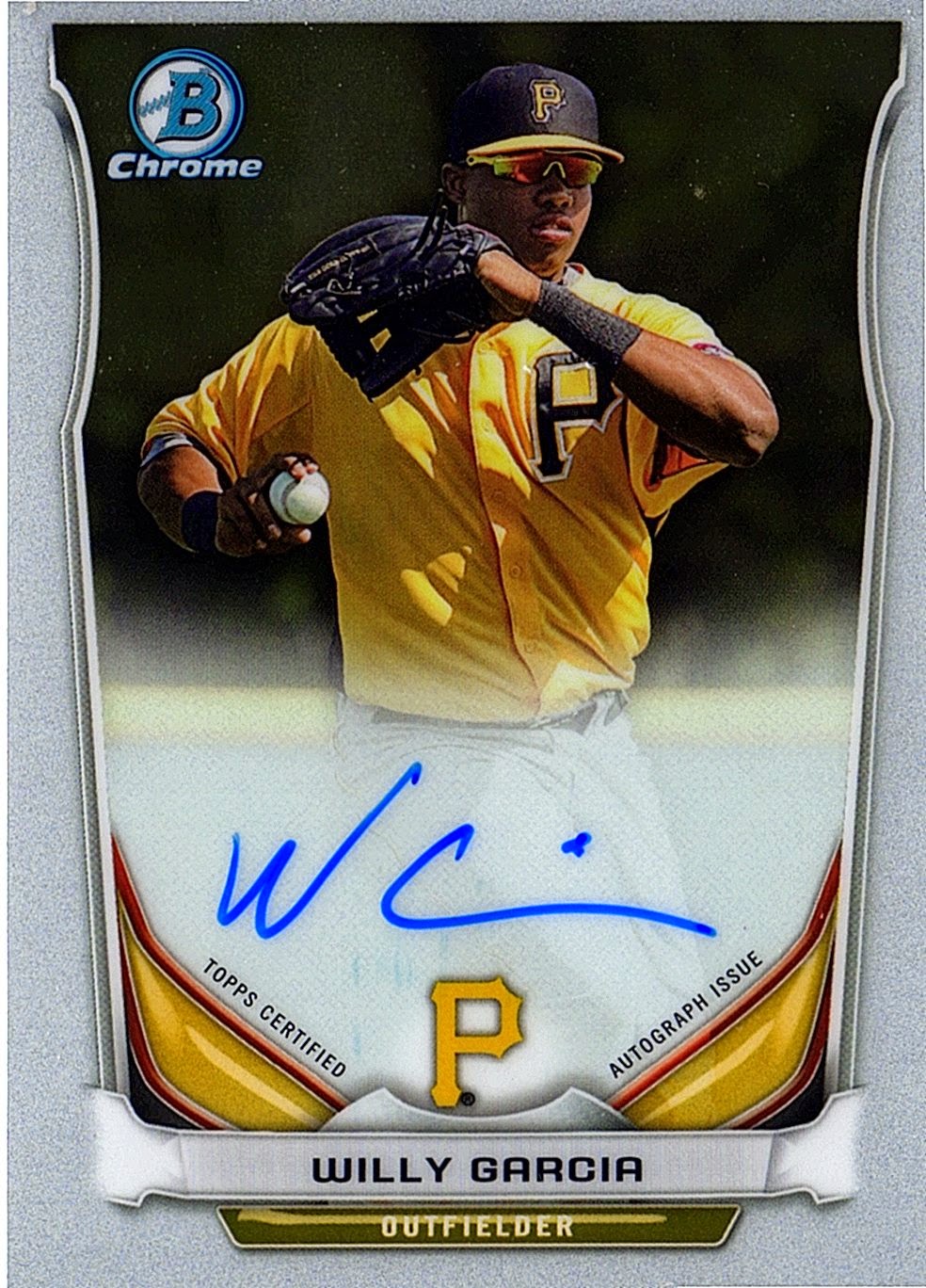 Willy Garcia was an international sign in 2010 that flew under the radar. The Pirates received a lot of publicity when they signed Luis Heredia that year, but Garcia is the one who continues to climb the system. The pirates liked him enough to protect him this year from the Rule 5 draft. He figures to be a starting outfielder in AAA this year. I guess the only bad thing you can say about him right now is that his auto leaves something to be desired. 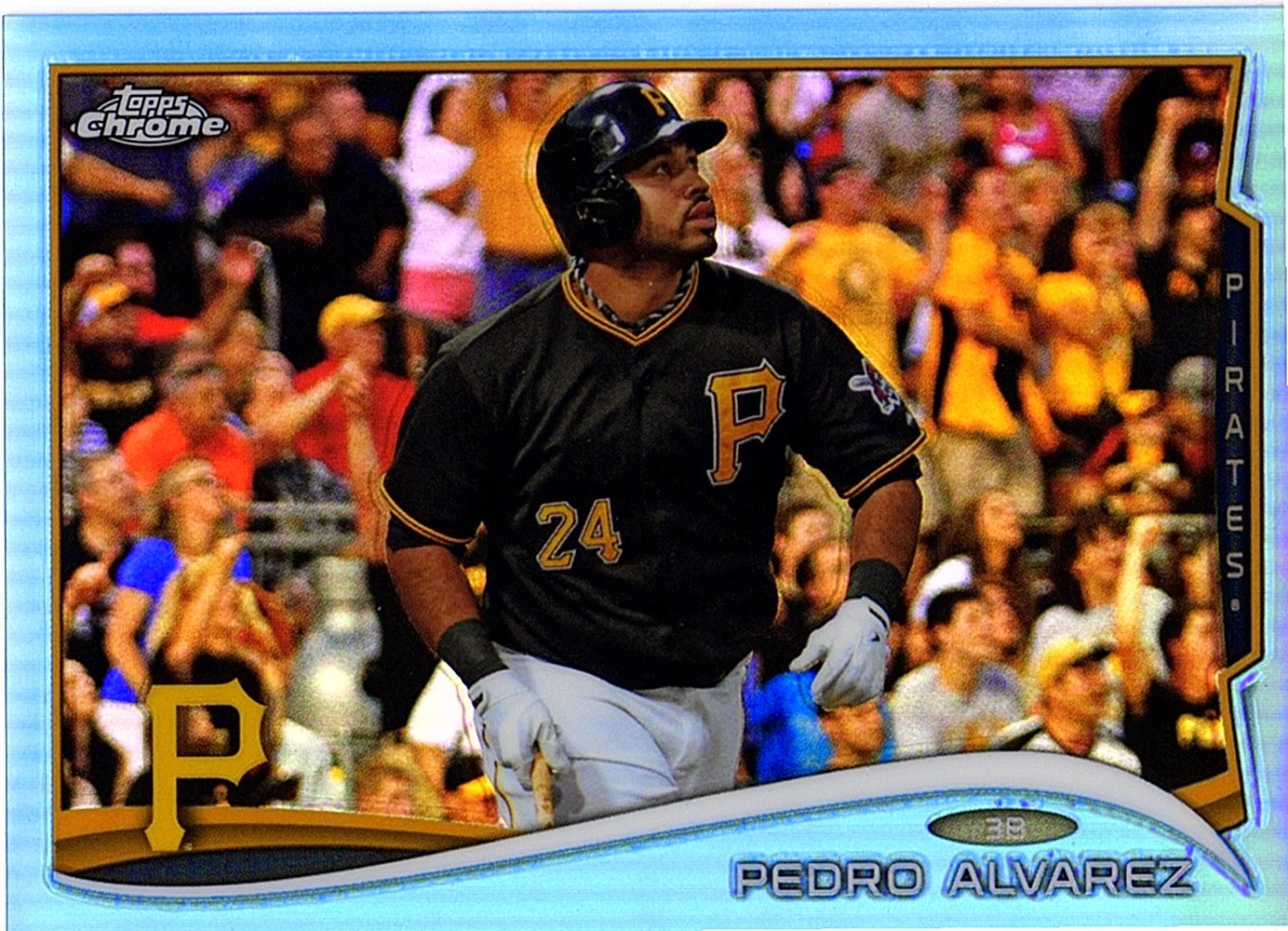 Another awesome blue parallel. Pedro Alvarez looks to receive the bulk of playing time at first this year. The Pirates just signed Corey Hart in case Alvarez falters against lefties but all signs show that the Pirates are giving him most of the at bats.

As always Brad you find great cards to send my way. I'll be sending more your way soon so we can continue our trading into the new year.