Julie from A Cracked Bat has been a trading machine lately. It seems like every other day I see a trade post featuring cards she sprinkled around the blogs. This time around I was the lucky recipient of a huge stack of Pirates. The pictures only cover a small portion as I received two large teams bags featuring some Pirate goodness.  Here were my favorites! 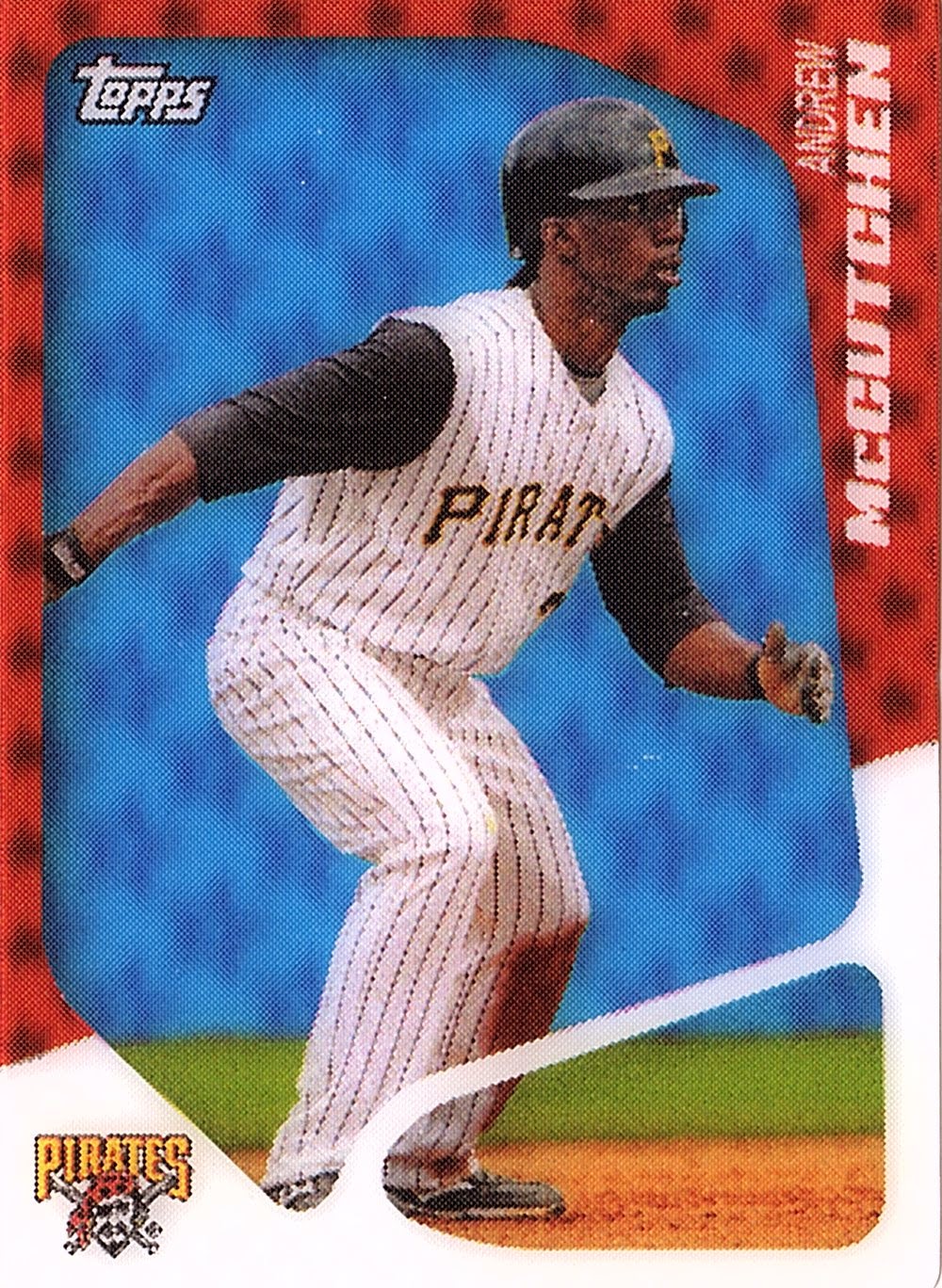 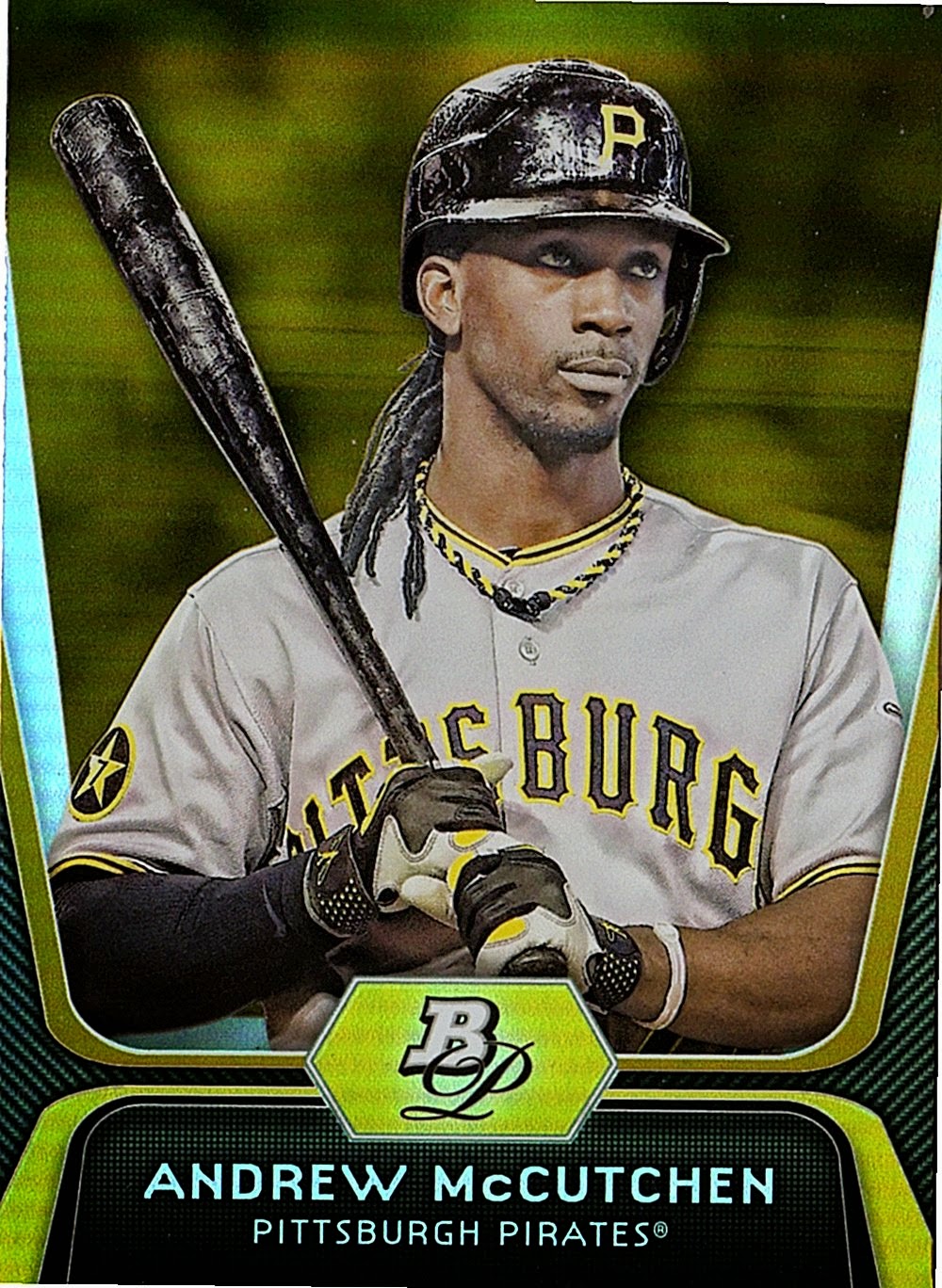 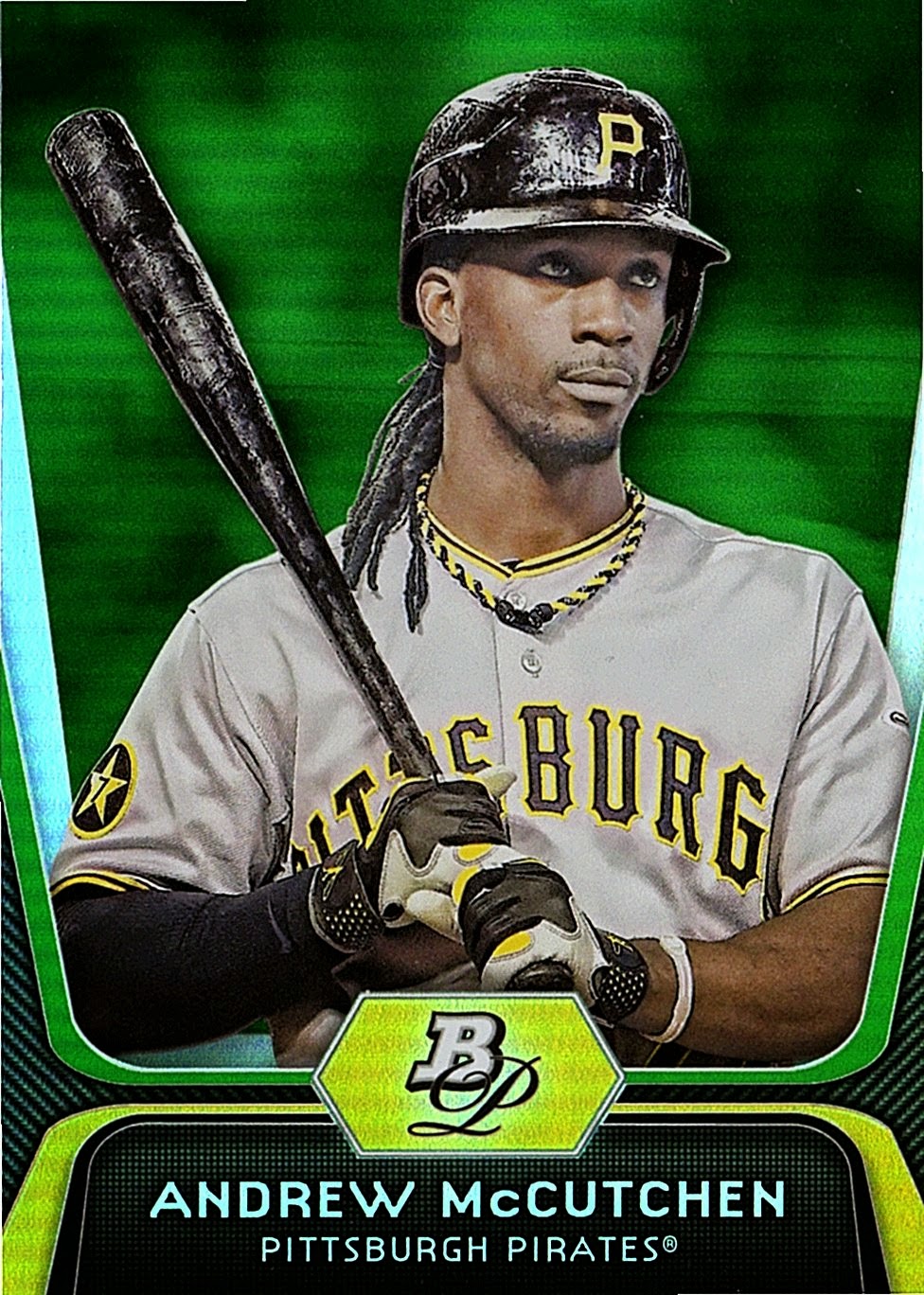 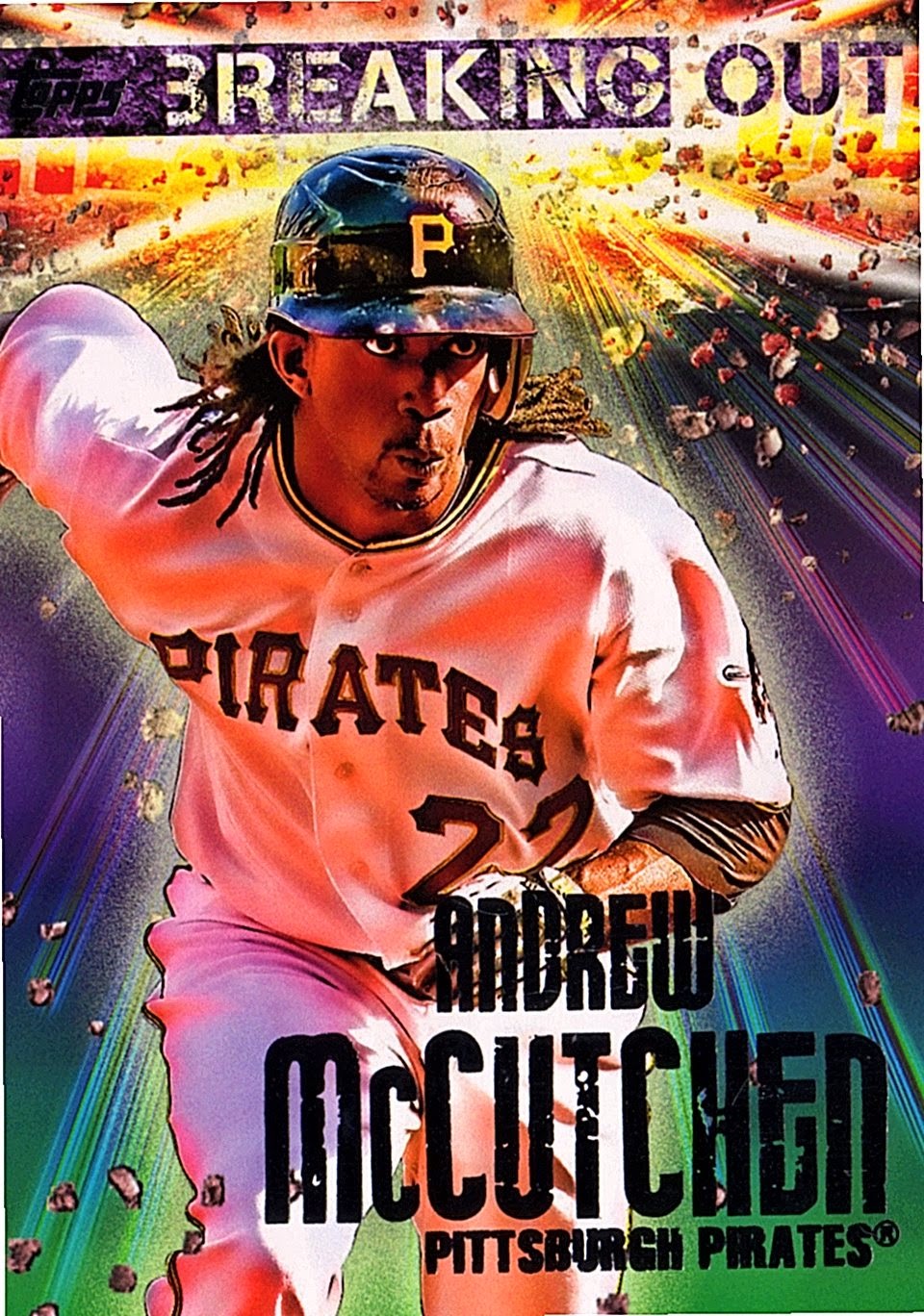 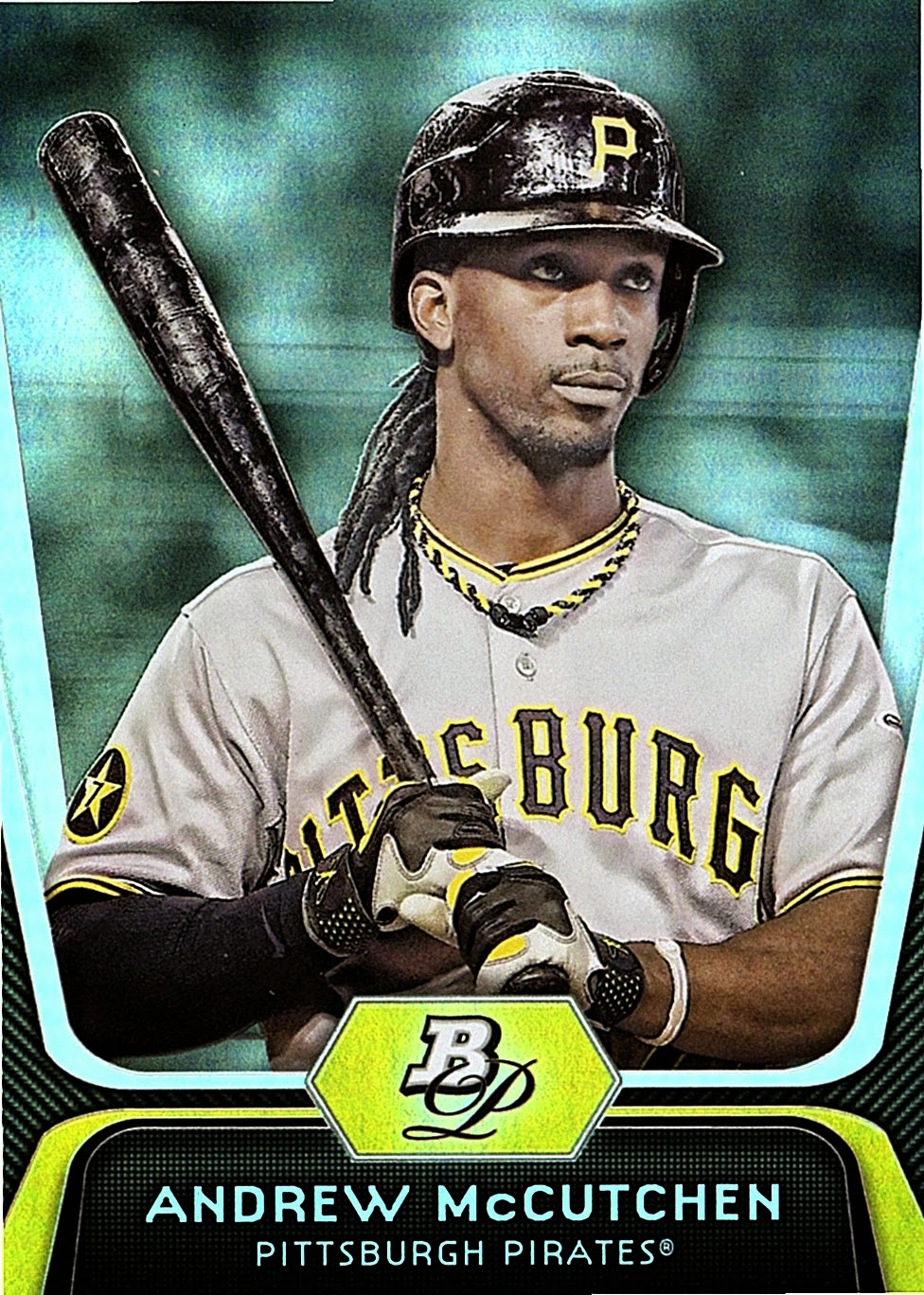 While its hard to tell the three Bowman Platinum Cutch cards are all different parallels (gold, green and platinum). I've never opened any Platinum, but I've cherry picked a lot of the cards from the set off eBay. A great mix of Cutch cards!

A little bit of everything here. Pops! Big and Little Poison! Plus an Enrique Romo card in which Julie pointed out has a striking resemblance to an actual Pirate. 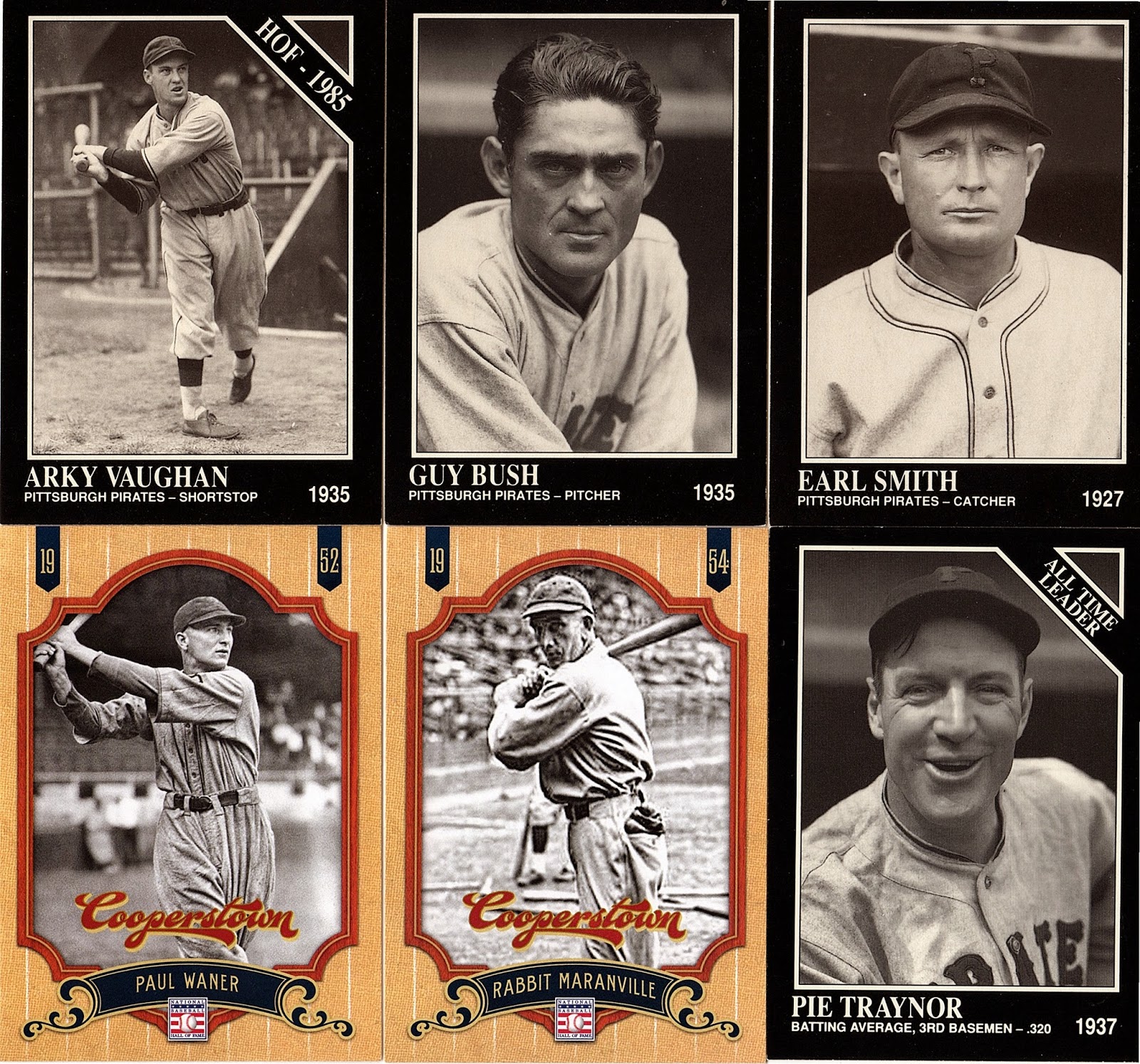 Lots of out of context possibilities with Guy Bush......How cool of a name is Rabbit Maranville. Old timey nicknames are the best. 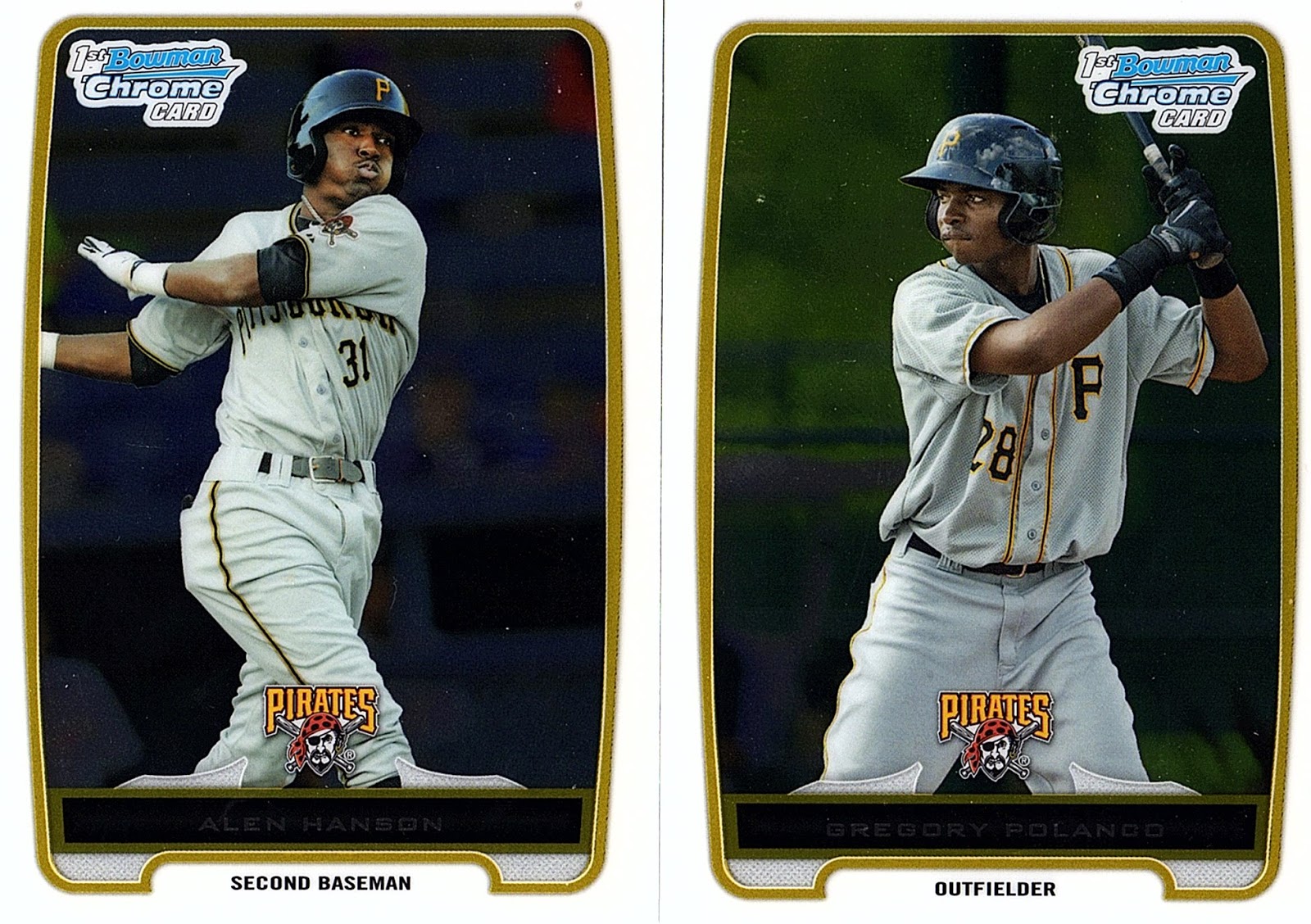 Another Polanco rookie added to my collection. 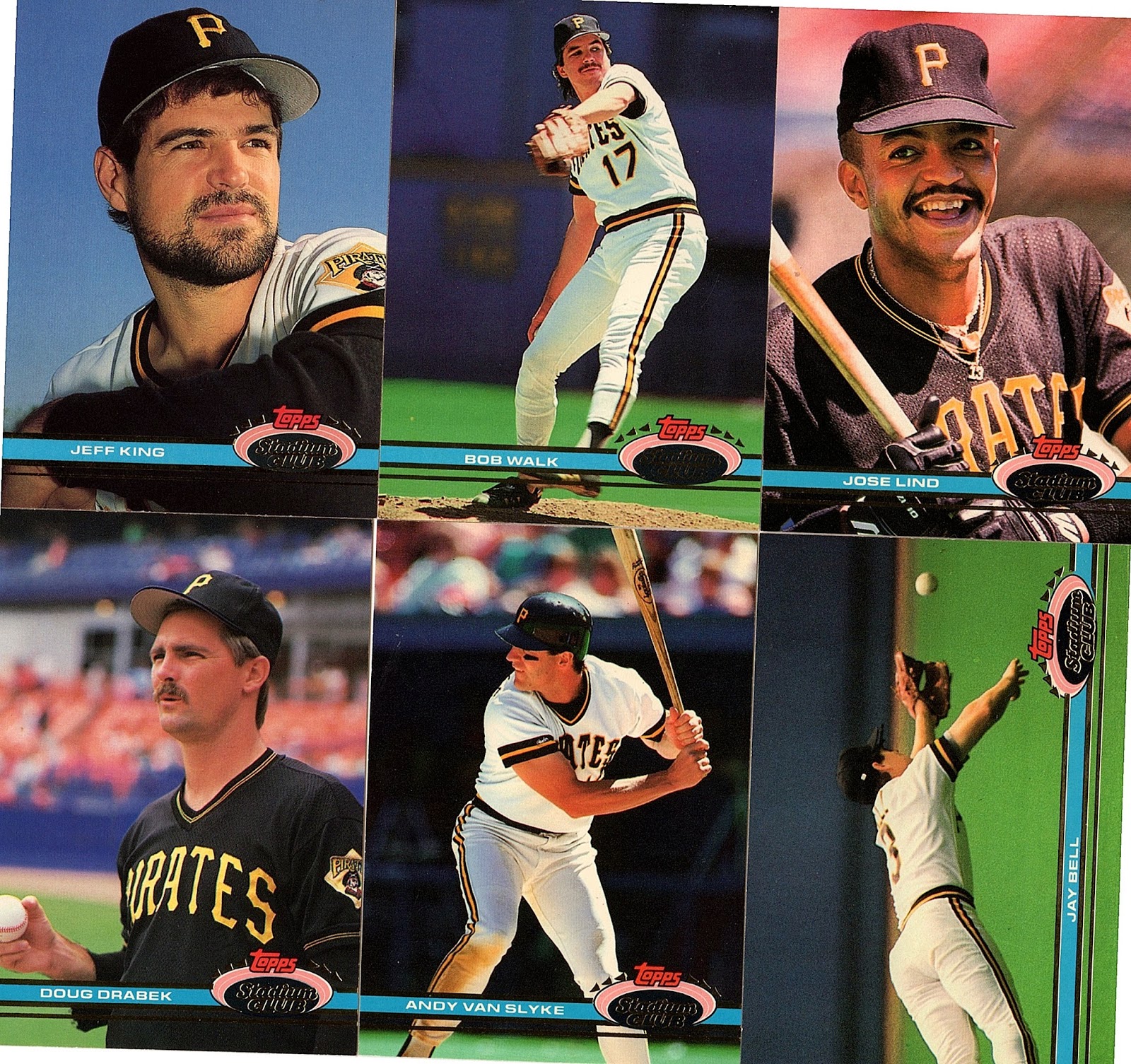 Ugh...drunk scan. I've received a lot of Pirate Stadium Club cards, but I never get tired of showing them and looking at them. Take note of Bob Walk getting ready to unleash 130 mph heat aided by the flowing black mullet. 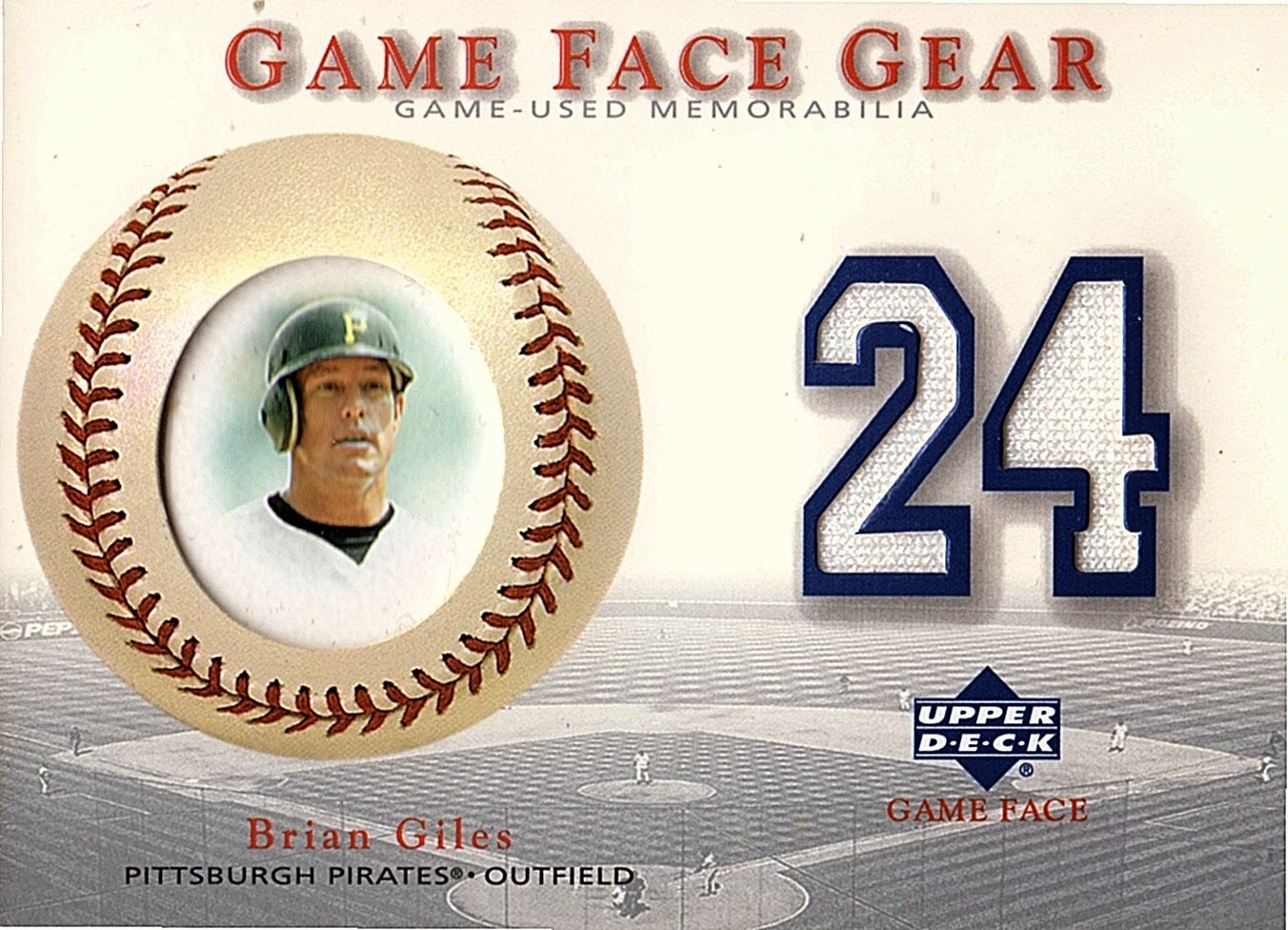 Last but not least a nice jersey card of former Bucco Brian Giles.

Thanks for all the great cards Julie. I'll be rounding up more Tigers for you in the near future. By the way I'm still drooling over the Kiner triple relic. I need that bib you mentioned. I was like Homer Simpson with a donut when I saw that card. 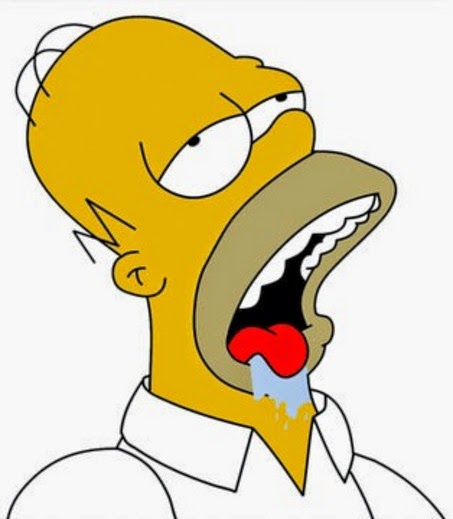 Posted by BobWalkthePlank at 9:58 PM

Email ThisBlogThis!Share to TwitterShare to FacebookShare to Pinterest
Labels: a cracked bat, trade