I got back late last night from my trip to Houston. While I didn't get to do nearly as much stuff as I would have liked it was still and enjoyable trip. Shout out to Sam from the Daily Dimwit for the restaurant recommendations.

Jim from GCRL and I have an ongoing blind trade. Right before I left for Houston I received the next installment. Like last time Jim threw in a bunch of Buccos spanning all years. It was significant size stack so this is just a preview of some of my favorites. 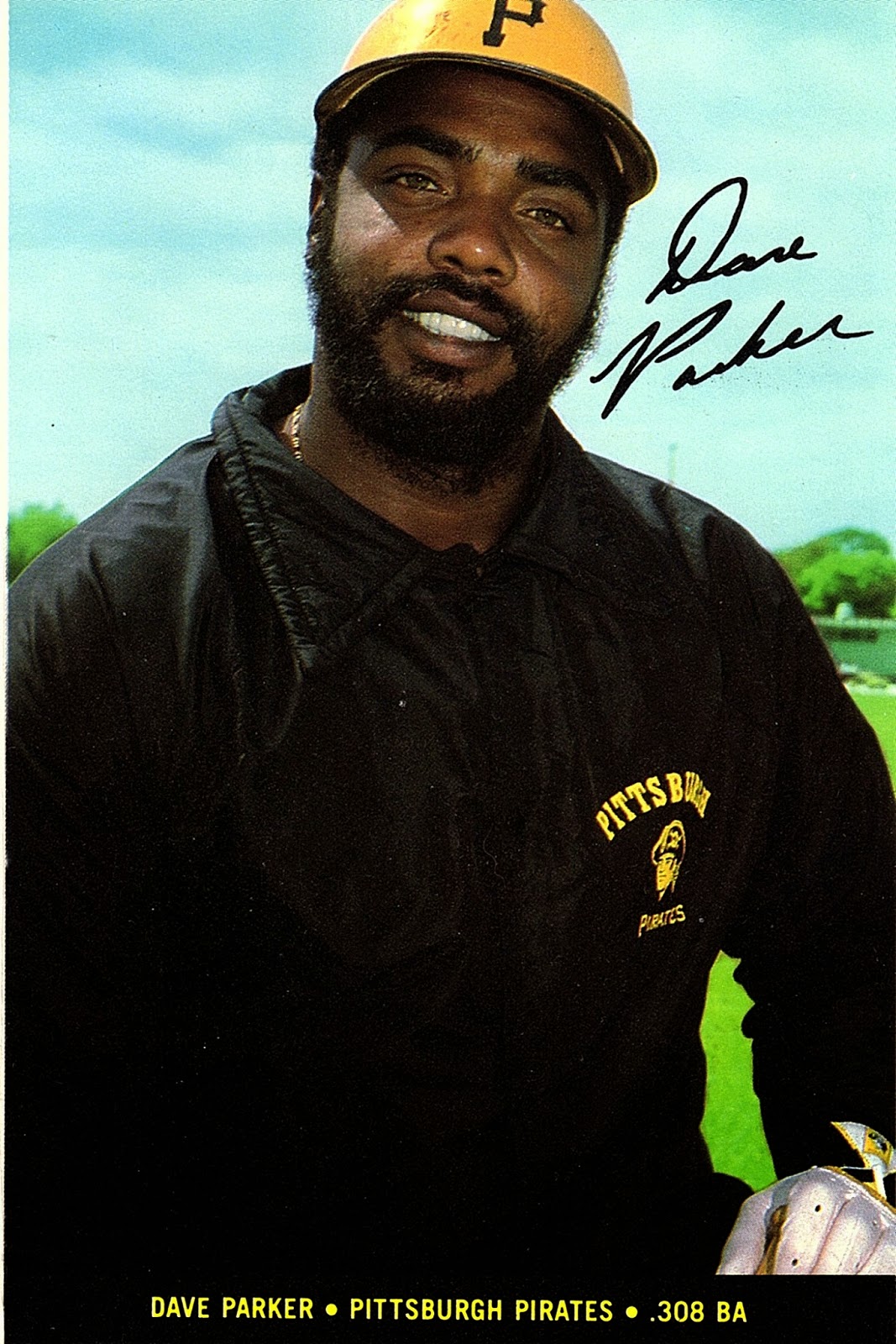 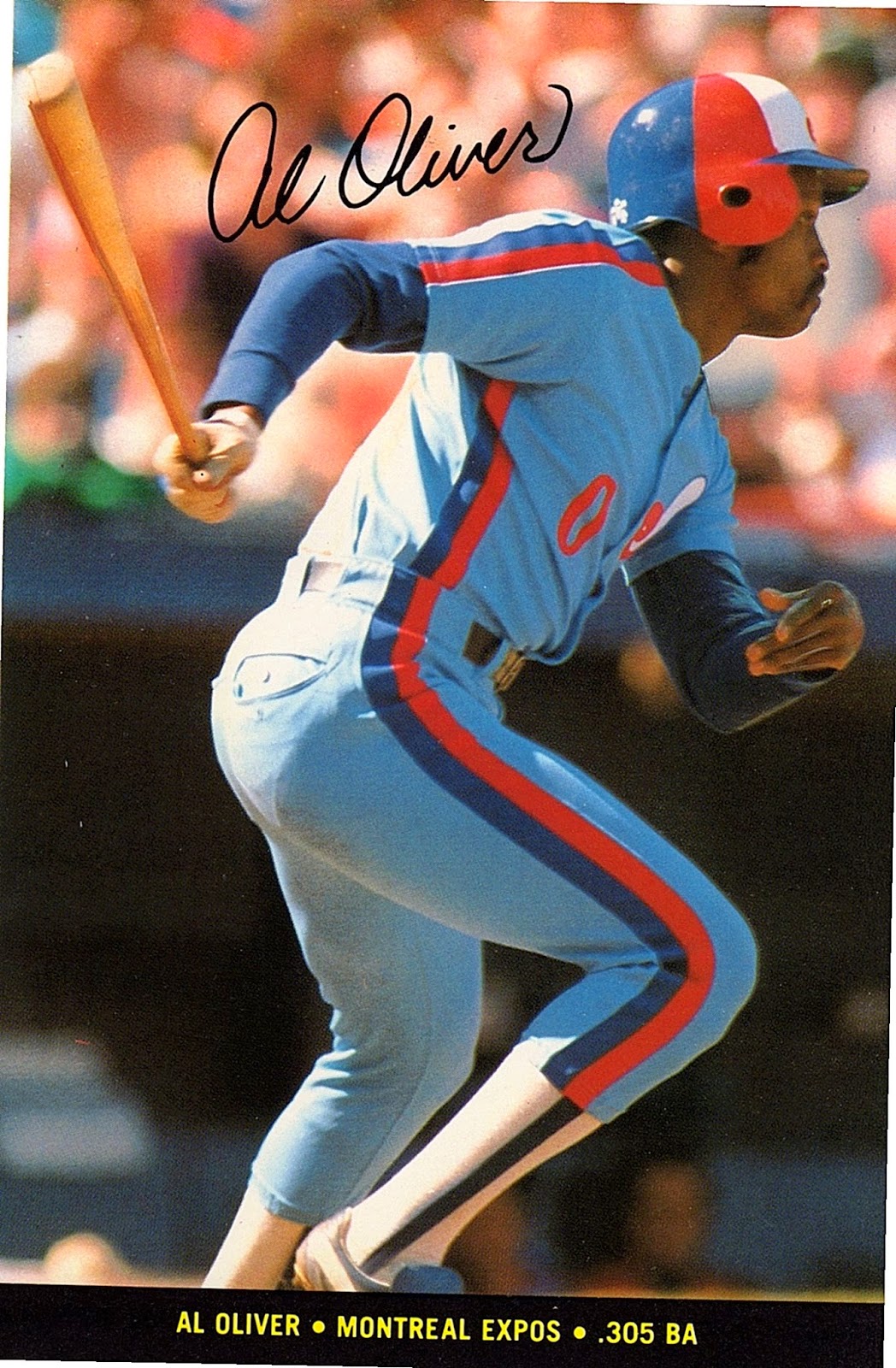 Weird seeing Al Oliver in the Expos uniform. This was a two sided card, so it was neat to see two all time great Buccos on it. 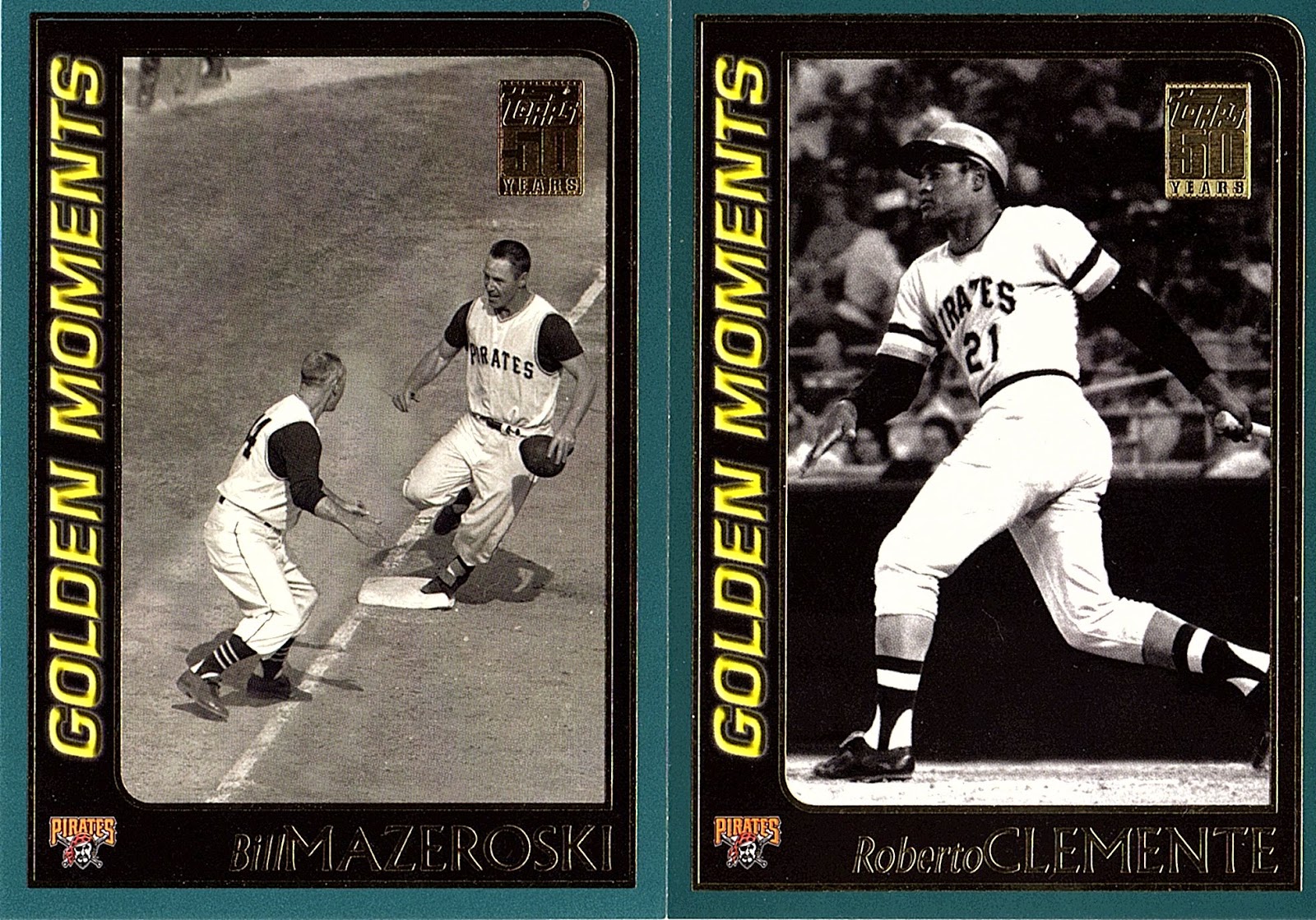 The shot of Maz rounding the bases after his game 7 homer against the Yankees is timeless. Love the Golden Moments card.

I miss the Sports Illustrated set. It was a nice affordable option. I still cringe to this day when I think of Aramis Ramirez and the trade that sent him to the Cubs. It was arguably the worst move in franchise history.

Shiny cards of three former Buccos. Bryan Morris was traded to the Marlins early last season and flourished in his role. Joel Hanrahan was a fan favorite in his time with the Buccos. I'm hoping he can come back from his arm injury and regain his value. 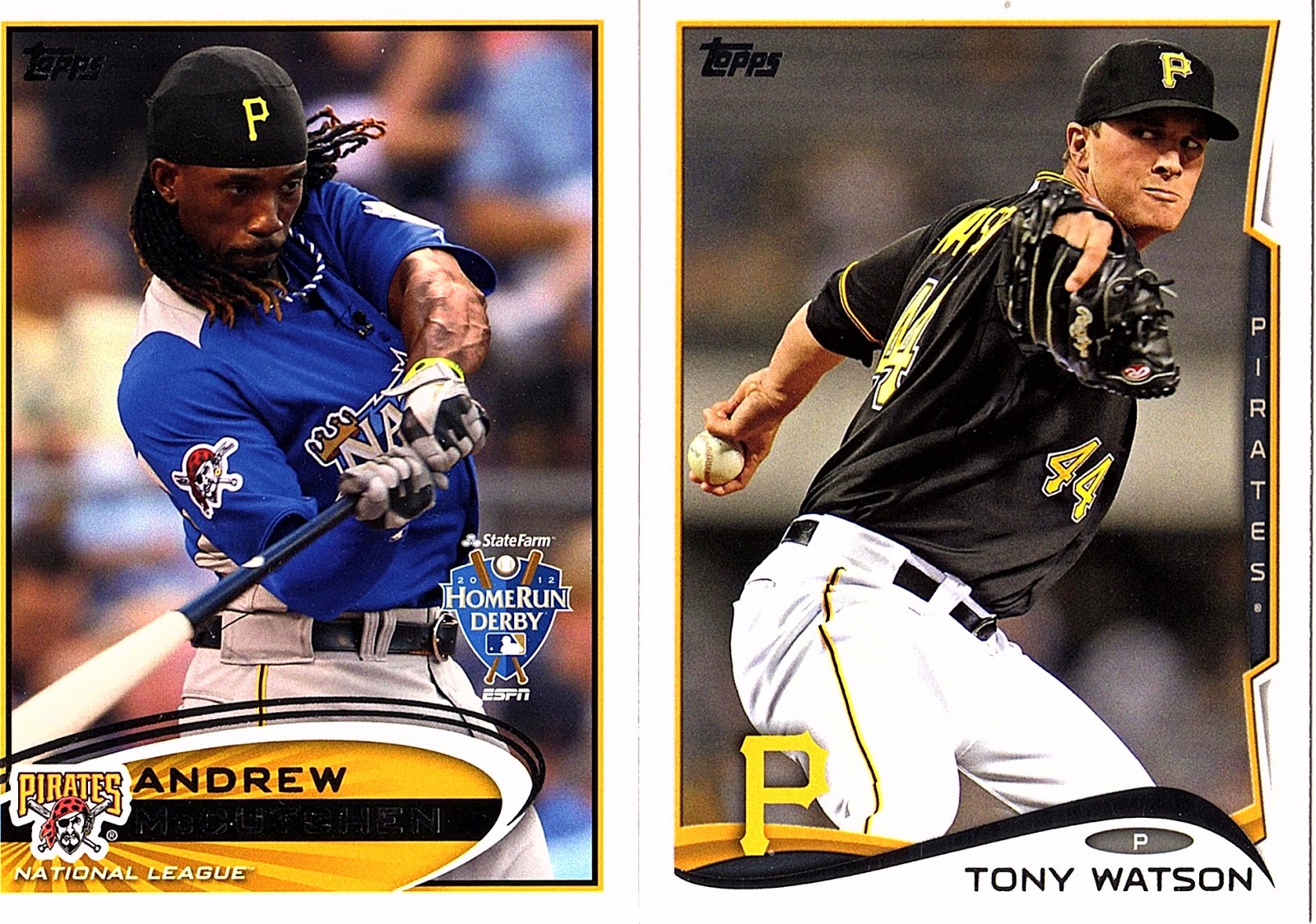 Tony Watson was an all star last season and a key component in the Pirates bullpen. He is also one of my favorite bullpen guys. Seems to have ice water in his veins.

Another shot from the famous Maz homerun. I really should go back and count how many Bob Walk's I've received since I started my blog. 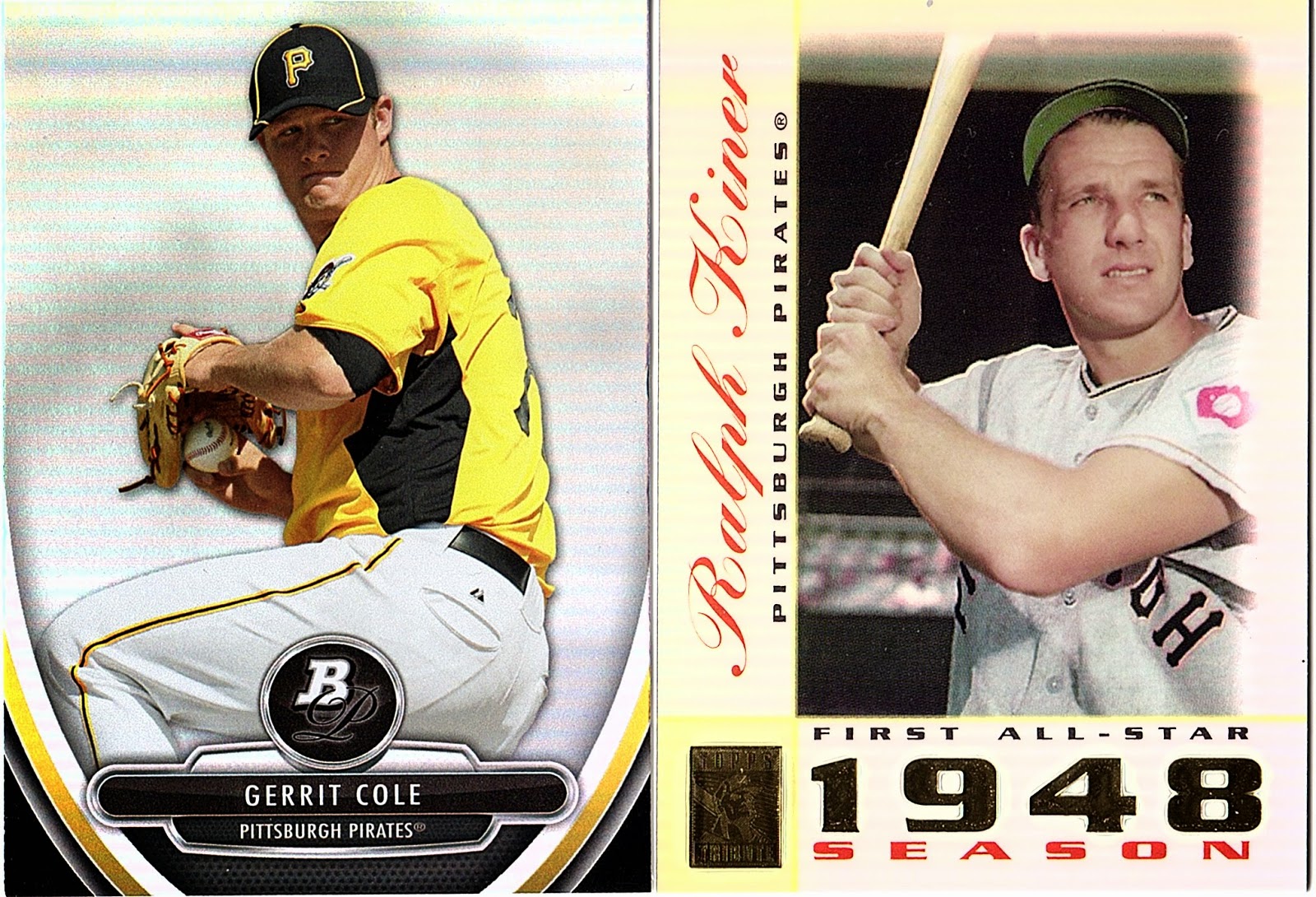 A lot of the Pirates success this year will be on Gerrit Cole's ability to stay healthy and become the ace he is capable of being. 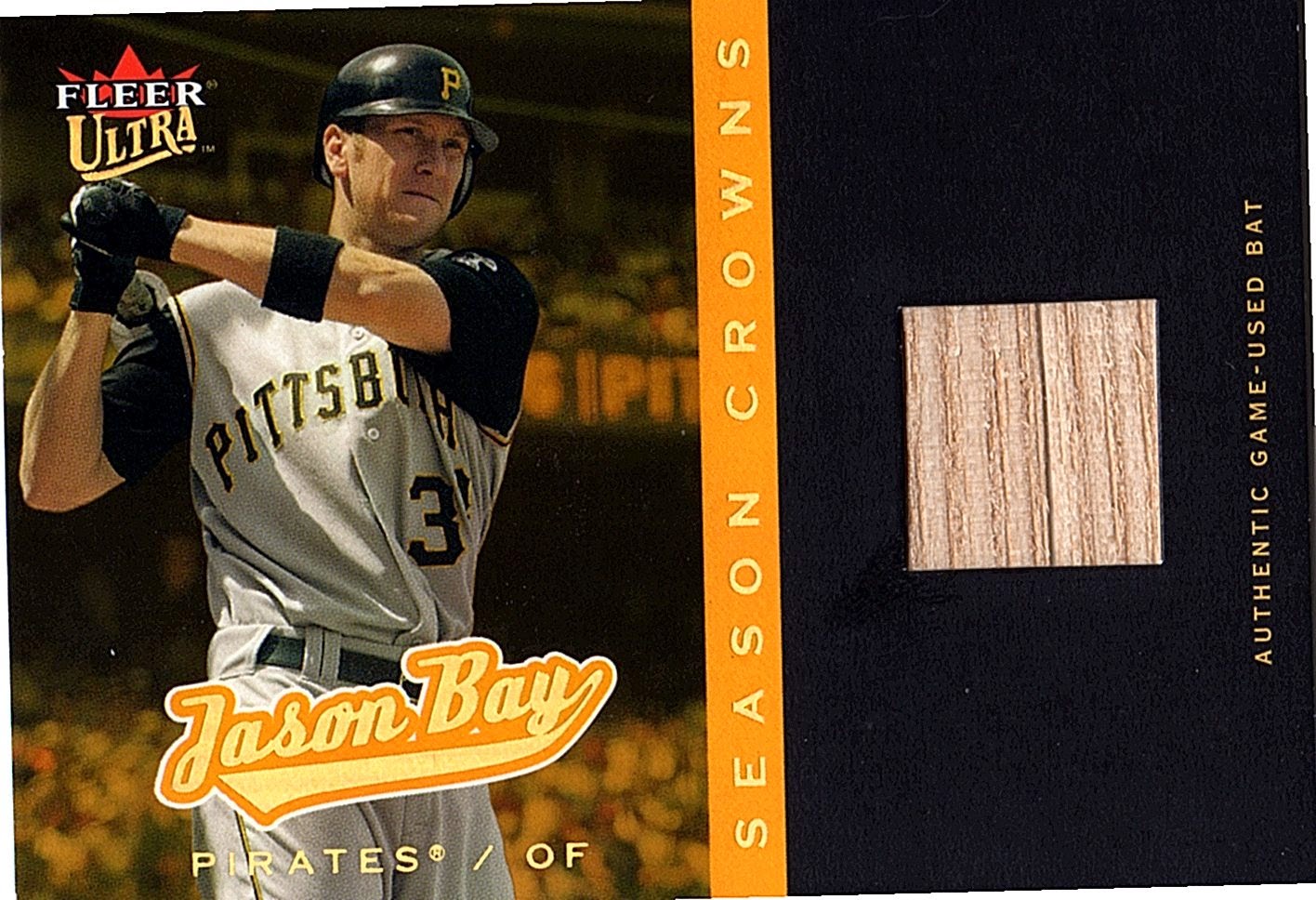 One of my favorites. I still actively search out Bay cards. 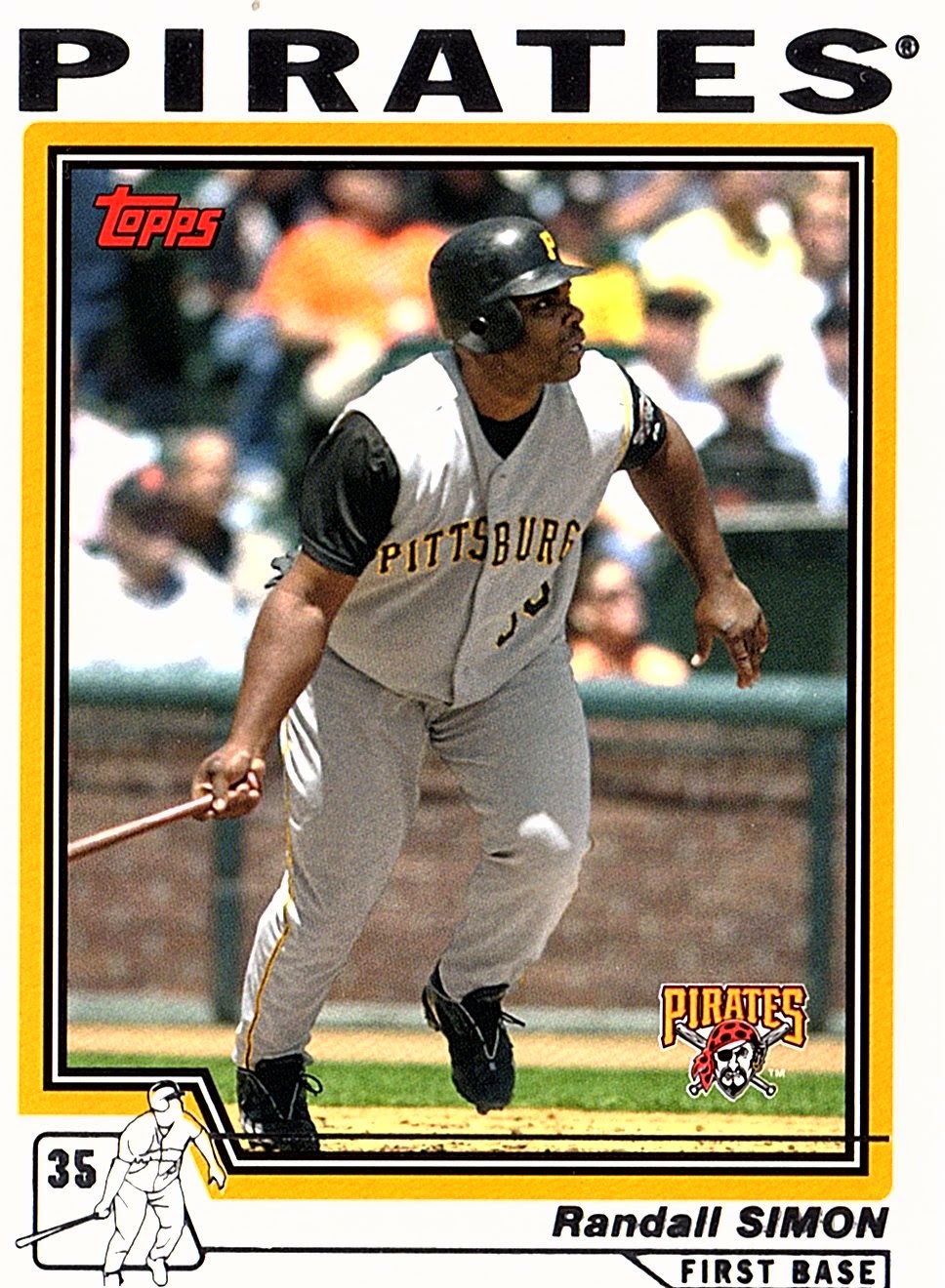 I chose to show this card last because he is the only player more famous for hitting a running sausage than a baseball. 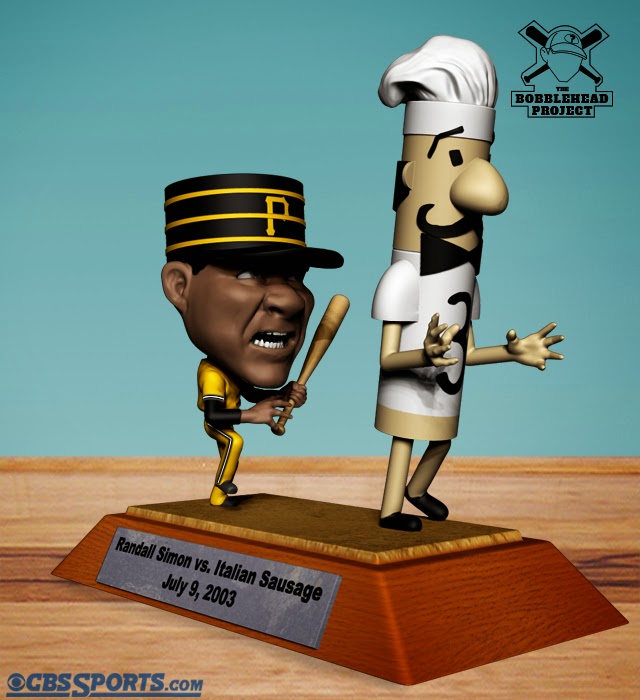 Man, I hope they make this someday....

Thanks for all the great cards Jim! Now it is my turn.

Thanks for reading.
Posted by BobWalkthePlank at 6:09 PM