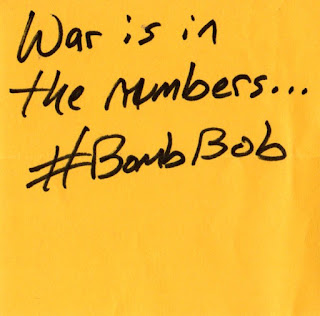 You have to love JBF.  He could have just bombed my mailbox and left it at that, but the man has style. This is the third envelope that I opened that  had a theme. This time around it is numbered football cards. 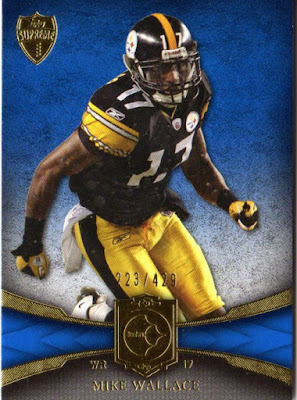 Wallace was a beast for the Steelers. He and Big Ben made a nice pair as Ben had the arm strength to his Wallace in stride on the vertical routes.  Mike has had some trouble finding his footing after he left Pittsburgh via free agency. 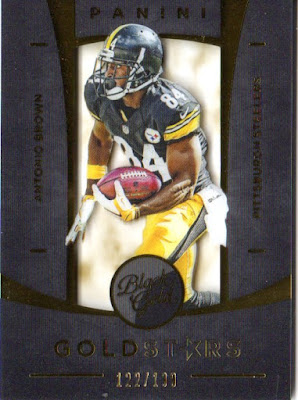 Who would have thought Antonio Brown would become such a huge star. The guy is an absolute beast.

I have never seen these Gold Star cards before.  They are super thick and have a silhouette look to them. 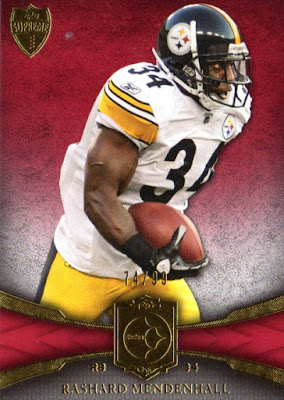 Mendenhall showed some promise with 1000 yard season in 2009 and 10, but the Steelers didn't think he was a long term answer. 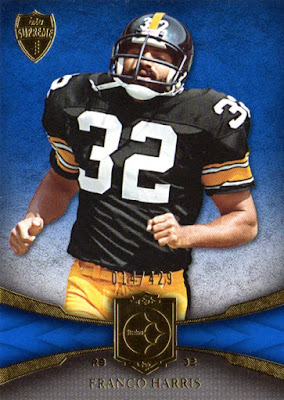 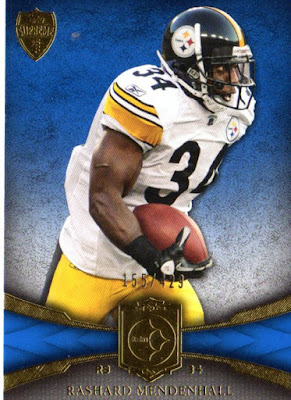 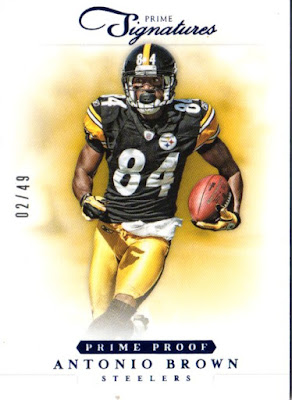 Prime Signatures is one of my favorite football sets.  Sometimes less is more. This was my favorite card of the bunch and a super cool low numbered parallel.

I don't know how you do it my friend.  You are a cardboard factory.  I've been contemplating my return.  So many choices.....

Posted by BobWalkthePlank at 10:04 PM