One of my favorite things in the world is spending the day at PNC park.  An ongoing joke in my house is that my wife will never make me as happy as going to a baseball game and I can never compete with a good piece of chocolate.  Baseball and chocolate were part of our lives long before we ever met.

With this in mind my wife decided to surprise me with Lexus Club tickets as an early birthday present.  The Lexus Club is an all inclusive ticket (minus alcohol, but I decided to include it!) with seating right behind home plate.  It is something I've always wanted to do, but carries a high financial commitment. It is a much easier decision when someone buys them for you!  The tickets came with one condition, I had to take her.  After hours of deliberating the pros and cons I decided that it was still worth it.  I kid, I kid...I was super excited to finally get to have this experience. 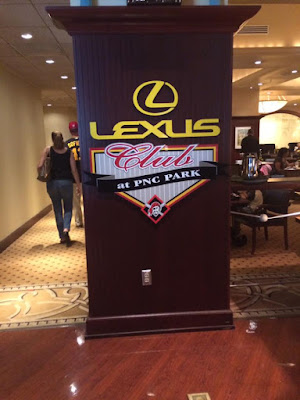 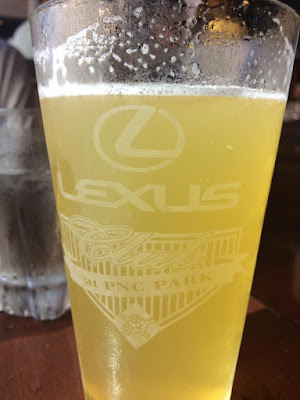 I probably should have stolen a glass. 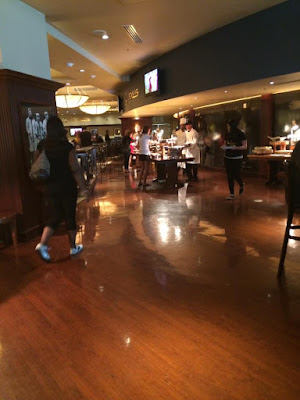 The formal dining area is huge.  Since this was an afternoon game it was a brunch buffet.  I don't think I've ever had a meal with so much protein.  I have no shame. 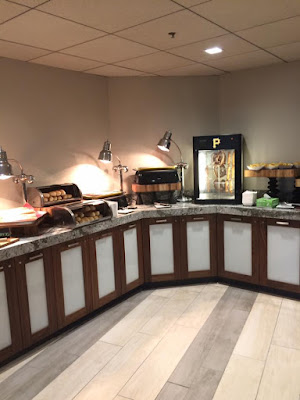 After dinner you go upstairs to another lobby area.  This area has all your normal ballgame food like hot dogs, pretzels and nachos.  A full service bar was right next to this area.  I need to get that Pirate Pretzel holder for my basement. 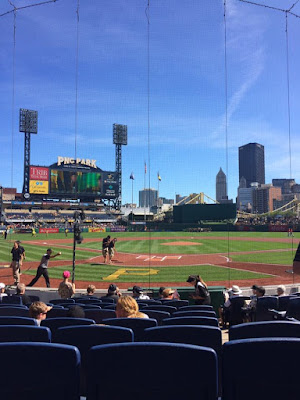 This was the view from our seats.  It was absolutely perfect weather. 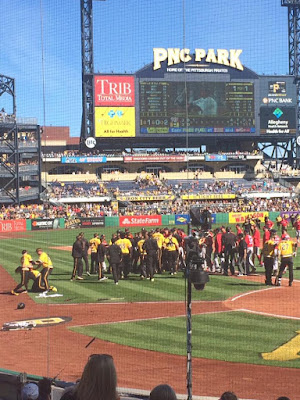 The Nationals got super pissy at Jung Ho Kang for pretending to catch a ball at third which induced a Bryce Harper slide.  During the slide Harper hurt his hand and would later leave the game. Dusty Baker was shouting at the Pirates bench after checking on Harper.  I guess I didn't really see the big issue as this done all the time at second base. Dusty is a big unwritten rule guy.

When Jung Ho Kang came up to bat the Nats pitcher threw one over his head. The umpire immediately threw him out and the benches cleared.  For the most part it was a stupid baseball fight except for Sean Rodriguez (on the ground on the far left of the picture) had to be held back. 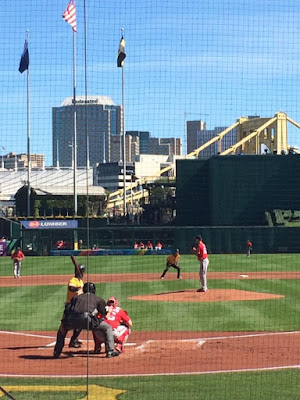 Cutch at the plate. 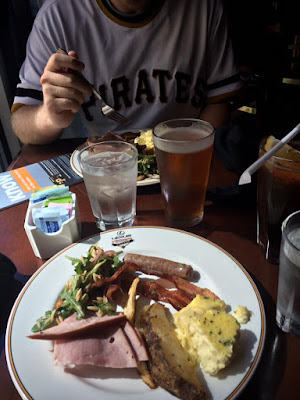 A picture of the pregame meal.  Should have stolen a plate too.

Here are some pictures that I got on my phone.  They will be much worse than the ones above. 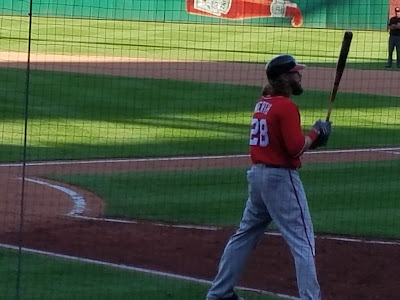 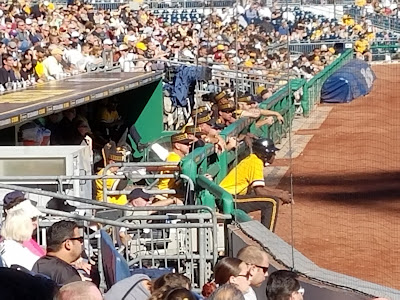 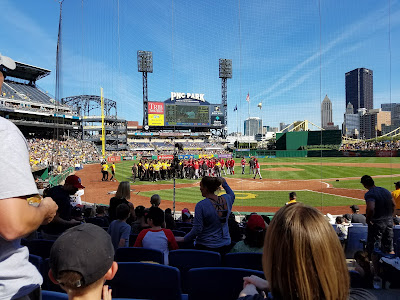 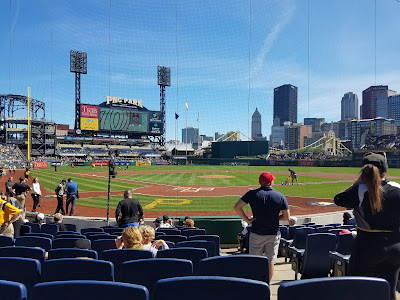 The Pirates went on to lose the game, but it didn't really matter.  This was all about the experience. I hope the opportunity comes up again soon.