When you can't sleep what better way to spend your time then looking up stats! Last night I was playing around on Fangraphs and was looking at historical numbers for the Pirates.  This time I ran a report that gave the all time highest wRC+ (weighted runs created plus) in Pirates history.

Basically wRC+ is a context neutral catch all type of offensive measuring stick.  If you have a wRC+ of 100 that is considered league average.  Give the link above a click for the complete definiton.

Mike Trout is keeping some pretty good company! I'm guessing some guys like Willie Mays and Hank Greenberg would have easily cracked the top 10, but they played a few to many seasons.  The only active players in the top 30 are Trout, Votto (16th), Pujols (22nd) and Miggy (26th).  Just out of curiosity I wanted to see where Pujols would be if it was just his Cardinals years. Turns out he would be tied with Trout!

Giles being number 1 really surprise me.  Looking into the numbers you can really see why though. Giles had an obp of .426 during his Pirates tenure and played all his prime years with the Buccos! He also kept a low k rate (10%) for being a power hitter. If I had to guess before making the list I would have picked Kiner.

Several big names just missed the cut like Dave Parker (13th) and Clemente (16th).  Obviously Clemente's value goes up in all around statistics like WAR. 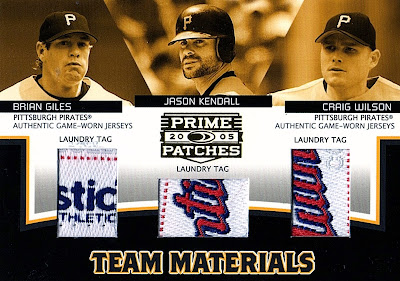 Hope everyone enjoys the long weekend!

Posted by BobWalkthePlank at 2:01 PM