Drink Break From the Pub

Hope everyone is enjoying all the sports today.  My interest in the NFL goes down quite a bit year by year.  I'm pretty much to the point where I just root for all the WVU guys. I root for the Steelers, but if they lose it really doesn't register for me. I find myself more excited if someone like Tavon Austin has a big day.  Baseball is a far superior sport anyway!

While I was gone this week my good pal Tony from Tony's Sports Pub hooked me up with a bunch of Pirates and Steelers. 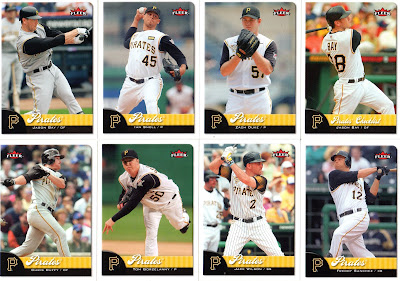 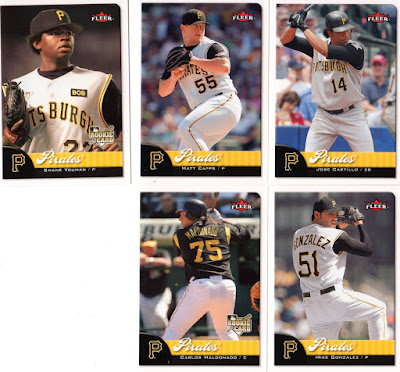 Some names that invoke great thoughts and cringes in this mix of 2007 Fleer.  Guys like Bay and Jack Wilson were loved by the fanbase, but guys like Jose Castillo and Ian Snell could not live up to potential. 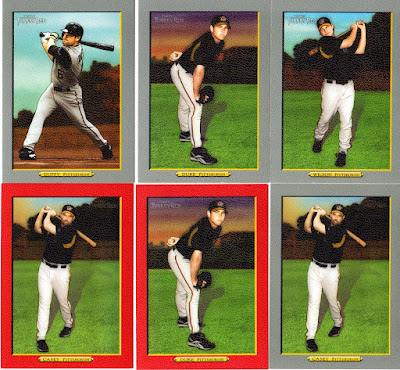 The Turkey Red cards are cool. 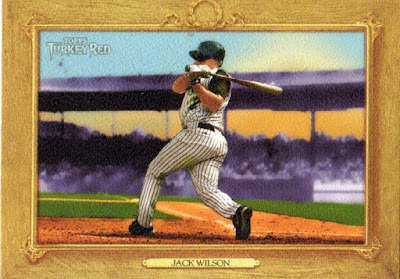 This was my favorite card of the entire bunch that Tony sent. 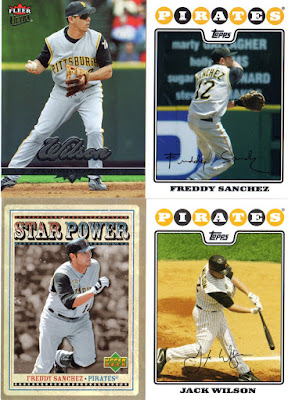 Freddy and Jack were mainstays in the Pirates lineup in the mid to late 2000's. Ultra is an underated set. 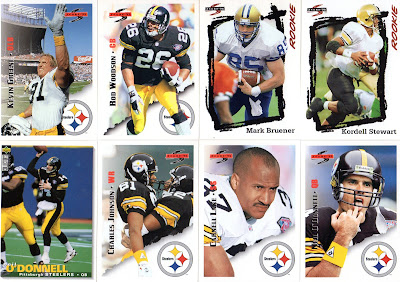 I barely have an Steelers cards from the mid 90's. This was a nice surprise.  The Kordell card showing him in his Colorado uniform is super cool. 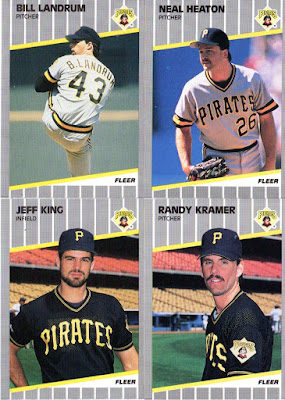 The mustache game is legit in these late 80's Fleer cards.

Michael Restovich had 92 plate appearances as a Bucco.  I know I watch too much baseball in that I even remember him! 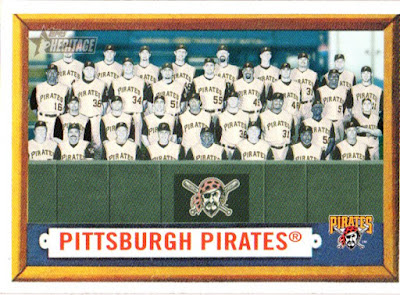 Heritage decided to make all the Pirates look like ghosts here. 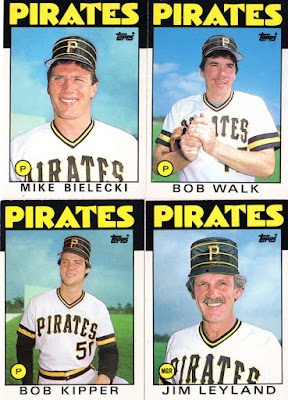 Finishing strong here. While the Leyland is a classic card it can easily be beat out in the awesome factor by the legend.

Thanks Tony for all the great cards. I'll hit you up again soon.  I need to reload on some trade bait.

Posted by BobWalkthePlank at 2:46 PM