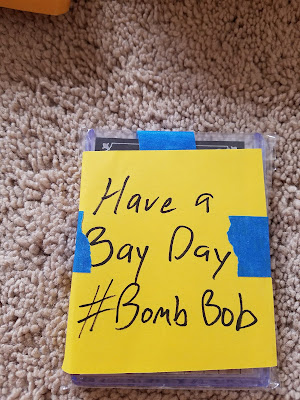 A late night post tonight as once a month I play poker with a bunch of my brothers friends.  It didn't go so well this time around, but I got to try a bunch of new beer and play ping pong. Not too shabby.

I'm going to have a big post from my recent mailing from JBF this weekend.  I've been cherry picking a few of my favorites the last couple of days.  That JBF is just so flashy!

Wes knows I have a weakness for Jason Bay.  He has sent me a ton of his cards over the past few years.  This time around he kept the overall number down, but the quality was through the roof. 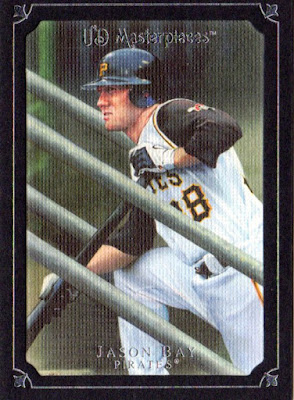 If you live canvas cards, UD Masterpieces is for you.  It would probably be in my top 3 base sets in the past 10-15 years. 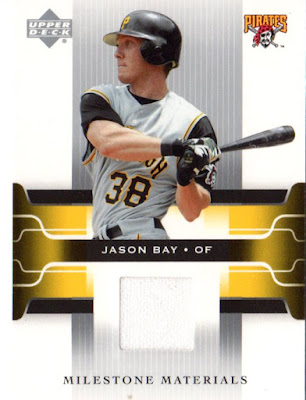 Bay played during peak relic time. He was the lone Pirate during his tenure to get love from just about every set. To this day I still find a handful of his cards that I had no idea existed. 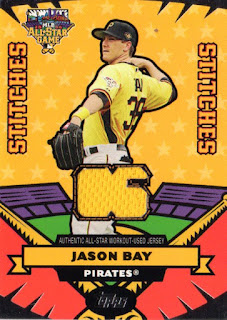 This relic is extra special because the All Star game was held in Pittsburgh.  I was in attendance the entire weekend.  One of the better sporting experiences in my life. 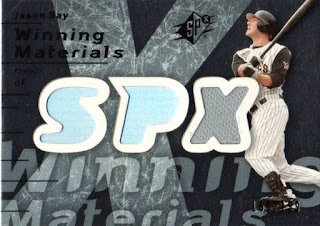 It would have been better if it said Bay. UD wasn't subtle with the brand acknowledgement.

You know my weaknesses JBF. So far I've shown shiny cards and Bay cards.  I have soooooo much more to talk about. These were just the tip of the iceberg of awesomeness.  Thanks again my friend.  War is fun!

Posted by BobWalkthePlank at 11:09 PM