The Rest of the Hoyling

I've mentioned a few times on the blog and Twitter about the cards Mark Hoyle gave me in person, but this time I wanted to make sure to fully acknowledge them with a trade post.  I've been trading with Mark for a couple of years now and his generosity knows no bounds. The guy is top notch.

We had a good laugh because Mark told me I've probably given him most of the relics he owns and I told him he has single handedly gave me a respectable vintage collection.  Our collecting styles make for easy blind trades with each other. 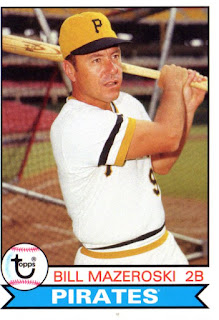 First was a new card that celebrates an old.  Great looking card.  I've been frustrated with Topps as they continually use unflattering pictures of Maz late in his career.  This is a much better choice. 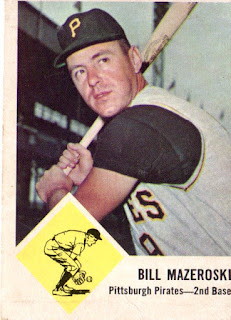 A true vintage card of the Pirate great. 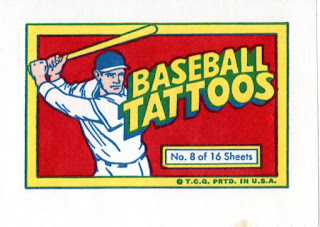 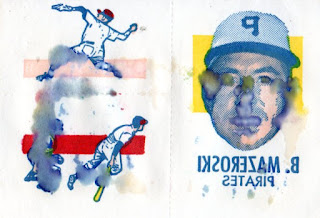 This trade package was very Maz oriented! Maybe I should try and put this Maz tattoo on my daughter...

Recently I was reading an article and Maz that basically said Maz was an undeserving hall of famer. If you look at the numbers it is hard to argue his case.  It helps to have one of the defining moments in World Series history to put you over the top.  Maz's issue was his bat.  While not a liability he never had anything close to resembling a hall of fame type of offensive season.  His value was always tied to his glove. Probably the closest case in recent history to Maz would be Ozzie Smith, but Ozzie played a premium position.  I'm glad Maz is in, but definitely understand where people are coming from saying that he is fringe at best.

I've shown this card a couple of times, but it is just so cool that I continue to show it off.  I'm all for cigarette companies making cards again along with every other oddball type of issue.  I agree with Mecca Cigarettes slogan on the bottom, "Perfect Satisfaction."

Thanks again Mark.  Hopefully we can meet up again soon.  You need to come to PNC next year.

Posted by BobWalkthePlank at 12:16 PM