With all the bombs going back and forth I feel like a CNN war correspondent should be covering this battle between Hazel Green Alabama and Morgantown West Virginia. Wes did not give me much time to celebrate my most recent bombing because within a couple of days I had a bubble mailer and a mystery box in my mailbox.  I'm starting to feel sorry for my mail lady. I guess it is common to have innocent victims during wartime. 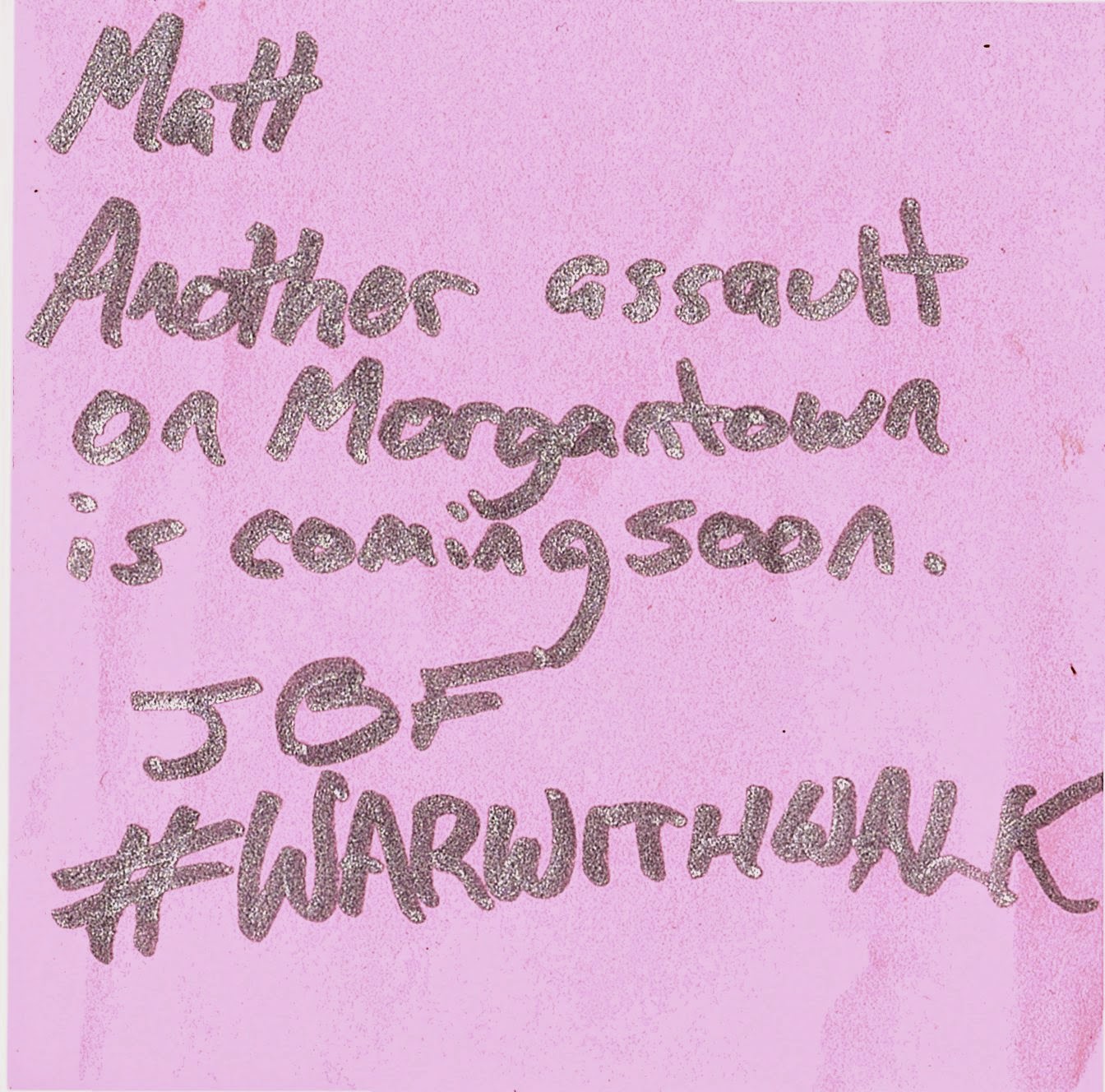 Here are the contents of the mystery box except for my favorite piece which is at the end. 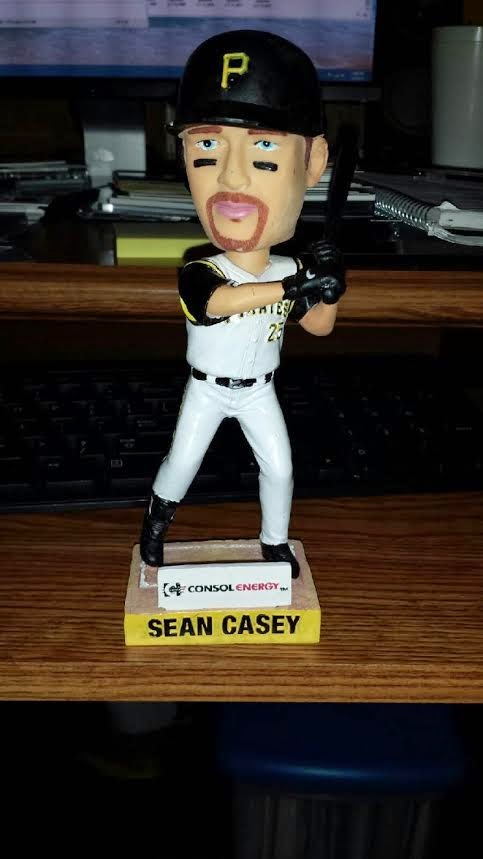 Casey's time with the Pirates was short, but the fans loved him. He grew up in the Pittsburgh area and still resides there today. 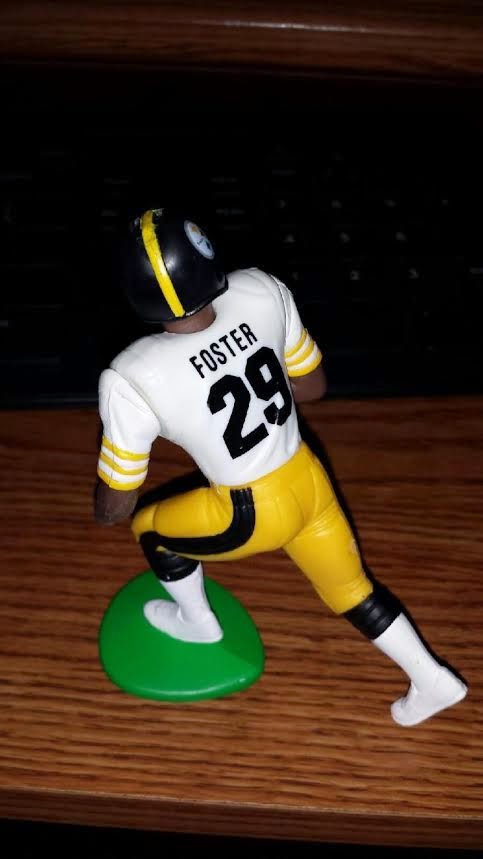 Former Steeler running back Barry Foster. I was an avid collector of Starting Lineups. I kept all my in the box which I believe is in my parents attic. Some Topps jumbo that I haven't busted yet.. Figured they may be a good blog post one day. 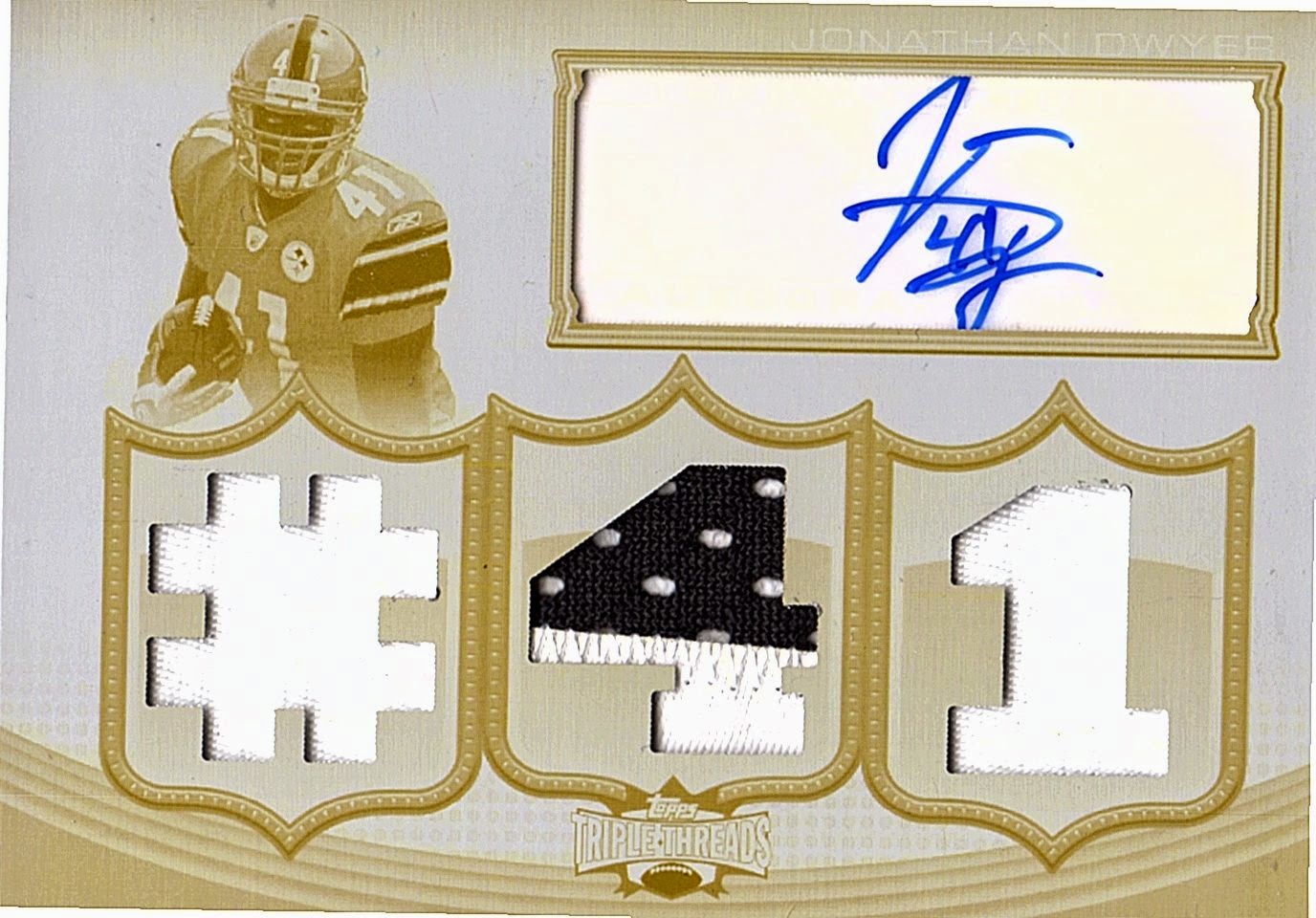 I thought I was being pretty smooth by giving Wes a 1/1 for being one of my contest winners, but he fired one right back my way.  This is a Triple Threads White Whale 1/1 of former Steelers running back Jonathan Dwyer. Dwyer is now playing for the Arizona Cardinals.  Awesome card! 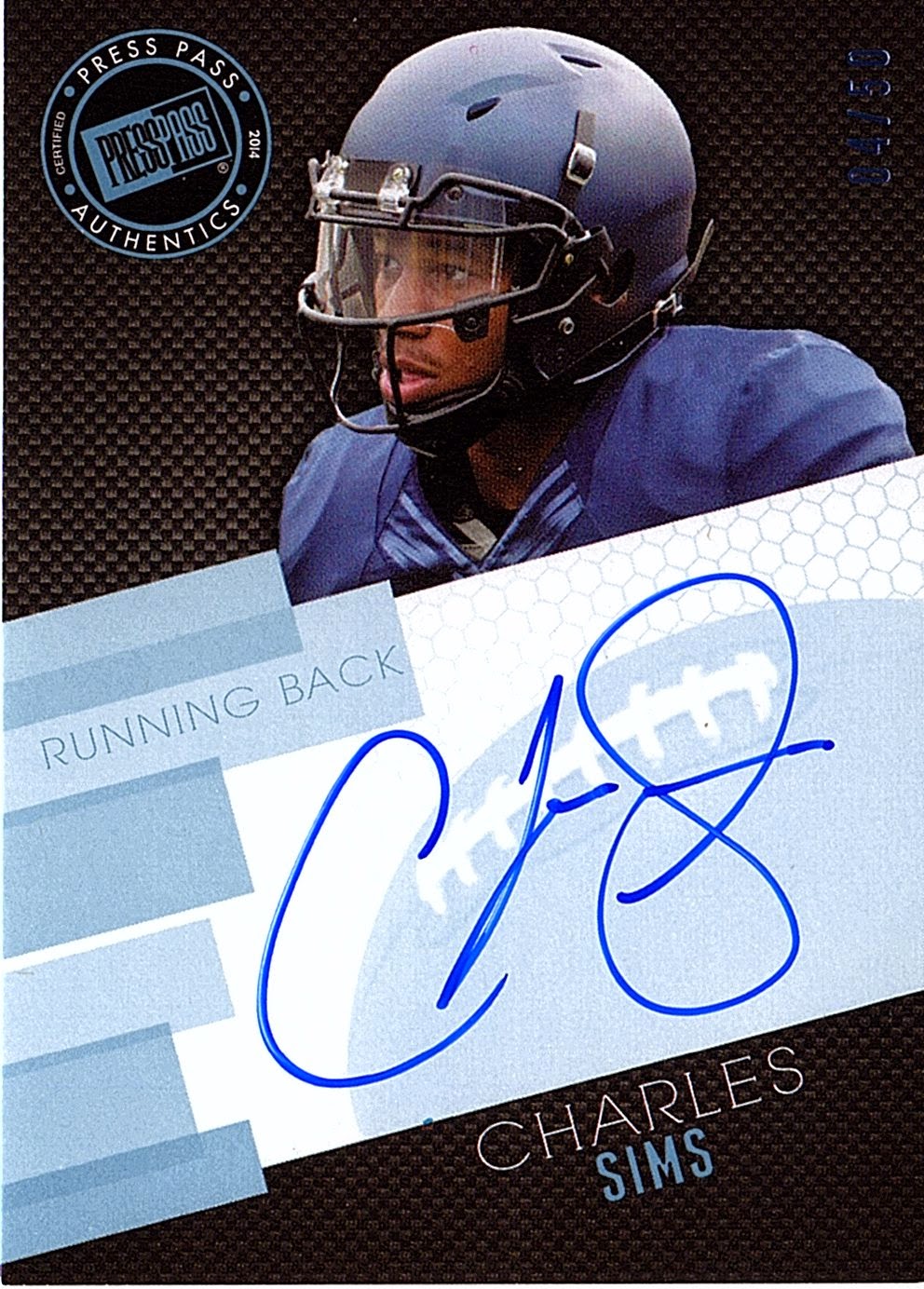 When I first glanced at this card I though I already had it, but upon closer examination it is a parallel /50. Former WVU running back Charles Sims looks to have significant time with the Bucs next year. 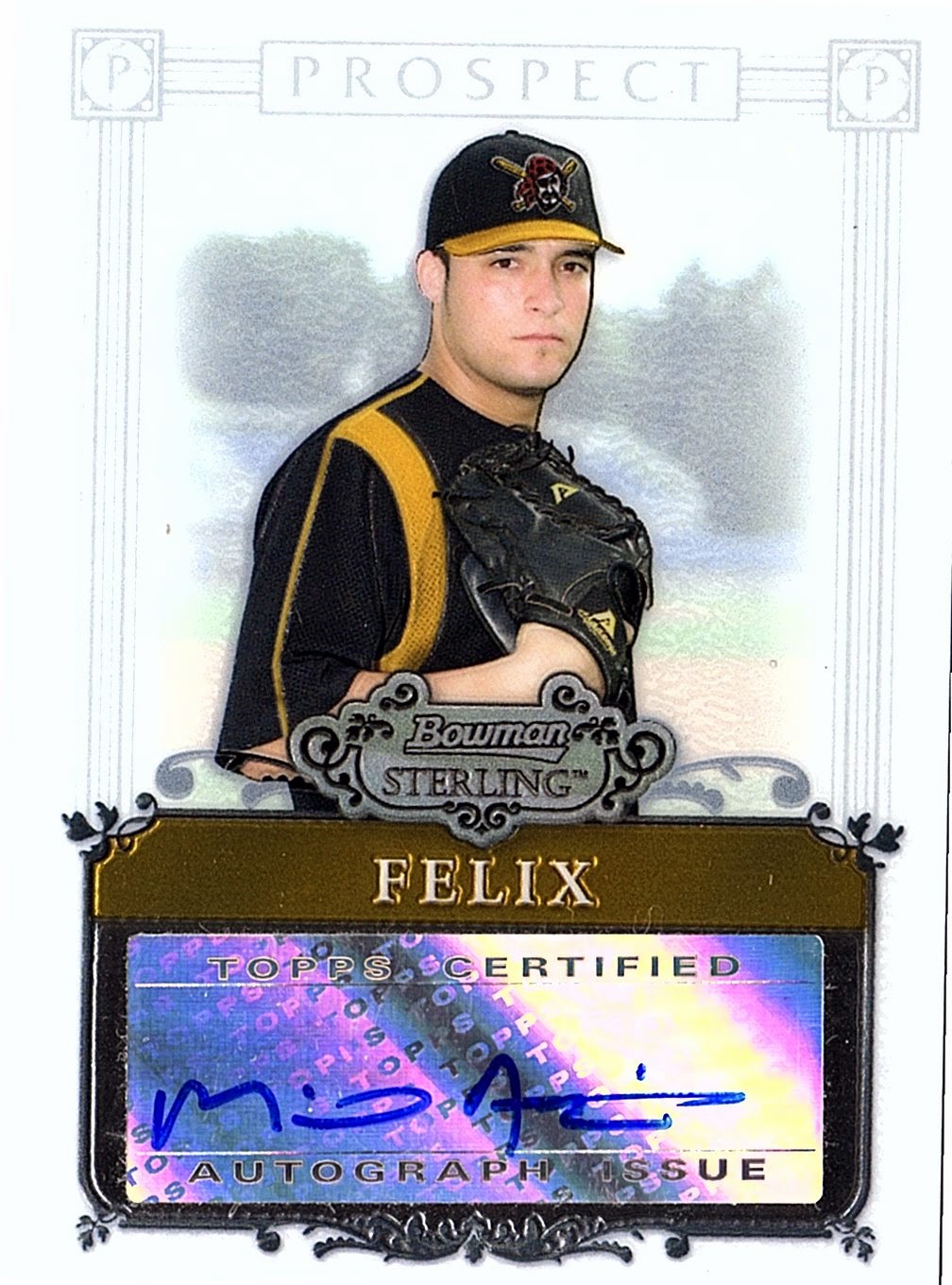 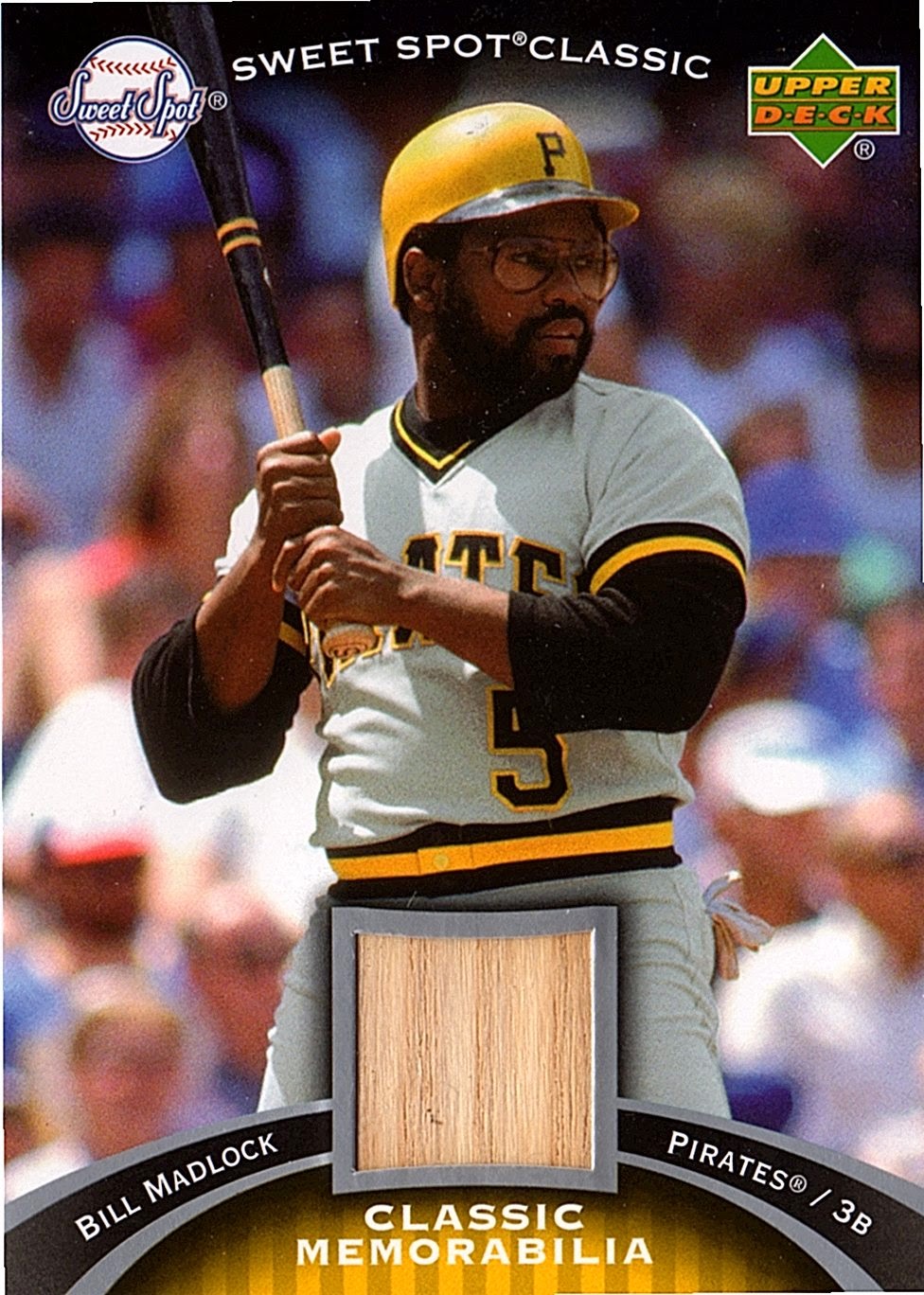 I love the Mad Dog. Sweet Spot Classic was a great set to nab some classic Buccos. 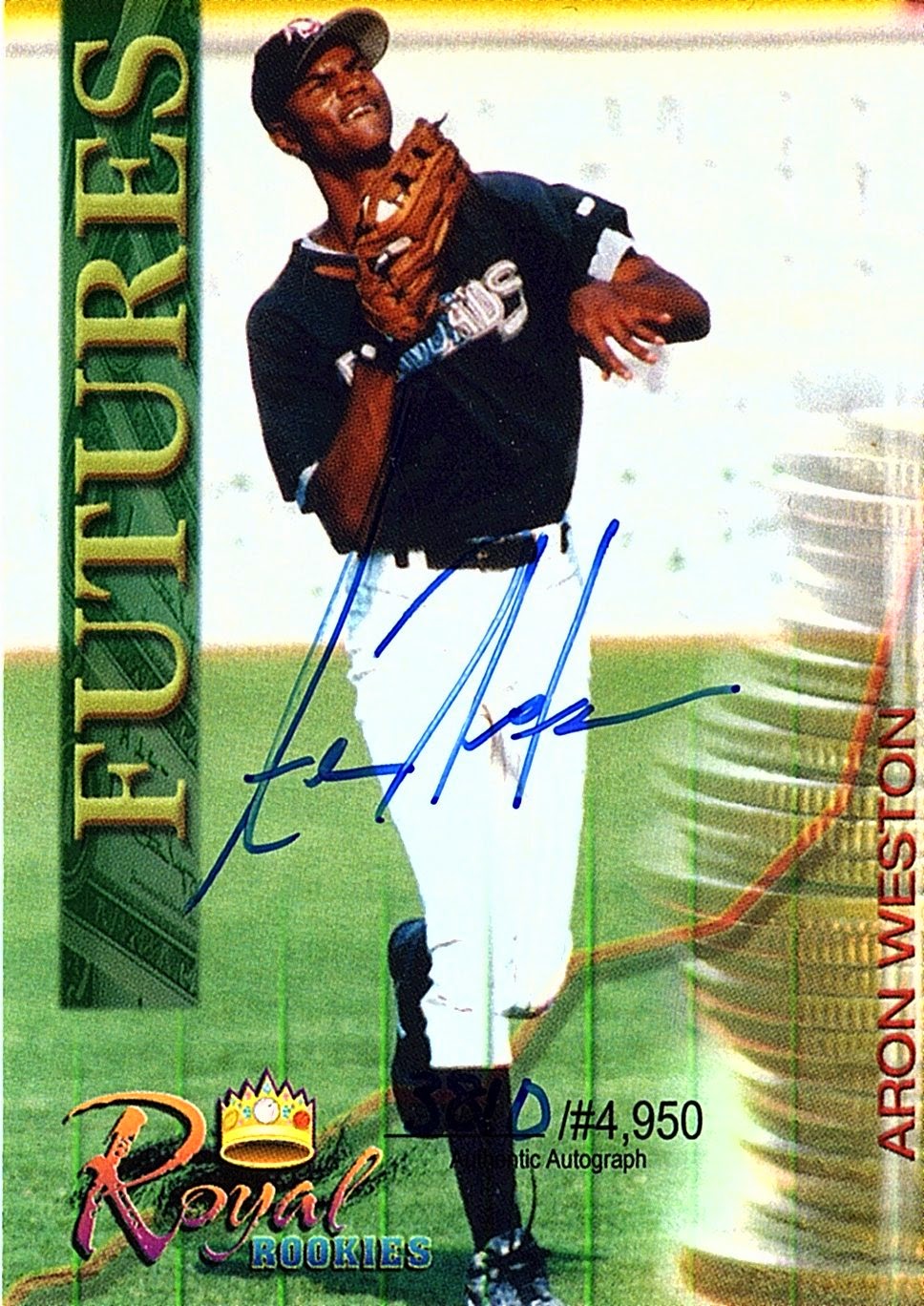 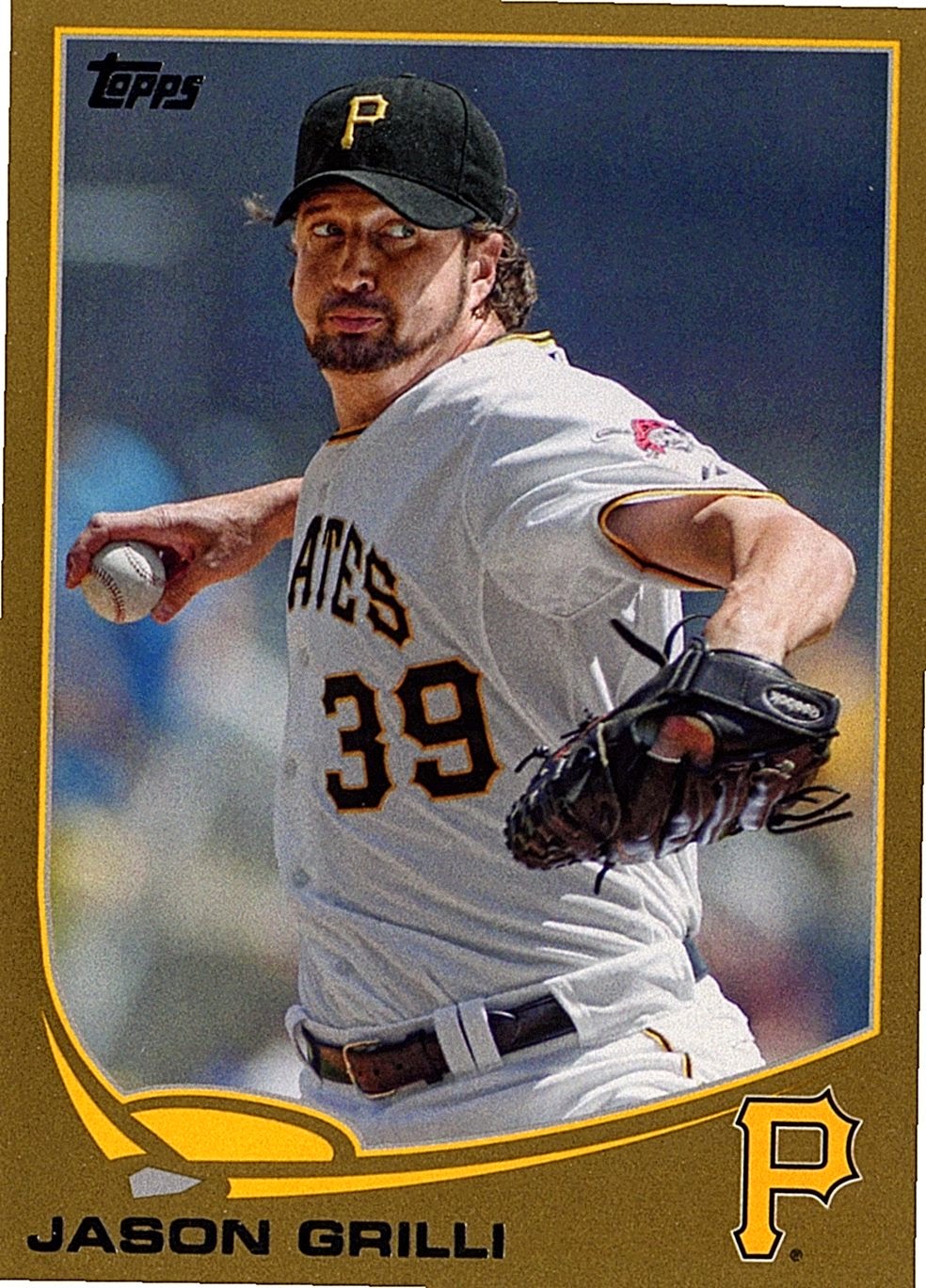 Grilli is now a member of the Braves, but really made his mark with the Pirates during his tenure. 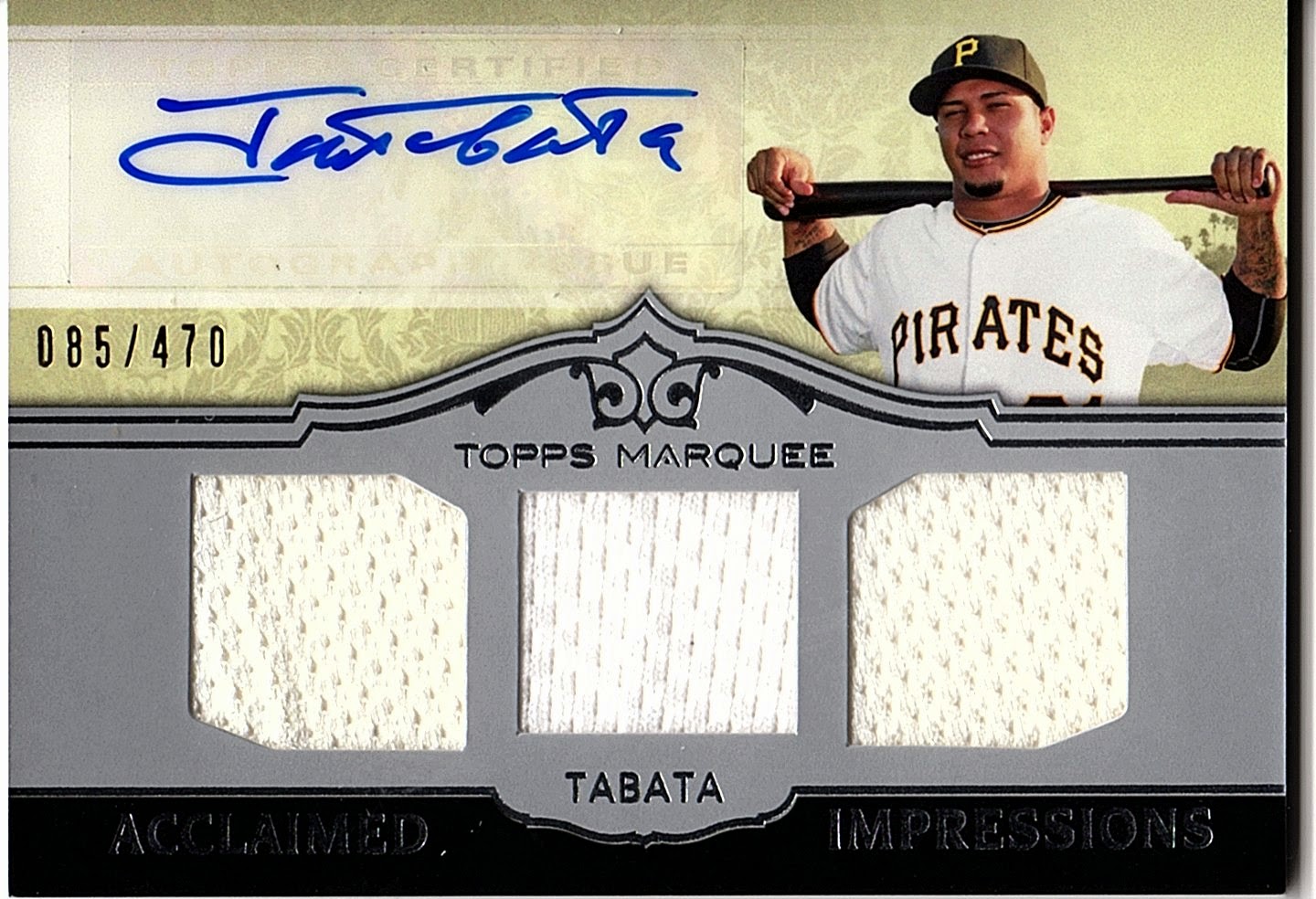 Topps Marquee was a bust with collectors, but offered a great opportunity on the secondary market to score some high end Buccos. This Tabata is awesome. 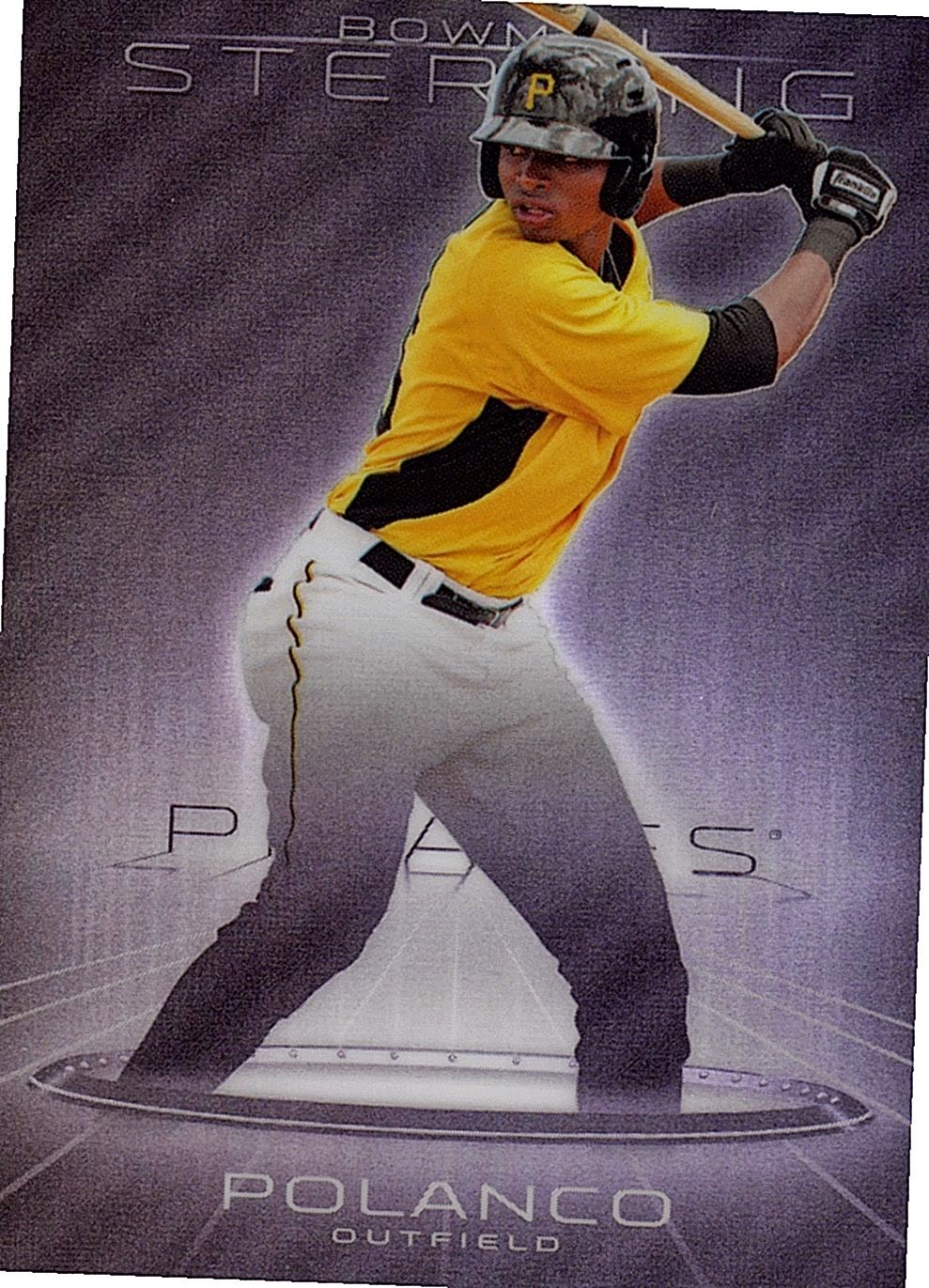 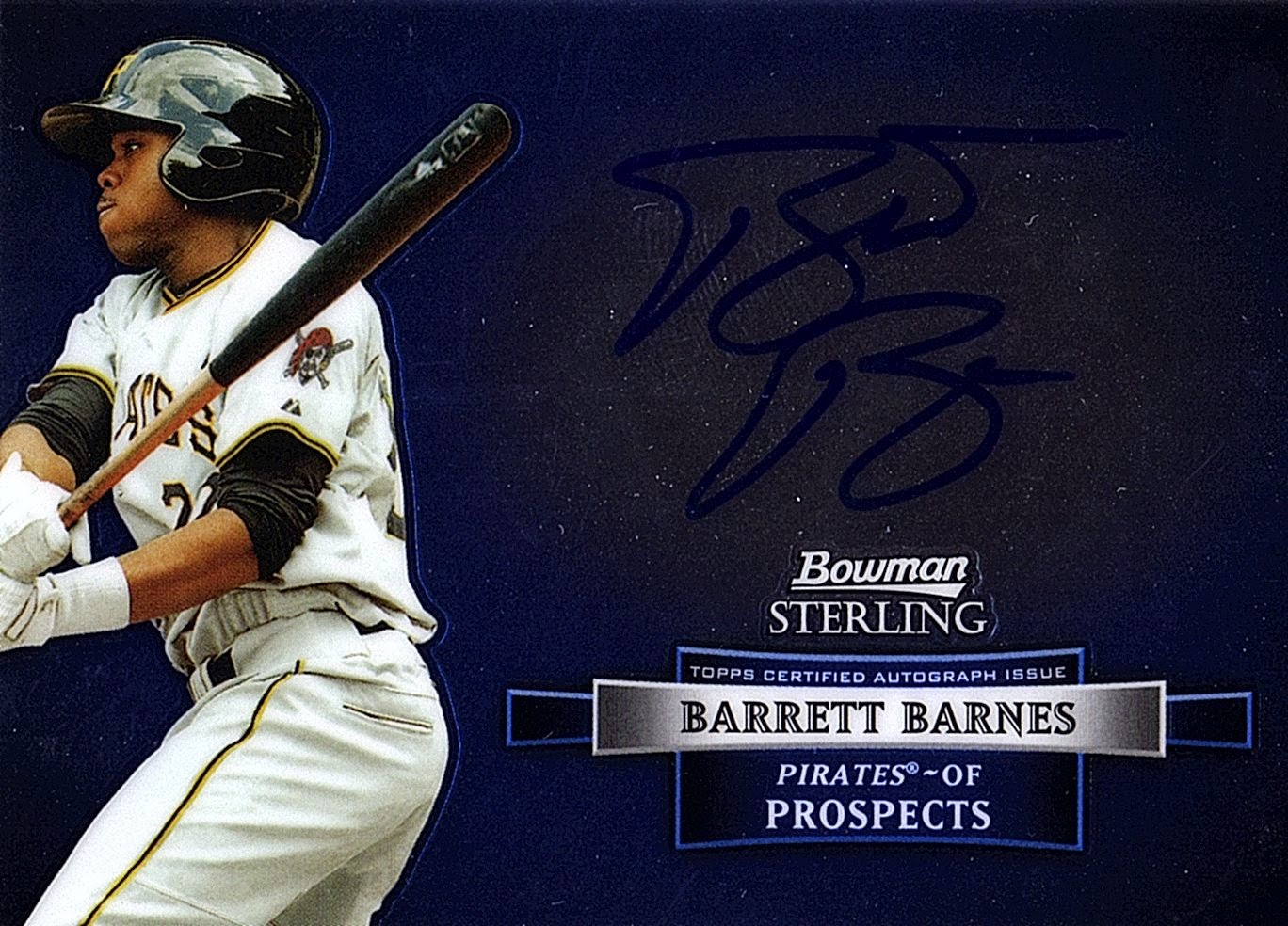 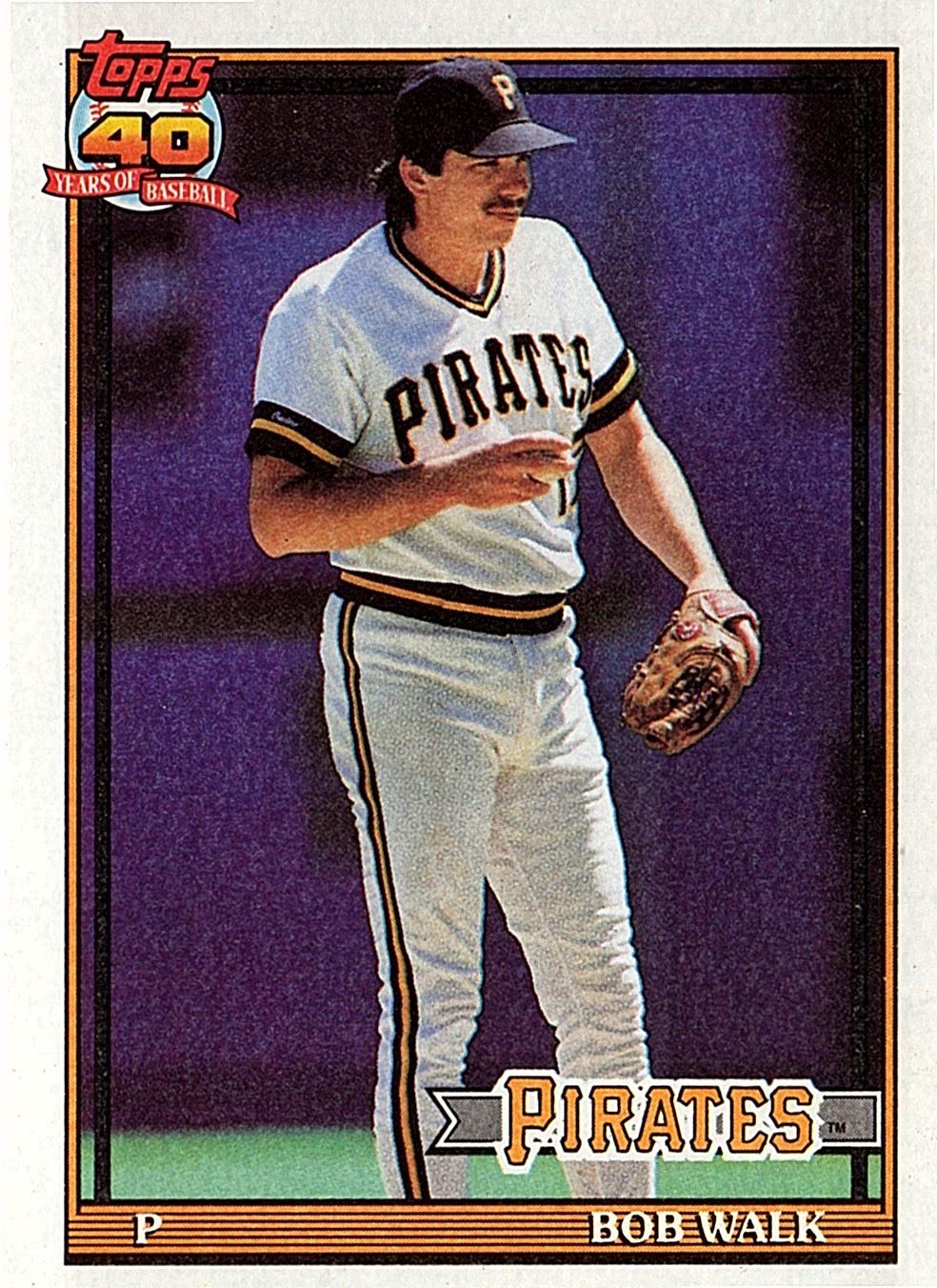 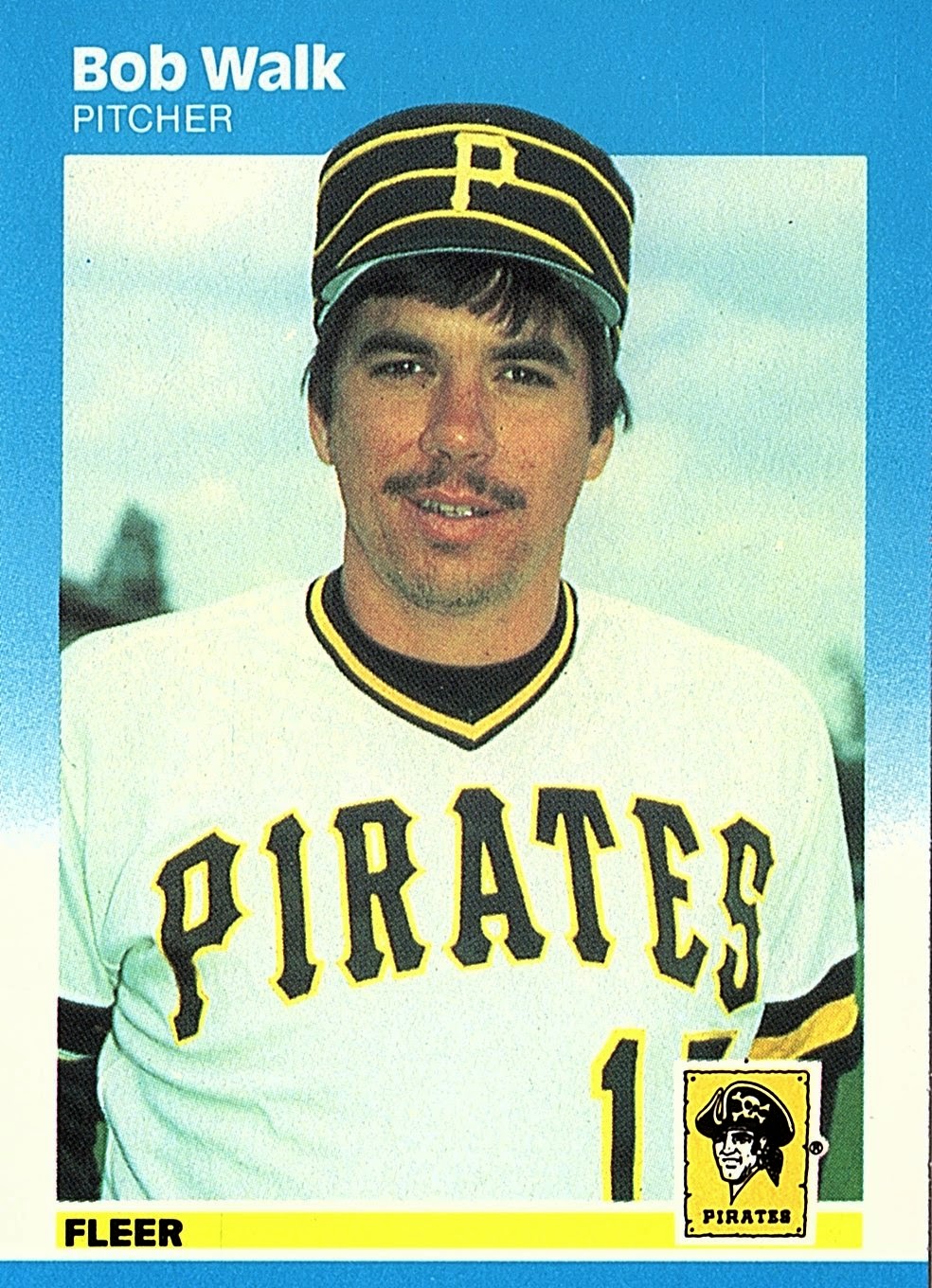 One of Walks better cards. 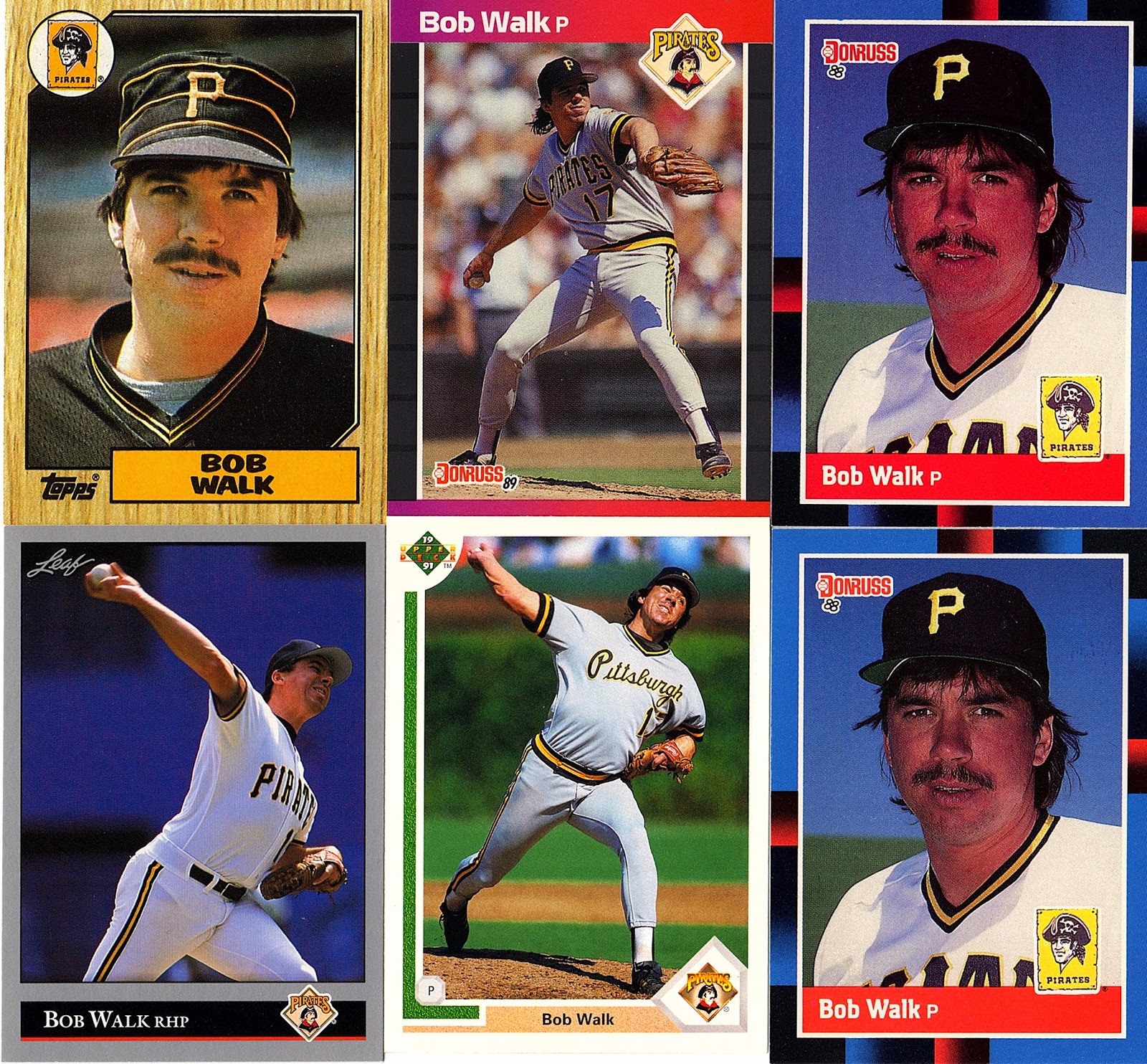 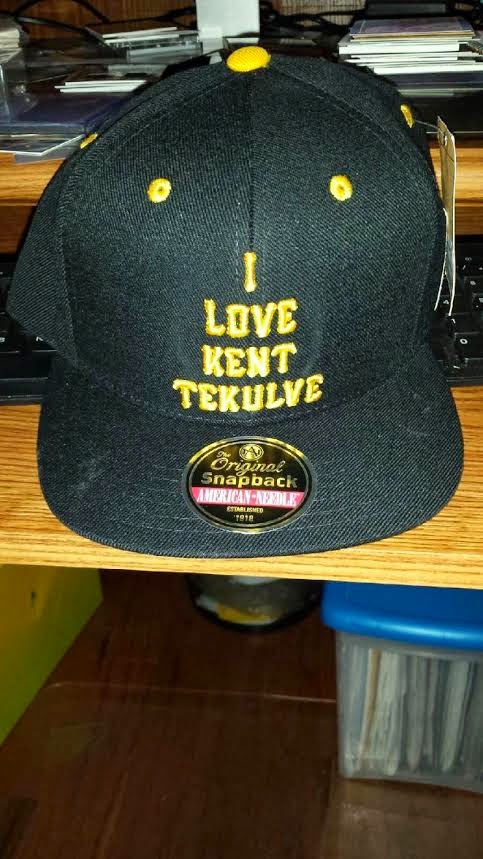 The gem of the whole bombing was this great hat. I tried to get my daughter to model it, but she just tried to eat it. Rest assured I will be wearing this to a Buccos game this year.

Well you won this battle Wes, but I'm regrouping as I type this. I just found my nuclear bomb!