If you are a frequent purchaser on eBay like myself you become pretty accustomed to price ranges for your favorite players. Usually when a card comes out that I like I'll check completed auctions to get a price range and try to snag it on the bottom half.  For the most part its a system that works pretty well. The only flaw is if you wait too long to pull the trigger and a guy blows up on you like a Mike Trout. With the Pirates only McCutchen has skyrocketed to a point where obtaining an auto will cost you an arm and a leg.  Thankfully his ascension took a few years so I was able to get in early on a lot of his high end issues.

What the Pirates do have are a lot of guys where the prices fluctuate all over the place. The two best examples of this are Neil Walker and Starling Marte. One day you will see a nice card that sold for $5 and the next it will be $15 for no reason. It makes it hard to pull the trigger on a higher end release because part of you is thinking it may not show up again, but if it does it could go for a lot less. You really have to gauge how much you want the card in your collection. 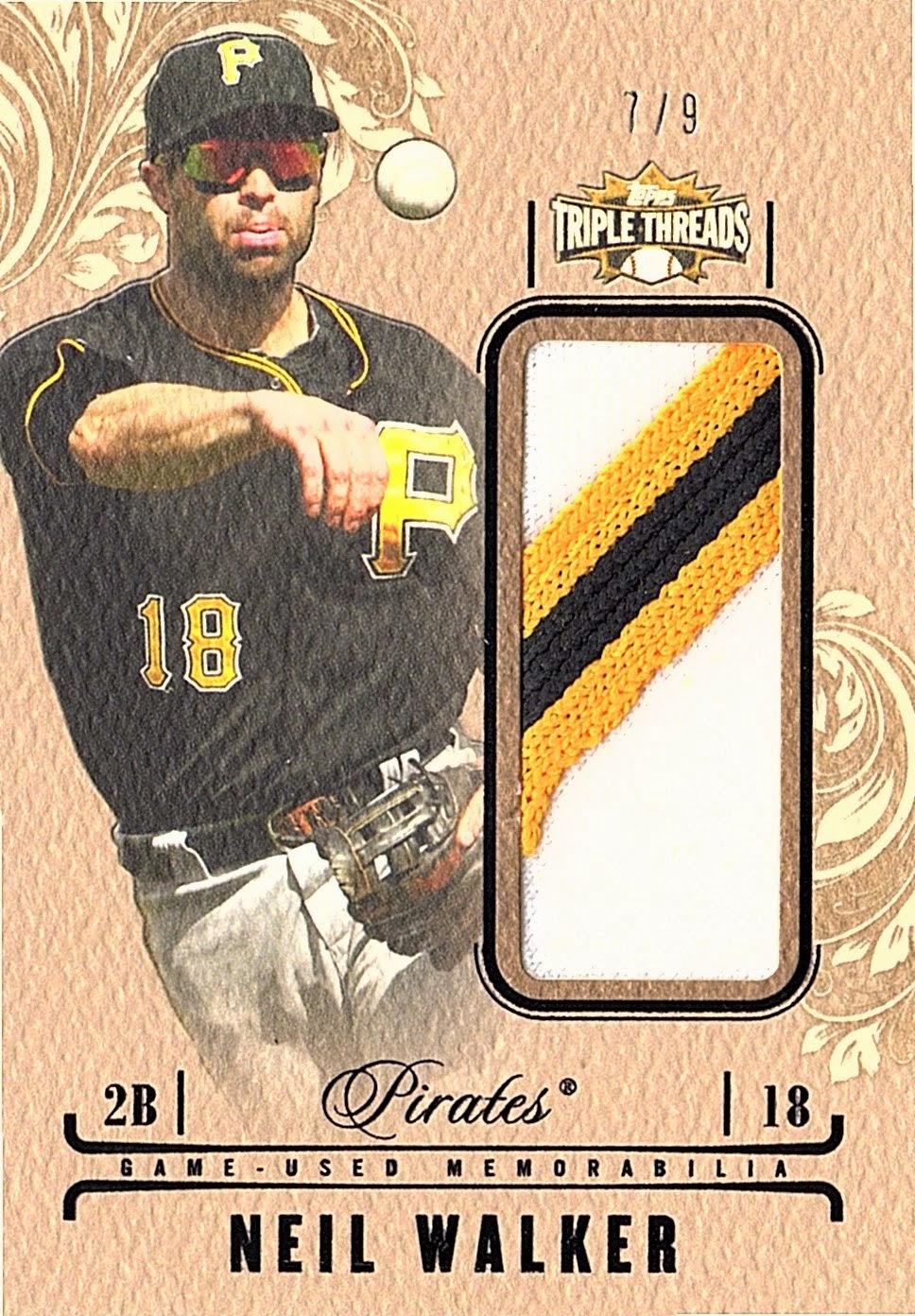 This is one of my most recent eBay purchases of Walker. The seller started the auction at 9.99 which I assumed would get some bidding action at some point. High end set, low numbered and a decent patch usually drives the price high. Long story short I was the only one who made an attempt and won the auction. I really think the only reason I won this card is that he started the bidding high. I've seen similar cards go for closer to the $20 mark. Sellers having weird starting bids is a nice way to obtain cards as it scares away a lot bidders.

In my experiences if you just stick to your guns and have a price in mind at some point you will win the card. Sure, their will be circumstances where thriftiness will cause you to lose out on a desired card, but in the long run you will win more than your fair share by sticking to your budget. Ebay has a way to cycle even the lowest numbered of cards several times. Bid with patience my friends!