A few weeks back I came across a handful of Cub relics while organizing and shipped them off to Tom from Waiting 'til Next Year.  It turned out my timing was opportunistic as Tom was able to hit a card show soon after. He hooked me up with a nice variety of Buccos. 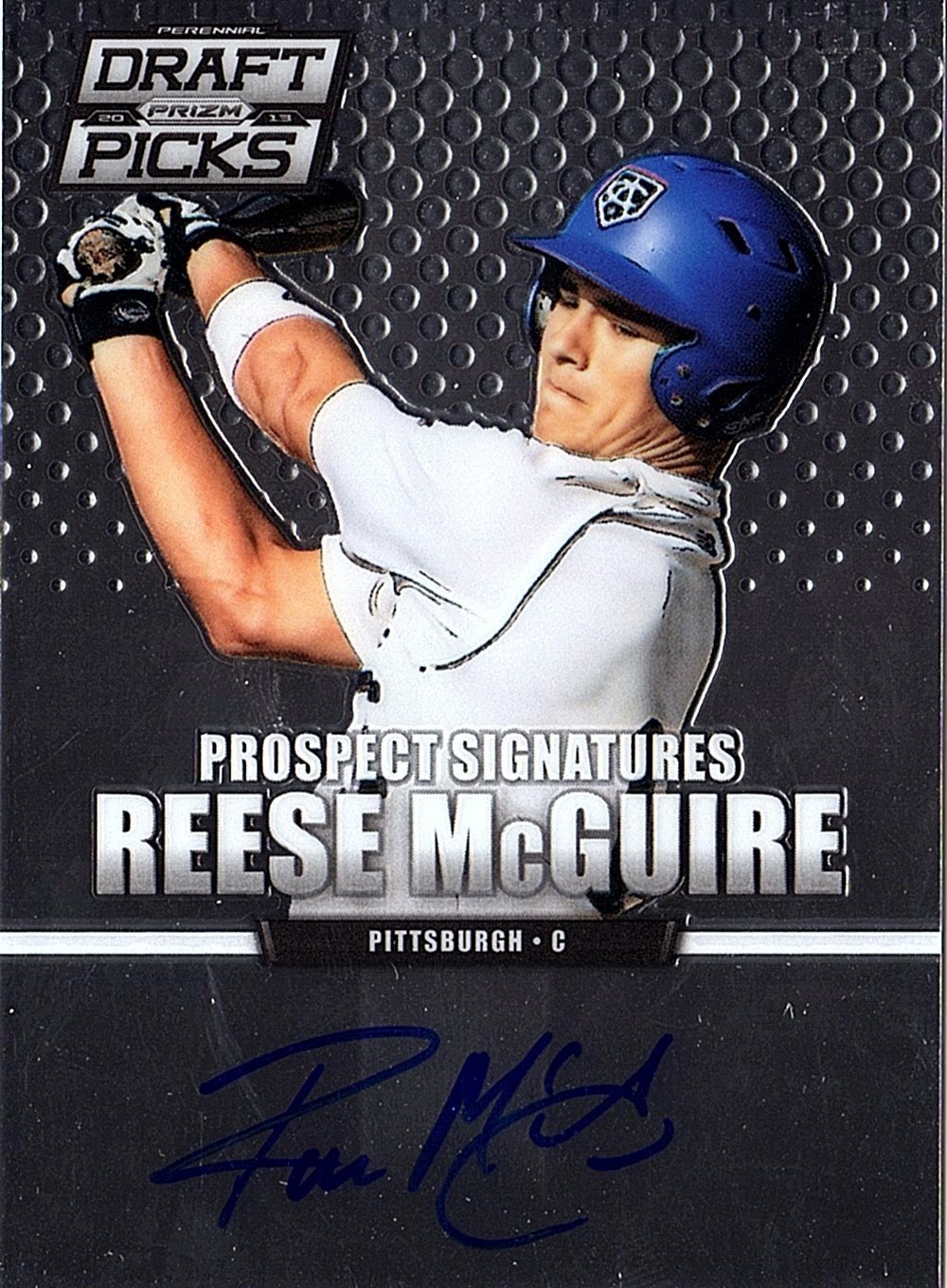 2013 first round pick Reese McGuire. This draft turned out to be very productive for the Buccos as they were able to get both Mcguire and Austin Meadows in the first round. Being a high school draft pick and a catcher makes it really hard to predict the future. What McGuire has going for him is that his defense is considered advanced for his age.

The scan is hard to see, but this is an on card auto in dark blue ink. Beautiful card from an underrated prospect set. 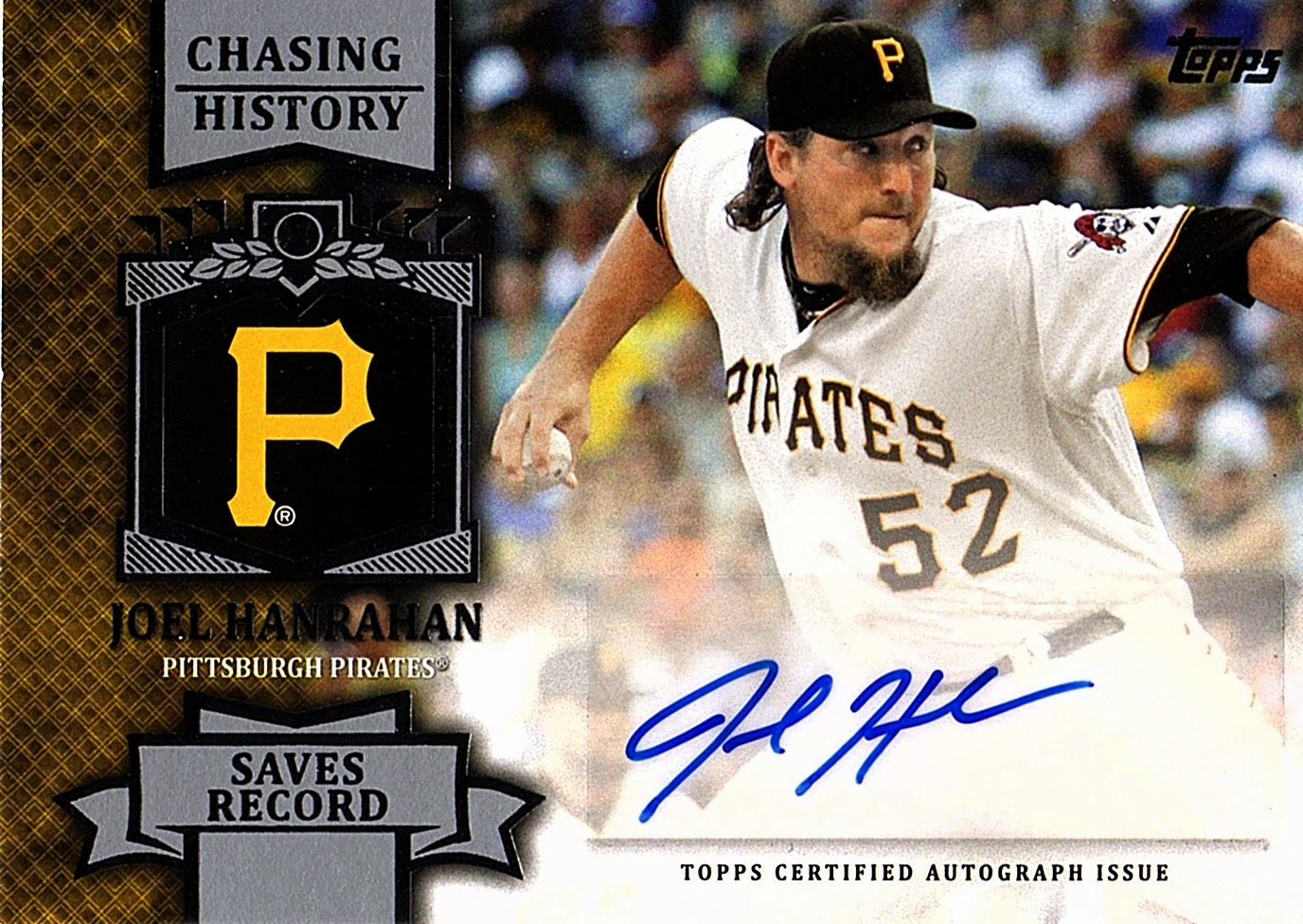 Hanrahan revitalized his career in Pittsburgh after having control problems with the Nats. After figuring things out the Pirates made him their closer and the rest was history. After a couple successful seasons he was flipped to Boston. The trade worked out beautifully for the Pirates as they received Mark Melancon who had fallen out of favor. Melancon has turned himself into one of the best late inning relievers in baseball by utilizing the cutter taught to him by Mariano Rivera.

The Pirates have done a good job finding talent in the bullpen without breaking the bank. This allows them to let guys walk once free agency comes around to find other diamonds in the rough. This is a nice Bill Virdon auto! 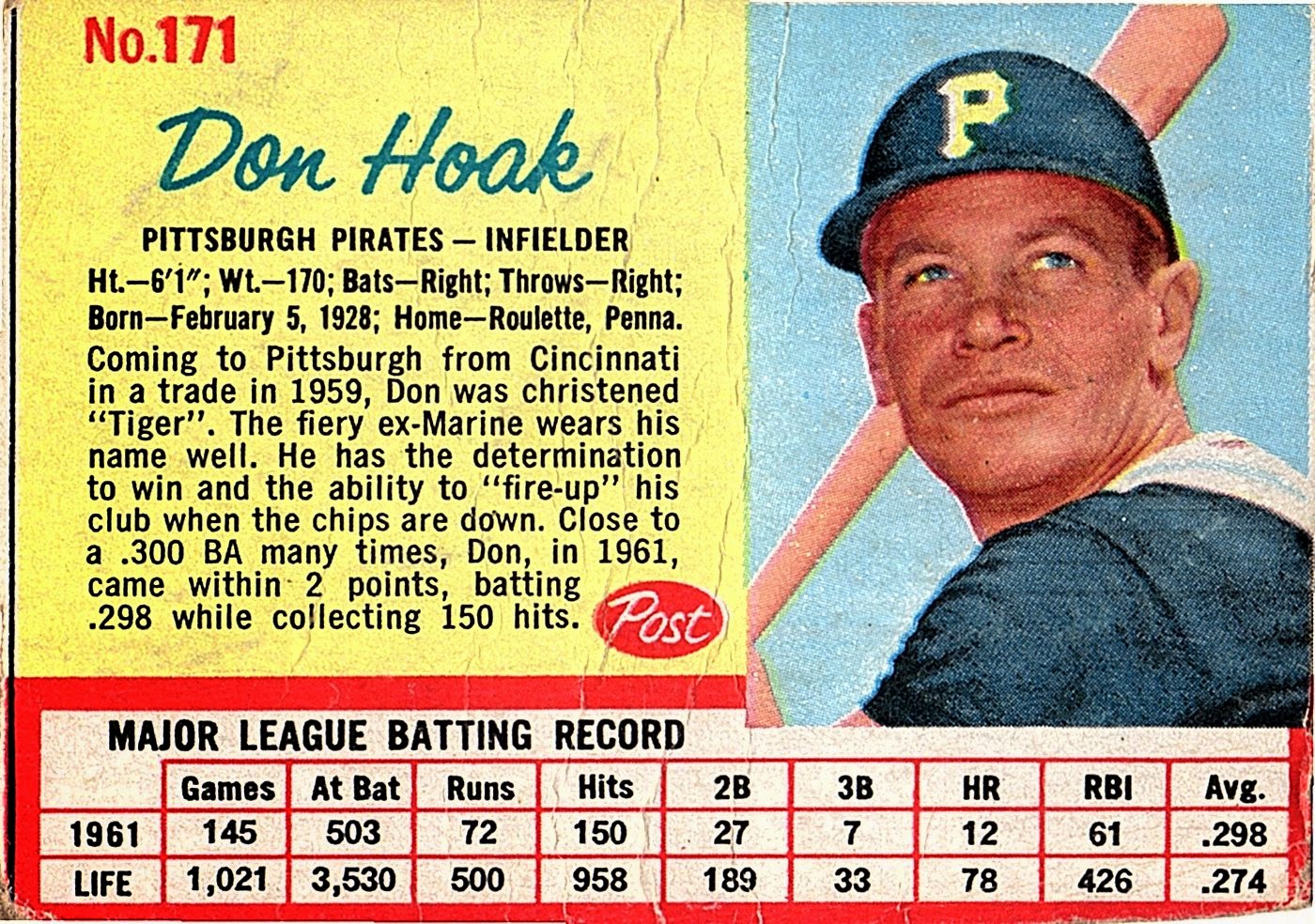 Oddball! One of the beauties of blogging is having people send you cards like this. 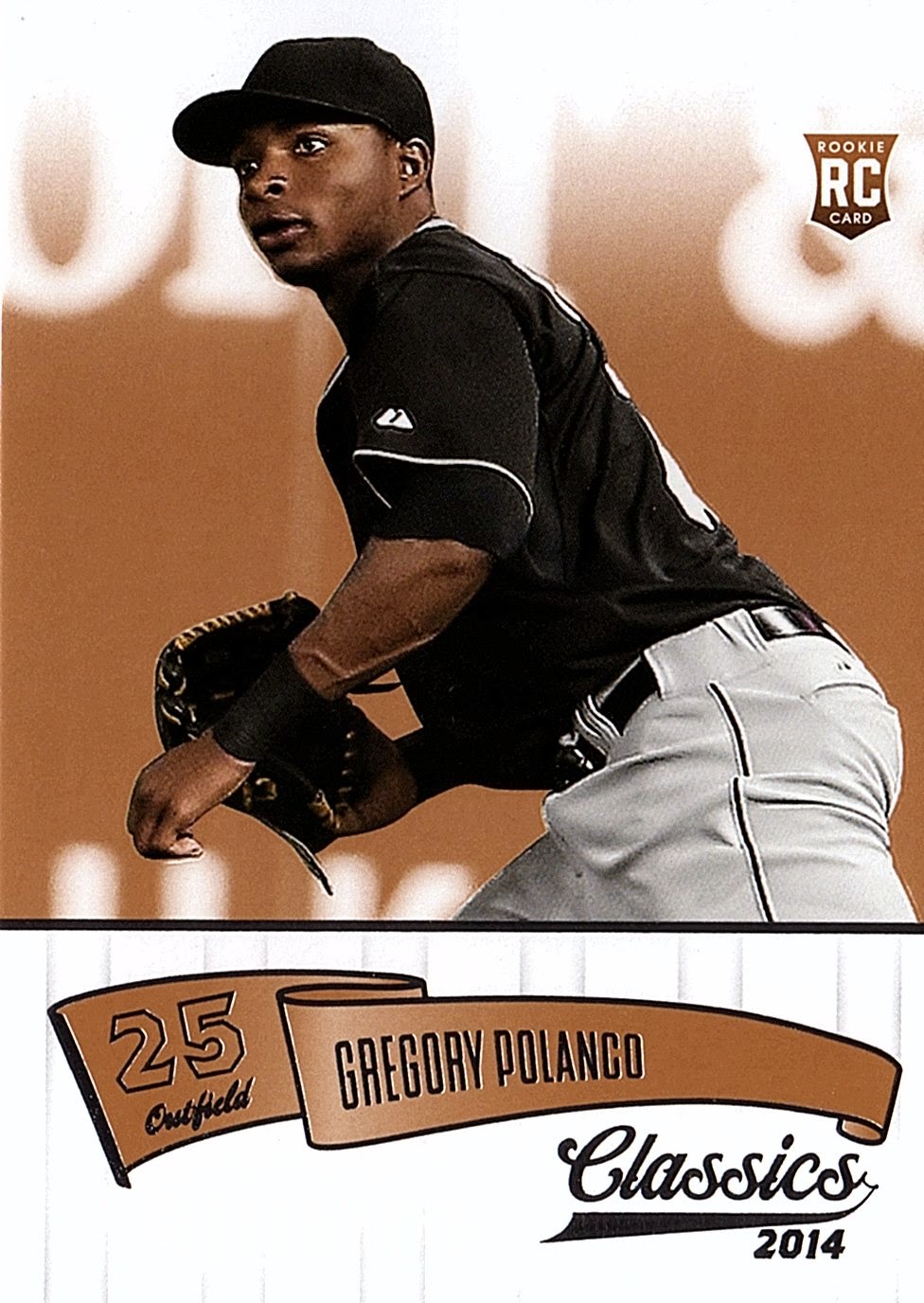 Panini Classics has a great checklist. Lots of fun cards of prewar players mixed with up and comers like Polanco. Did you pull this one Tom? I recall you busted a mini box of this.

Finest is a brand that I almost talk myself into opening every year, but end up pulling the plug at the last second. When my buddies and I do or monthly box breaks we usually keep it around $50-70 a box. Finest is always a notch above that price. 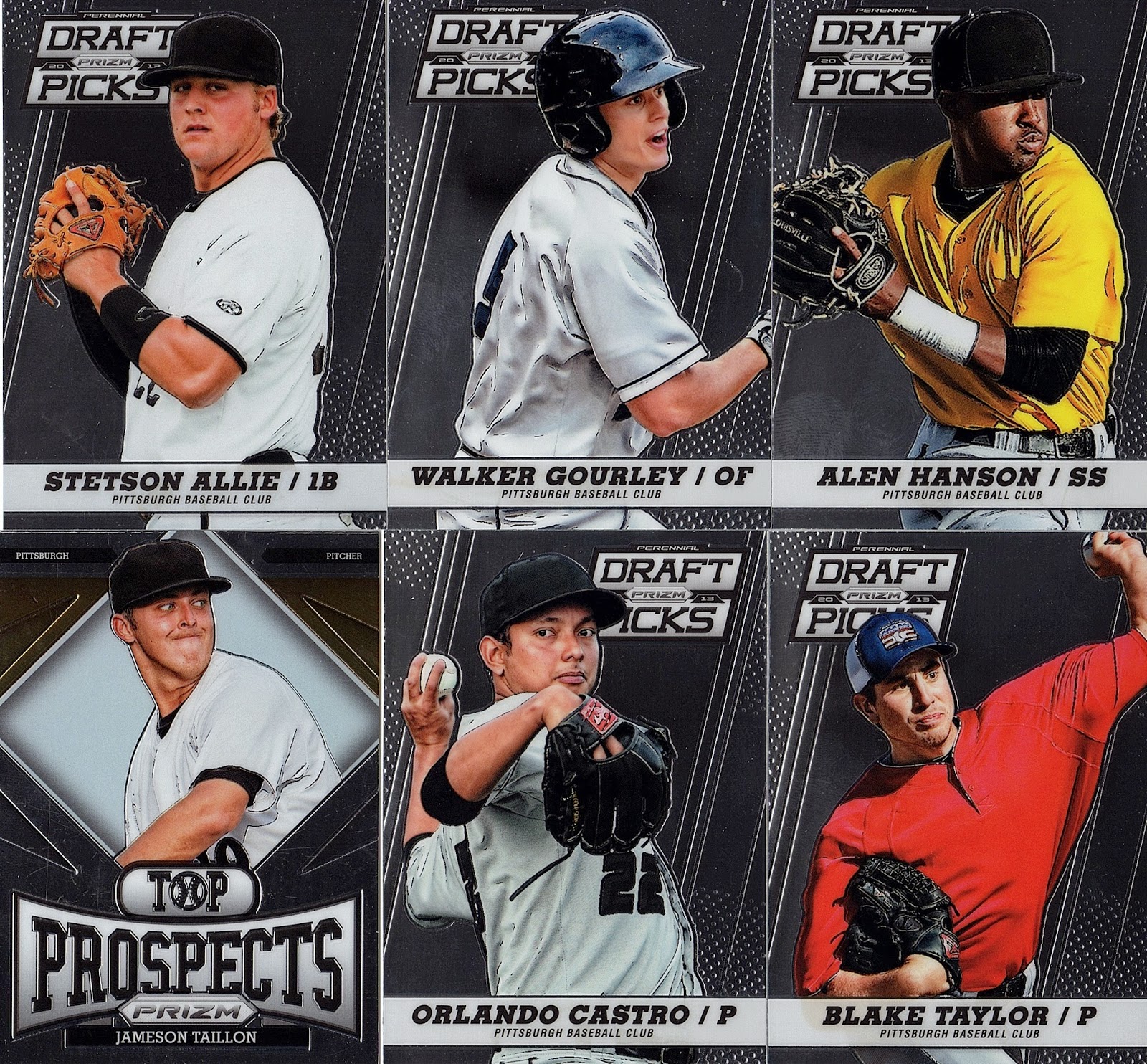 Some more Draft Picks. Taillon and Hanson are on the cusp of breaking through to Pittsburgh. If Taillon hadn't blown out his arm last year he would have debuted after June. 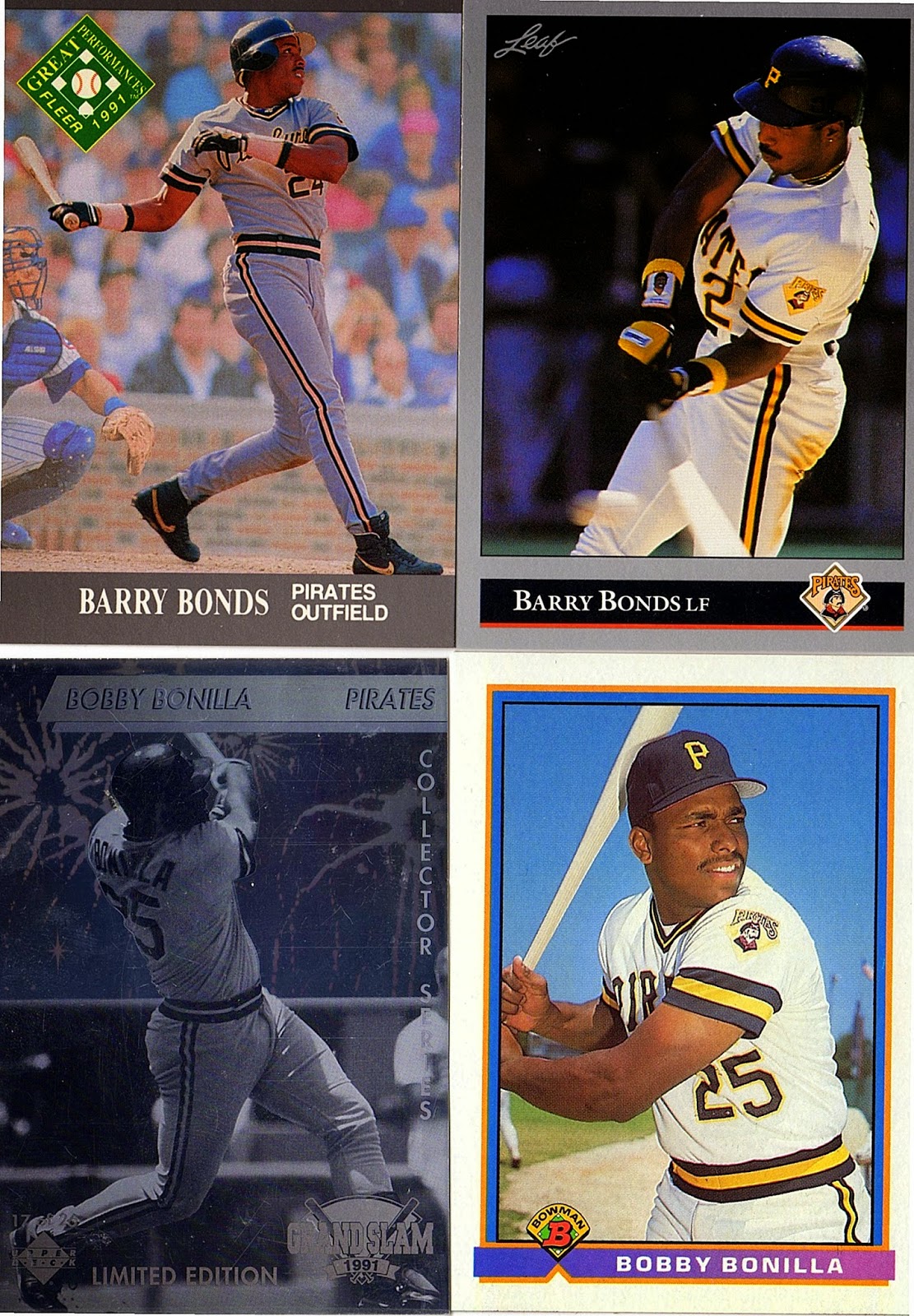 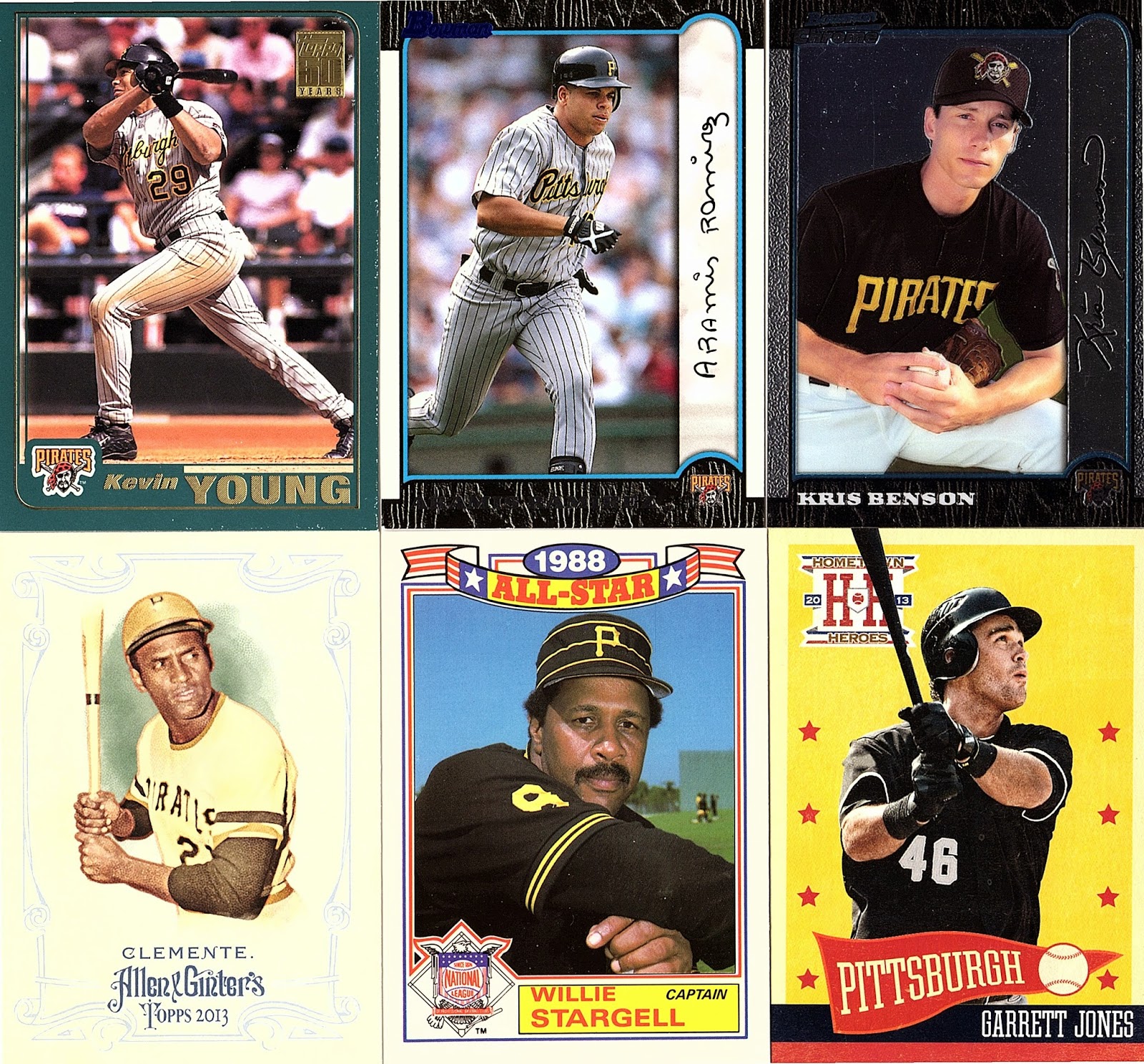 Thanks for all the great cards Tom. I'll keep on the lookout for some interesting Cubs cards to send you so we can keep the fun back and forth going.

Thanks for reading!
Posted by BobWalkthePlank at 12:48 PM