The Big 12 got punched in the mouth yesterday with Iowa State, Baylor and Texas all losing. I'm hoping for a nice rebound day as WVU plays Buffalo. Everyone should be rooting for the Mountaineers as Buffalo is coached by Bobby Hurley who was the point guard for the early 90's Duke teams. So essentially we are playing Duke, who everyone hates. If you are rooting for Buffalo you are a terrible person. I kid, I kid.....not really

Here are are some cool WVU basketball cards I've featured on the blog. 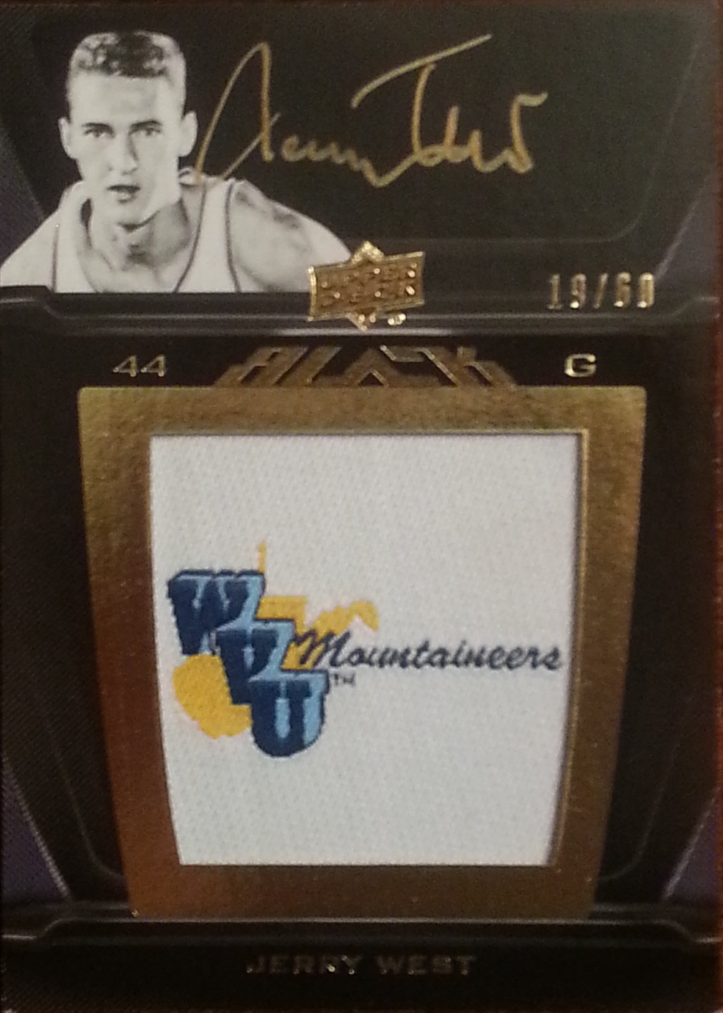 WVU's most accomplished athlete.  Jerry West autos sell pretty well online. Thankfully anytime he is featured as a Mountaineer the prices drop to a much more manageable amount. 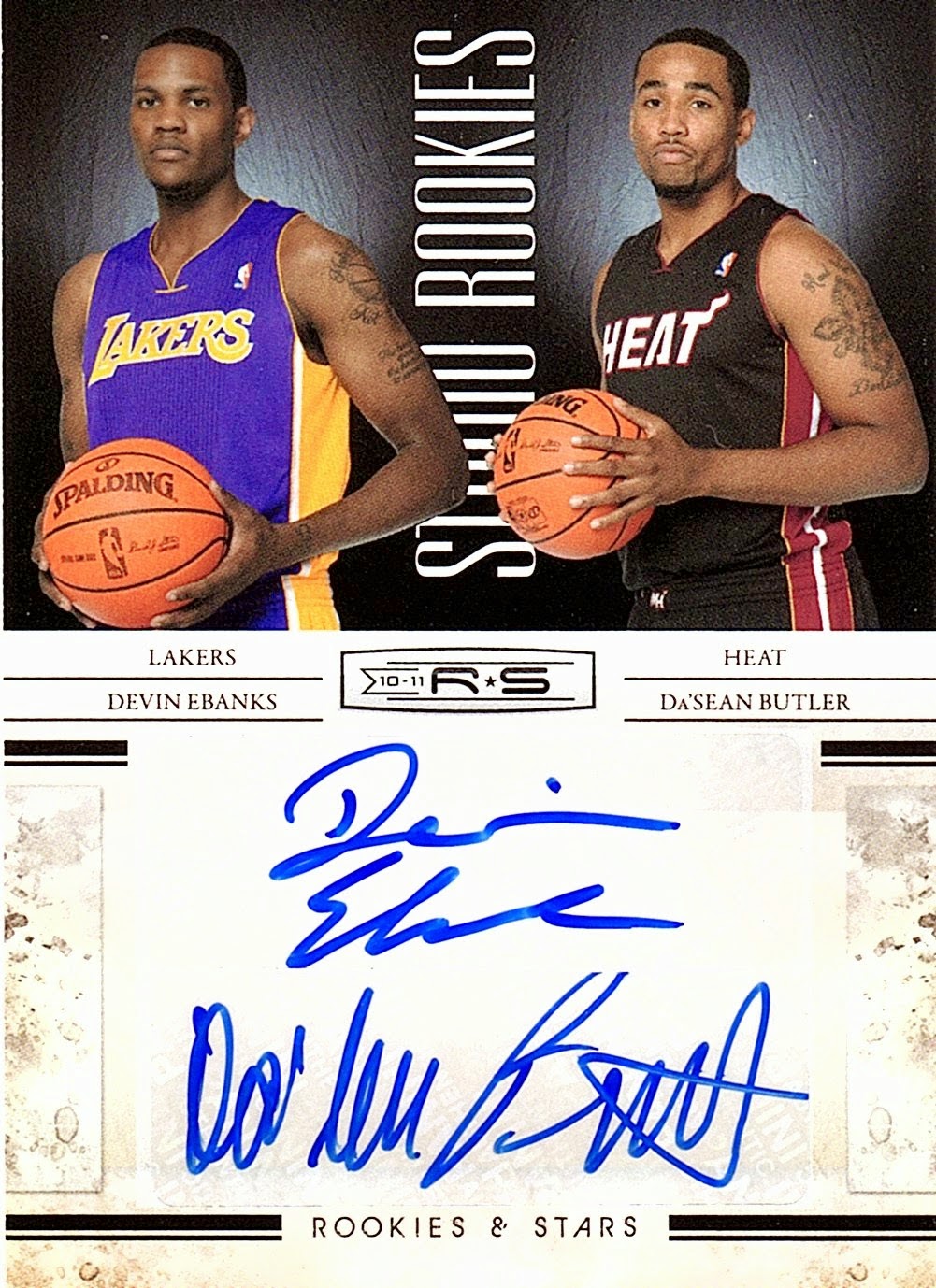 The main core of the 2009-10 final four team. I try to hoard these autos anytime they pop up on eBay. Make for nice gifts for my WVU friends. 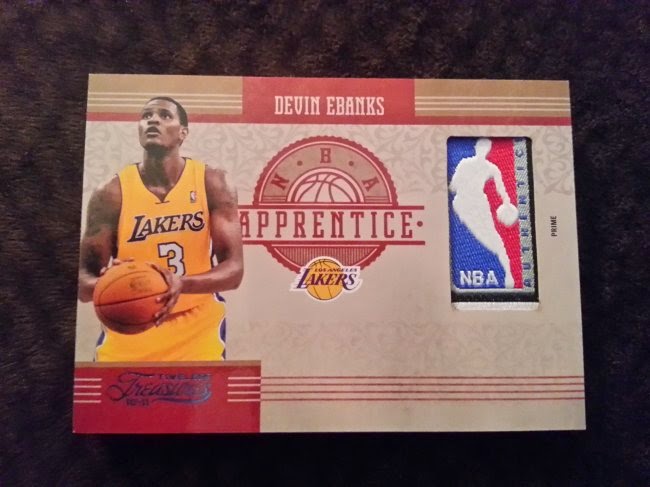 I guess this counts as a dual WVU card as the logo is Jerry West's silhouette. A couple years back I was hearing rumblings that people were wanting to change to logo to Jordan's silhouette, but didn't seem to gain any traction. 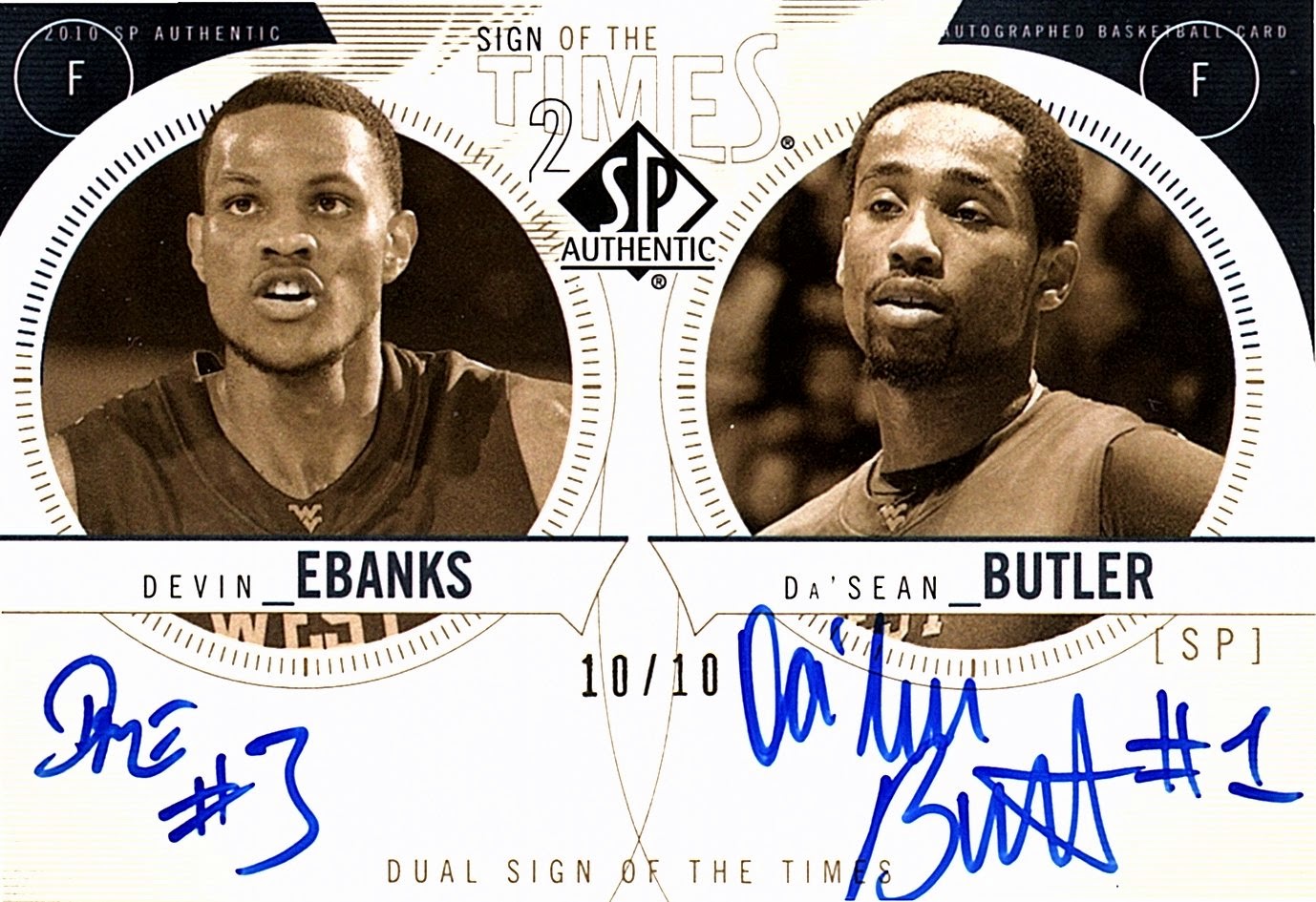 One of my favorite WVU cards in my collection and a blog debut. These were super tough to find at release and have only shown up a few times on eBay in the last three years.

Posted by BobWalkthePlank at 11:18 AM