Kevin and I are becoming pretty good blogging buddies. We often email back and forth talking about cards and blogging ideas. Early this week we got on the topic of opening boxes. It is something we both like to do as long as the budget keeps in check. After some back and forth we began brainstorming ways for us to join forces to bust some wax.

First, we decided that no money would exchange hands. We figured if we had a set budget it would all equal out in the long run. This gets a little complicated as Kevin has to deal with high shipping rates to get the boxes, but for me to ship him cards probably cancels out a good bit of the discrepancy. So with the money situation in check we can focus on card distribution.

Obviously Kevin would get all the Blue Jays, and the Buccos would be mine. For the rest of teams we decided to do a divisional draft. This is something that will change with every round so both he and I can accumulate trade bait of all the big market teams that so many of the blogosphere like. This time Kevin had the AL East, AL Central and NL West (minus the Dodgers). I had the remaining divisions minus the Mariners.

Kevin let me choose our boxes for the inaugural first round (We still need a cool name for the collaboration). I decided we would go with 2006 UD Ovation and 2013 Topps mini. Ovation offers 18 packs with an auto and a relic while Mini offers 1 relic or auto per box.

While I still have all the cards in my possession, I'll only be showing off my cards (it's not many). Kevin absolutely dominated the Ovation box and did really well by getting a unique auto and a relic of an All Star. I'll just show a couple cards from Ovation more just to remind people what the look like. 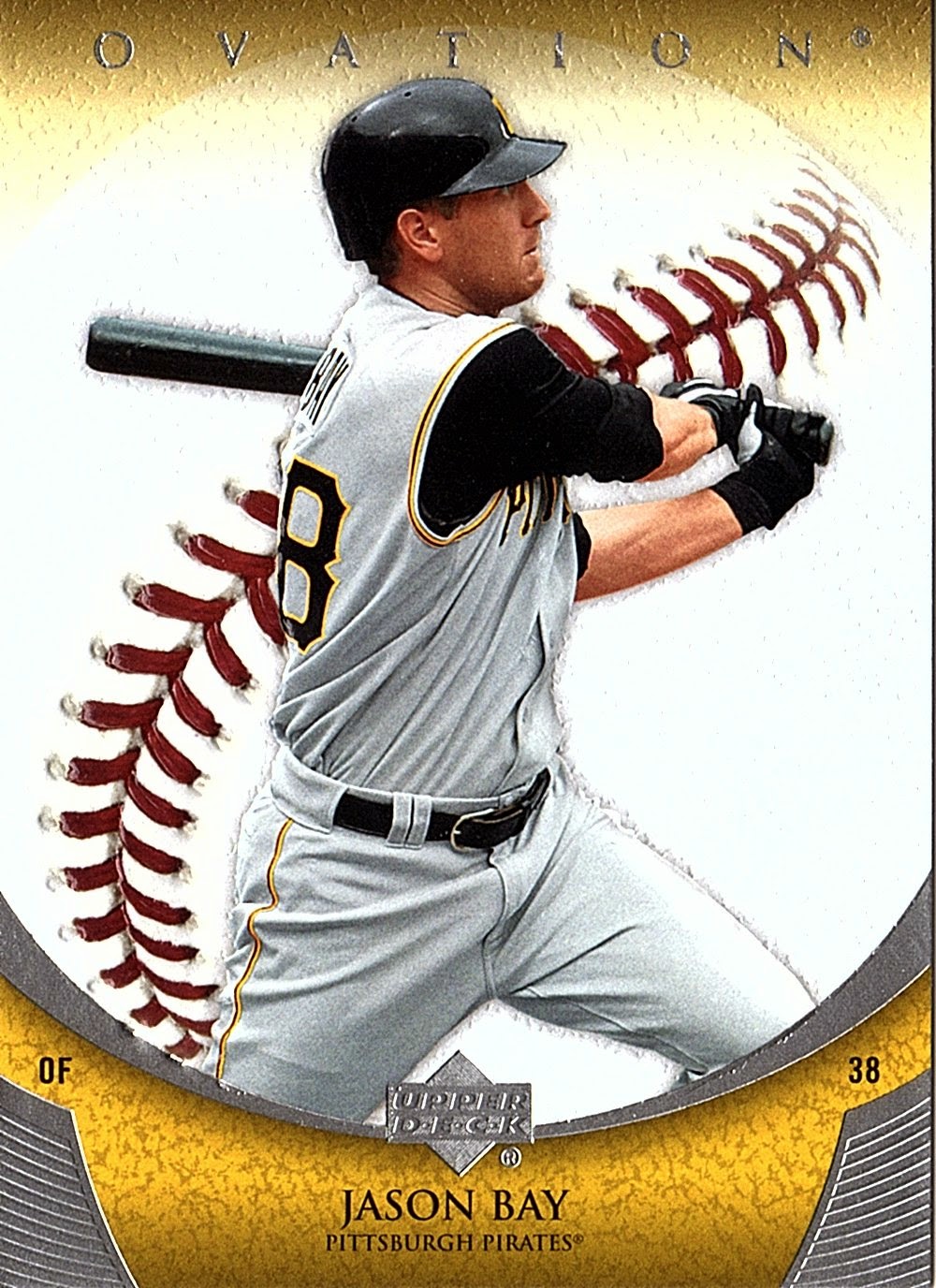 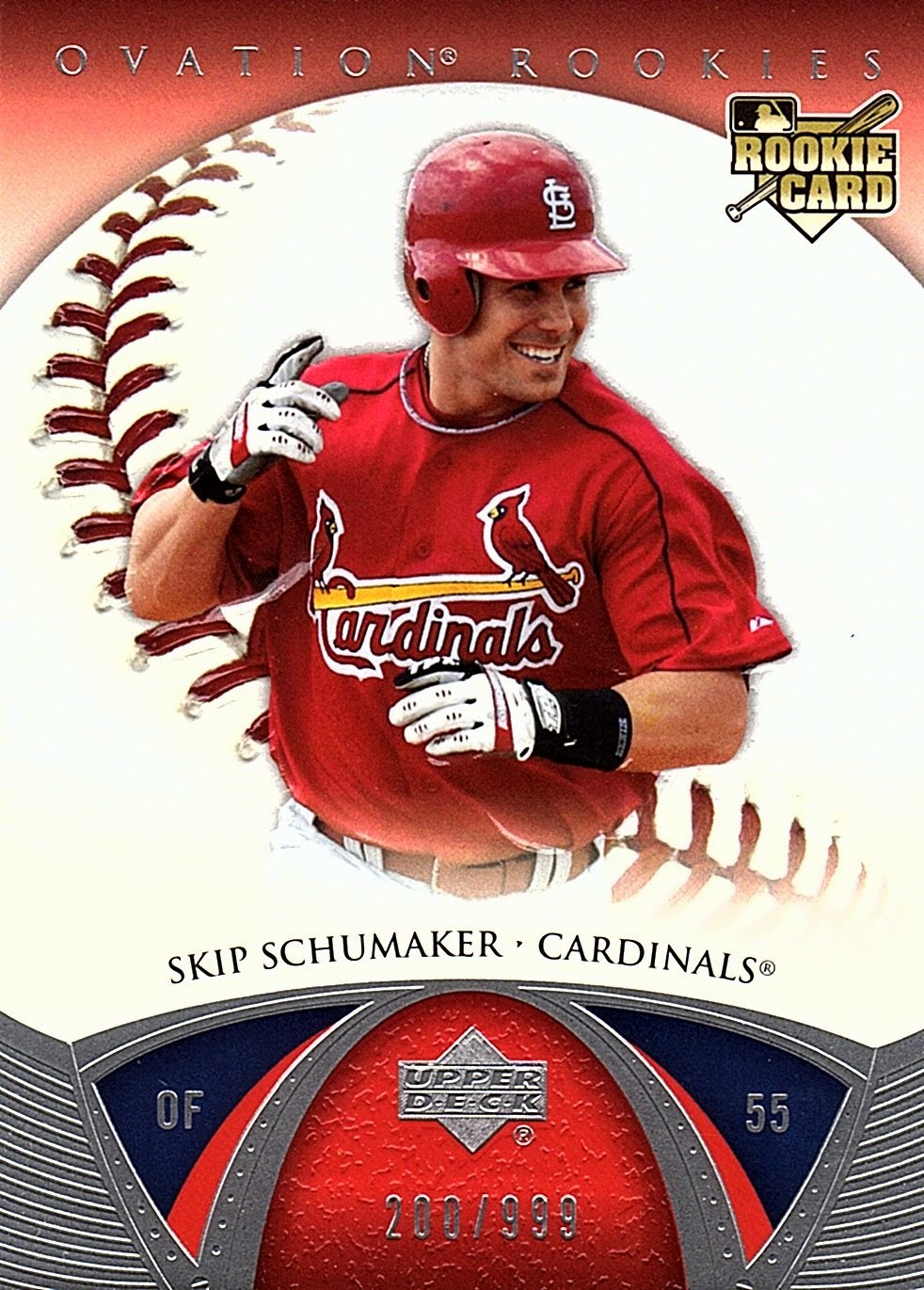 If you recall these cards have a textured feel that kind of mimic the baseball stitches on the card. At least I got a Pirates right....While not an ideal box for myself, it was a blast opening. In my experiences of opening boxes with my friends it will all even out over time. I'm just glad this box yielded a cool card for Kevin.

The 2013 Topps Mini box was the real showstopper. Figures the cheap box would be right! For those who don't know this product combines Series 1 and 2 into one big mini set. While the set does offer a relic or auto per box the real prizes are the parallels. This box would not disappoint, although it looked like I was going to pretty much go empty handed until the end. 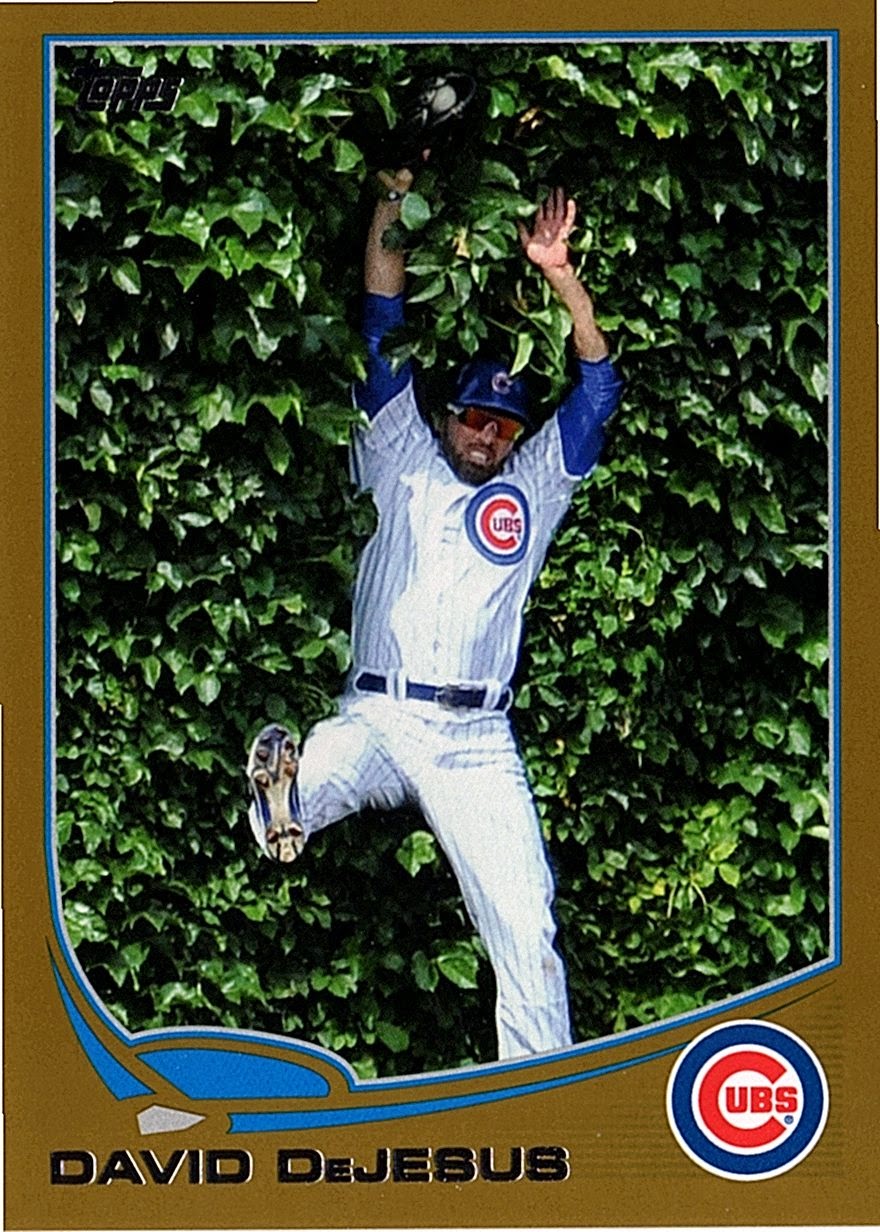 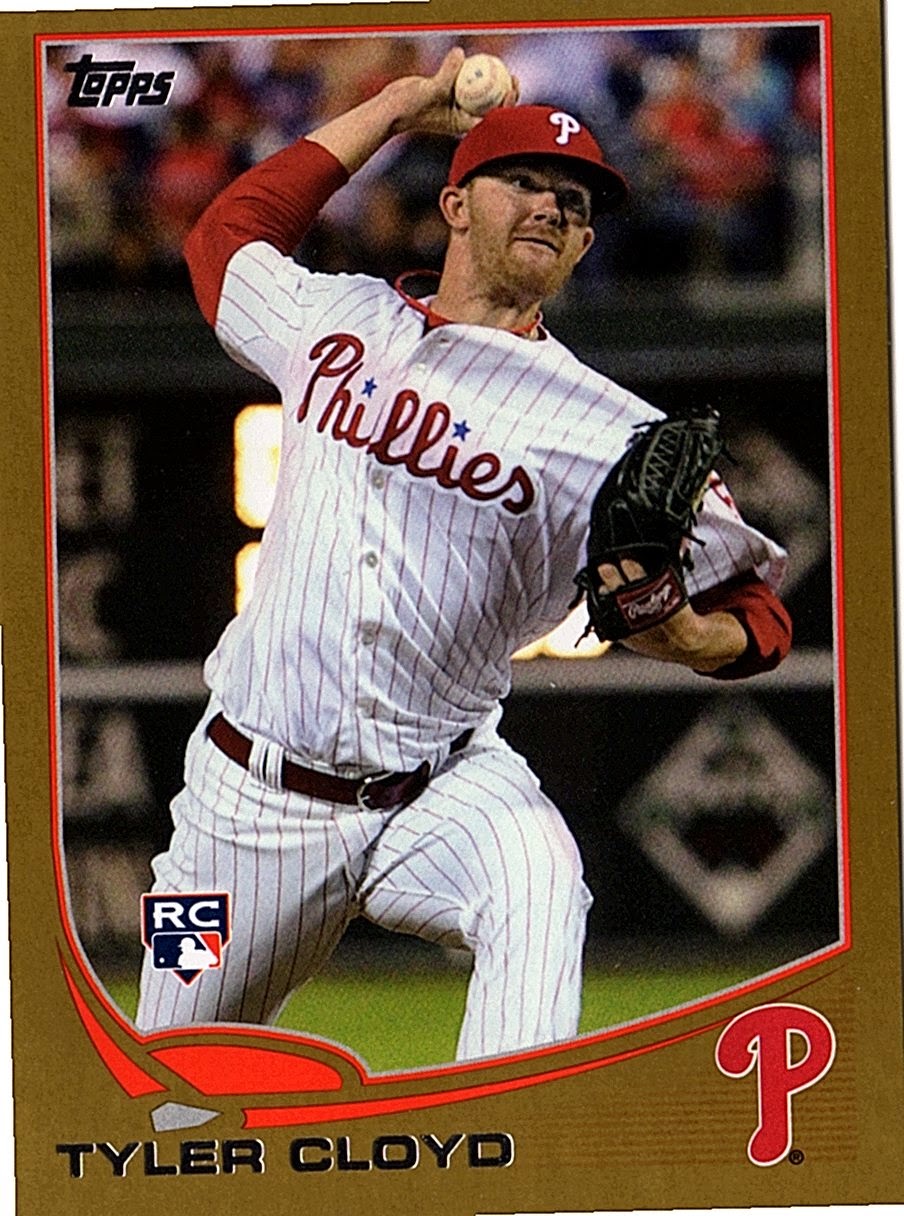 The gold parallels are /62. We pulled three and I hit two of them for myself. No big names but the DeJesus card is a cool shot. Kevin's parallels were some big names and lower numbered.....

All was not lost for me though as I made a pretty rare pull. 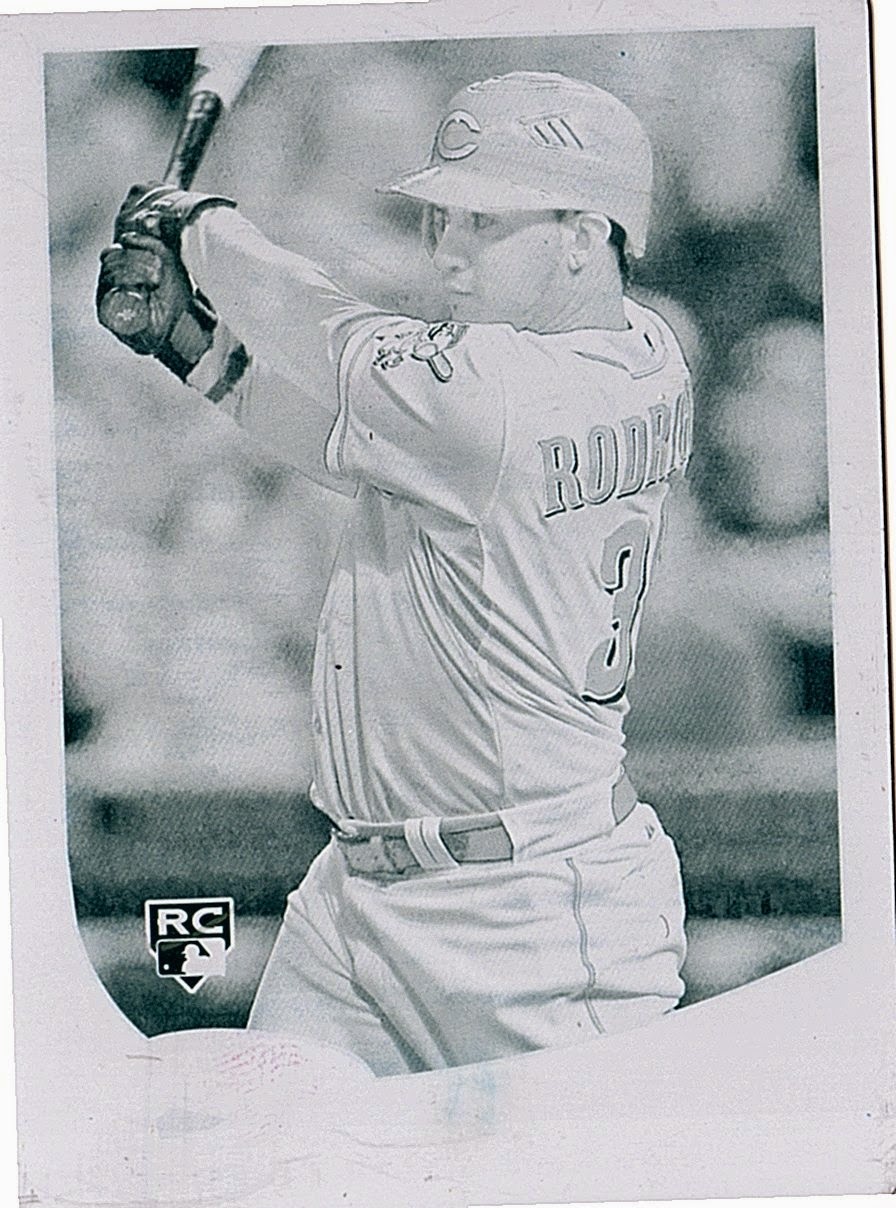 Henry Rodriguez Cyan printing plate. I think this is only the second plate I've ever pulled. While not a big name it was still pretty exciting to get a rare pull. Once you see Kevin's post in a week or two you will understand why this box was a real winner.

Our whole idea was to make it as fun as possible with the least amount of work for the person opening the packs. I would say we did pretty well on both accounts. Two low end boxes yielded some unique cards.

Kevin will be hosting the next break in April so he is now on the clock!